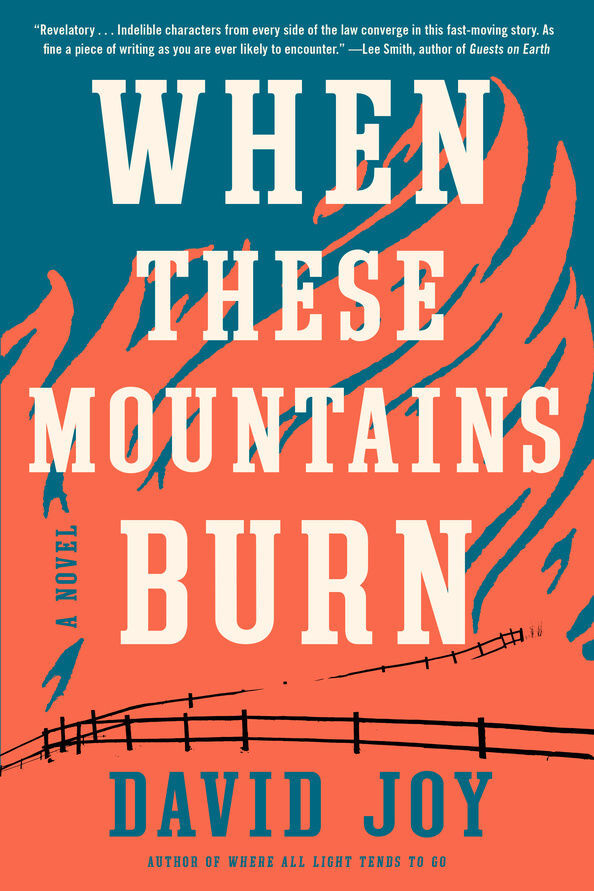 ‘When These Mountains Burn’ is David Joy’s fourth novel. 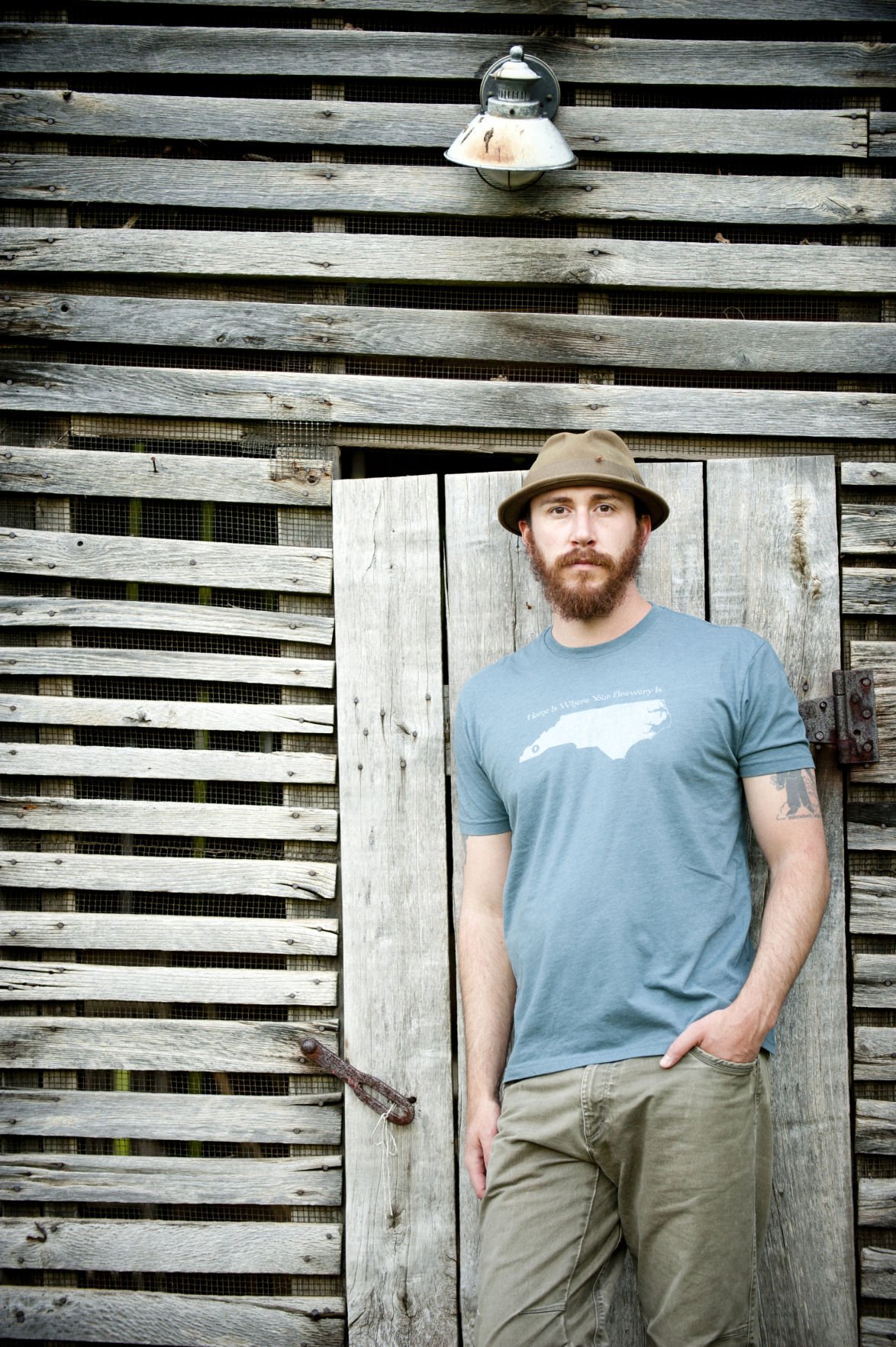 ‘When These Mountains Burn’ is David Joy’s fourth novel.

David Joy is not only one of the most brutally authentic writers working in Appalachia today, his evolving novels are quickly becoming a touchstone for a culture that is on the edge of extermination.

His new work follows the continuum. As with earlier books, “When These Mountains Burn” (Putnam), is populated with broken people making impossible choices that result in tragic outcomes.

But Joy’s fourth work of fiction is about more than these individuals. The lives of Ray Mathis, his addict son, Ricky, and niece and deputy Leah Green, the small-time thief Denny Rattler and DEA agent Ron Holland intersect in a time and place that Joy knows well — the 2016 Tellico fire and the opioid crisis, both consuming Western North Carolina.

Savagely honest, Joy’s story details retired forester Mathis’s decision that, finally, enough is enough as he witnesses his 40-year-old son hit bottom again and again. Ricky steals his dying mother’s pain medication, pawns anything worth of value in the family home and puts Ray in a do-or-die situation in which he must decide between his life savings and his son’s death at the hands of a dealer.

Fleshing out the outcome of that decision is an excellent crime story, but there’s more to that. At its heart, “When These Mountains Burn” isn’t about Ricky, or Ray, the Cherokee Nation or the vengeance that is so critical to the plot. “When These Mountains Burn” is the story behind the progression of what Joy has called “cultural extinction,” told through the reflections of its characters as fire burns tens of thousands of acres of land.

Joy recently agreed to speak with Ashe Post & Times about both those reflections and his new novel. The following interview has been edited for clarity and length.

Tom Mayer: Like another great Appalachia writer, Ron Rash — to whom you dedicate this book to as “mentor and friend” — place is critical to your novels. What is it that keeps you coming back to this region in your writings?

David Joy: I’ve said this a lot in the past, but it’s the truth and that’s that I just don’t know anything else. I write very specifically about Jackson County, N.C., which is where I live. It’s a particular part of Appalachia, in that this isn’t coal country. This isn’t Eastern Kentucky or West Virginia. This isn’t even Macon County or Haywood County, our neighbors to the west and east. People get the notion that you can talk about the region as a whole, as this singular thing, and maybe some folks can, but I’m not trying to do that. I’m trying to capture what’s just off the porch. I’m writing about one small place and it’s because I know it well.

TM: You detail the opioid crisis of Western North Carolina and Appalachia with great validity, and you specifically use the words “these mountains” in the title. Is the problem worse here, or is the novel more of an example to spotlight a national concern?

DJ: A lot of my novels’ titles have been phrased that way — this world, these mountains — and it goes back to that first answer in that I’m writing about a very specific place. As far as Appalachia as a region with respect to the opioid crisis, yes, absolutely it’s been worse here. All you have to do is look up a distribution map of where the majority of prescription opioids were sent in this country, and this region, these mountains show up like a bruise. This place was systematically targeted by Purdue Pharma. That’s not something that’s up for debate. There was a geography to how these drugs were distributed. There were 42,000 opioid overdose deaths in 2016, and of the five states with the highest number, four of those five were in Appalachia.

TM: You use the Tellico fire as a metaphor in the story — following a news report, Ray even muses that “maybe it would be better if the whole world burned away into nothing” — but it’s also a very real presence. Beyond using the fire as a way to timestamp the story, is wildfire a growing threat? An environmental cause for alarm?

DJ: I set this story very specifically in the fall of 2016 because I think that moment in time, for a lot of us, felt like the world was ending. That’s largely what this book is about is about — a group of characters who feel that they are witnessing an end to everything they’ve ever known. But, yes, wildfire is absolutely a growing threat. Environmental disaster is a growing, looming, inevitable threat. As climate change continues to create more and more drastic weather patterns, these sorts of extremes are just going to worsen. With regards to the fires specifically, I think we’ve mismanaged a lot of forests here in the east, and by mismanaged I mean that we’ve had little to no management for decades. There hasn’t been timber harvest. There hasn’t been prescribed burns. What we’ve got is 30 years of fuel built up. So you have an incredibly dry year like we had in 2016, it’s inevitable. We’re sitting on a giant tinderbox.

TM: Certainly one way of reading the novel is about Ray’s quest for vengeance, the opioid crisis and the environmental damage that threatens life today. But in tying these things together, they drive what you’ve called “cultural extinction.” As you write in this book: “It wasn’t just a matter of economics. It wasn’t the drugs. It was an abandonment of values. It was trading work for convenience. It was marking the nearest Starbucks as a place more important than the front porch.” That’s a powerful statement. Is this where we’re headed, or are we already at the point of no return?

DJ: I think we’re long past the point of no return. We’re a generation away from cultural extinction. And that’s not just an Appalachian reality, that’s a rural reality.

TM: I’m wondering, though, where the blame lies for this cultural evolution? Is it solely on a new generation that greedily wants more and with less effort than their parents had, or is that older generation also guilty with its best intentions? Again, from the book: “Those who stayed raised their children to do better. They told them to go to college. They told them to get an education so that they could find a good job, one that didn’t leave their hands callused, their skin cracked, their bones broken and mended. We don’t want you to have to work like we did. That was what they said and it was a noble thought with an ominous end. Instead of remaining rooted to the place that carried their name, they took their names with them when they left.” Are we today misguidedly eradicating our own culture?

DJ: It’s certainly not a new generation. This isn’t a new problem. This is a product of placing dollars ahead of people for 250 years. As far as addressing what’s happening specifically where I live, so speaking in terms of Western North Carolina and more specifically Jackson County, it’s rural gentrification that’s directly tied to an unwillingness to recognize tourism as an extractive economy. For decades they’ve shoved tourism down our throats like it was our savior, like there would be no consequence. We’re being priced out. We’re becoming bedroom communities for larger, more urban centers.

And that’s something that’s just going to worsen as working remotely becomes more commonplace. For a long time I’ve been very adamant about rural connectivity, so broadband, being key to leveling the playing field in a growingly online economy. But the truth is, the minute we get that connectivity all we’ve really done is made it easier for outside wealth to move in. The median price of a home in San Francisco is $1.3 million. Why would someone pay that for a home to fight traffic everyday for an hour if they could live in a place like this on a hundred acres and do their job remotely? In the end, the history of every place is a story of displacement, and right now it’s mountain people who are experiencing that turning of the tide.

TM: Another powerful statement in the novel comes from your epigraph, “I love the helpless people I loved,” from the poem by the Pulitzer Prize-nominated poet Maurice Manning. But the next part of that verse and ensuing stanzas you don’t include: “That’s what a little boy will do, but a grown man will turn it all to sadness and let it soak his heart until he wrings it out and dreams about another kind of love.” Ray and other grownups struggle with memories and reflections throughout the novel. At the end of the book in what sets up a passage from there to the end — and that made me think I had wandered wonderfully into a Thomas Wolfe novel — is this, “There was a forever that came from the remembering, and that single thought struck Raymond Mathis as the most beautiful thing his mind had ever conjured.” Are our feelings of memories forever tied to the past, or do they shift based the decisions, actions and outcomes we experience today?

DJ: I think we’re nostalgic creatures by nature. What separates us from every other animal on the planet is that above all else we are storytellers. As long as the words are spoken there is no end. That’s a powerful, powerful thing. The story may be as close as we can come to immortality.