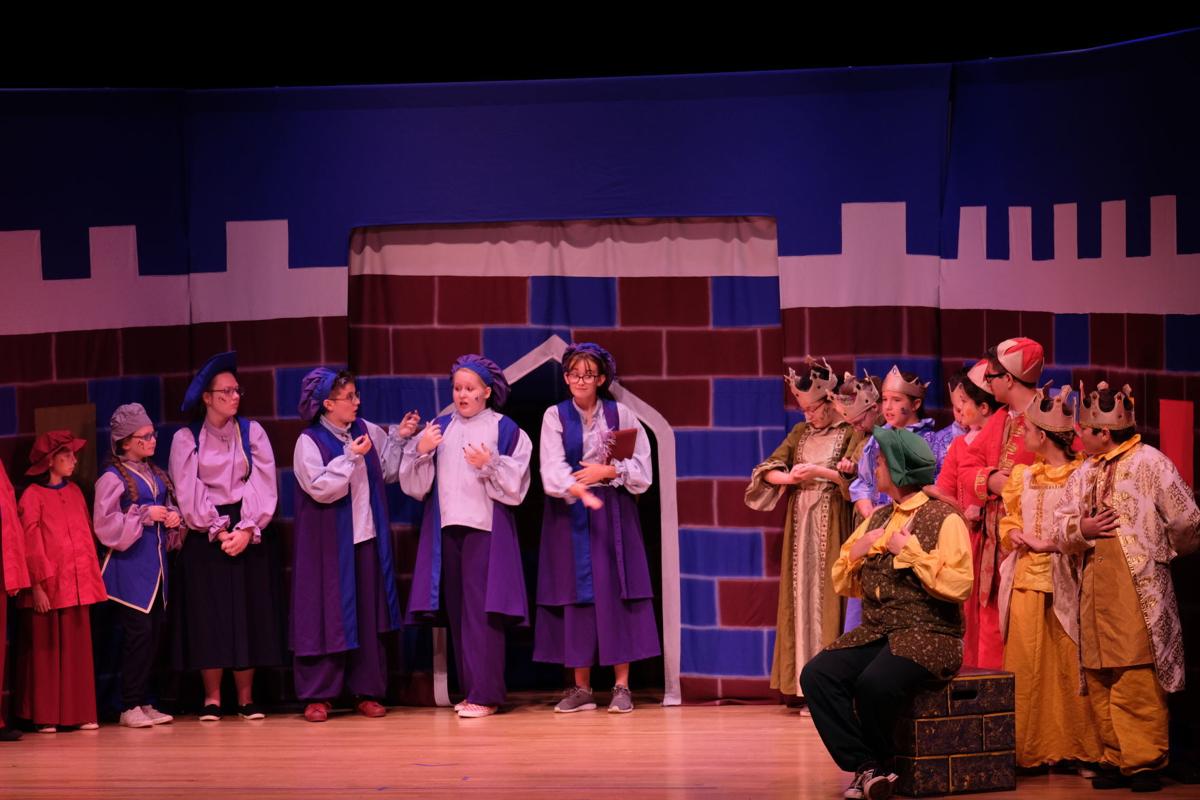 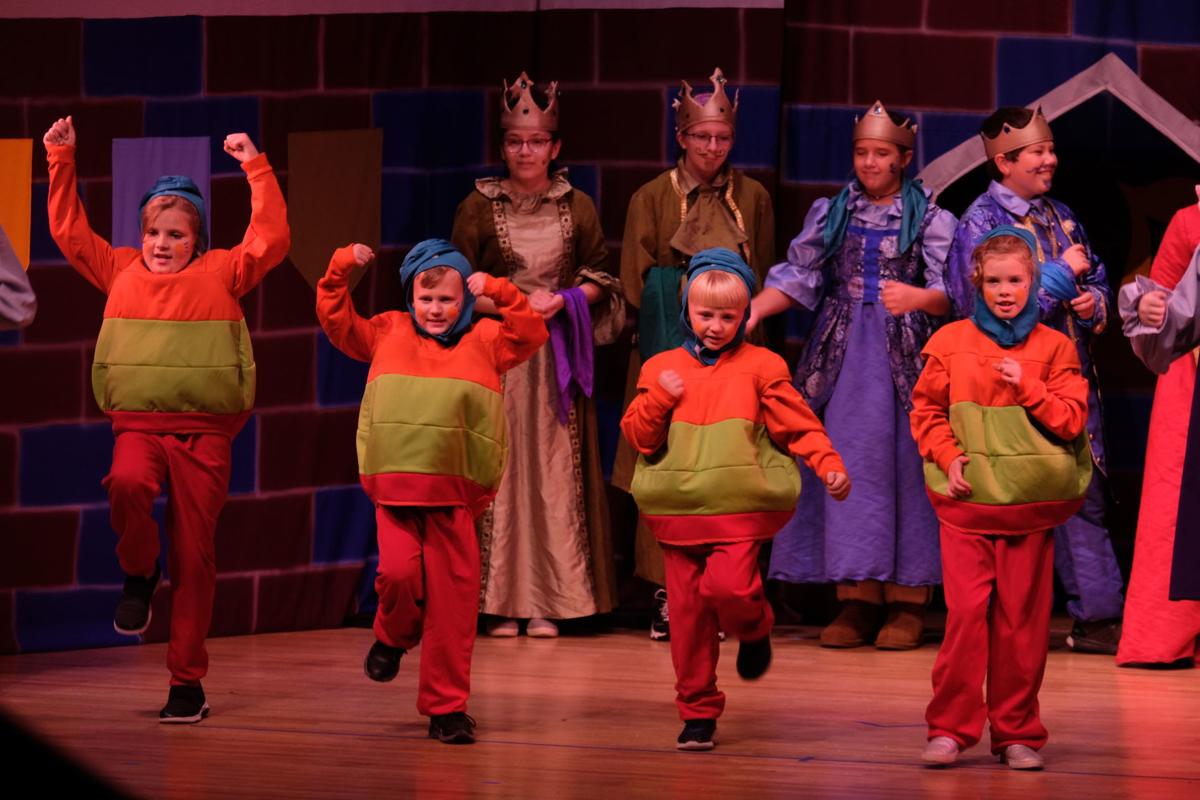 In the Missoula Children’s Theatre performances of ‘The Emperor’s New Clothes,’ the Royal Silkworms were played by Corben Edmisten, Delia Gambill, Dalton Nethery and Ginny White.

In the Missoula Children’s Theatre performances of ‘The Emperor’s New Clothes,’ the Royal Silkworms were played by Corben Edmisten, Delia Gambill, Dalton Nethery and Ginny White.

WEST JEFFERSON — The Ashe County Civic Center hosted two performances of “The Emperor’s New Clothes” Saturday, Oct. 26, with all of the roles being played by local students.

The title character of the Emperor was played by Lane Miller. Other featured performers included Corrie Owen as ManyPenny, Karlie Ellison as Royal Scholar Roxy and Chelsea Price as Royal Scholar Red. The Kings were Sarah Brandt, Kevin Butler, Scott Butler and Alec Dancy and the Queens were played by Deanne Butler, Stella Kiser, Ren Shepherd and Grace Zelesky. The Money Council was performed by Alicia Deardorff, Skylar Jones, Lilliana Mayberry, Skyler Warren and Whitley Younger. Gem was played by Jaylee Shoemake, while the Royal Jeweler was Norah Hampton. Audrey Satterwhite was Boots and the Royal Cobbler was Claire Houck. The Royal Hatter was played by Hannah Mireles-Madrigal and Kaylee Ellison played Lid. The Royal Tailor was played by Lexi Azpurua and Willow Darnell was Stitch. The Royal Silkworms were played by Corben Edmisten, Delia Gambill, Dalton Nethery and Ginny White.