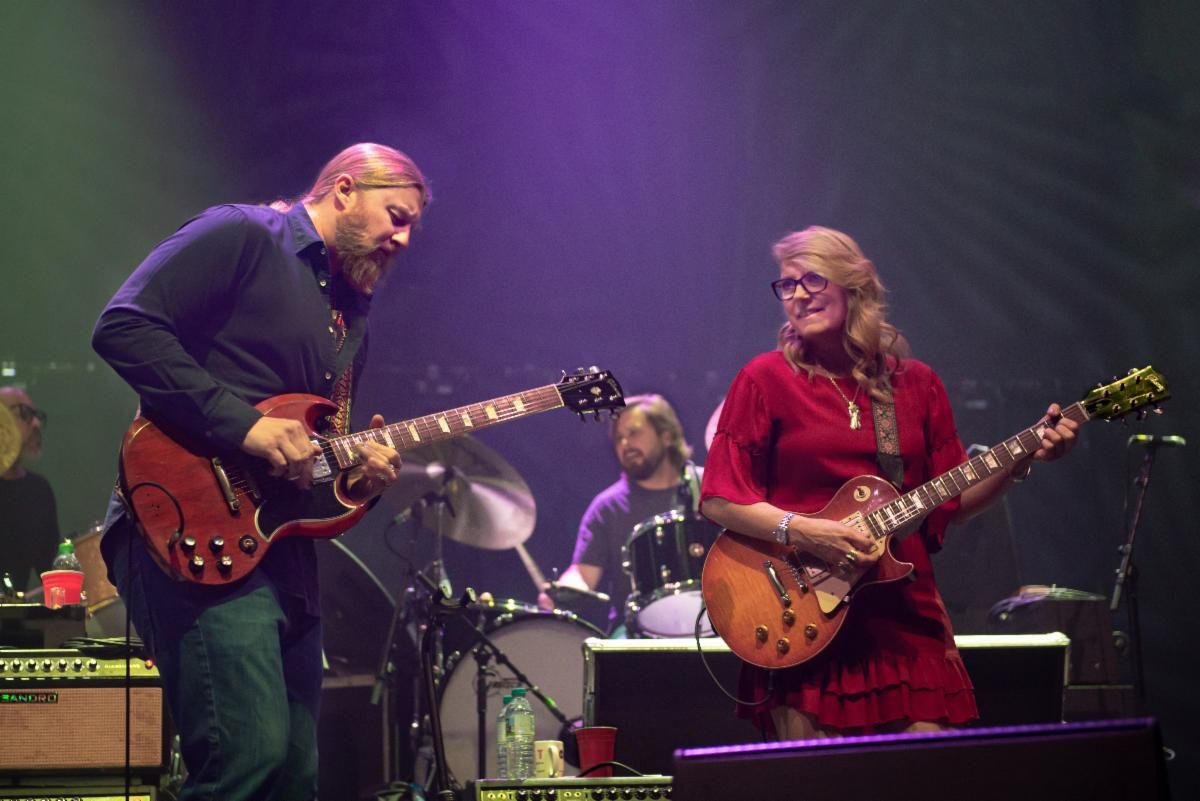 Tedeschi Trucks will appear at MerleFest this September. 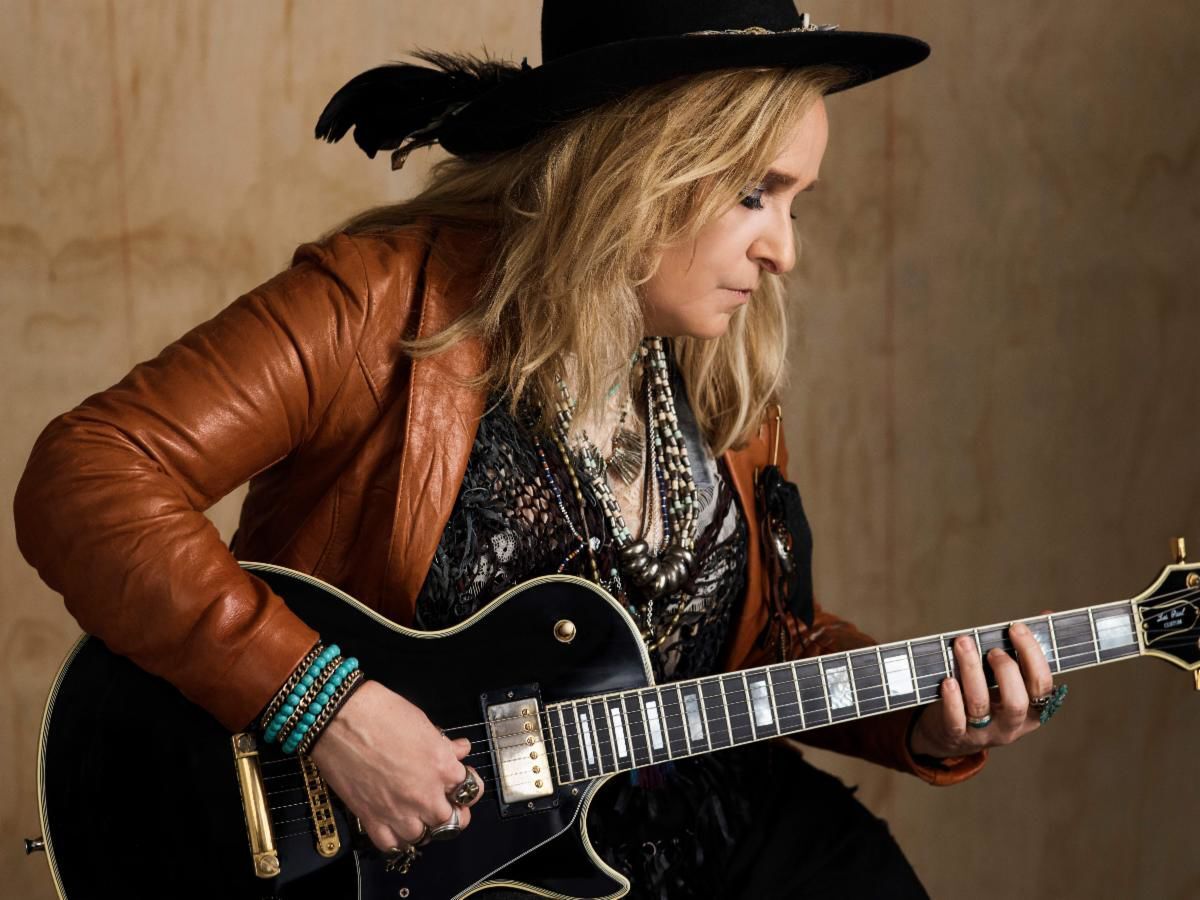 Melissa Etheridge will be performing this September at MerleFest in Wilkesboro. 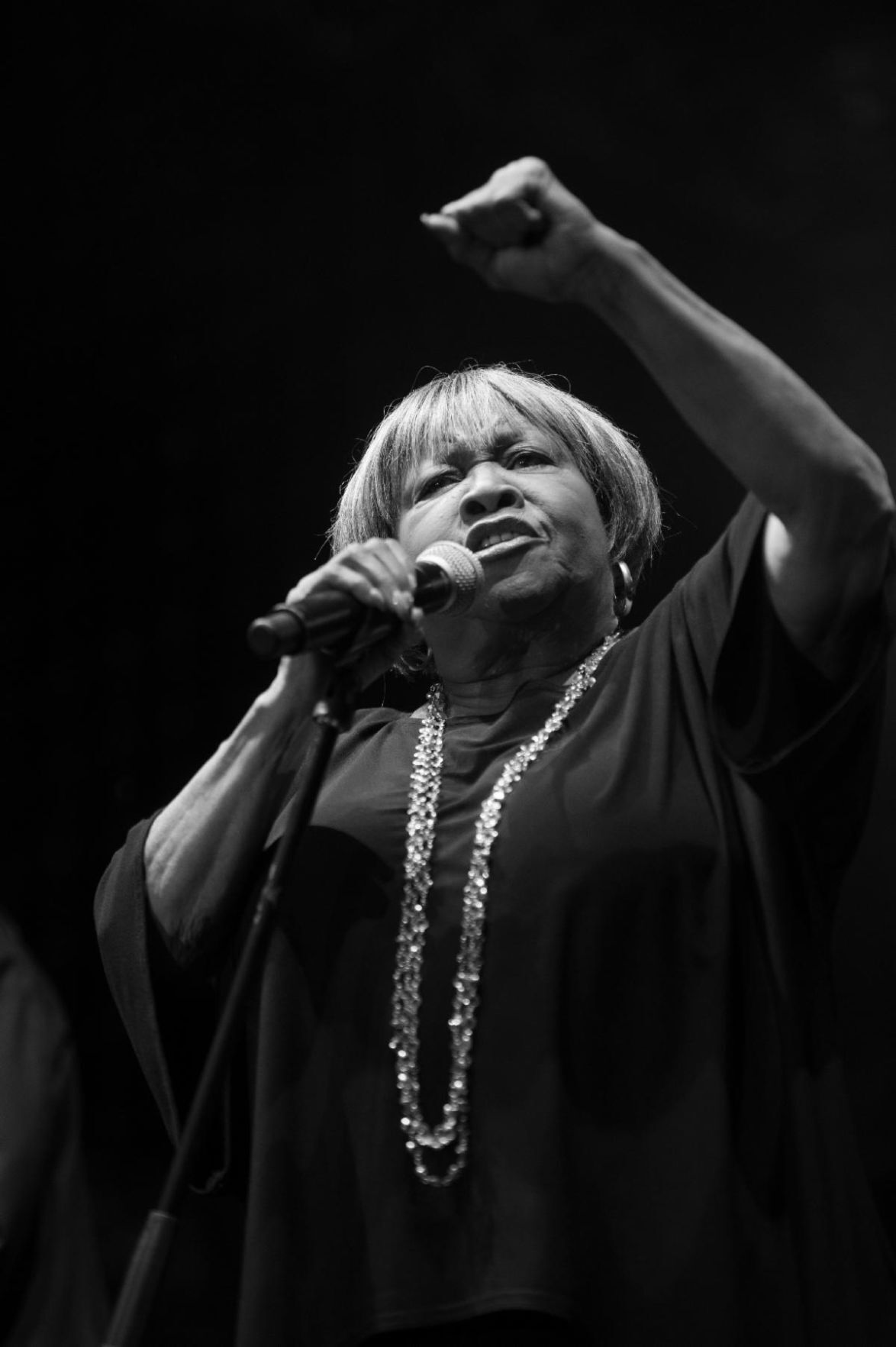 Mavis Staples was one of the first performers announced by MerleFest officials to appear at this September's event. 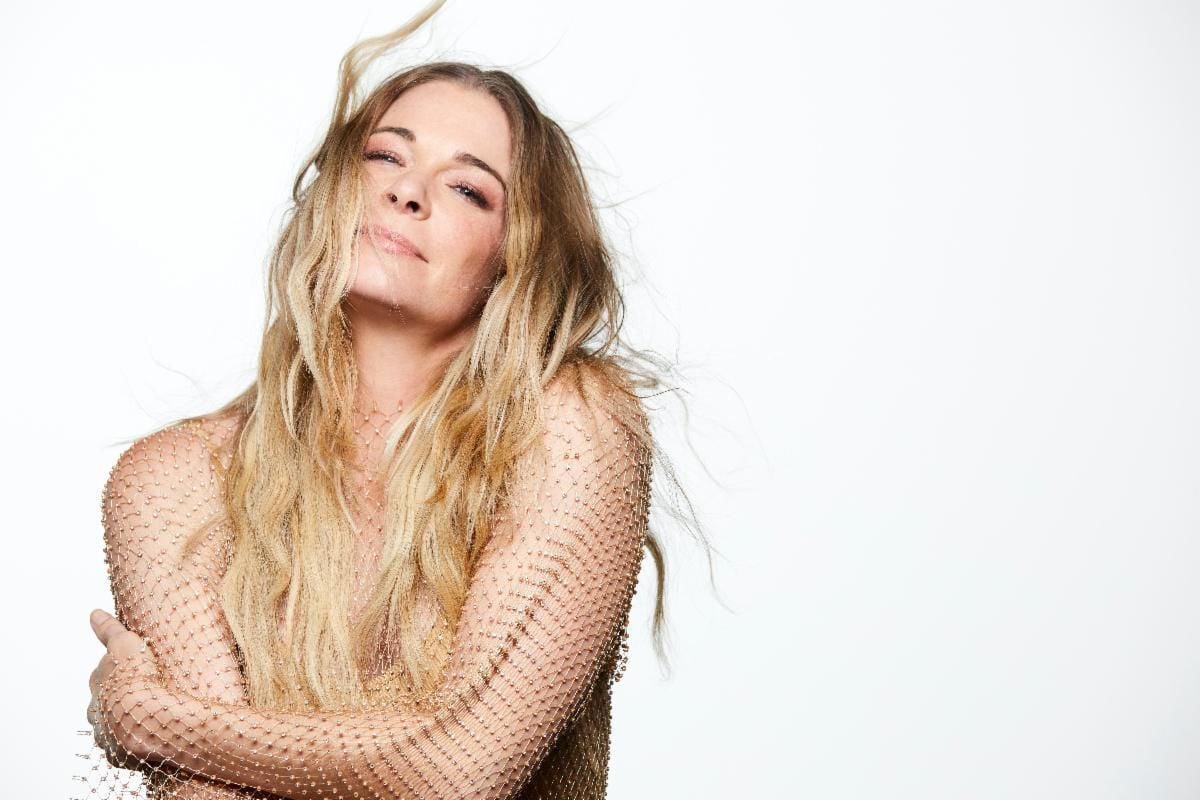 WILKESBORO — MerleFest officials announced the first round of performers for MerleFest 2021, which will take place Thursday-Sunday, Sept.16-19. Tedeschi Trucks (Friday), Melissa Etheridge (Sunday), Mavis Staples (Sunday), LeAnn Rimes (Friday), Sam Bush (Saturday), Donna The Buffalo (all 4 days), Scythian (Thurs., Fri., and Sat. performances), and The Waybacks (Fri. and Sat.) will be joining the annual homecoming of musicians and music fans on the campus of Wilkes Community College in Wilkesboro, in the foothills of the Blue Ridge Mountains. Additional artists scheduled to perform will be announced in the coming weeks. Tickets will go on sale June 10.

After a decade of creative partnership between singer/guitarist Susan Tedeschi and her husband, guitarist Derek Trucks, the artistic foundation of the Grammy-winning Tedeschi Trucks Band, their performances carry a distinguished reputation earned from both audiences and critics as one of the premier live duos and bands in the world. Embracing improvisation over convention, the collective is adept at exploring almost any musical territory and paying homage to an extensive canon of influences. Their genuine respect both individually as well as within the band’s ranks is evident on stage. Trucks’ masterful guitar skills and Tedeschi’s soaring vocals and bluesy guitar shine but don’t overpower the breadth of talent, happily yielding the spotlight as needed in service of what the song deserves.

As circumstances currently prevent the 12-piece ensemble from touring safely, the group returns in the summer of 2021 in a new form, billed as Tedeschi Trucks “Fireside Live,” as a nod to their band members back at home. With a total band configuration ranging between four and seven musicians slated to appear, these special shows, inspired by their recent online live streamed ‘Fireside Sessions’, are long-awaited by band and fans alike. Anytime, anywhere this musical family gathers is an opportunity to witness something rare, deep, and powerful. They perform Friday.

Melissa Etheridge stormed onto the American rock scene in 1988. For several years, her popularity grew around such memorable originals as “Bring Me Some Water,” “No Souvenirs,” and “Ain’t It Heavy,” for which she won a Grammy in 1992. Etheridge hit her commercial and artistic stride with her fourth album, “Yes I Am” (1993). The collection featured the massive hits, “I’m the Only One” and “Come to My Window,” that brought Etheridge her second Grammy® Award for Best Female Rock Performance. In 1995, Etheridge issued her highest-charting album, “Your Little Secret,” which was distinguished by the hit single, “I Want to Come Over.” Her astounding success that year led to Etheridge receiving the Songwriter of the Year honor at the ASCAP Pop Awards in 1996. Known for her confessional lyrics and raspy, smoky vocals, Etheridge has remained one of America’s favorite female singer-songwriters for more than two decades.

In February 2007, Melissa Etheridge celebrated a career milestone with a victory in the “Best Song” category at the Academy Awards for “I Need to Wake Up.” Earlier in her recording career, Etheridge acknowledged her sexual orientation when it was considered less than prudent to do so. In October 2004, Etheridge was diagnosed with breast cancer, a health battle that, with her typical tenacity, she won.

In the last few years, Etheridge has released “This Is M.E.,” “Memphis Rock & Soul,” “The Medicine Show,” and has launched her own live streaming subscription and single ticket concert platform, Etheridge TV. Etheridge plays five unique shows Tuesday-Saturday at 6 p.m., and has done more than 200 live streams in 2020. Melissa Etheridge will perform on Sunday afternoon

“I’m the messenger,” Mavis Staples says on her 80th birthday. “That’s my job — it has been for my whole life — and I can’t just give up while the struggle’s still alive. We’ve got more work to do so I’m going to keep on delivering my message every single day.” That message — a clarion call to love, to faith, to justice, to brotherhood, to joy — lies at the heart of ‘We Get By,’ Staples’ spectacular twelfth studio album and first full-length collaboration with multi-Grammy Award-winner Ben Harper. Backed by her longtime touring band, Staples breathes extraordinary life into Harper’s compositions on the record, delivering roof-raising performances with both a youthful vigor and a commanding maturity. The arrangements here are spare but weighty, matched by Harper’s suitably lean and thoughtful production, and Staples seizes the opportunity to showcase her remarkable evolution as an artist, one still growing and exploring more than half a century into her storied career. ‘We Get By’ is undoubtedly a timely collection, arriving in the face of deep social divisions and heightened political tensions, but like everything Staples touches, it’s also larger than any particular moment, a timeless appeal to the better angels of our nature, assuring better things ahead. Mavis Staples will perform on Sunday afternoon.

LeAnn Rimes is an international multi-platinum-selling acclaimed singer and ASCAP award-winning songwriter who has sold more than 44 million units globally, won 2 Grammy Awards; 12 Billboard Music Awards; 2 World Music Awards; 3 Academy of Country Music Awards; one Country Music Association Award and one Dove Award. At 14, Rimes won “Best New Artist” making her the youngest recipient to take home a Grammy Award. LeAnn has been honored with the Ally of Equality Award by the Human Rights Campaign for over 20 years of equal rights support, the 2019 HOPE Award for Depression Advocacy, and the 2009 ACM Humanitarian Award, among other recognitions, solidifying her dedication to making the world a better place.

The powerhouse vocalist lit up television screens this past December as she won “The Masked Singer” on FOX, mesmerizing the crowds as The Sun. Prior to that she starred and served as an executive producer in Hallmark’s “It’s Christmas, Eve,” which earned the highest TV original movie debut to date for the channel premiering to over 4.3 million viewers. Passionate about using her voice to help heal the world, LeAnn released a chant record in November of 2020 called “CHANT: The Human and The Holy (Soul of EverLe/Thirty Tigers).” Rimes continued her wellness journey with the launch of an iHeartRadio podcast, Wholly Human, which brings her lifestyle blog, Soul of EverLe, to life and introduces fans to the teachers and wise souls that have made a positive impact on her life. Next up, LeAnn will release her next studio album, “God’s Work” on June 25th and then will celebrate her monumental 25th anniversary as a recording artist in July, commemorating the release of “Blue.” LeAnn Rimes will perform on Friday evening.

MerleFest officials also remind potential volunteers that the volunteer application period is now open, the Chris Austin Songwriting Contestis accepting submissions until June 15, and applications for vending space in The Shoppes at MerleFest will be accepted through May 31.

Information on all of these can be found at www.merlefest.org.

About MerleFest: MerleFest was founded in 1988 in memory of the son of the late American music legend Doc Watson, renowned guitarist Eddy Merle Watson. MerleFest is a celebration of “traditional plus” music, a unique mix of traditional, roots-oriented sounds of the Appalachian region, including old-time, classic country, bluegrass, folk and gospel, and blues, and expanded to include Americana, classic rock, and many other styles. The festival hosts a diverse mix of artists on its 13 stages during the course of the multi-day event. MerleFest is the primary fundraiser for the WCC Foundation, funding scholarships, capital projects, and other educational needs.