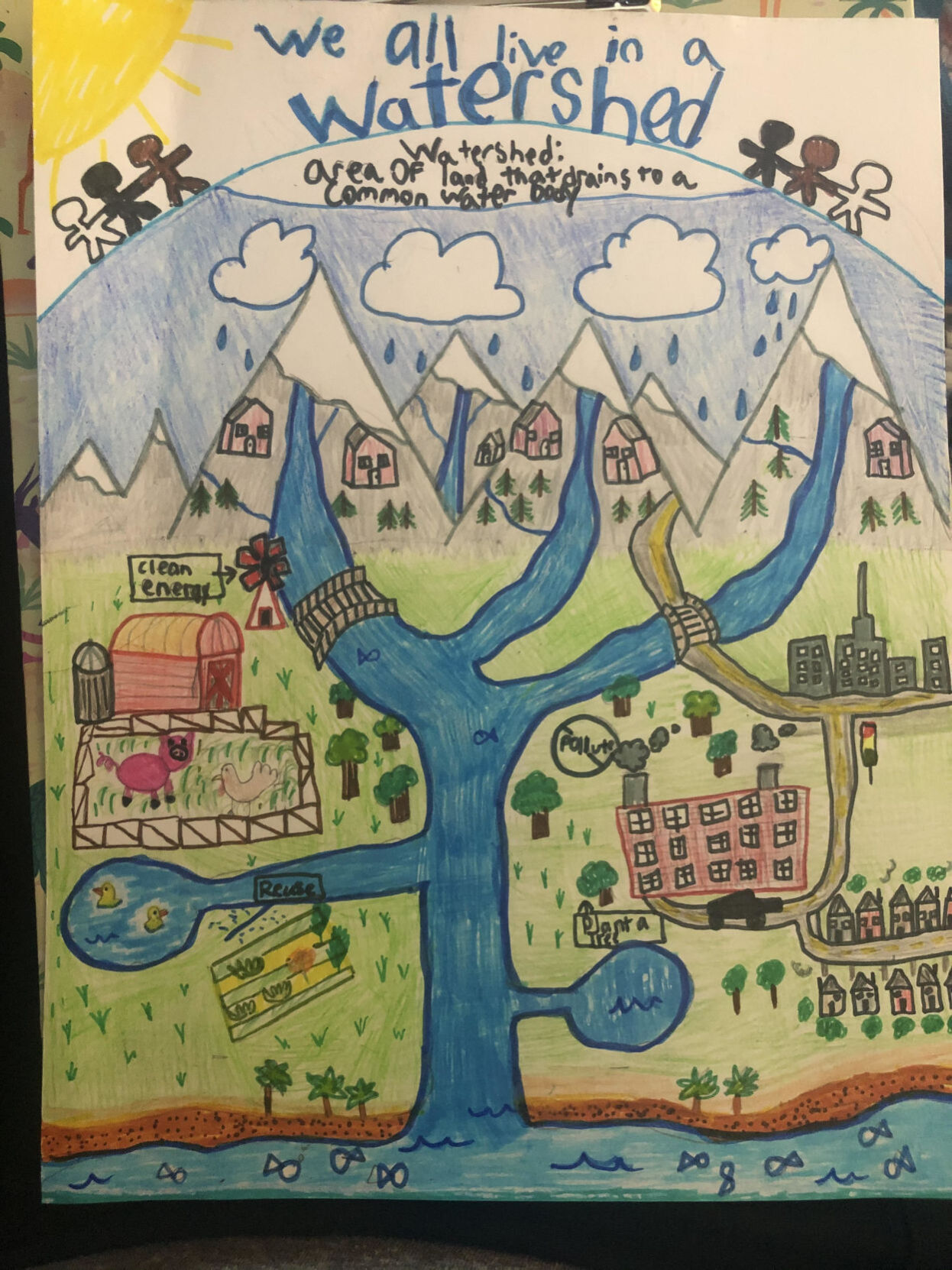 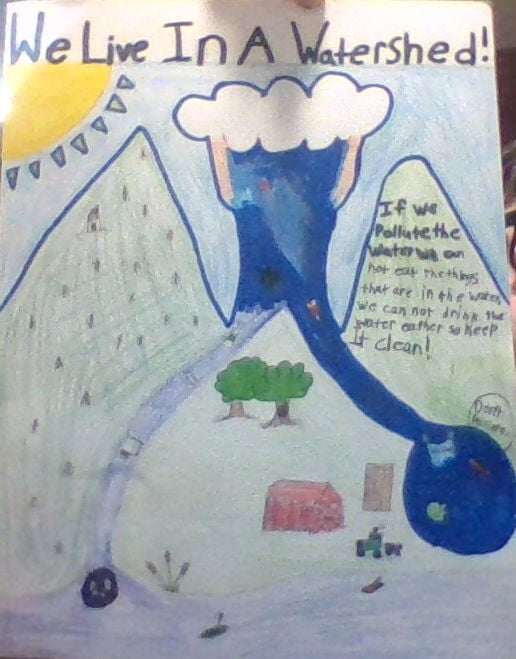 Every year, New River Soil and Water Conservation District offers an optional annual poster contest through the NC Soil and Water Association to Ashe County’s Elementary Schools grades three through five. The contest rotates through different themes every year, and this year’s contest theme was “We All Live in a Watershed.” Students were to draw an eye catching poster that represented the importance of conservation of Watersheds, because in the end, they affect everyone and everything around them.

This contest is usually popular with a lot of participation, but this year’s contest has been very different due to COVID-19. Teachers, students and parents have all faced a learning curve with virtual learning and everyone was exhausted with the new normality of classes. When the competition time rolled around, there was very little participation.

Jessica Hodgson, Education Coordinator for New River SWCD, reached out to the schools, and due to the heavy workload on the students there wasn’t much participation, which was very understandable.

There were four posters received from Mountain View Elementary’s art classes. Three posters from Jorena Spark’s third grade art classes (Piper Johnson, Bruen Diaz, Samuel Young), and one poster from her fourth grade classes (Madelyn Moody). The schools always pick their top winner to send to New River SWCD and they then compete against each other for the District (Local) competition, which took place on Feb. 1. The winners of the District competition were third grader, Piper Johnson in first place and fourth grader, Madelyn Moody in first place. These students’ posters moved on to the Area Contest where they competed with other student’s posters from 11 different counties. The Area Competition was on March 11. Moody went on to win second place in the Area Competition.

“She was overjoyed when she received the phone call from me about her winnings,” said Hodgson. “She is a returning poster contest winner, as she won second place in the Area Competition last year as a third grader.”

Johnson was the champion in the Area Poster Contest for third grade, taking first place in Area, and moving on to the State Competition.

“Piper and her mother were so excited, and Piper couldn’t believe she had won against all of the other 3rd graders,” Hodgson said. “They were both happy to hear the news of her placement in the contest.”

The state competition was held on Friday, April 16, and New River SWCD was very happy to see that Johnson had won first place for the North Carolina Soil and Water Association Poster Contest. An amazing triumph for this talented young girl. Johnson and Moody will receive monetary awards, certificates, plaques and medals from the different levels of the contest that they made it to. This contest is a big deal for students to be able to creatively learn more about their environment, but also an opportunity to have fun and win prizes for doing so.

What wonderful achievements for Johnson and Moody to walk away with, showing their knowledge on conservation of watershed and displaying their wonderful art skills. New River SWCD staff and supervisors are grateful and proud of all students who participated in this years contest. These students showed that even in their most trying times of education during this pandemic, all need to stop and take a look at the world around us and how we are impacting it, because even though our world has changed, our real world still needs our attention.