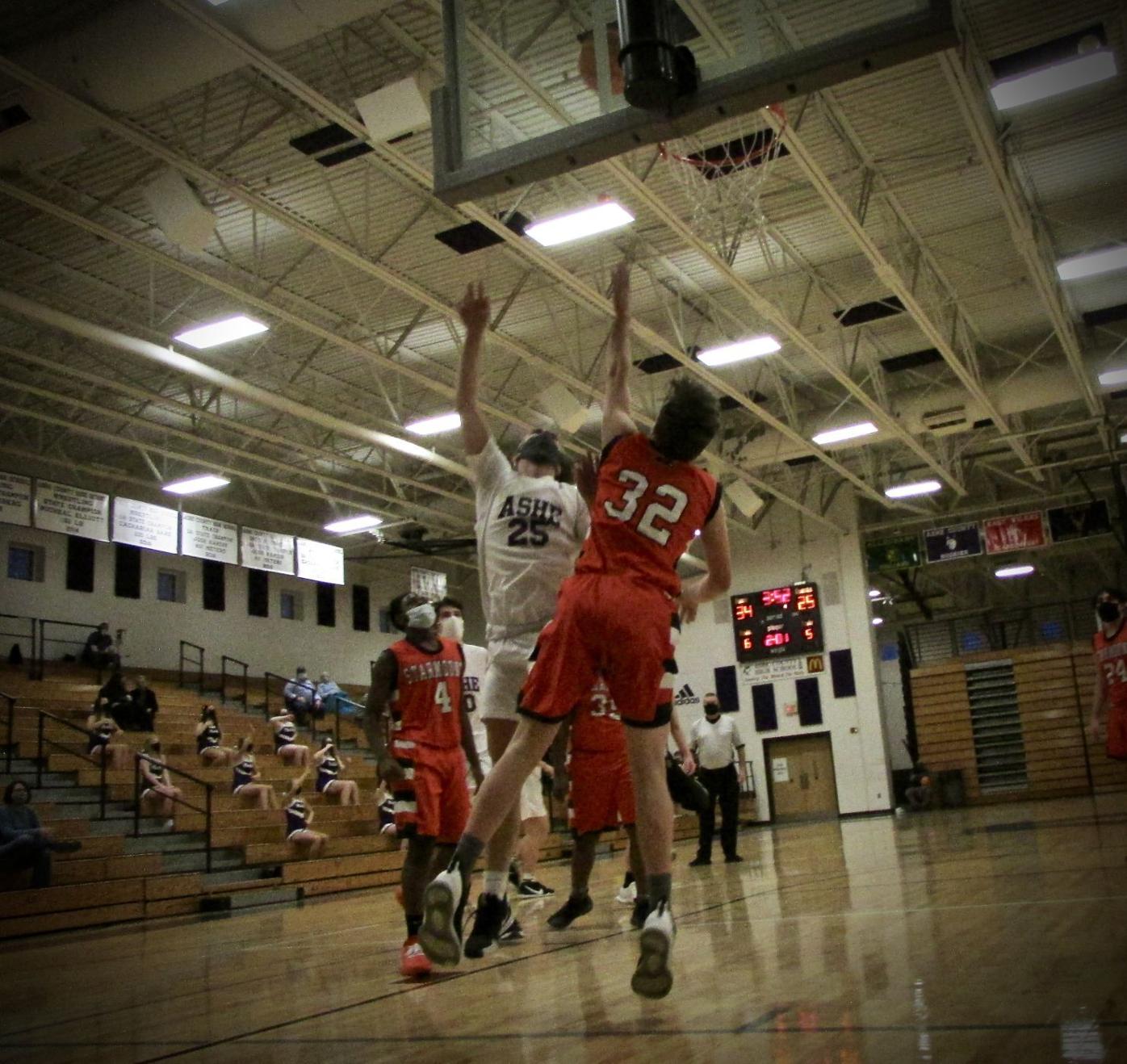 Sawyer Eller lays the ball up into the Huskies’ hoop during a Feb. 4 game. 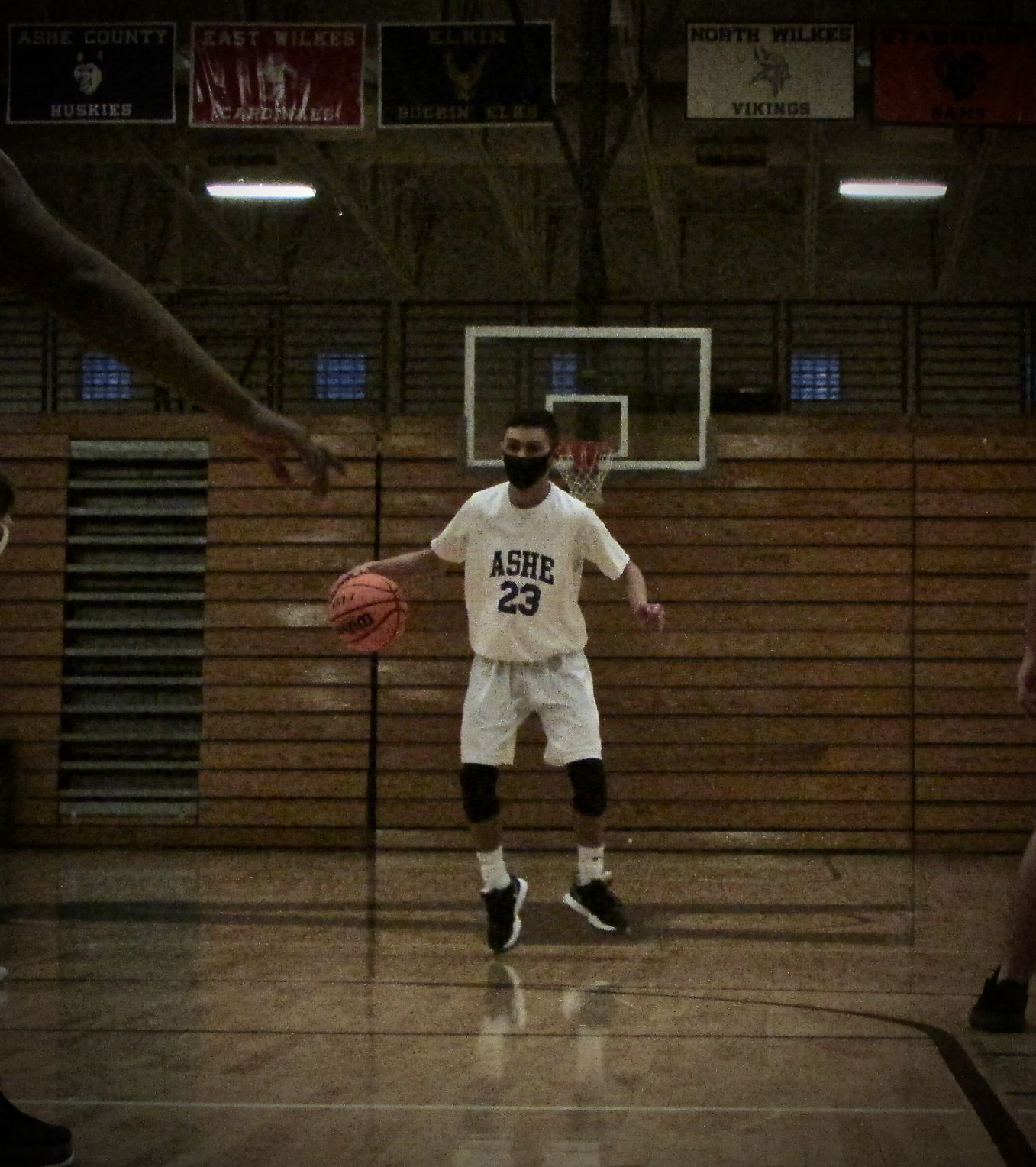 Bryce Little sets up a play as the Huskies lead themselves into victory.

Sawyer Eller lays the ball up into the Huskies’ hoop during a Feb. 4 game.

Bryce Little sets up a play as the Huskies lead themselves into victory.

Beginning the game, victory was already in sight as the boys teamed up against only five Ram’s players, starting off slow.

Starmount had to pull players from their varsity team to play in the JV game, which gave the Huskies an advantage of switching out players and giving equal play time.

From both teams, the first half held a sleepy start as they struggled to hold onto the ball and put it in the net. The Huskies built up strength as they zoned in on their defense and handled a few turnovers.

As the half went on, the Rams seemed to step up their game and find themselves only a point behind the Huskies. Ending the second quarter, the Huskies led 17-16.

Ashe’s Grayson Huffman built up energy throughout the second half as he often drove the ball straight into the hoop.

Both the Rams and the Huskies were steady on the fouls, playing good and fair defense. However, as the third quarter continued, the Huskies gained more of a lead through their quick passes and strong sportsmanship as they often found an open player to sink the ball through the basket.

Ashe sophomore Wesley Thompson held the play of the night as he quickly stole the ball from his defender and made it down to his home court, dunking the ball and also gaining a foul along with it.

The Rams seemed defeated as the clock wound down and couldn’t score as the Huskies’ defense was too tight.

The Huskies never looked back as they took a 12-point win.

The boys also brought home another victory on Feb. 5 against the North Wilkes Vikings, leading 57-42.

They took to the court again on Feb. 8 at Elkin.