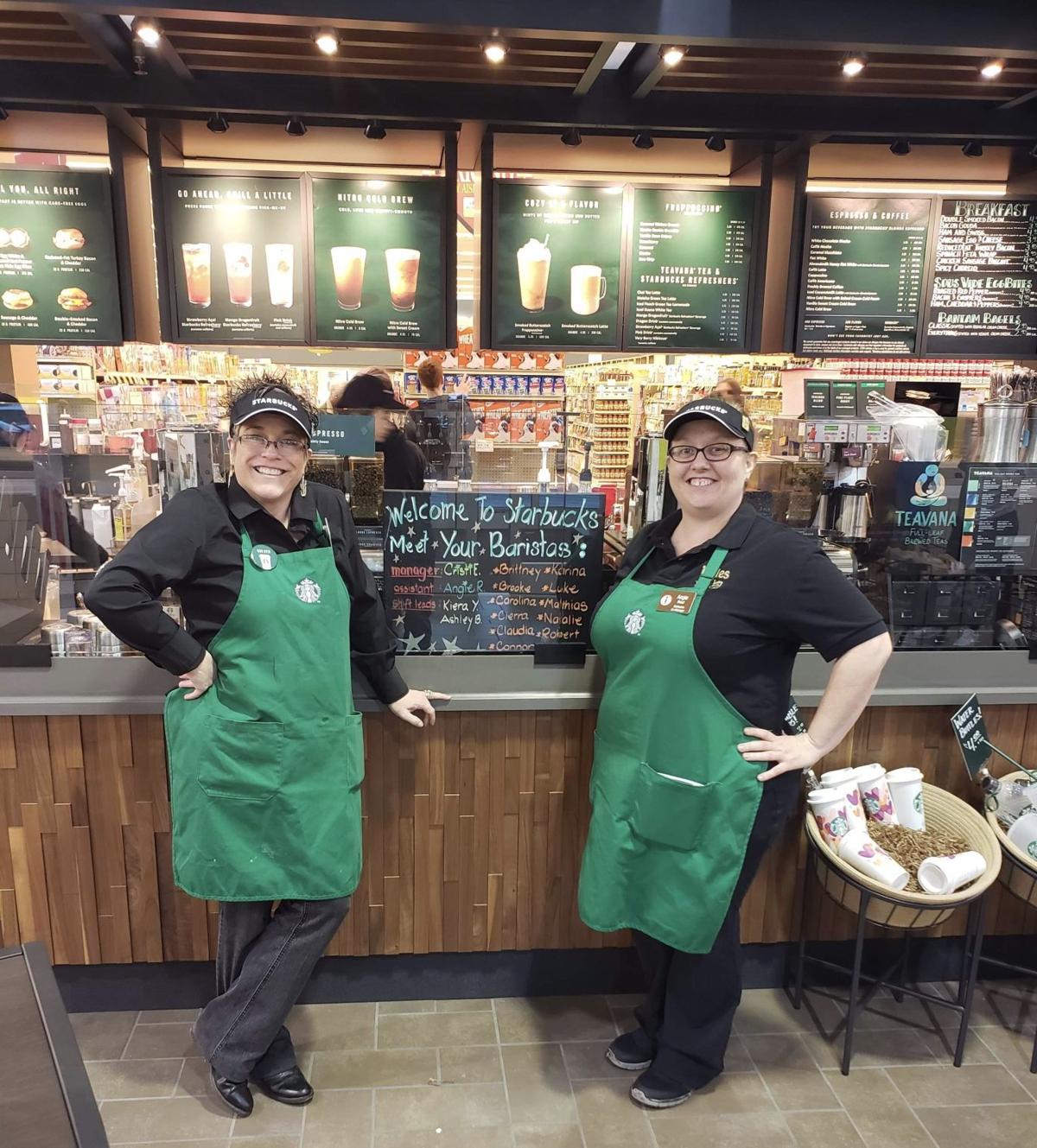 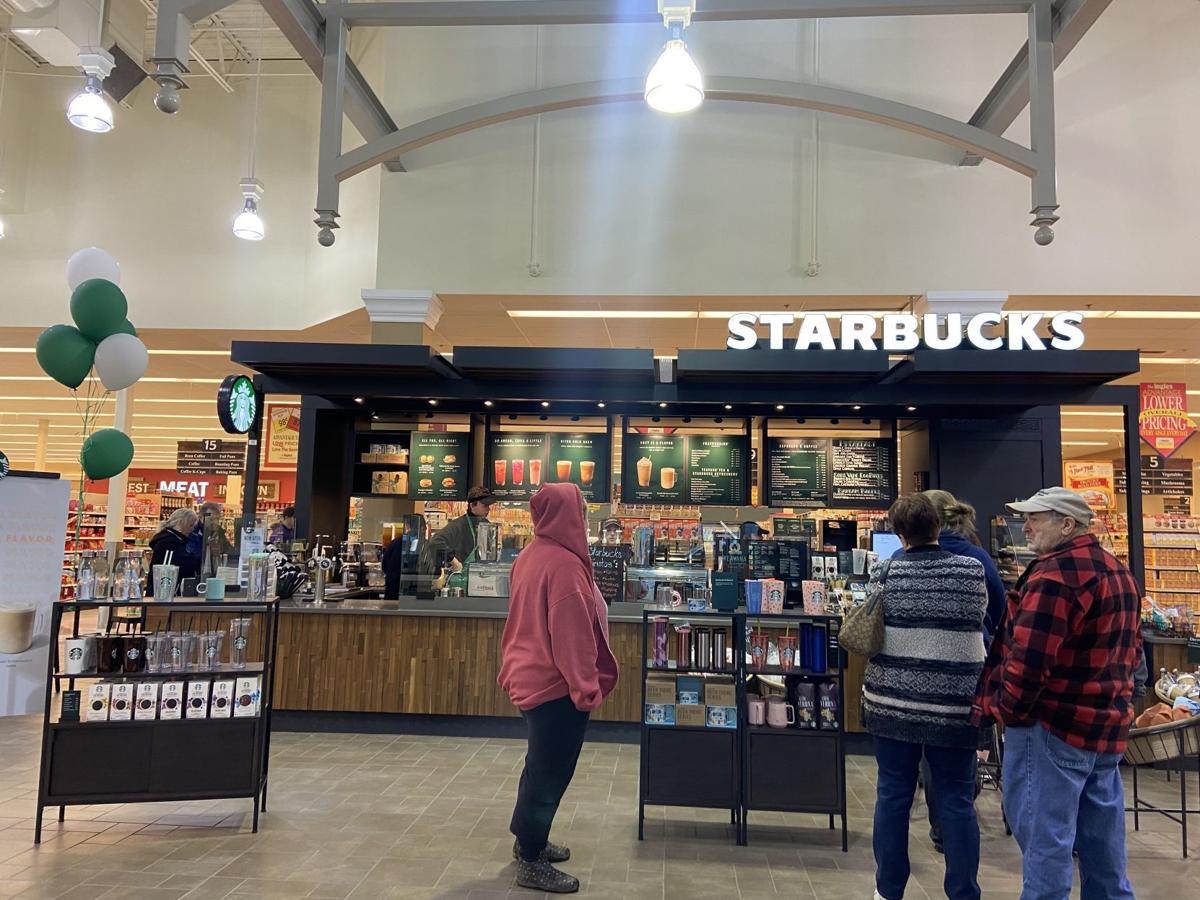 Customers wait in line at the brand new Starbucks kiosk during the first weekend it is opened for business. The Starbucks opened to the public on Jan. 8 as part of the store's remodel sale.

Customers wait in line at the brand new Starbucks kiosk during the first weekend it is opened for business. The Starbucks opened to the public on Jan. 8 as part of the store's remodel sale.

WEST JEFFERSON — The Starbucks kiosk located inside of Ingles grocery store officially opened for business on Jan. 8 at 6 a.m. as part of the store’s grand re-opening.

All of the employees who work at the store’s new Starbucks completed an extensive training program in order to learn how to make all of the drinks and familiarize themselves with Starbucks standards.

Cristi Ebel Tucker, manager of the Starbucks, said how pleased she is with how smoothly operations have been running. She feels that it will serve as a big booster for the county in general because people will no longer have to drive to Boone to get their Starbucks fix.

Tucker also feels that having a Starbucks in Ashe County specifically has an advantage because it is a small town, and the dynamic is different than Starbucks locations in larger cities. It is also easier to develop personal connections with customers since it is a close-knit community.

“The customers have been great in keeping us grounded and reassuring us. We just look forward to doing the best we can for them. They’ve been really supportive to us and easygoing, it’s been a really great experience so far,” Tucker said.

Angie Reed, co-manager of Starbucks, has been working at Ingles for more than a decade and is excited for this long-awaited addition.

Reed remembers sharing a post on her Facebook page years ago that the Ingles page had posted asking which store would like to get a Starbucks. A lot of people shared it and it generated many comments, so she always thought it would do well in the county.

She excited about the social aspect of working at Starbucks because of the interactions the workers get to share with their customers.

“I love how Starbucks is customer-oriented, they want the customer experience to come first and coffee to come second,” Reed said.

As far as the greatest challenges for them during this process, both Tucker and Reed agreed that the preparation process was the most stressful. This was due to having to learn and remember how to make all of the drinks on the menu while becoming well-versed in company policies and procedures.

They both look forward to serving the community and becoming acquainted with their regular customers.

With the opening of Starbucks comes the completion of the extensive remodel of Ingles.

Some of the most prominent features associated with the new look of the store include new flooring, a glass-enclosure where the shopping carts are housed and new, updated registers with improved features such as conveyor belts.

The store’s deli department now has a pizza bar where customers can buy pizza by the slice and an Asian bar which features a variety of flavored chicken and popular side items such as fried rice, egg rolls and crab rangoons.

Other new additions for customers to enjoy are a F’real milkshake machine, Coca-Cola Freestyle machine, pre-packed freshly made sushi and a bulk candy station.

Store manager Mark Sexton said he is pleased with all of the updates to the store and feels that overall, it is a refreshing change for the county.

“What they’ve done, we’re really proud of it,” Sexton said.