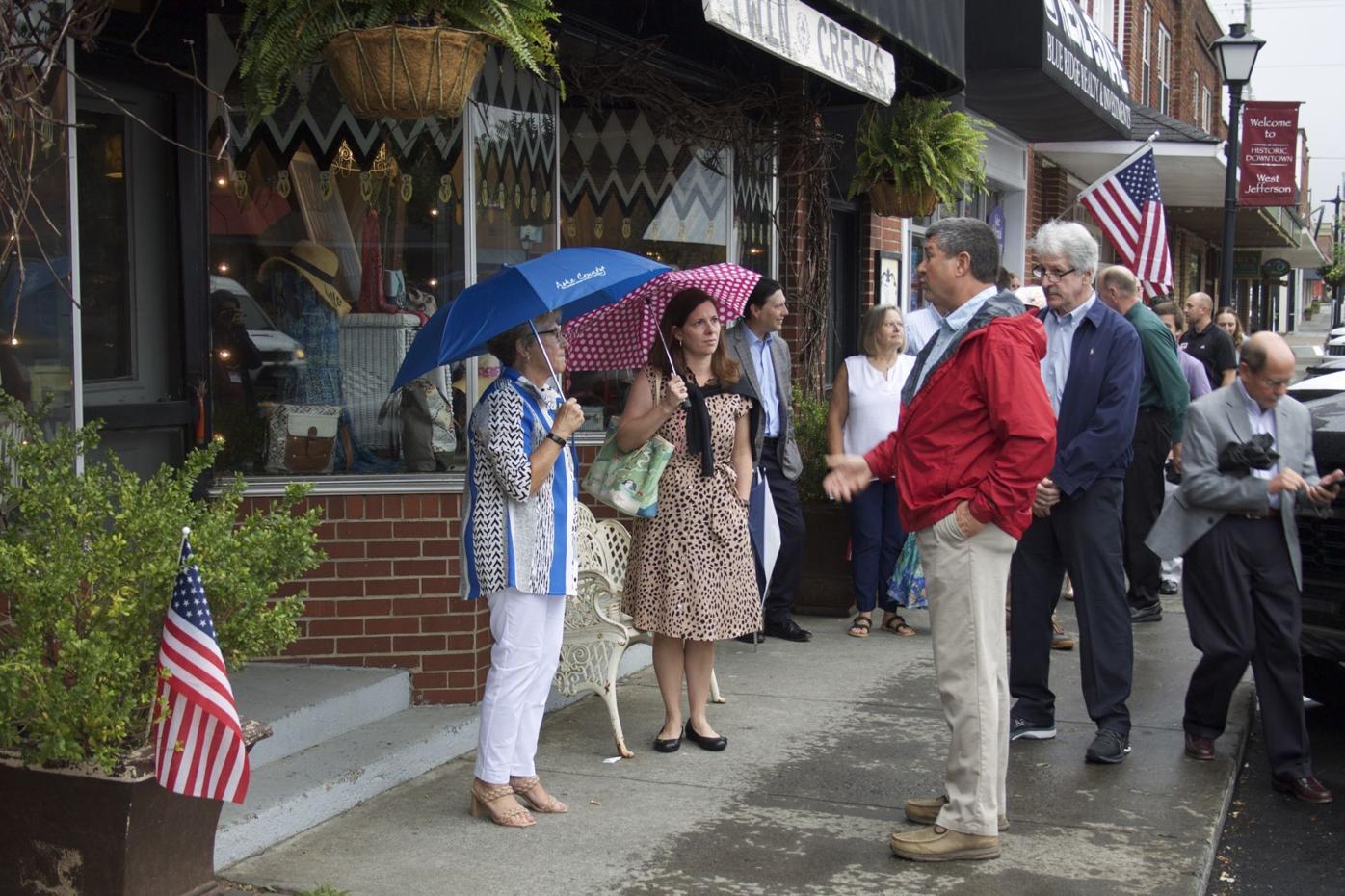 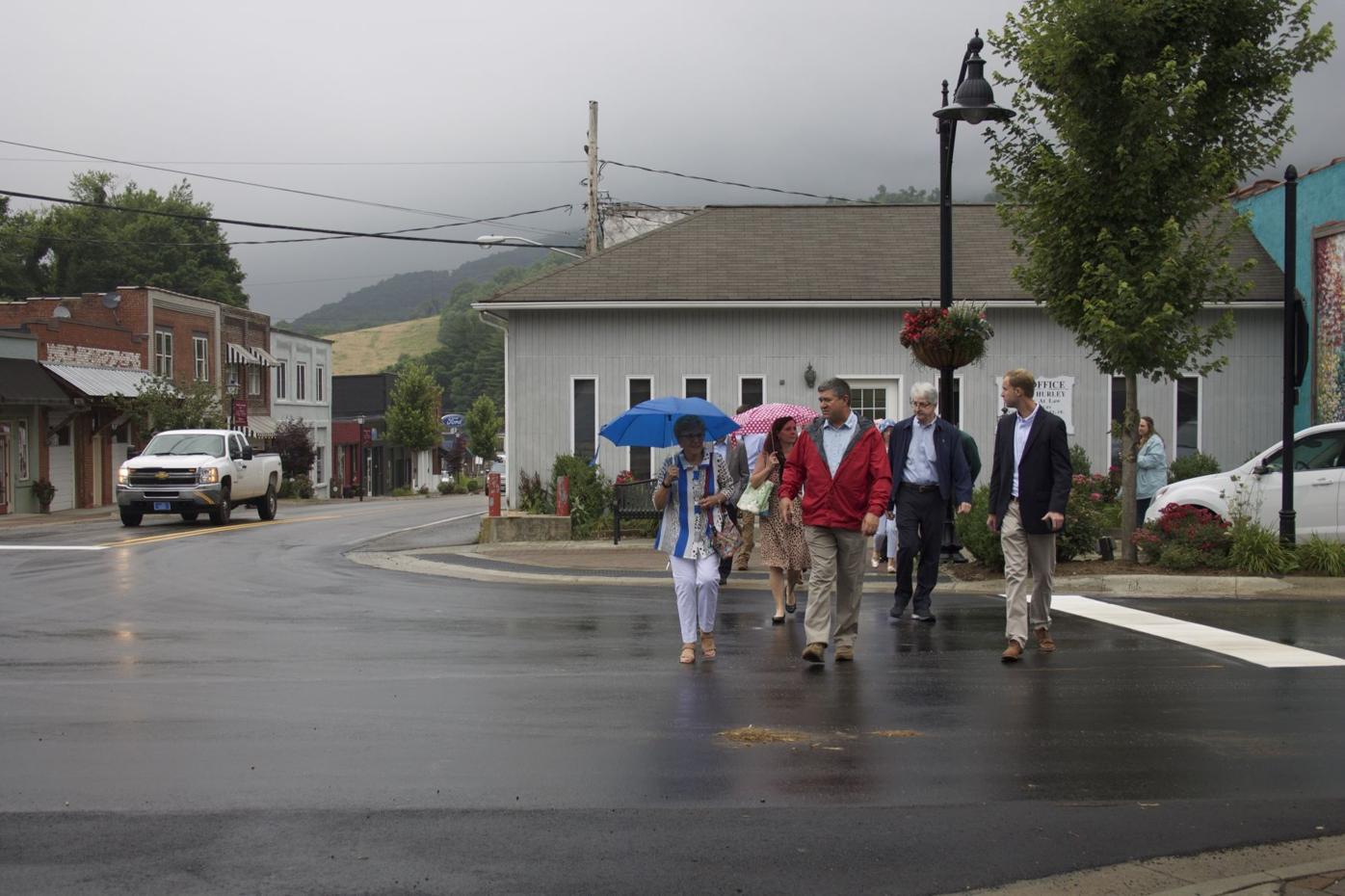 Despite the rain, ARC co-chair Gale Manchin toured West Jefferson on the morning of July 8. 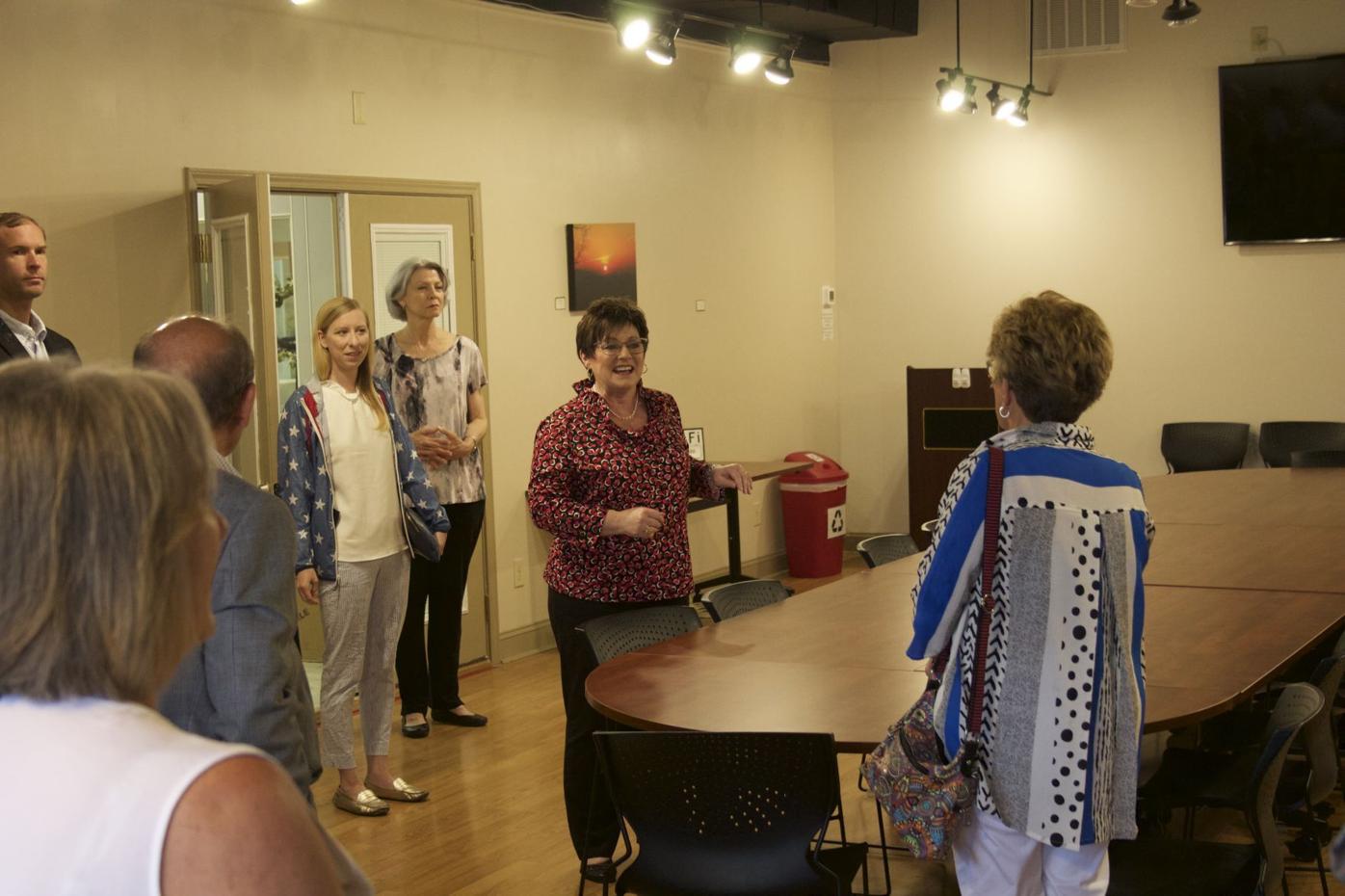 Executive Director of the Ashe County Chamber of Commerce, Kitty Honeycutt speaks about Ashe County during Manchin’s visit to the area on July 8. 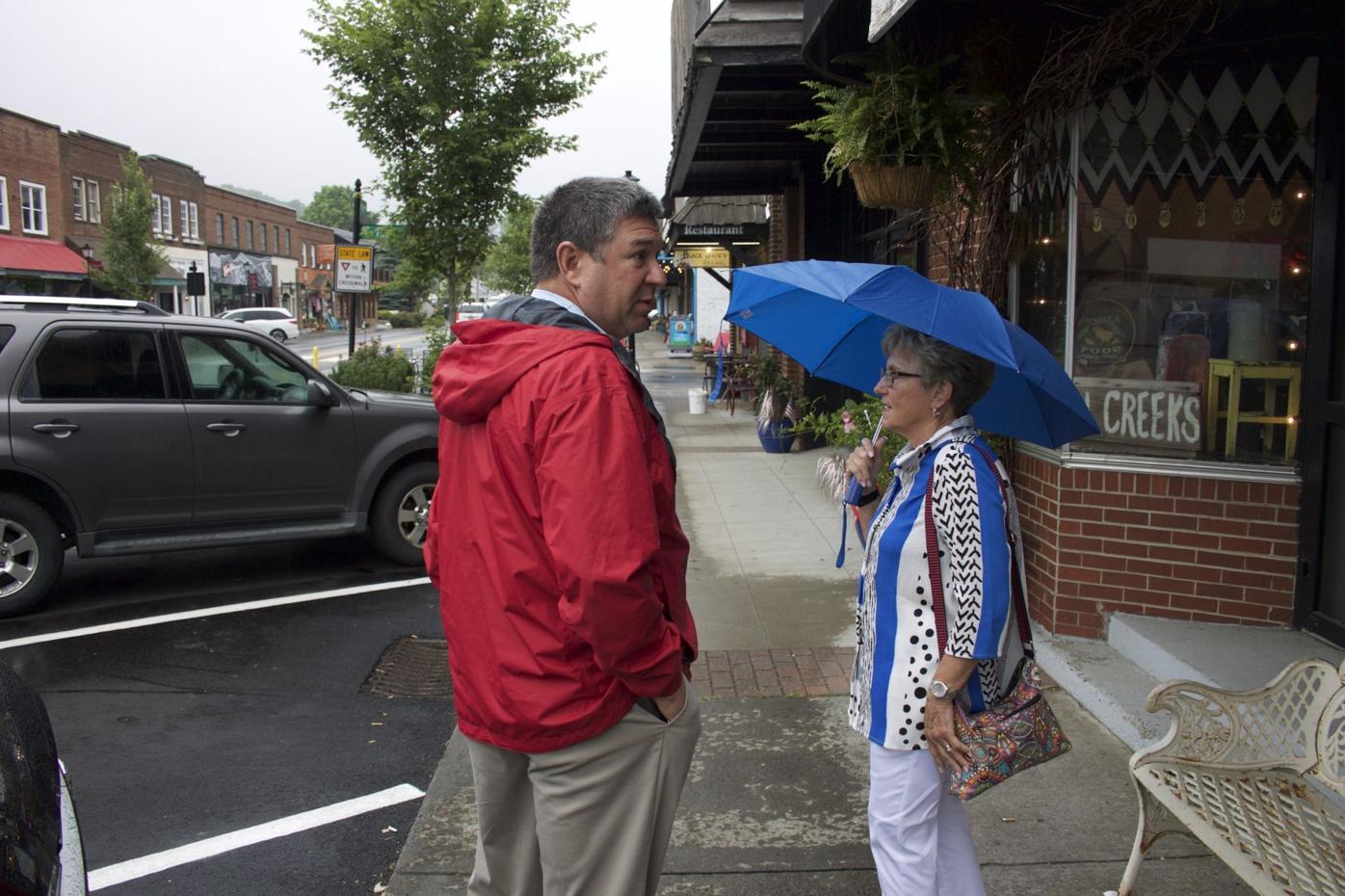 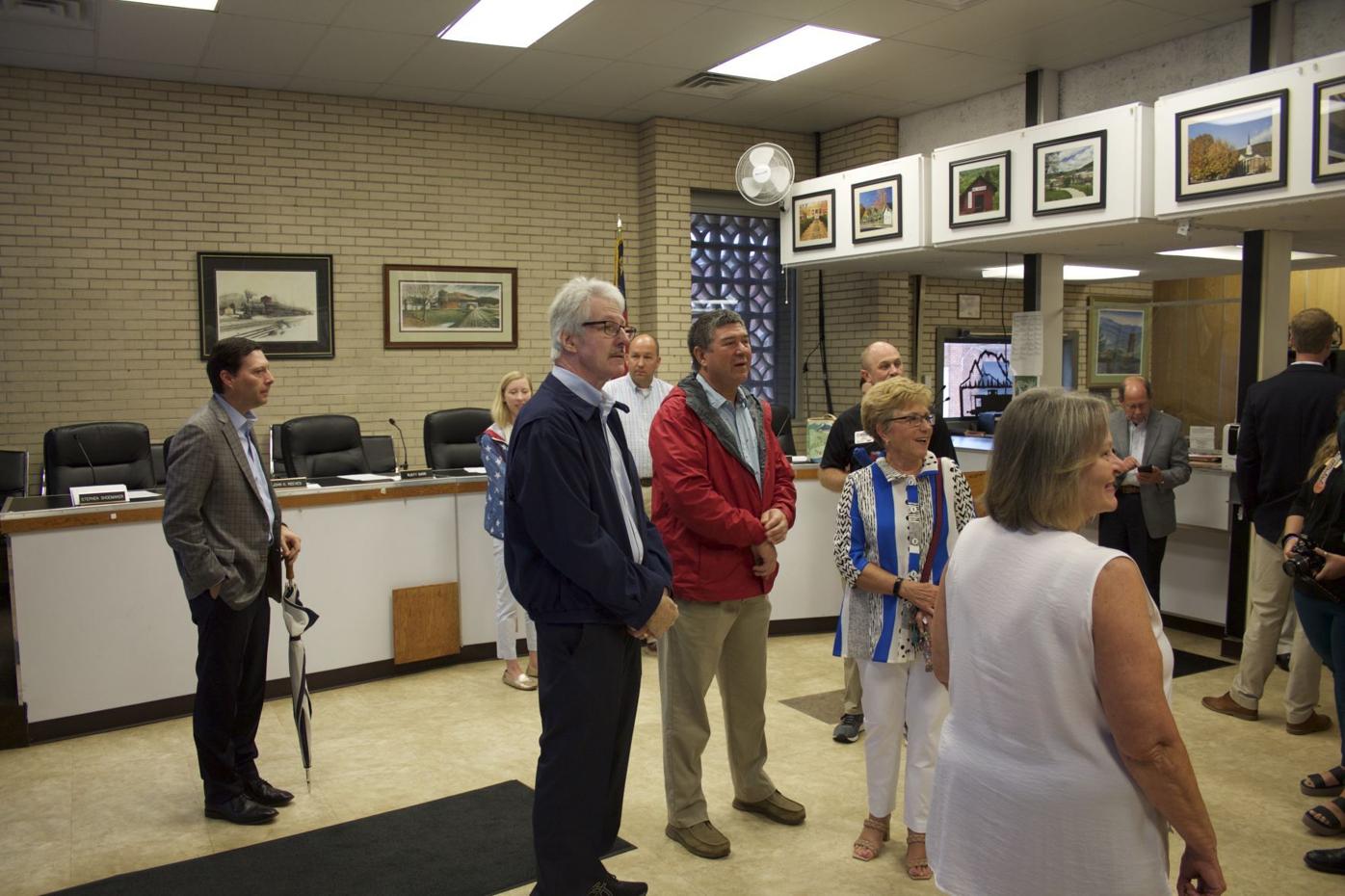 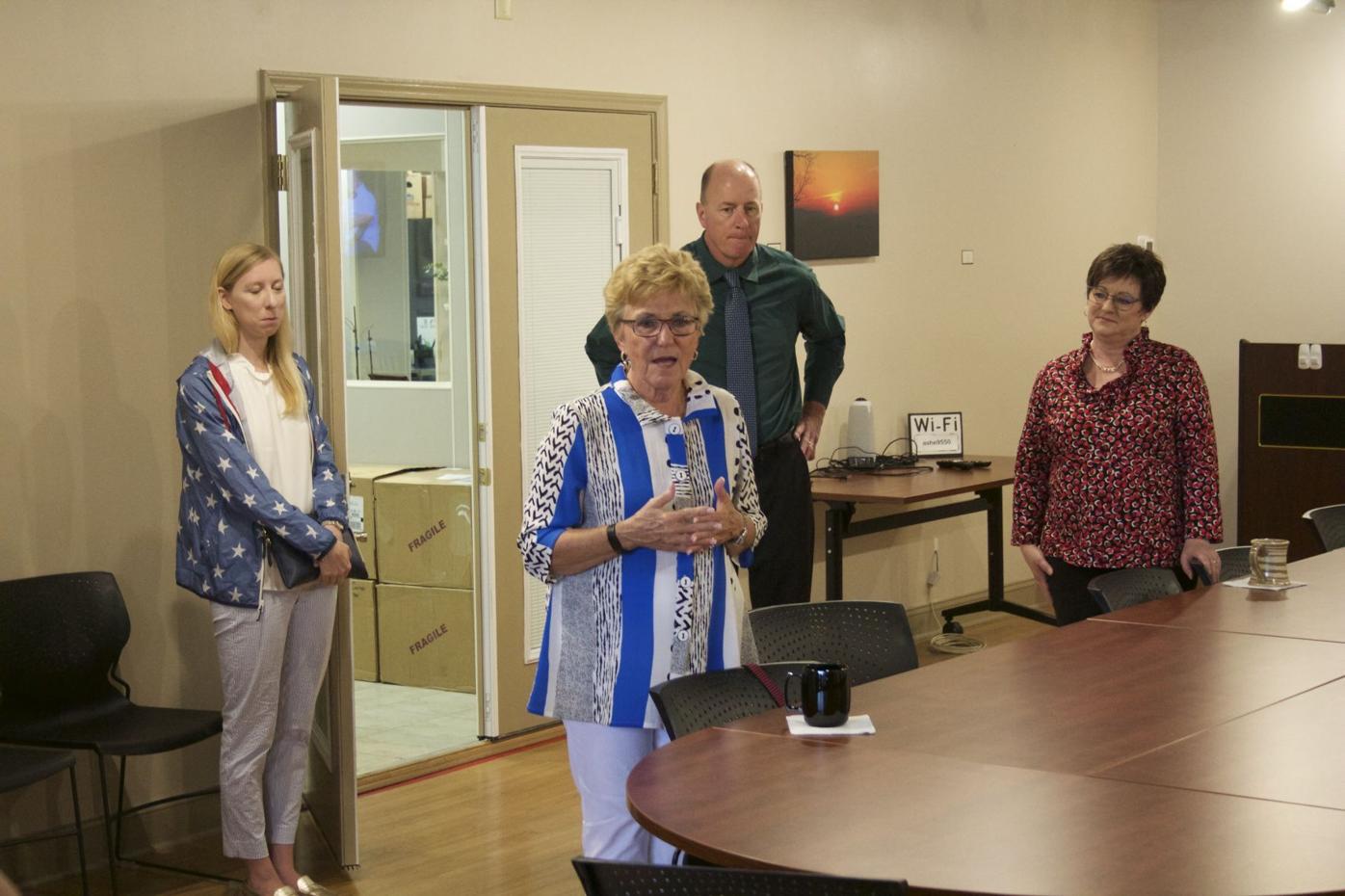 Despite the rain, ARC co-chair Gale Manchin toured West Jefferson on the morning of July 8.

Executive Director of the Ashe County Chamber of Commerce, Kitty Honeycutt speaks about Ashe County during Manchin’s visit to the area on July 8.

The visit was part of an introductory trip to Western North Carolina for Manchin, who was sworn in as the 13th federal co-chair for the Appalachian Regional Commission on May 6. Manchin’s trip to Ashe County included a trip to Lansing, visit to the Blue Ridge Parkway and — despite the rain — an early morning tour of downtown West Jefferson.

“I think it’s wonderful what they have created and what they’re recreating. I believe that it’s important to maintain your history and the roots of the town, and yet create a new energy and dynamic that will bring in more people. And that’s what they’ve done here,” said Manchin, following her tour of West Jefferson. “They’re preserving their history while creating a new vitality.”

During her tour of West Jefferson, Manchin was brought up-to-speed on the history of the town and what factors are driving the area’s economy today.

Since the 1960s, the ARC — a federal–state partnership — has worked to bring self-sustaining, economic opportunities to the rural regions of Appalachia.

A lifelong resident of Appalachia herself, Manchin touched on several issues facing rural Appalachians today, most notably bridging the technological gap by bringing in new infrastructure such as broadband internet to mountain communities — a need which became more apparent with COVID-19 and the rise of remote learning.

“In the beginning of ARC the problem was our highways, to be able to get in and out of an area you need a good highway system. The highway system that we are now challenged by is the broadband system,” Manchin said. “There has to be equity. We deserve to be able to reach the world the same way that everyone else does.”

Manchin noted that these types of changes would take the combined efforts of federal, state and local governments working together.

In the past the ARC has assisted Ashe County by providing a $22,000 grant for WiFi in downtown West Jefferson, half of what was a $40,000 project, as well as a $300,000 dollar grant for a water and sewer infrastructure project.

“It’s good to have her here. She was just a pleasure and a joy to have in West Jefferson,” said Brantley Price, town manager of West Jefferson. “She’s for rural American, she knows what we need and we’ll have her support.”

Likewise, West Jefferson Mayor Tom Hartman stated that it was nice to see an official such as Manchin visit the High Country.

“I thought it was very good to have someone of her caliber come to this county, not only to West Jefferson but to Lansing and the Boone area,” said Hartman. “We’re just happy to have the publicity and the support.”

For more information about the work of the Appalachian Regional Commission. visit www.arc.gov/.