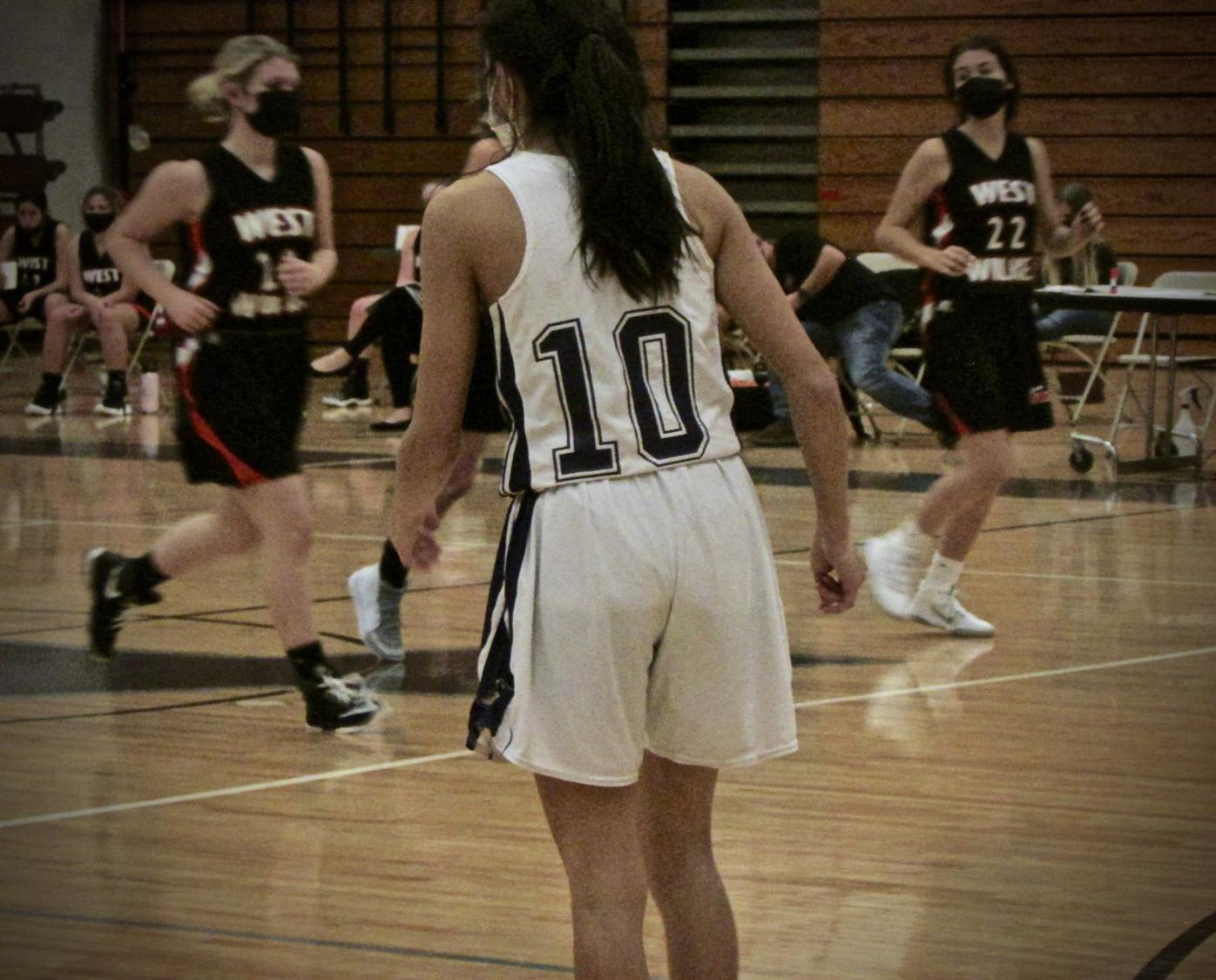 Emmi Cheek waits for the ball to enter the home court. 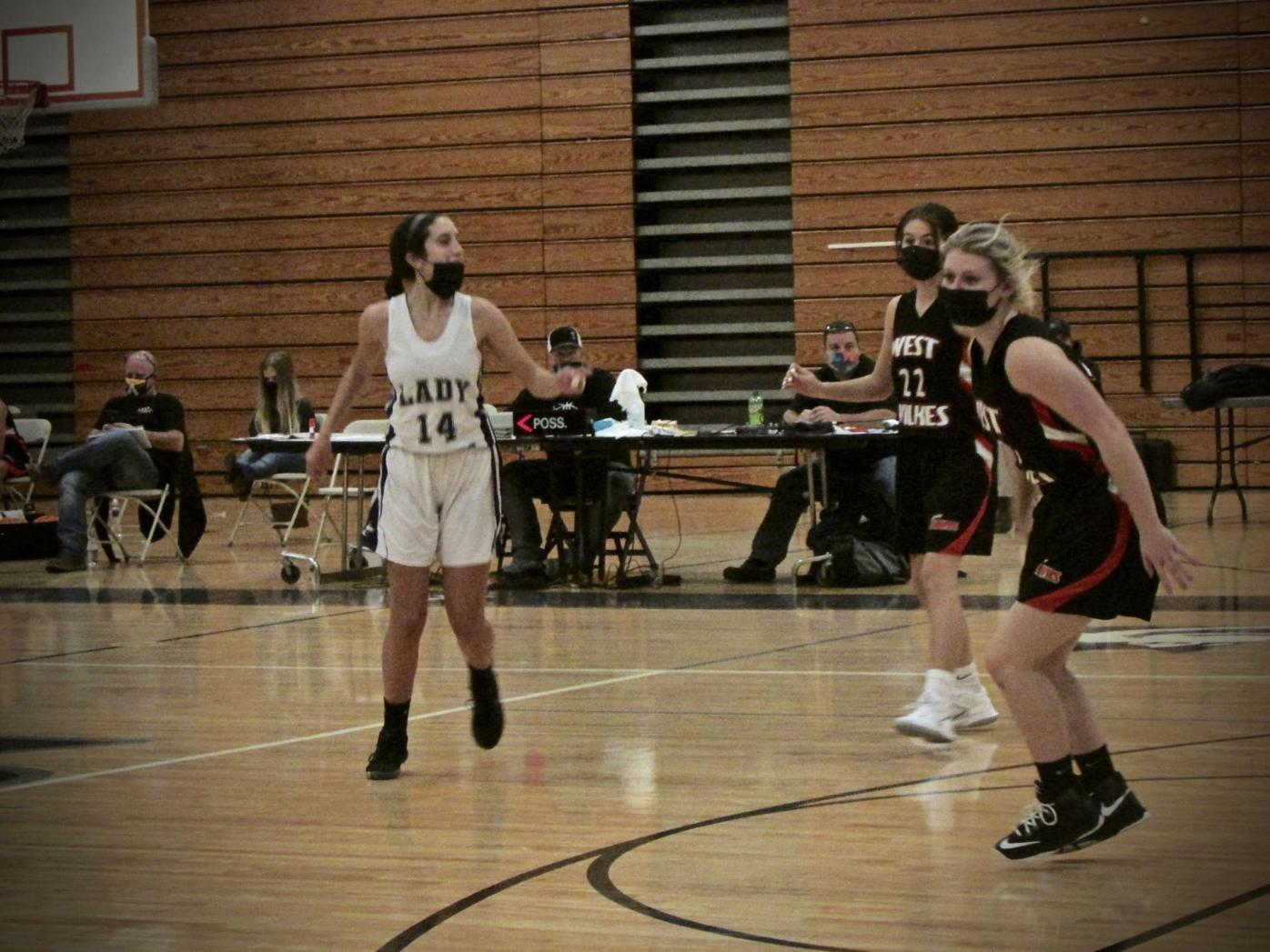 Calling shots on offense, Morgan Phipps watches as the ball makes its way to the basket.

Emmi Cheek waits for the ball to enter the home court.

Calling shots on offense, Morgan Phipps watches as the ball makes its way to the basket.

From the start, it was evident that Ashe’s JV team was too quick to handle as they gained a strong lead. The first half consisted of a lot of ball fumbling from the Blackhawks, giving the Huskies the advantage of stealing and ultimately scoring. Ashe stayed on top of the scoreboard for the first two quarters of play.

A 20-point lead came about with only three minutes left in the third. Throughout the second half, neither teams seemed to be able to get the ball in the net, allowing the Huskies to keep their lead, 37-17 ending the third quarter.

Both teams stepped up their game and fought for possession of the ball. A handful of jump balls were called resulting in both teams getting fair time with the basketball. With this, a few tussles between the teams ensued as the Blackhawks soon realized they could not catch up to the thundering lady Huskies.

They will return to the court on Feb. 1 at East Wilkes High School. The first whistle blow is scheduled for 5 p.m.