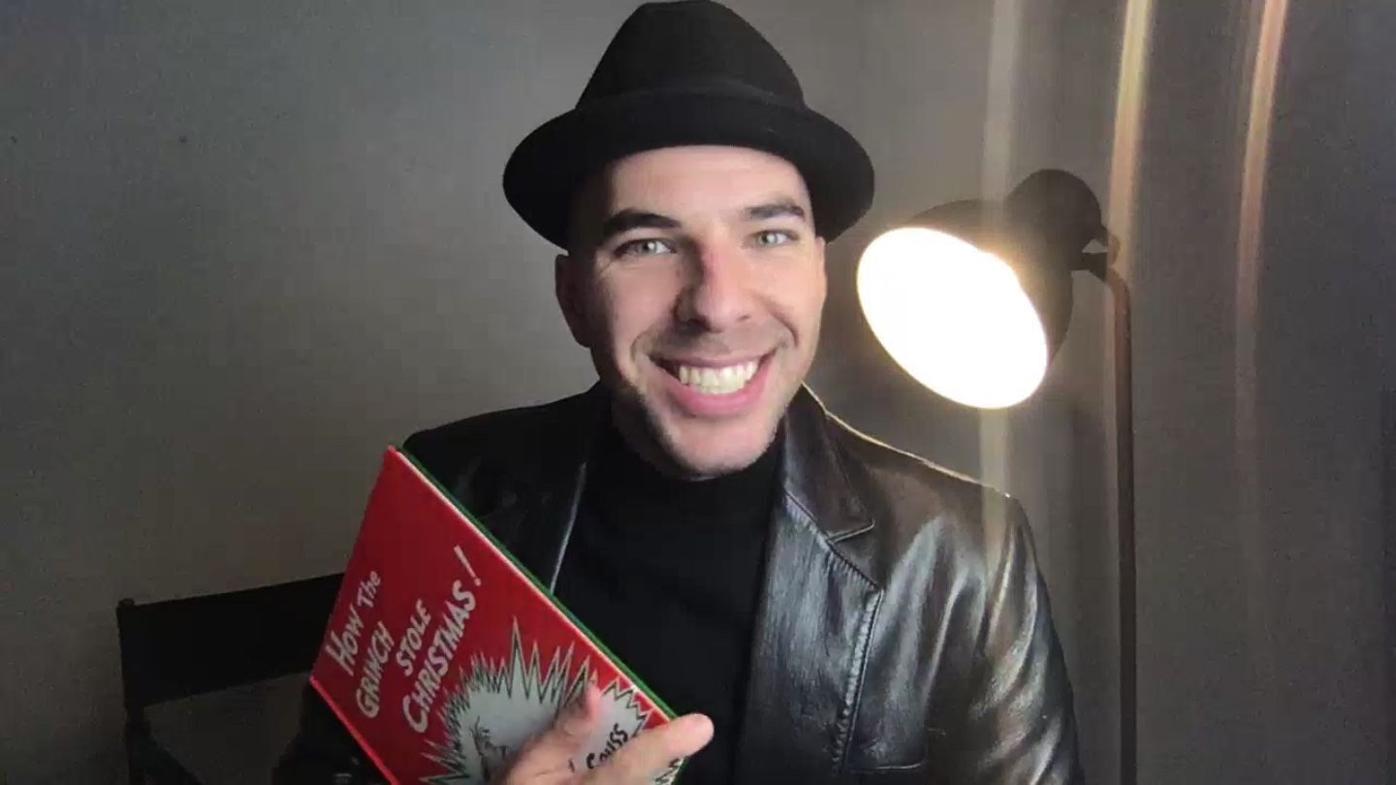 Caleb Sigmon, actor and creator of Sigmon Theatrical, reminiscing on his childhood and his dreams of playing the Grinch. 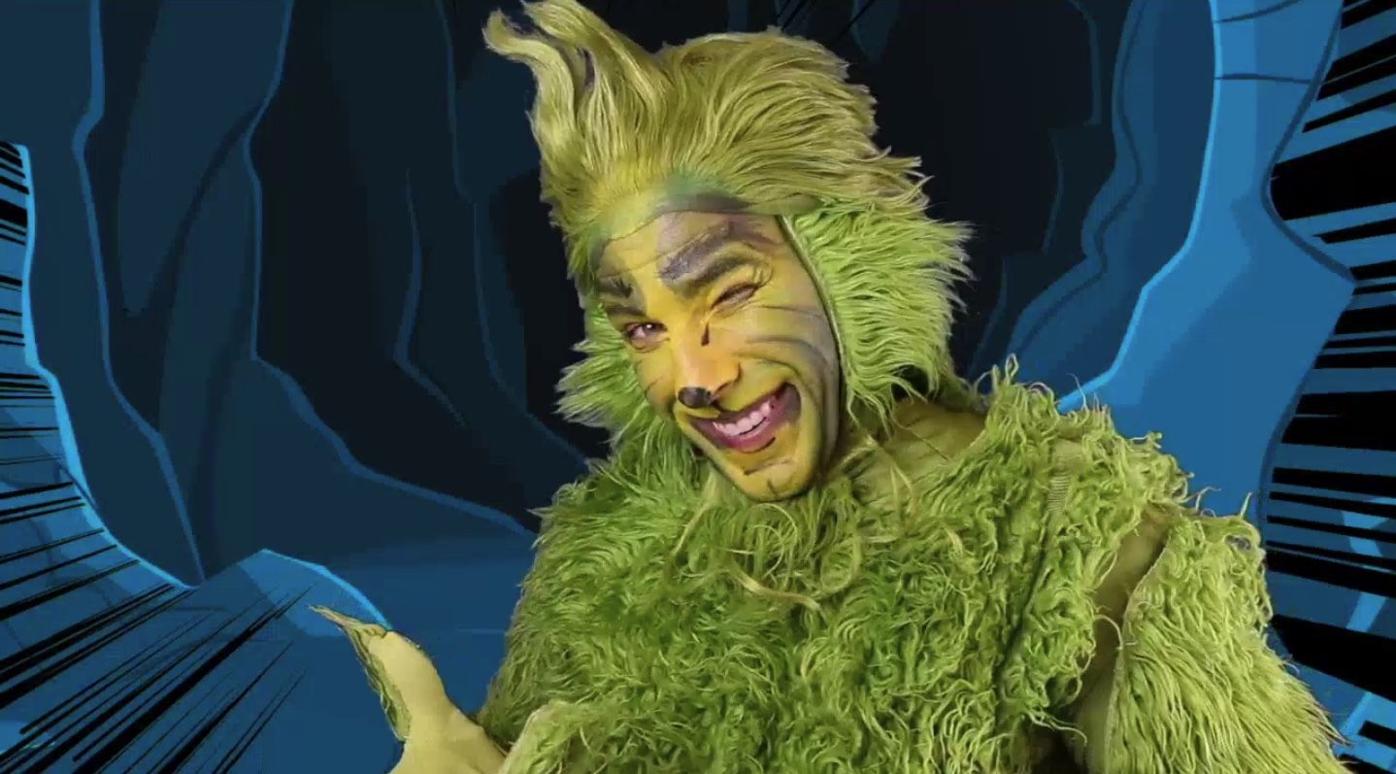 The Grinch showing off his mischievous smile to all of the viewers on Facebook. 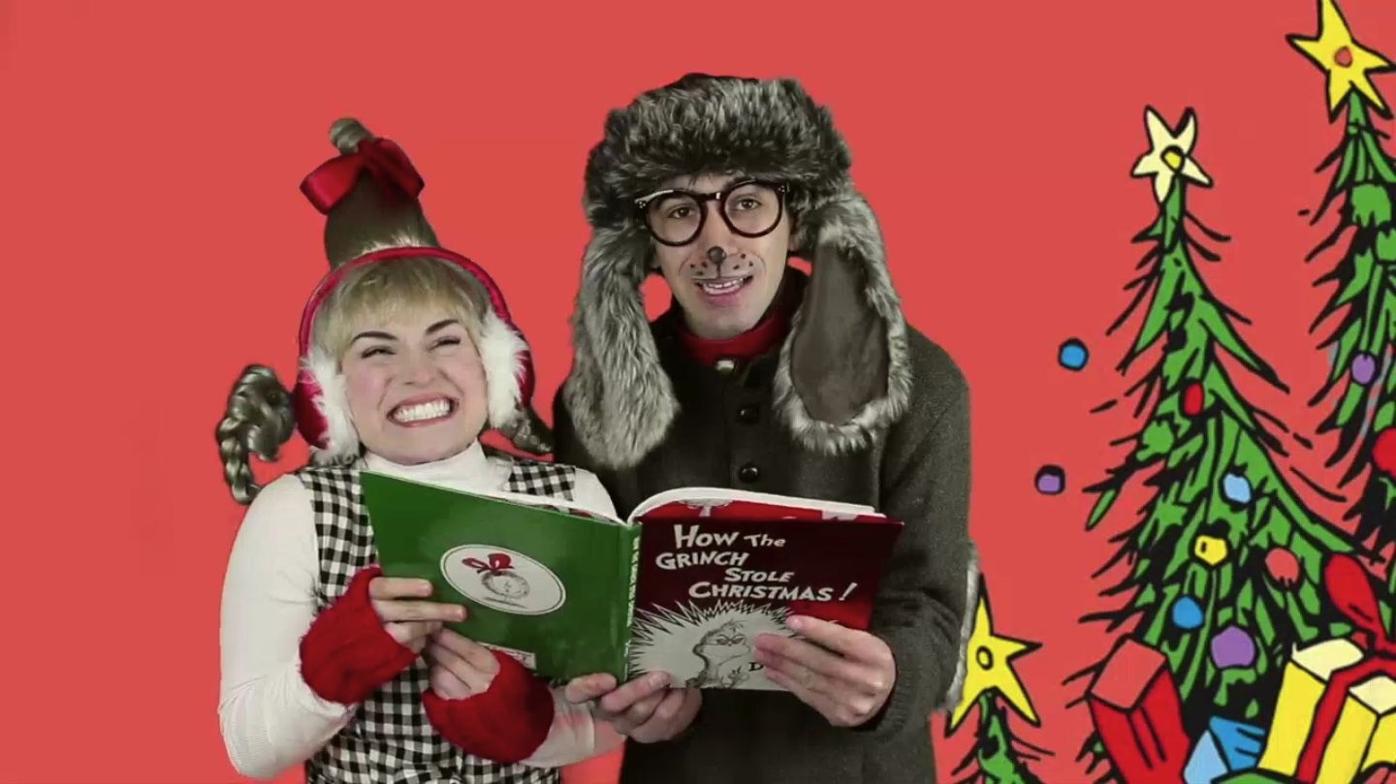 Cindy Lou Who and Max the dog narrate the story with enthusiasm and excitement.

Caleb Sigmon, actor and creator of Sigmon Theatrical, reminiscing on his childhood and his dreams of playing the Grinch.

The Grinch showing off his mischievous smile to all of the viewers on Facebook.

Cindy Lou Who and Max the dog narrate the story with enthusiasm and excitement.

WEST JEFFERSON — Going to the theater in today’s society is an unlikely event, due to COVID-19. However, growing technology can allow an at home virtual experience for those needing a little Christmas spirit this season.

The Ashe County Public Library teamed with Sigmon Theatrical to present a virtual performance of Dr. Seuss’ “How the Grinch Stole Christmas.” Performed on Dec. 17, live from Charlotte, the library held a stream on its Facebook page. The interactive experience gained more than 1,000 views in less than 24 hours.

Sigmon Theatrical, a family-owned production company based out of Charlotte, NC, has been bringing this show to life for nearly five years. Starting off its library shows with another Dr. Seuss book, “The Cat in the Hat,” they decided to bring Mr. Grinch to life. Creative director and part owner Caleb Sigmon played the notorious green character and expressed how it was a dream come true.

Holding up his very own copy of the book in the stream, Sigmon said, “I had this as a kid, I plowed through these pages and I loved acting out each of the parts. I’d be in my back yard, I would play all of the roles and tonight, a little bit of a dream becomes a reality as I get to dress up with my buddies.”

Sigmon encouraged viewers to reach out and ask questions, making this performance more interactive and allowing the audience to connect with the actors and story. Many people expressed their excitement for the show and a few watched with their children, creating a Christmas tradition virtually. People from all over the region tuned in, including from Lenoir and Troy, and the show created a sense of closeness with connections throughout the audience.

A few times during the show, the characters would break the fourth wall, speaking directly to the viewers. The show in itself was a storytelling, Cindy Lou Who, played by Bethany Costello, narrated the book which would then cut into actual scenes.

The Grinch was depicted in this performance just as goofy and grumpy as mainstream media portrayals, Sigmon bringing a sarcastic energy to the screen.

This light-hearted and witty show created an ambience of joy and cheer, especially in the Grinch’s rendition of the song, “All By Myself.” Just like any other performance, there were a few times when the actors would break character and begin laughing. This is definitely a must-see this Christmas.