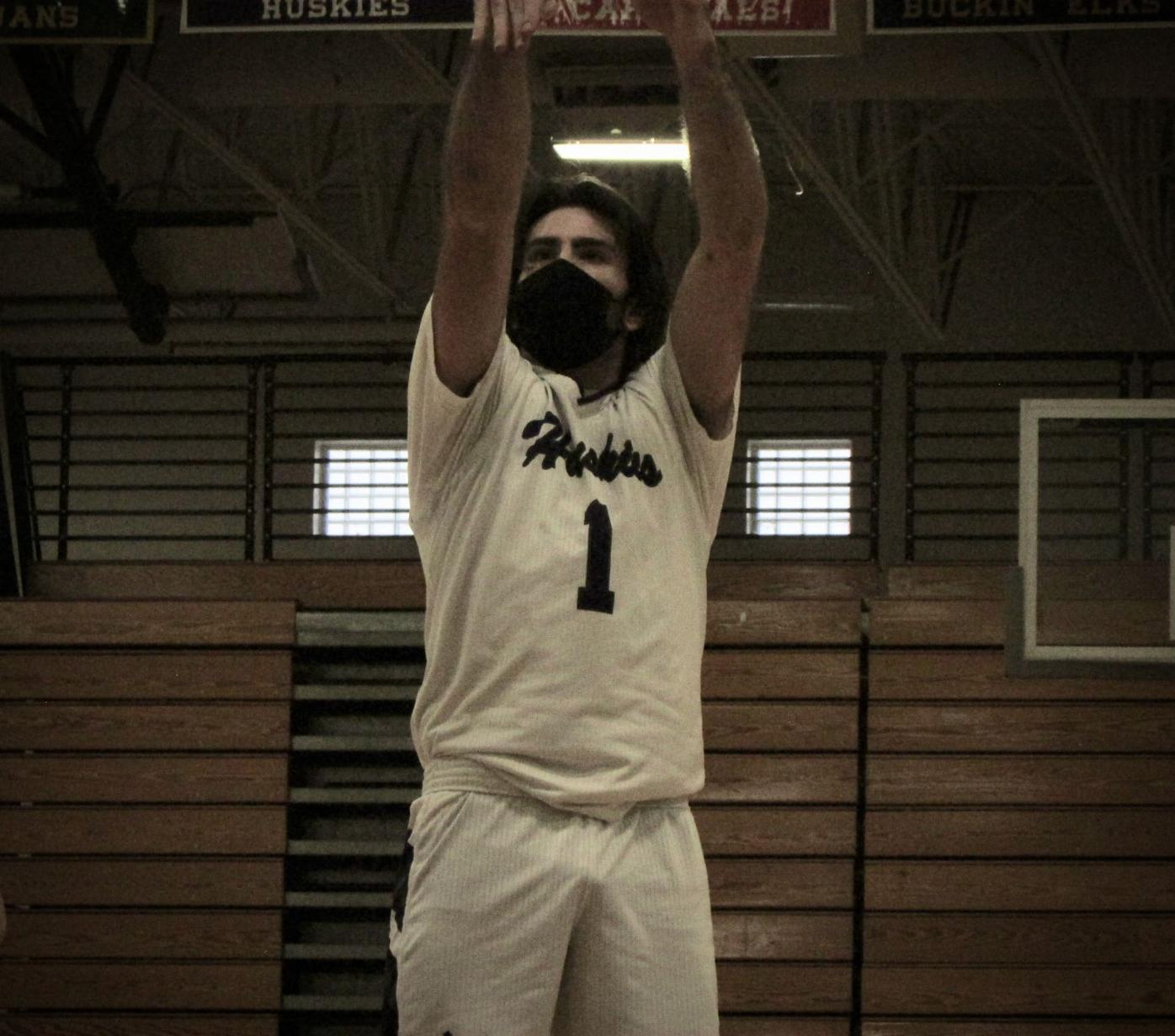 Austin Poe puts up a foul shot and gains points for the Huskies. 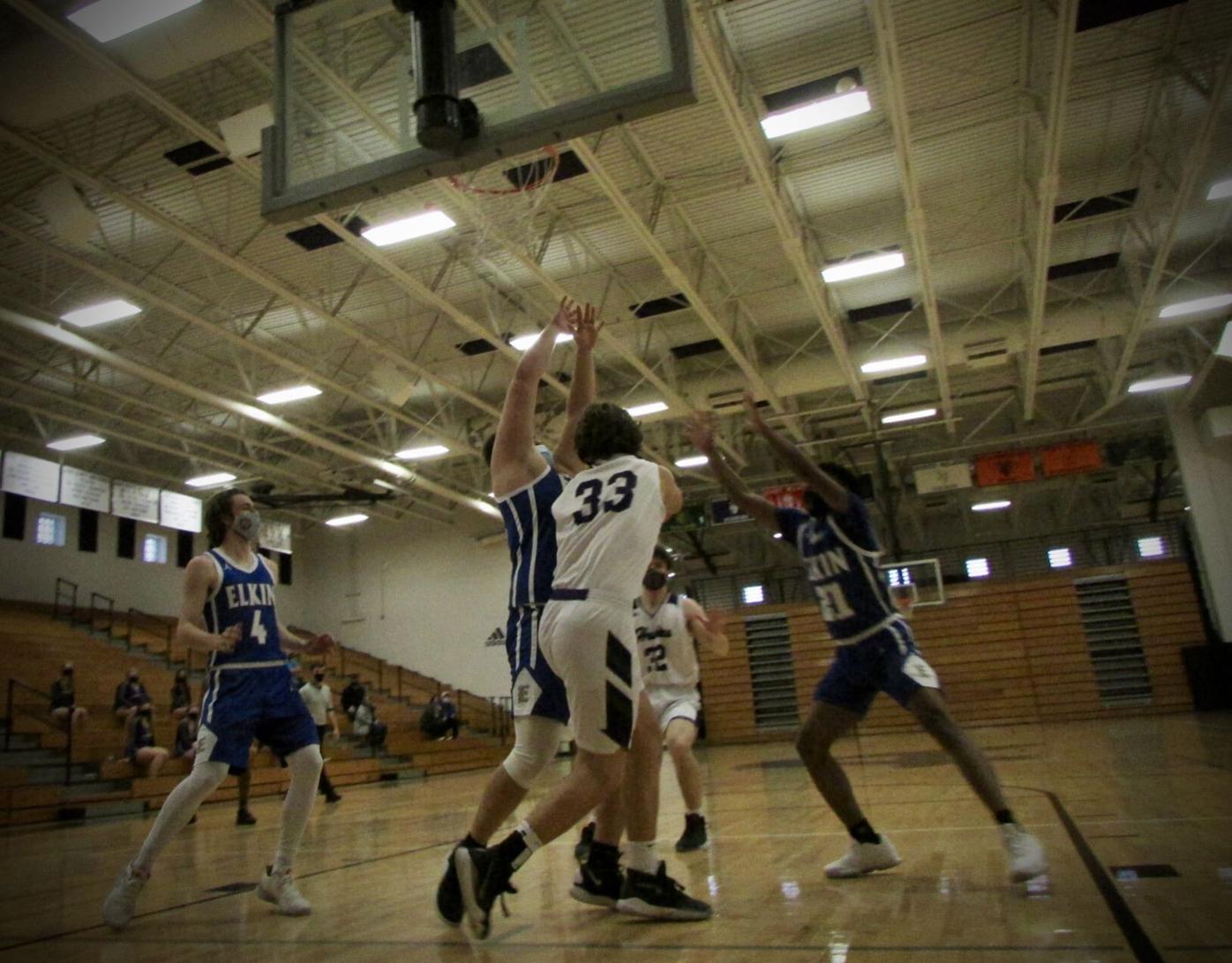 Camden Current makes a quick pass to Ethan Ashley as his defenders try to rebound.

Austin Poe puts up a foul shot and gains points for the Huskies.

Camden Current makes a quick pass to Ethan Ashley as his defenders try to rebound.

WEST JEFFERSON — Keeping their No. 1 conference title, the Ashe County Boy’s varsity basketball team came out with a 17-point win against the Elkin Elks on Feb. 13.

From the start, victory was in clear sight for the Huskies as they stole the ball from their defenders within the first 10 seconds. Ashe senior Ethan Ashley took possession quickly, later becoming the second top scorer for his team.

The game was fast-paced, nothing unusual for the Ashe Huskies, but this contest held a nail-biting energy as they battled on the court. Austin Poe fought for the ball at every chance he got, even sliding across the gym floor, gaining just one out of a large handful of turnovers.

Elkin found themselves struggling to get a good grasp on the basketball in the first half, often fumbling and missing easy shots. In their attempt to show skill and fancy footwork, their strategies backfired as they passed the ball straight into the Huskies hands. Austin Grogan spiked a pass down into his teammates arms and the Huskies took full control.

The first half became a blur as Poe and Ashley sprinted across the court with the ball throughout the 16 minutes, gaining a 13 point lead, 31-18 at halftime.

Elkin began to step up their game going into the second half. Their defense was tight and persistent and the Huskies seemed to make bad passes and shots due to this. However, the boys continued to strive for the ball resulting in jump balls and eventually turnovers. The pace slowed throughout the third quarter.

Ashe senior Camden Current gained a handful of rebounds in the fourth quarter as Elkin attempted to gain ground on their trail behind the Huskies.

Quick offensive strategies lead the Huskies to further their lead and victory as they left Elkin to gather whatever calls and plays they had left. Their defense remained strong, but the Huskies were stronger.

Poe and Cox were tied for top scorers, leaving the court with 15 points each. Ashley came in close second with 11 and Jake Grubb lead third with 7.

The Huskies have two remaining games in the conference season. They will take to the court again on Feb. 16 at Wilkes Central and Feb. 18 on their home court against West Wilkes. Whistle-blows are set for 6:30 p.m.