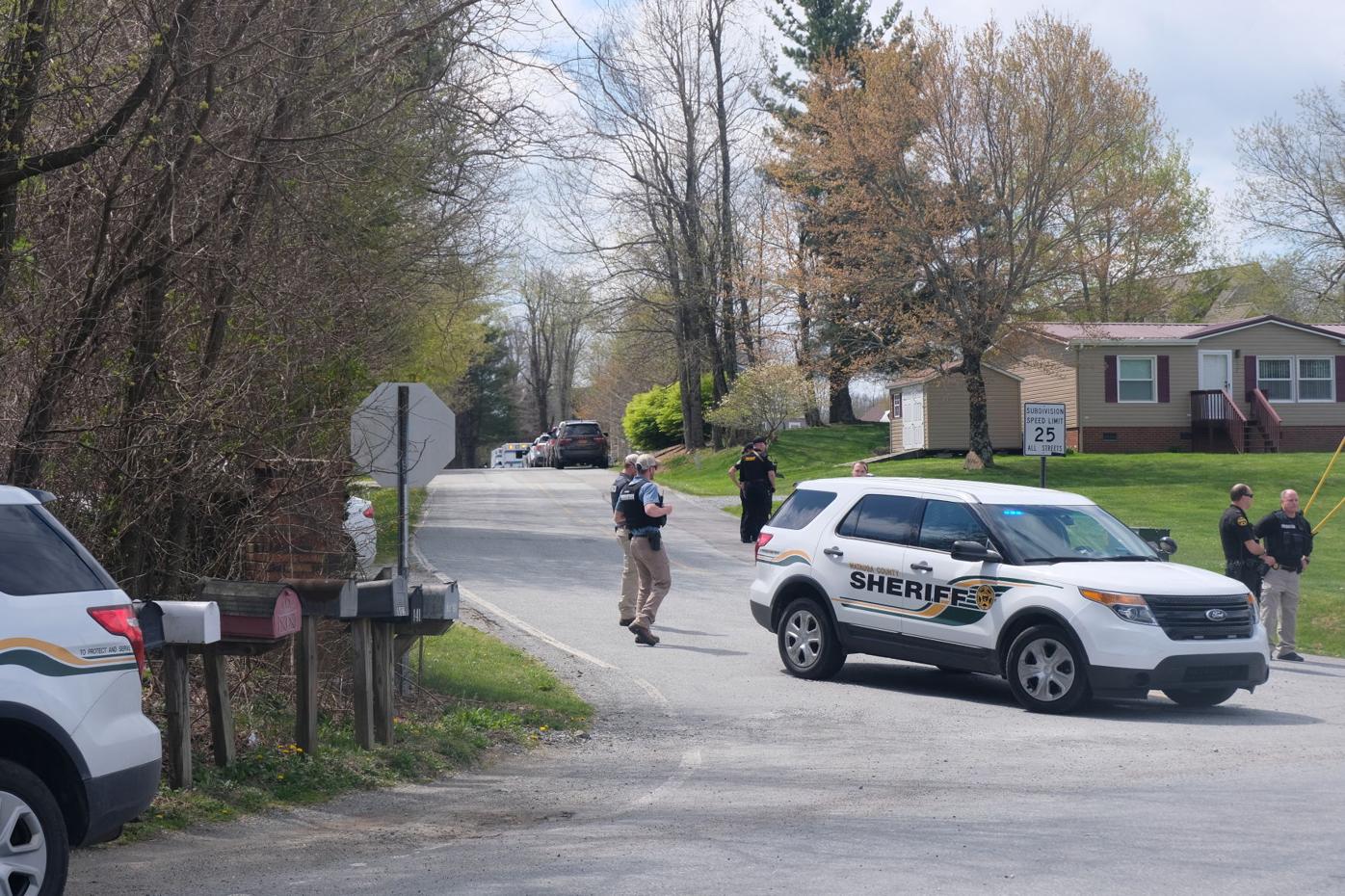 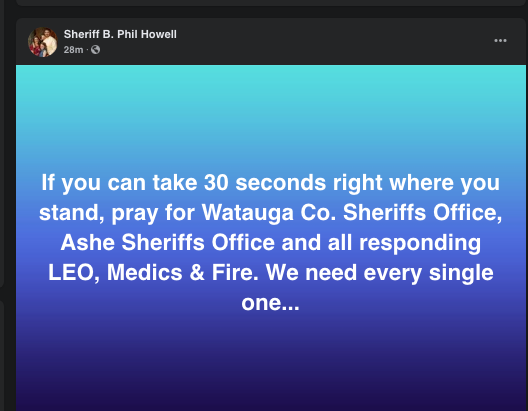 During an initial rescue attempt of the WCSO officers, a Boone Police officer was hit by gunfire, but was uninjured due to his protective equipment.

The investigation is ongoing, and is being led by the North Carolina State Bureau of Investigation.

A GoFundMe was set up in support of Sergeant Chris Ward's family by Back the Blue NC and can be found at www.gofundme.com/f/benefit-for-family-of-sgt-chris-ward?qid=3015a9d7cd27d12bc8abbbac90d51774&amp;utm_campaign=p_cp_url&amp;utm_medium=os&amp;utm_source=customer

Stephenson said K-9 Deputy Logan Fox died. He confirmed the suspect is deceased as well. No further information has been released at this time.

9 p.m.: The Watauga County Sheriff's Office confirmed the names of the two officers who received gunshot wounds at the beginning of the situation. Sergeant Chris Ward died after being flown to Johnson City Medical Center, while K-9 Deputy Logan Fox remains on the scene. His condition is unknown at the time.

The names and conditions of any civilians are also unknown at this time, according to law enforcement.

“This is an incredibly tragic situation and our thoughts and prayers are with everyone involved as well as their families and our community,” said Watauga County Sheriff Len Hagaman. “I greatly appreciate the tremendous support we are receiving from law enforcement agencies across the region and the state.”

The shooter remains active on scene, barricaded in a section of the home. The shooter periodically fires the weapon in the direction of officers.

Watauga County Schools Superintendent Scott Elliott sent out an email asking for people to be respectful and supportive of the officers involved and their families.

"The situation is still unfolding and I am sure we will all learn more in the hours, days and weeks ahead," Elliott stated. "One way we can be supportive of those involved is for us to be respectful and discrete with the information we share with others (including on social media). As always happens in crisis situations, a lot of misinformation can be spread very quickly. Please respect our law enforcement and emergency services professionals by only sharing official information shared through official sources."

5:15 p.m.: According to the Watauga High School Booster Club, the Pioneers softball team are playing their game against Alexander Center in honor of local law enforcement. The two teams held a moment of silence and prayed together before the game.

Deputies entered the residence after discovering all vehicles belonging to the residents were on the property.

Upon entering the home, deputies received gunfire from an unknown individual within the residence. Two deputies received gunshot wounds. One deputy was extracted from the location and has been flown to Johnson City Medical Center for treatment. The other deputy remains on the scene. The condition of the deputy on scene remains unknown at this time.

The shooter remains active on scene, barricaded in a section of the home. The shooter periodically fires the weapon in the direction of officers.

Law enforcement currently has the home surrounded and has evacuated nearby residents.

3:54 p.m.: Major Kelly Redmond of the Watauga County Sheriff's Office confirmed two law enforcement officers have been injured in the situation, which is still active.

3:50 p.m.: Congresswoman Virginia Foxx (R–District 5) tweeted out around 3:50 p.m that her prayers were with the entire Watauga County's Sheriff Department.

"These brave men and women put their lives on the line to protect us, and they deserve our profound gratitude every day," Foxx tweeted.

Rep. Ray Pickett (R–Blowing Rock) and Sen. Deanna Ballard (R–Watauga) also gave statements. Ballard stated on Twitter that her thoughts were with the law enforcement and families involved. Pickett also said his thoughts and prayers were with the sheriff's department and their families.

3:31 p.m.: The Elkin Fire Department posted the following message to social media: "Our thoughts and prayers are with our brothers and sisters of the Watauga County Sheriff's Office. #onefamily."

1:20 p.m.: A helicopter is on scene. N.C. State Highway Patrol, Watauga County Sheriff's Office and Blowing Rock Police could be seen on scene.

1 p.m.: Boone Police tweeted at 1 p.m. that the department is assisting the Watauga County's Sheriff's Office in the Brown's Chapel area of Watauga County with an ongoing stand-off.

12:15 p.m.: At the recommendation of the Watauga County Sheriff's Office out of an "abundance of caution," Mountain Pathways Montessori School — located on Howard's Creek Road — is on a school-wide soft lockdown, according to Pathways Director Lindsey Holderfield. Watauga County Schools Superintendent Scott Elliott said based on what he has been told, they believe there is no direct threat to schools. He said WCS students are not in school today, but there are some school activities.

A soft lockdown is when all children and staff are inside the buildings, will stay away from doors and window, and all exterior doors and windows are locked. Holderfield said in the email that children are not notified of the cause and continue their day normally inside.

11:25 a.m.: A law enforcement-related situation is currently taking place in the area of Browns Chapel Road and Hardaman Circle. The public is warned to stay away, according to Watauga County Communications telecommunicator Melissa Harmon. According to scanner traffic, off duty personnel were advised to respond to their stations. Scanner traffic also indicated that landing zones were being set up in the area.

11:19 a.m.: Watauga County Emergency Services posted to social media that all residents in the area of Hardaman Circle area should shelter in place and "remain in your home with doors and windows closed."

This story is developing and will be updated as more information is available.