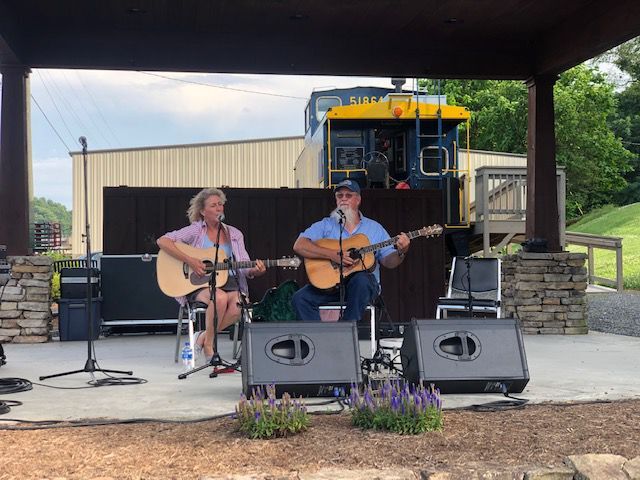 Steve Lewis and Susan Trianosky play traditional music for a crowd of hundreds at West Jefferson’s Backstreet Park on July 9. 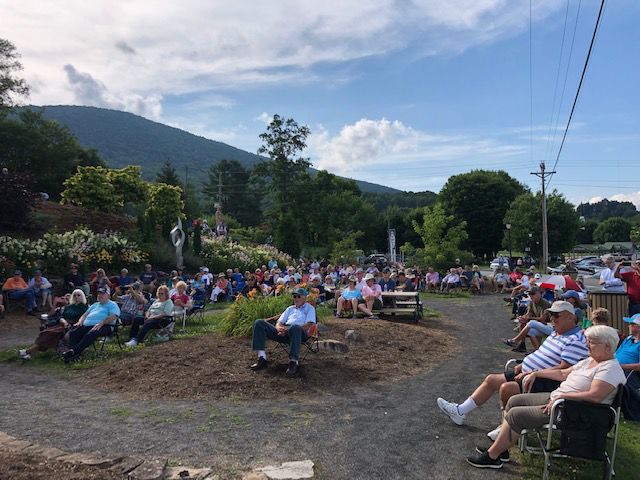 Crowds gather at West Jefferson’s Backstreet Park on July 9, to hear the traditional sounds of Steve Lewis and Susan Trianosky.

Steve Lewis and Susan Trianosky play traditional music for a crowd of hundreds at West Jefferson’s Backstreet Park on July 9.

Crowds gather at West Jefferson’s Backstreet Park on July 9, to hear the traditional sounds of Steve Lewis and Susan Trianosky.

The concert was the second in a series of free concerts sponsored by the West Jefferson Community Partnership. Audience members are free to pull up a lawn chair or picnic blanket each week to hear music performed by a host of talented local and regional musicians.

This week’s concert performance was by Lewis, a skillful performer who grew up listening to the folk tunes of musicians such as Doc Watson and Wayne Henderson. Through the years, Lewis has won a slew of awards, including the coveted National Guitar Flat Picking award and is a two-time National Bluegrass Banjo champion. He is also a full-time member of the Jeff Little Trio.

Playing along side Lewis this weekend was the musically gifted Trianoksy, a local woman who is known for her soulful singing and guitar playing. Trianosky is an original member of the Appalachian Mountain Girls, as well as a member of the Grayson Highlands Old Time String Band.

Together, the musical pair gave the audience a passionate performance, pulling from their catalog of mountain music.

The next Backstreet Concert will be held on July 16, at 5:30 p.m. and will feature award winning local bluegrass band Liam Purcell and Cane Mill Road. For more information visit visitwestjefferson.org/index.php.

The Backstreet Park in located at 2nd Avenue in West Jefferson.