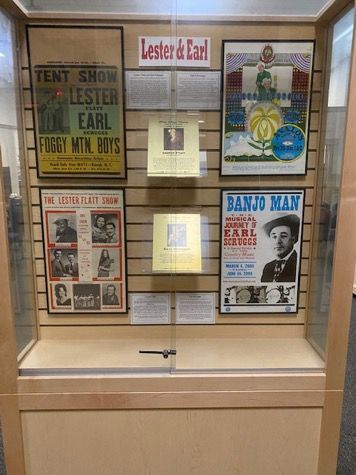 Lester Flatt and Earl Scruggs Posters on display at the Wilkes Heritage Museum. 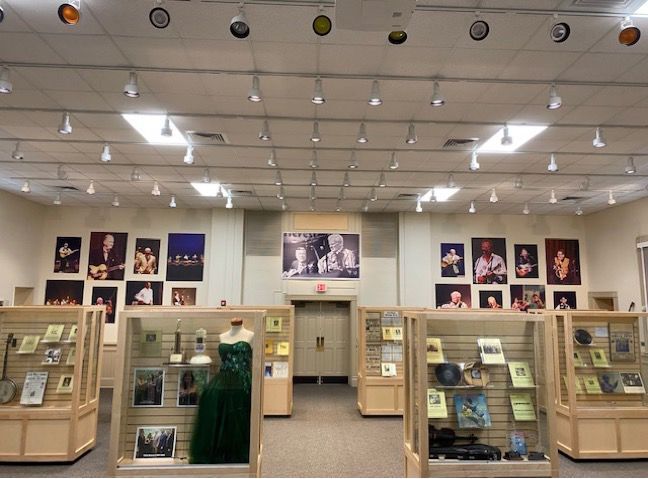 Lester Flatt and Earl Scruggs Posters on display at the Wilkes Heritage Museum.

Featured in the Blue Ridge Music Poster Exhibition are 45 original concert announcements dating as far back as 1939. With the exception of one, all are from The Murphy Collection, owned by private poster collector Tom Murphy from Raleigh.

Tom Murphy began accumulating movie posters as a teenager growing up in Montgomery, AL. For more than 50 years, Tom continues to seek out and acquire posters, window cards, broadsides and even billboard-size advertising. Those include posters printed for concerts, circuses, old-time traveling medicine and minstrel shows, magic show performances, auto stunt thrill shows and many other types of entertainment and venues.

Murphy, and his wife Anita, are retired from owning a film and video production company based in Raleigh for 23-plus years. Their former company, Murphy & Associates, produced a TV program for Ohio Public Television in the early 2000s, titled “Continental, Ohio,” receiving a regional Emmy Award for Outstanding Documentary. Tom Murphy wrote and produced the show about Curtiss Show Print, a letterpress print shop that had been in business for more than 100 years. This came about because of Murphy’s long-standing interest in poster design, production and letterpress printing.

The Murphys moved to North Carolina in 1983, after working at the University of Mississippi. In his collecting pursuits, Tom Murphy started saving concert show cards acquired at antique stores and from other sources featuring, at least to Tom, unknown regional musicians from the ‘40s and ‘50s. After researching and listening to their records, he discovered he had gathered a collection of posters from string band artists who had played country, mountain, hillbilly, folk and barn dance style music, and were responsible for developing the genre of Bluegrass. After saving and preserving these historic gems of cardboard music history, he decided to remove his show cards from a drawer in his hobby room and share them with other people who would also appreciate them. That’s why this Blue Ridge Music Poster Exhibition was created.

The Blue Ridge Music Poster Exhibition is made possible by the generous support of the Leonard G. Herring Family Foundation.