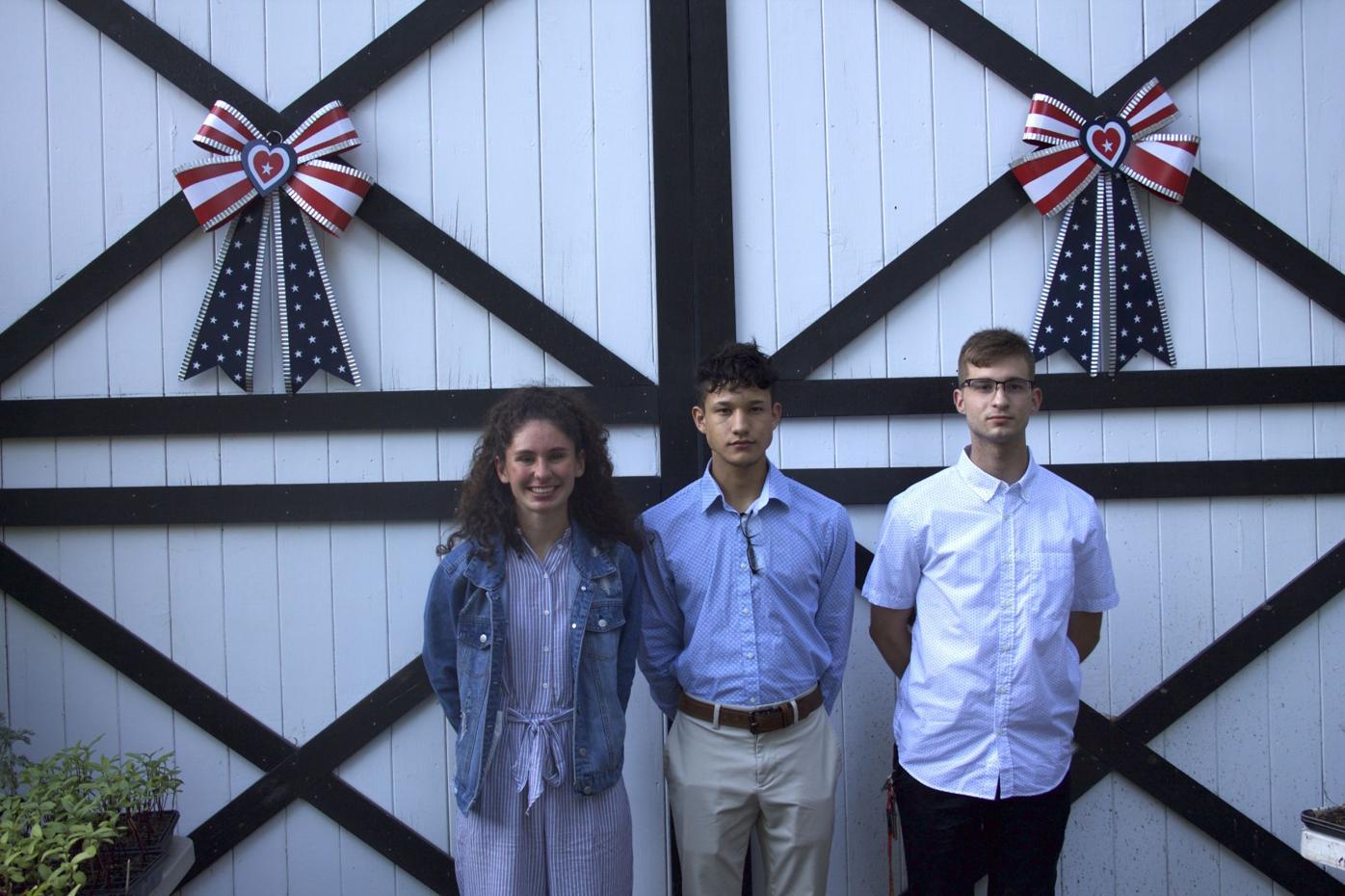 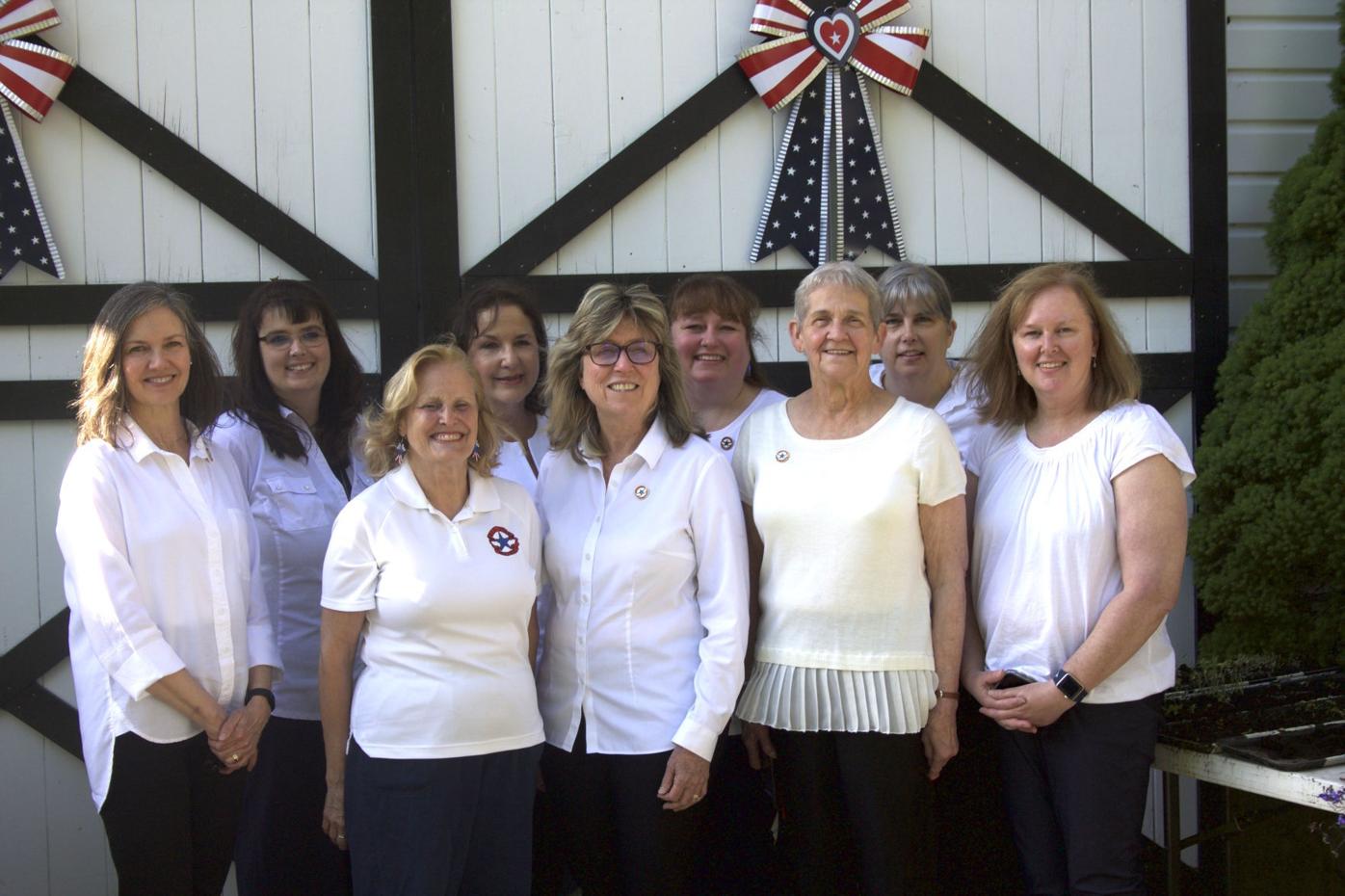 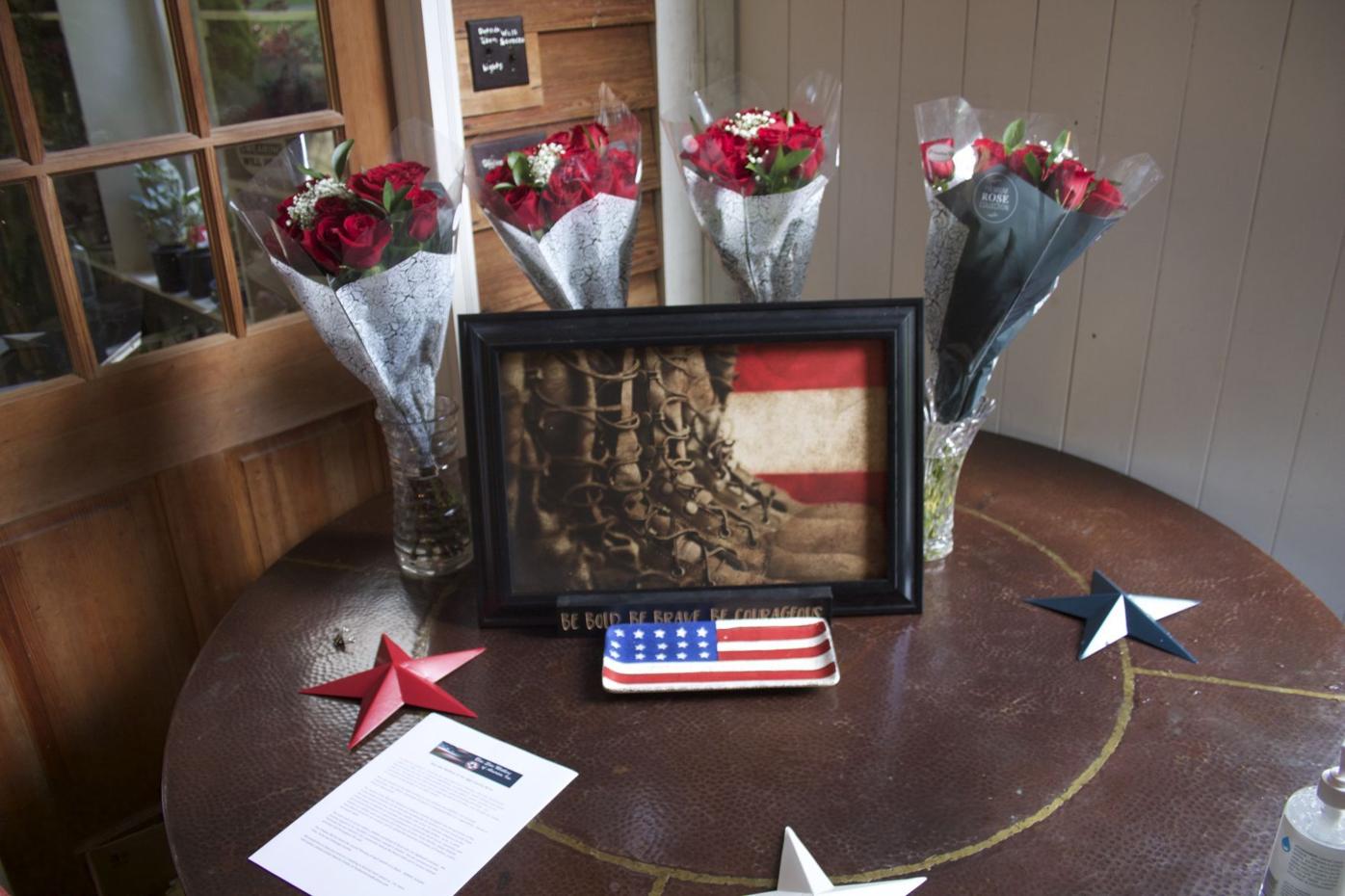 Each of the recruits mothers was given a bouquet of roses by the Blue Star Mothers of the High Country. 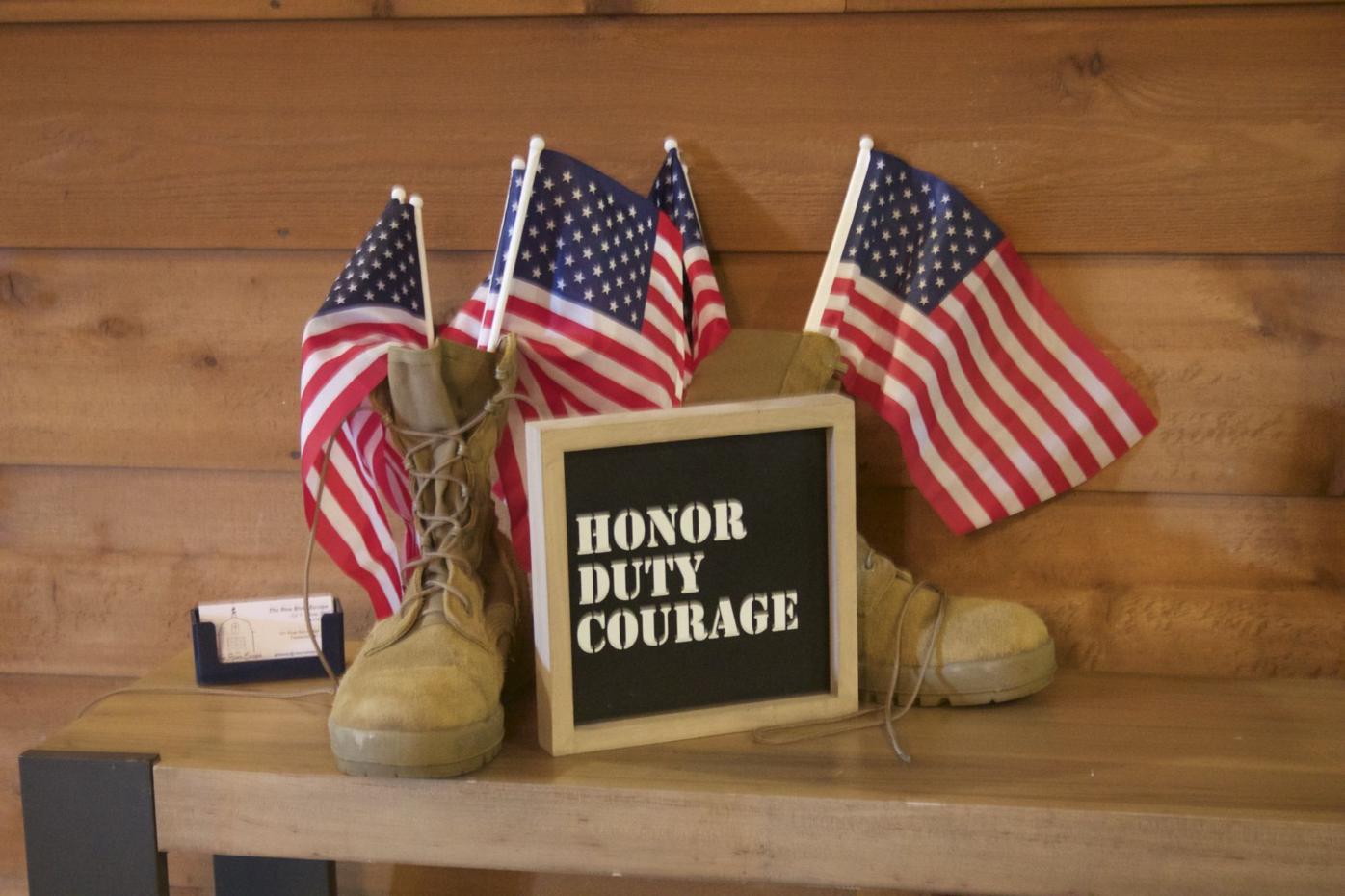 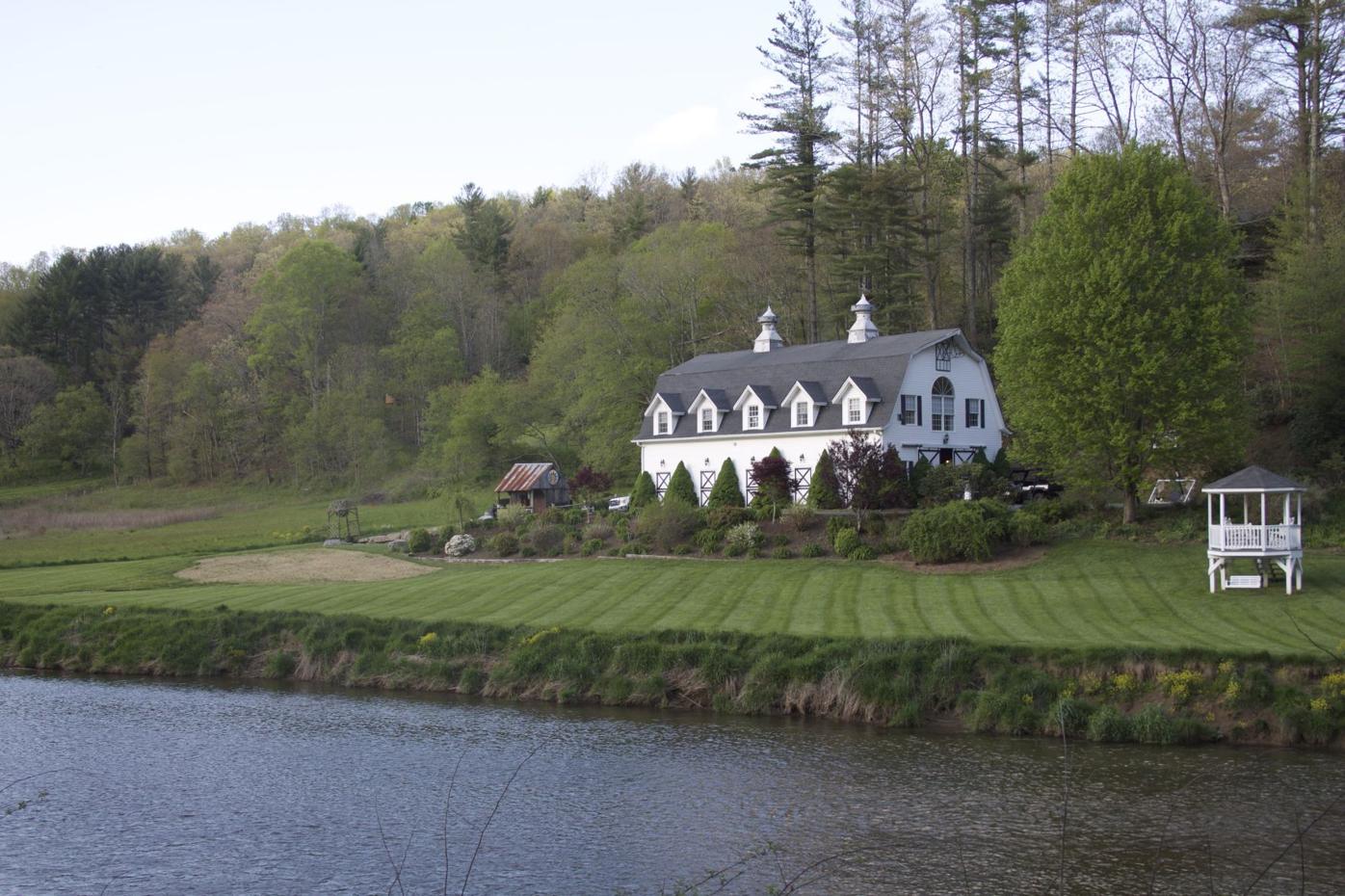 The Blue Star Mothers of the High County’s Hero’s Dinner was held at the New River Escape Barn and Guest House. 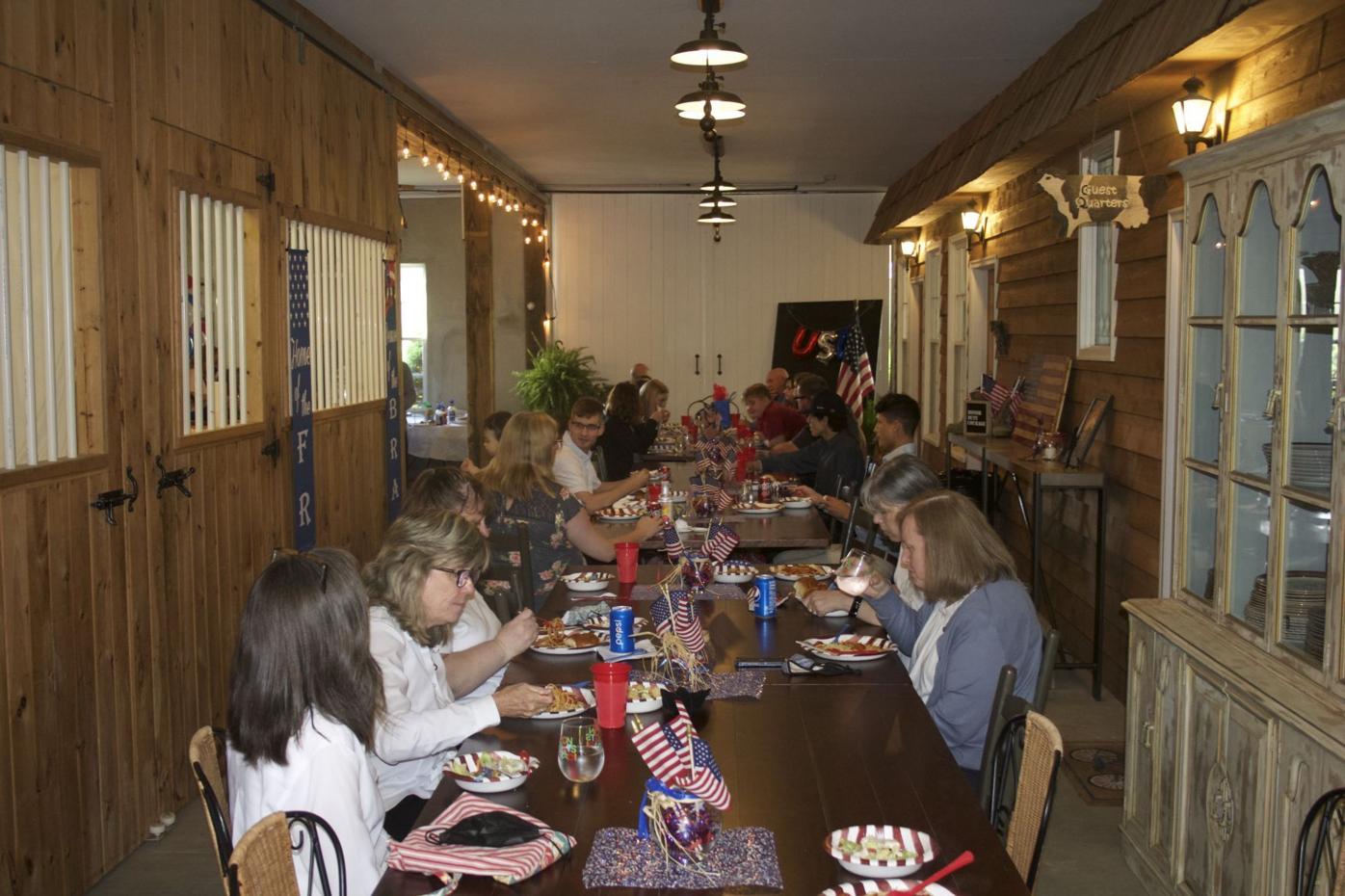 Guests enjoy a dinner of spaghetti and meatballs at the Blue Star Mothers Hero’s Dinner on May 10. 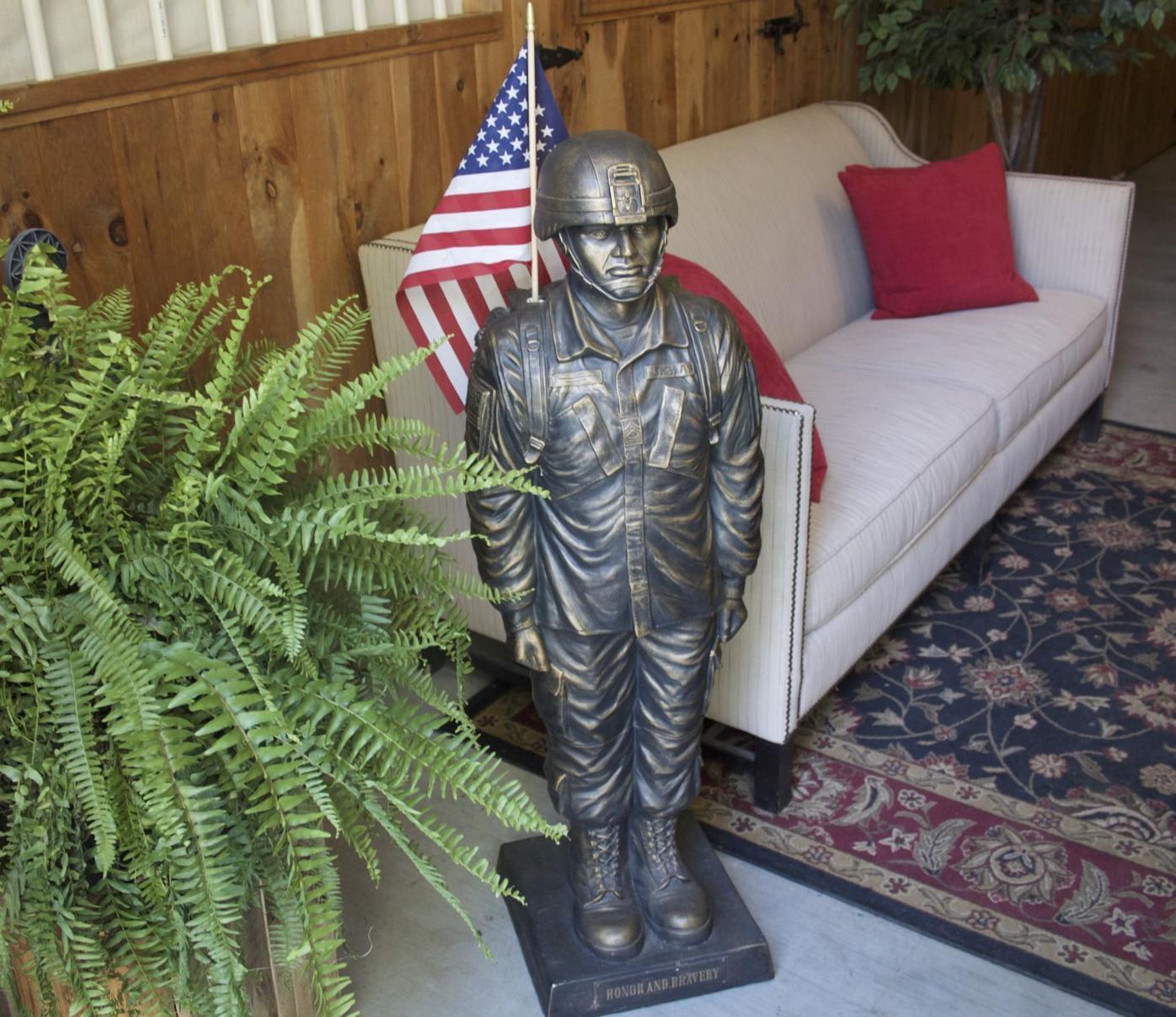 A model soldier stands guard at the Hero’s Dinner held on May 10.

Each of the recruits mothers was given a bouquet of roses by the Blue Star Mothers of the High Country.

The Blue Star Mothers of the High County’s Hero’s Dinner was held at the New River Escape Barn and Guest House.

Guests enjoy a dinner of spaghetti and meatballs at the Blue Star Mothers Hero’s Dinner on May 10.

A model soldier stands guard at the Hero’s Dinner held on May 10.

FLEETWOOD — In the presence of family and friends, three of the nation’s newest military recruits received a warm send off and a heartfelt show of gratitude from the Blue Star Mothers of the High Country on Monday night.

The event — The Blue Star Mothers Hero’s Dinner — was held on May 10, at the New River Escape Barn and Guest House in Fleetwood and honored Jernee Elizabeth Ashley, Isaac V. Zamora and Dalton Blackburn — three High Country graduating seniors who are set to enter military service later this year. During the festivities, the recruits were presented with gifts, and they and their families were treated to a dinner of salad, spaghetti and meatballs and dessert.

“It’s important that we recognize these young men and women because they are taking a stand that most people will not take,” said Kathy Bravo, a spokesman for the Blue Star Mothers of the High Country. “They stand in defense of our nation. So, as they get ready to leave and go through the hardships, the deployments and bootcamp, us as Blue Star Mothers want them to know that they have a support base here in the High Country.”

“I like doing community service,” said Ashley, regarding her desire to join the military. “I just like giving back to my community and it just seemed right because I have some family members in the service.”

Likewise, both Zamora and Blackburn noted family as a motivating factor for joining the military.

“So there’s two sides of the family, on one side we have a couple who are in the Army. Growing up, I visited them quite often on military bases,” said Zamora. “It felt normal I guess.”

“It’s just a family thing I guess,” added Blackburn. “Everyone’s gone and done at least four years. My dad, his dad and so on.”

The three recruits are eager to begin their military service, however, some of their family members — though immensely proud of their decision — have experienced a variety of emotions.

“I’m very proud. It’s been an emotional rollercoaster with her going away but we’re really proud of her joining the military to fight for our freedom and our country,” said Steve Ashley, Jernee Ashley’s father. “We’re excited, just a little nervous about it. But, were just going to trust the Lord to take care of her. I know she’ll serve our country well. ”

In the past, the organization has sent cards and care packages to troops serving overseas, provided member support as needed and have traditionally been present at the Memorial and Veterans Day ceremonies held at the Boone Mall each year.

The High Country chapter meets the second Monday of each month at 5:30 p.m. For more information, contact Marsha Findlay at findlaymarsha@yahooo.com.

According to the Blue Star Mothers of the High Country, this year’s Hero’s Dinner was made possible by a variety of local businesses, such as New River Escape Barn and Guest House who provided the space and Alliance Bible Fellowship who donated Bibles. This year’s event was also sponsored by Food Lion, Ingles, Harris Teeter, Lowes Foods, Publix, Smokey Mountain Barbecue, Stick Boy Bread Company and Walmart.