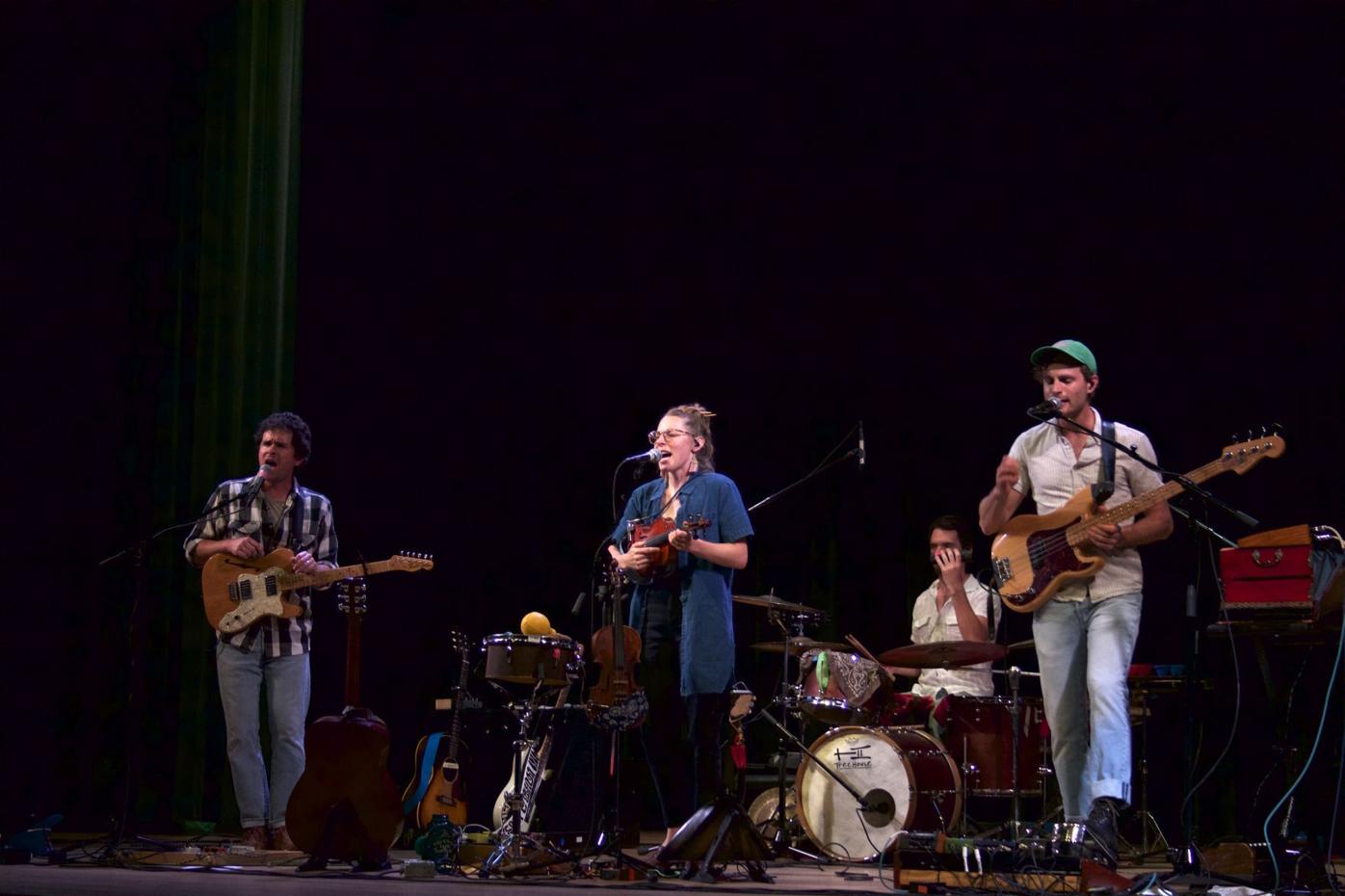 Asheville-based folk-rock band River Whyless took to the stage of the Ashe County Civic Center on Oct. 2. The band is made up of multi-instrumentalist Ryan O’Keefe, Halli Anderson, Alex McWalters and Daniel Shearin. 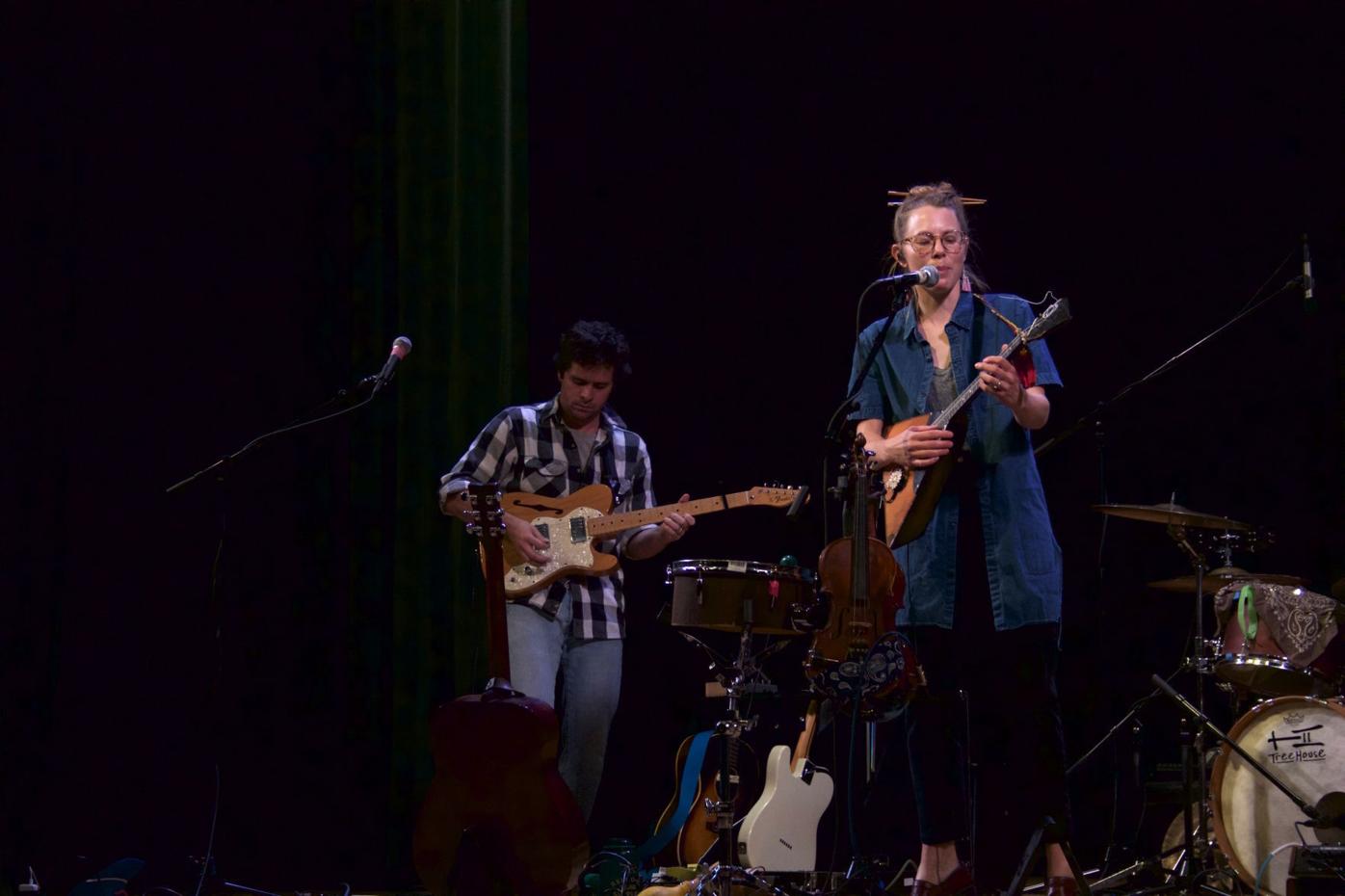 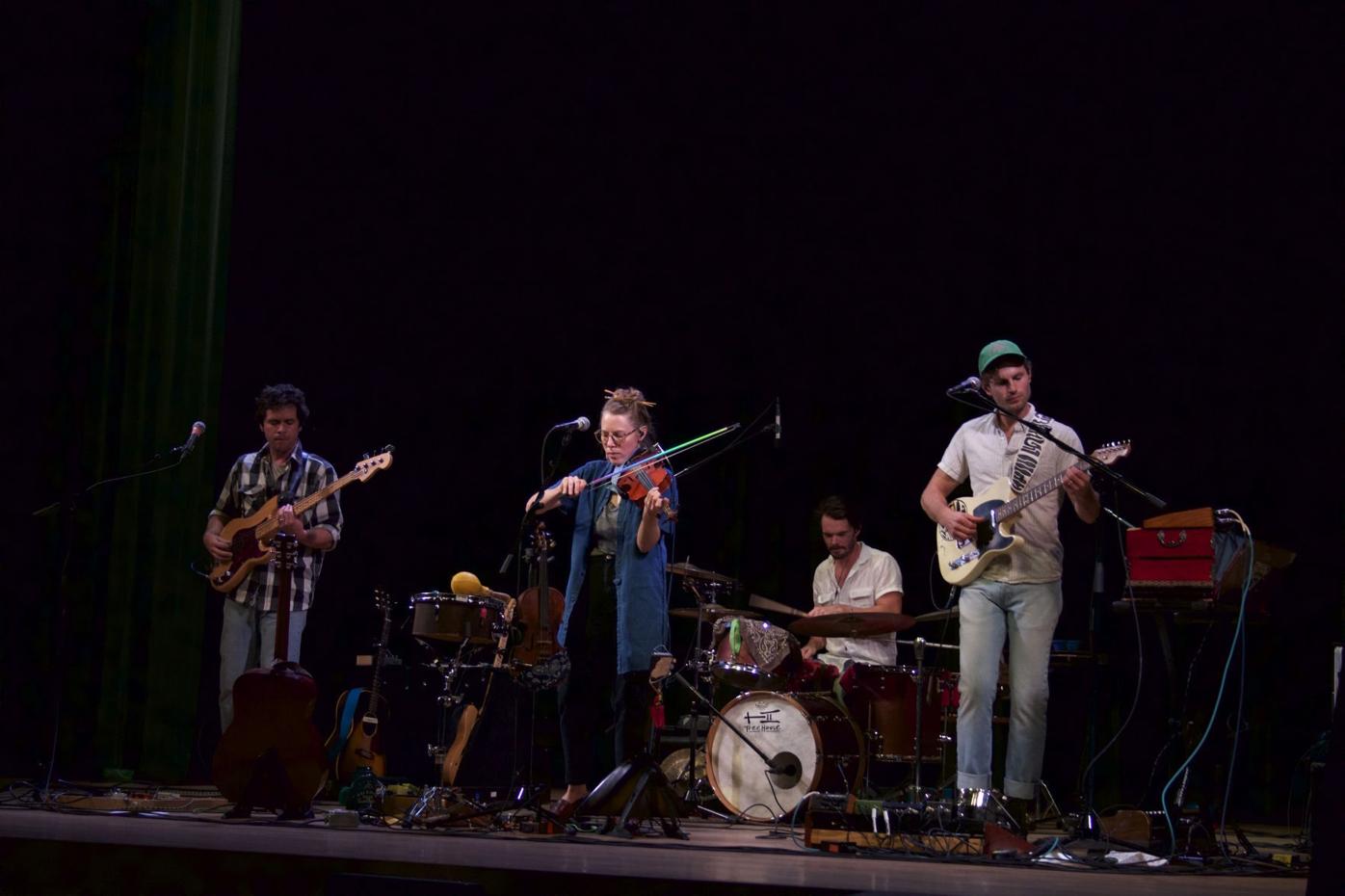 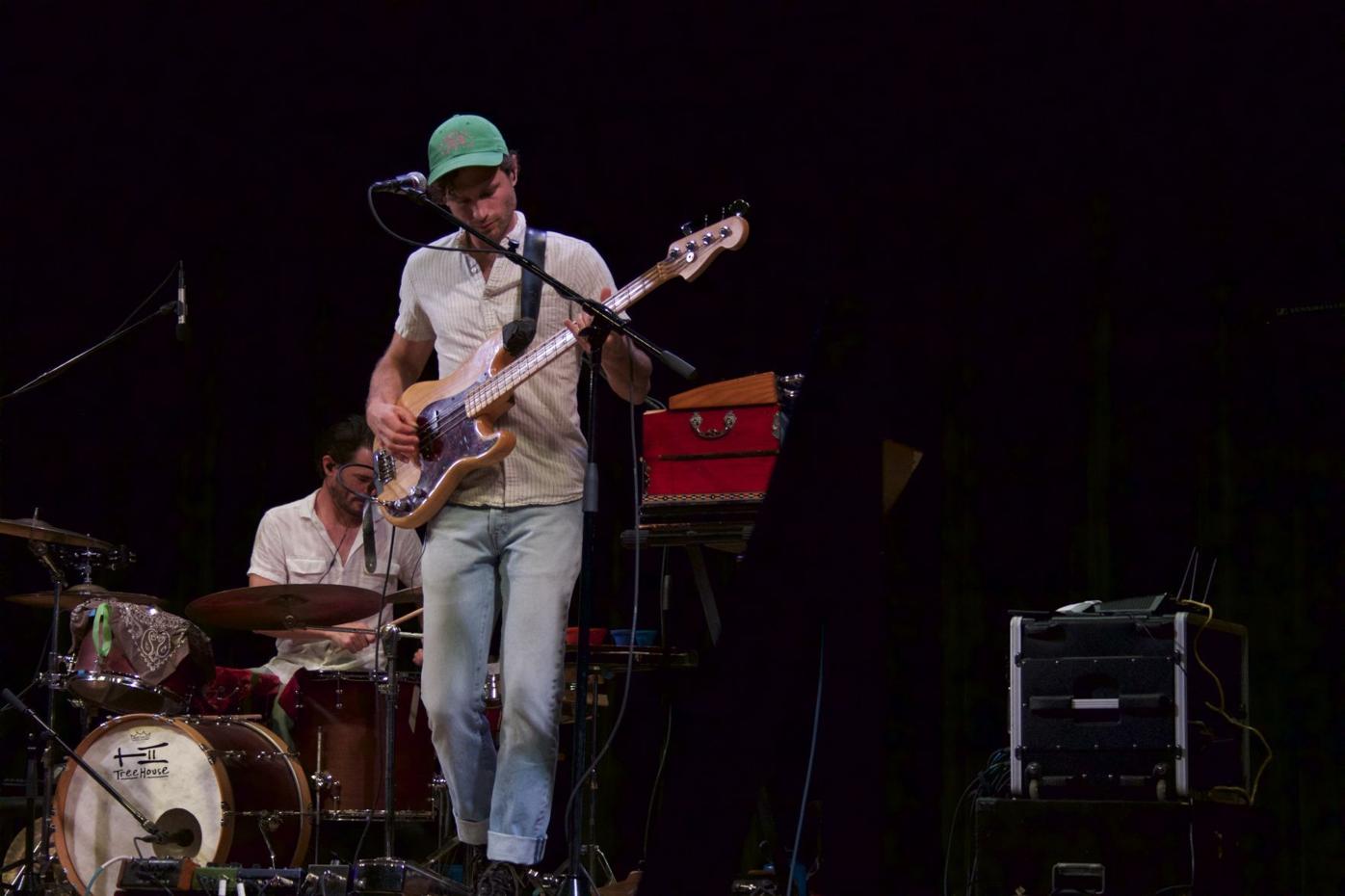 Asheville-based folk-rock band River Whyless took to the stage of the Ashe County Civic Center on Oct. 2. The band is made up of multi-instrumentalist Ryan O’Keefe, Halli Anderson, Alex McWalters and Daniel Shearin.

WEST JEFFERSON — Asheville based folk-rock band River Whyless brought their unique sound and style to the stage of the Ashe County Civic Center on Oct. 2.

The group first formed in 2009, and showcases the talents of multi-instrumentalist Ryan O’Keefe, Halli Anderson, Alex McWalters and Daniel Shearin.

“It was great, it was fun. This was our first time back since October of 2019,” said Shearin of their Ashe County performance. “It was a long time coming, and we were a little nervous about it, but we think it went pretty well.”

The group draws inspirations from a variety of different musical genres, at times incorporating instruments such as the harmonium and the balalaika — a Russian folk instrument — into their sound.

Throughout the performance the band astonished crowds with their soaring vocal harmonies as they casually switched between different instruments, an act which the members say was born out of necessity.

“When we record we always have a bunch of toys (instruments) lying around and we end up picking them up and trying them out here or there. Some of them become a centerpiece of a song, then they have to make it to the live set. So, one of us has to figure out how to actually play it live,” Shearin said. “Whoever isn’t taken up by something else picks it up and does it.”

The band says that following their upcoming shows, they plan on taking a break before putting the finishing touches on a new album, which is scheduled to be released in spring of 2022.

“These are our only shows for 2021, these three shows in North Carolina. Then we’re going to shut back down for the winter,” said Anderson. “But next year, next spring, we have an album release planned. So, if all goes well with the health of the world then we’ll drop a new record.”

To learn more about the River Whyless visit their website at www.riverwhyless.com/ or check them out on social media at www.facebook.com/riverwhyless.

The next show hosted by the Ashe County Arts Council will be a night of Celtic and Scandinavian music performed by the group Harpa. The show will take place at on Oct. 15, at 7:30 p.m. at the Ashe County Civic Center located at 962 Mt. Jefferson Road in West Jefferson.

For more information about this show visit the Ashe County Arts Council’s website at ashecountyarts.org/ or call (336) 846-2787.