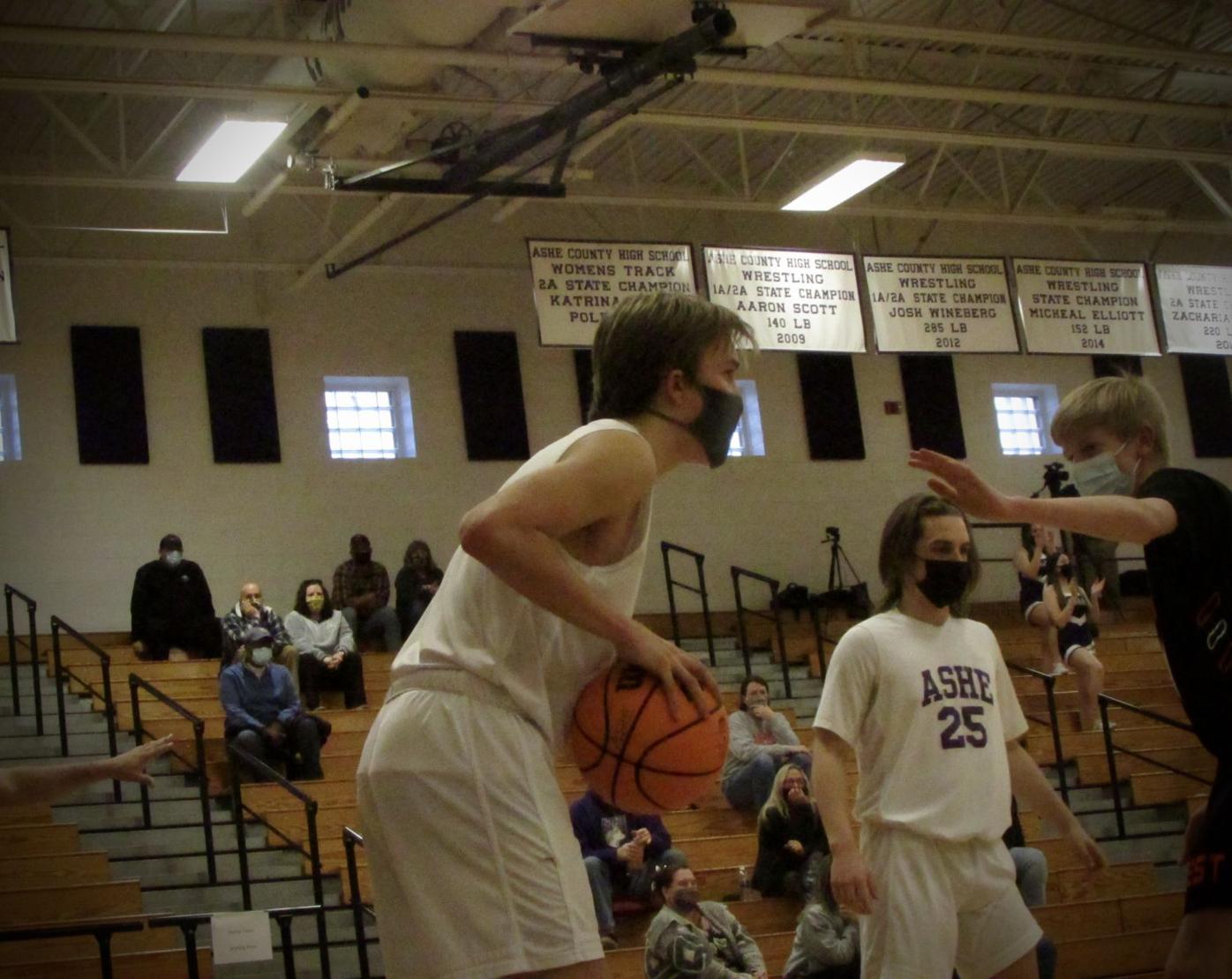 Harrison Langdon prepares to in-bound the ball to his teammates. 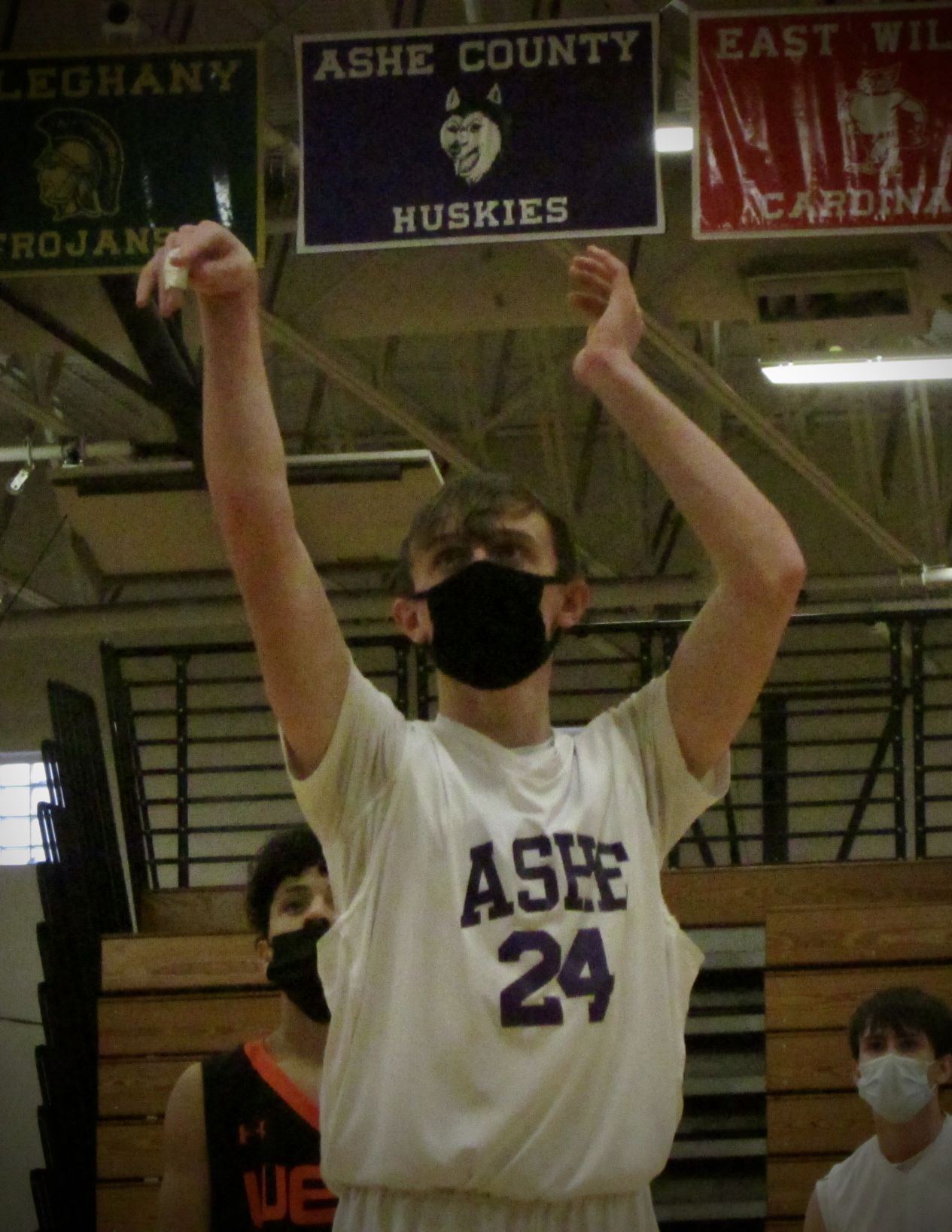 Sophomore Josh Poe shoots a foul shot for the Huskies.

Harrison Langdon prepares to in-bound the ball to his teammates.

Sophomore Josh Poe shoots a foul shot for the Huskies.

WEST JEFFERSON — In their final game of the conference season on Feb. 17, the Ashe County High School JV boy’s basketball team left the court with a loss against the West Wilkes Blackhawks, 46-39.

Starting off steady, the Blackhawks got the ball in first and gained two foul shots within the first minute. Ashe’s defense struggled to get a hand on the ball and ended up giving away free shots.

Ashe sophomore Wesley Thompson managed to get the basketball through the hoop after three minutes of play, later gaining Bryce Little’s rebound to score once again.

As the first half played through, the Huskies gave the Blackhawks a handful of turnovers allowing them to gain a 16 point lead at halftime, breaking 31-15.

Returning to the court after halftime, the Husky boys never backed down despite the lengthy trail. West Wilkes’ defense continued to be strong and aggressive, often times double teaming a single Ashe player.

The basketball was frequently in the Blackhawk’s hands as they strived to create a greater lead.

Husky Grayson Huffman began to pull out three-pointers from left and right, increasing their score to leave with only a seven-point defeat.

Ending their season, the JV boy’s left 8-4 in their conference.