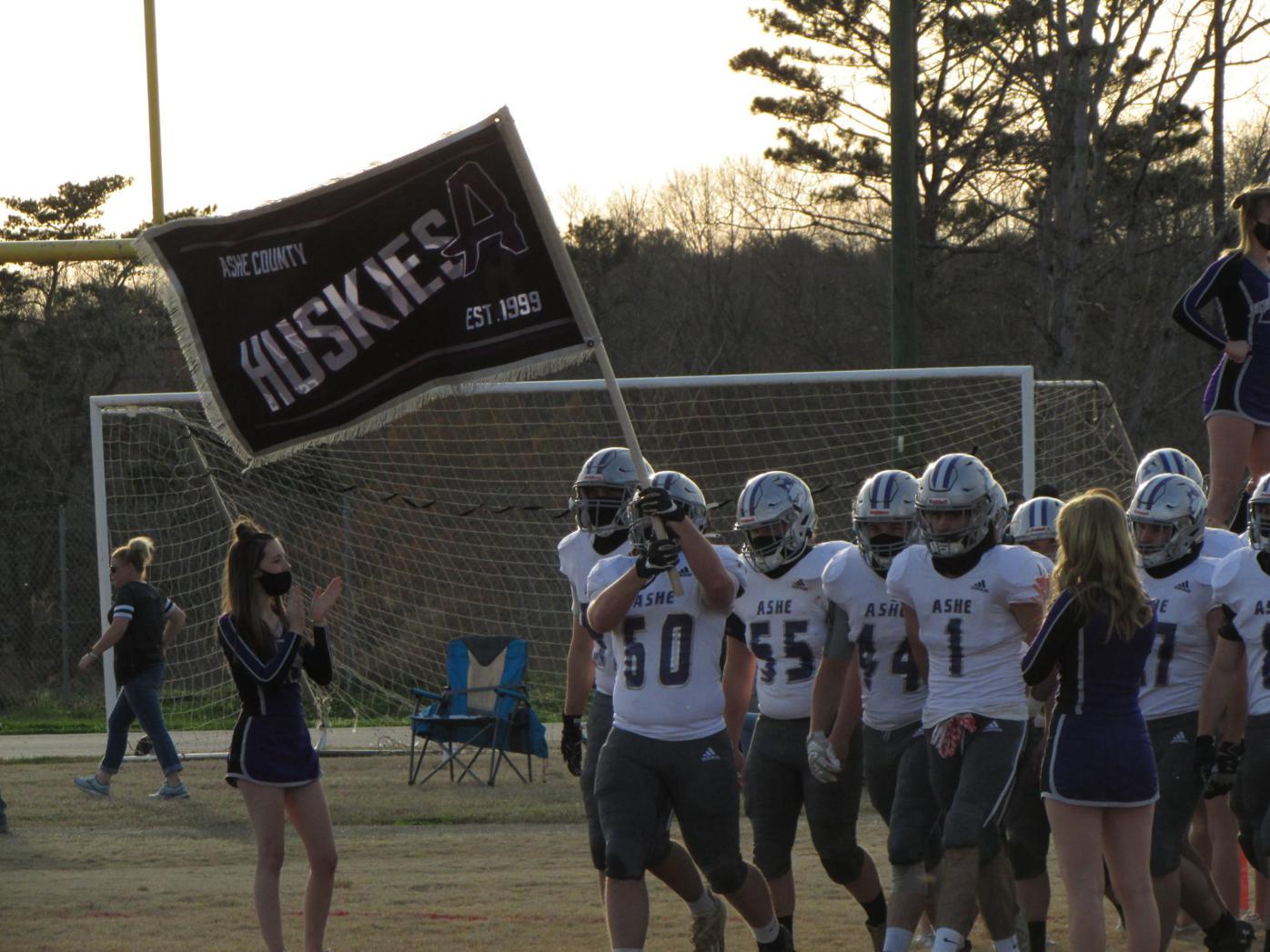 Jaron Greer leads the pack onto the field, ready for another Husky victory. 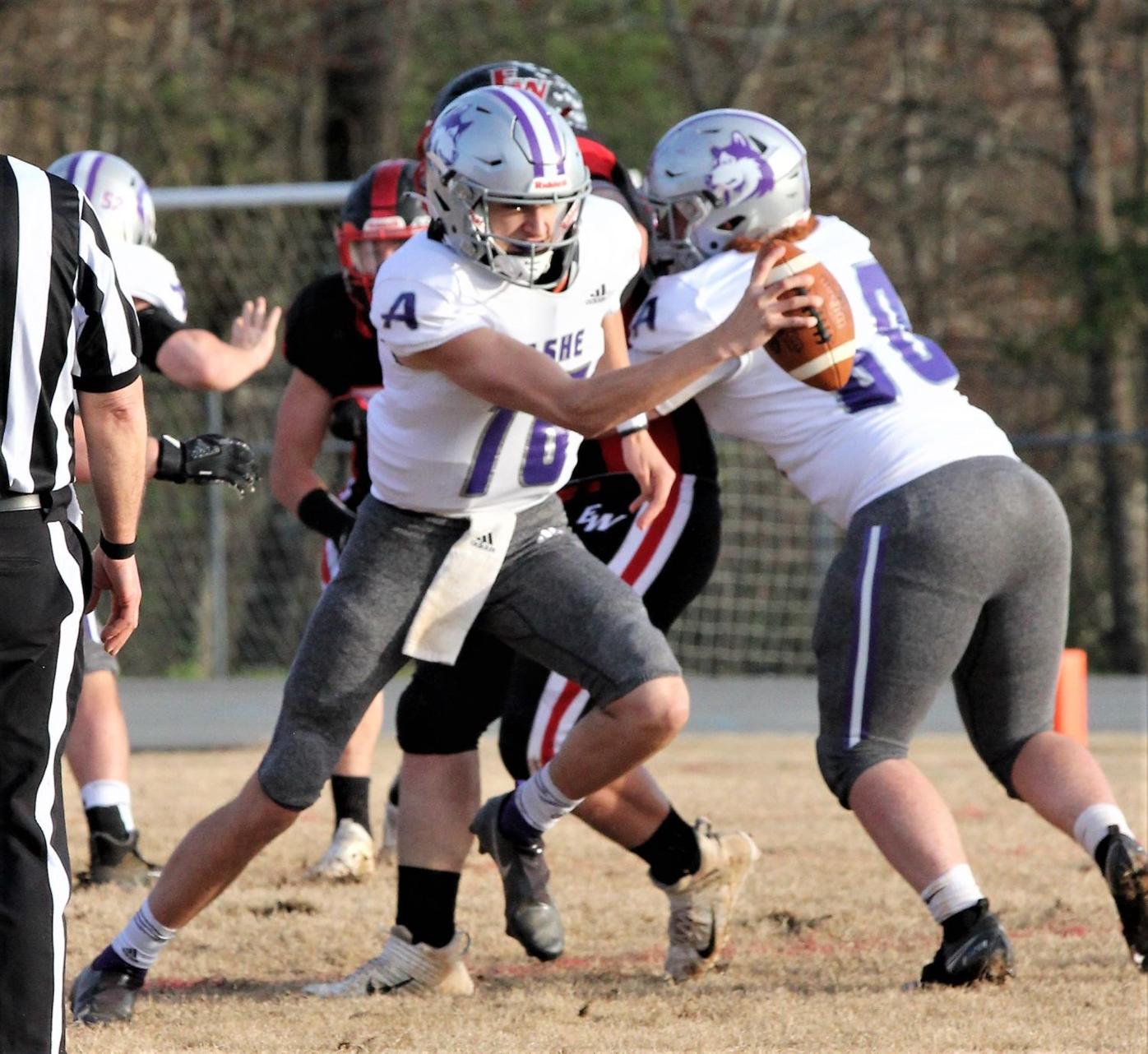 Quarterback Dawson Cox escapes the impending defense and makes a run for a first down. 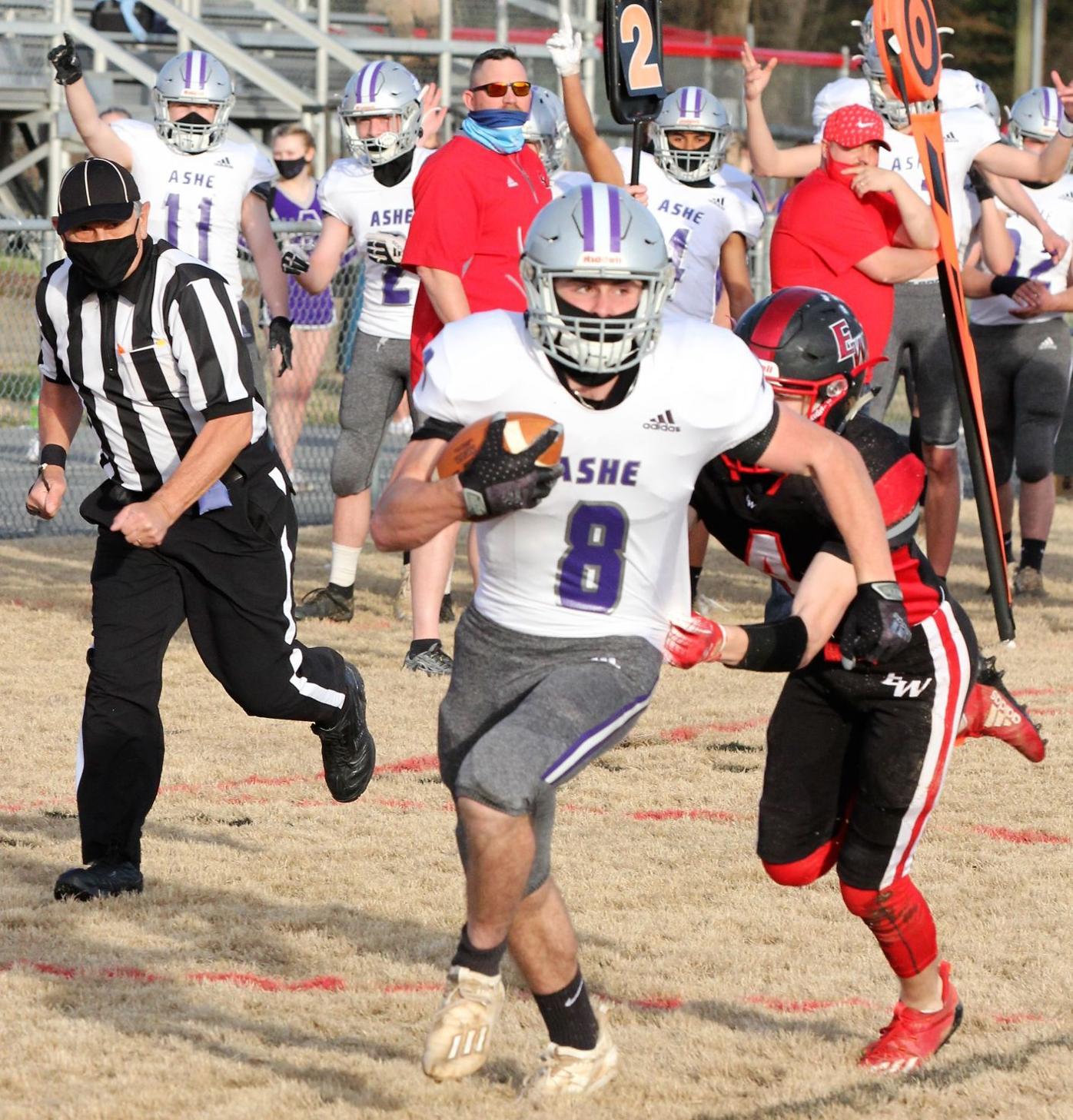 Thomas Ballard landed his first touchdown of the season on March 26. 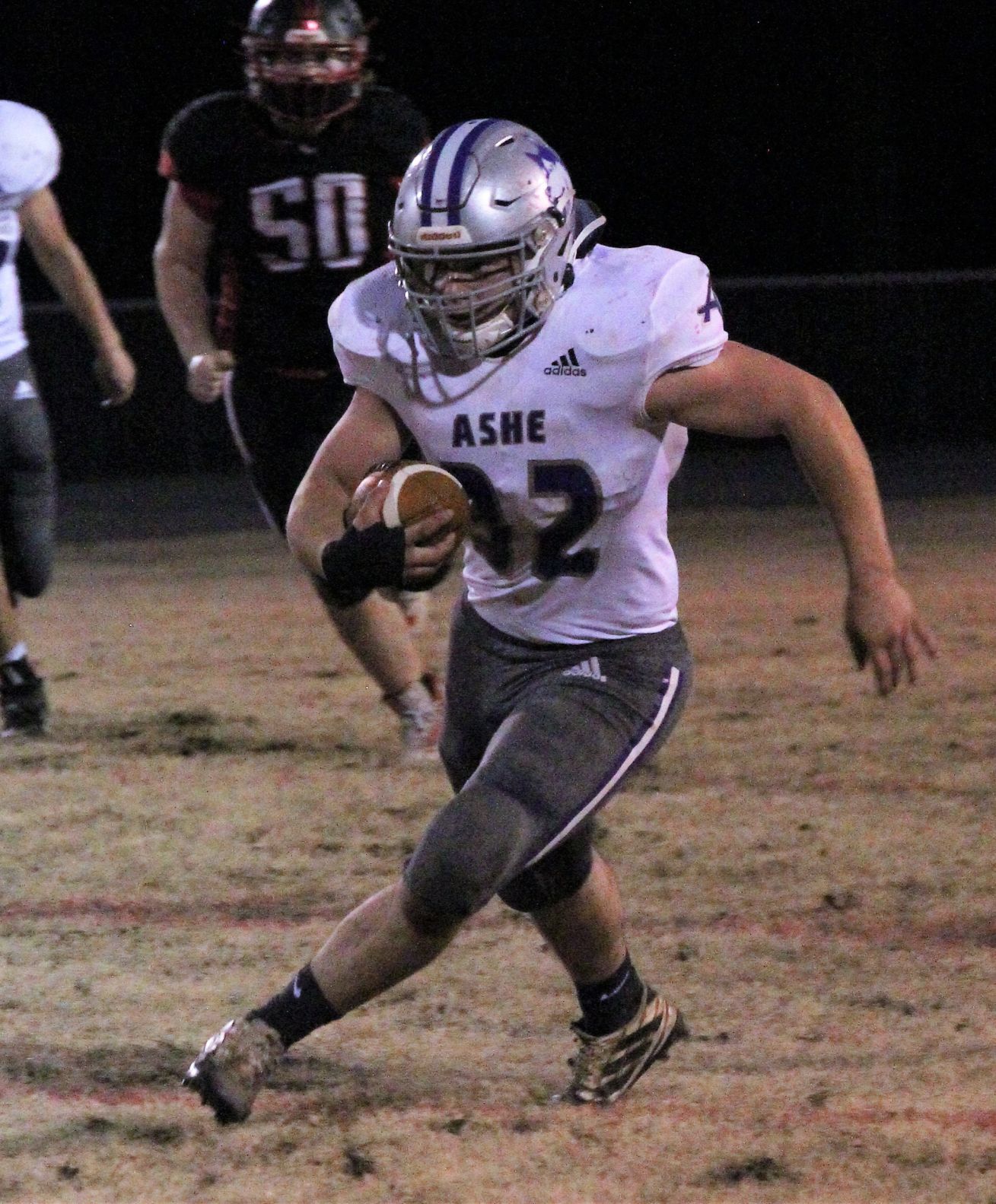 Ryan Blevins makes a run for his first touchdown. 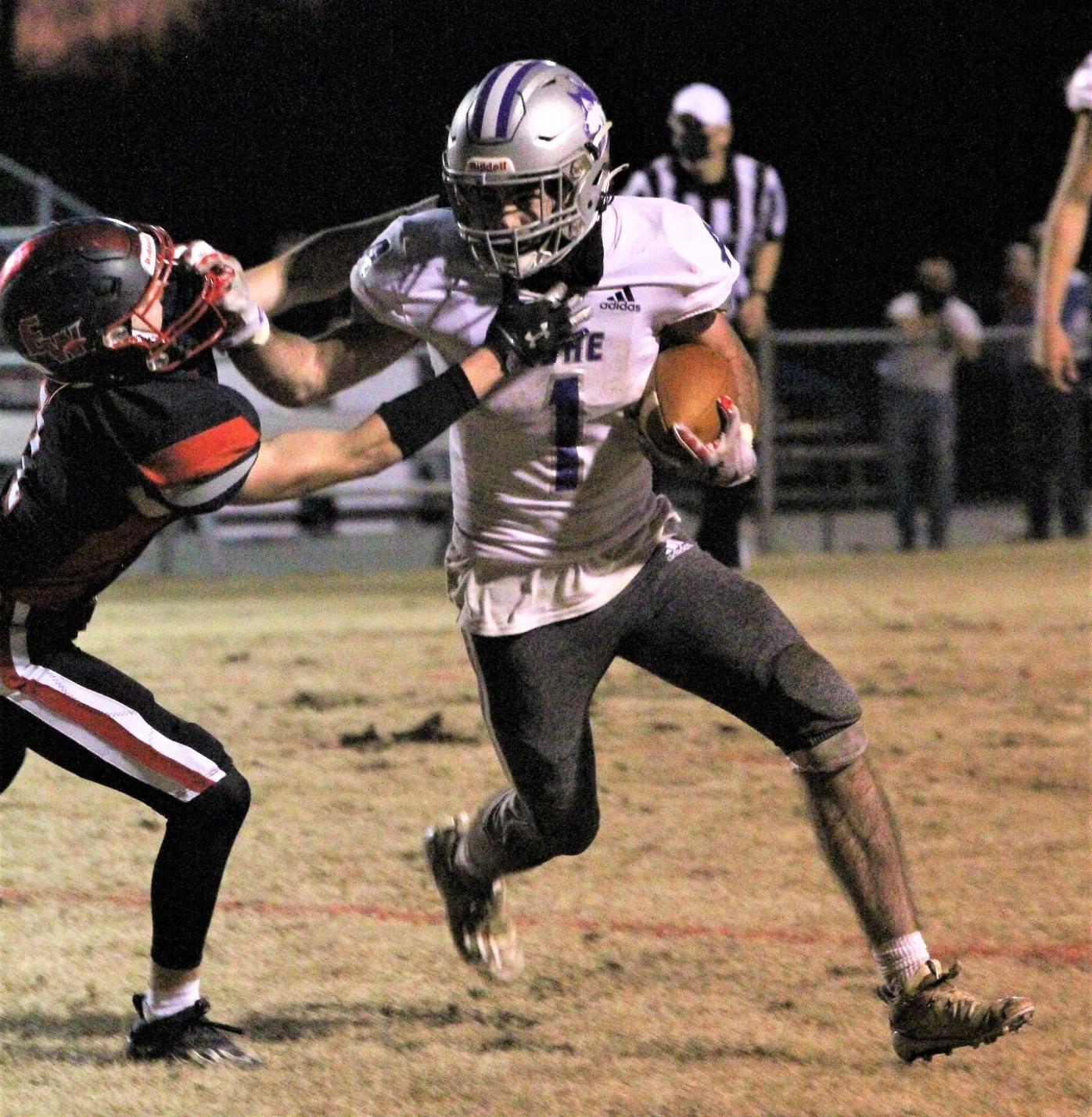 Austin Poe blocks his defender as he drives the ball closer to a Husky goal. 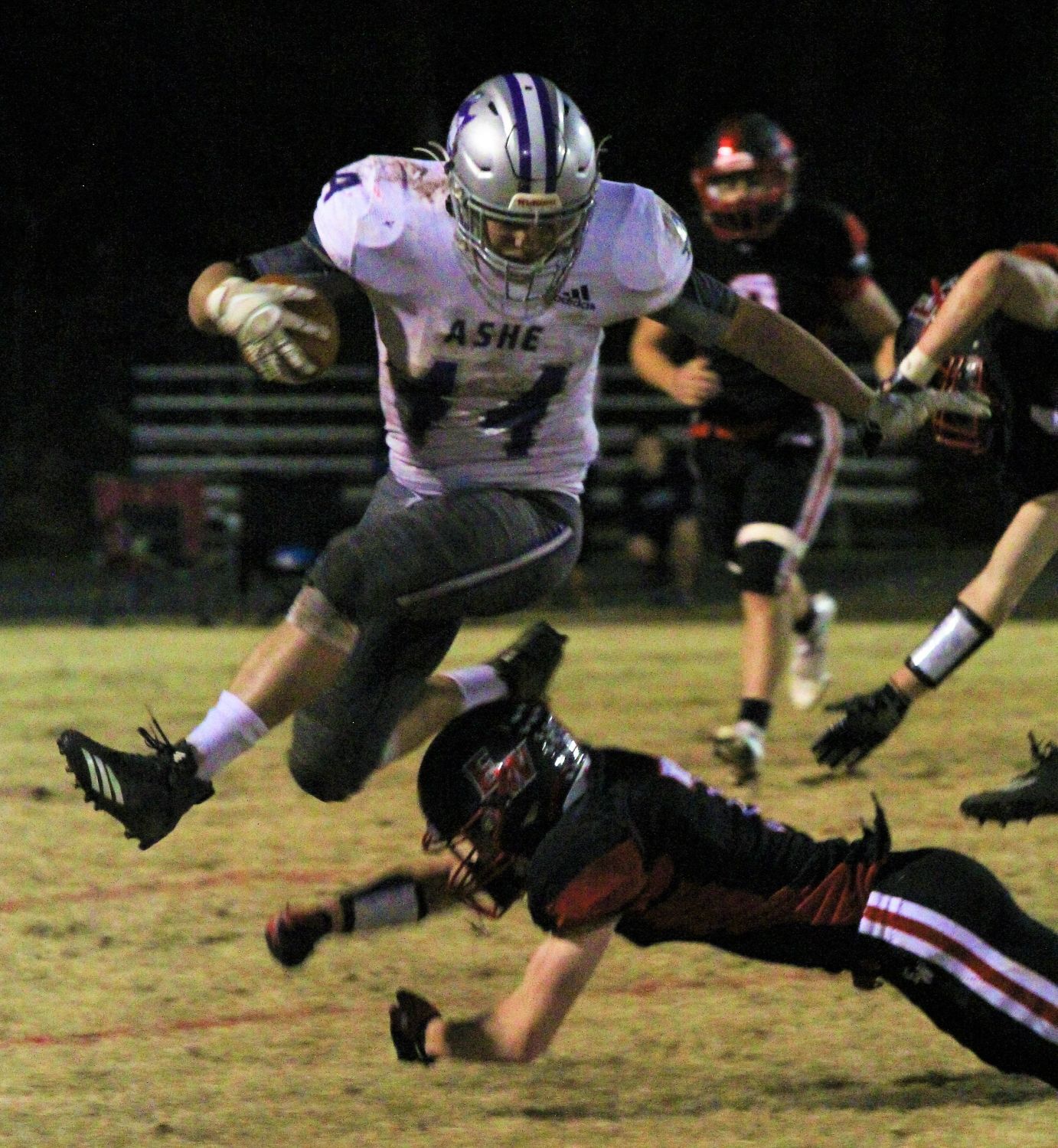 Jaron Greer leads the pack onto the field, ready for another Husky victory.

Quarterback Dawson Cox escapes the impending defense and makes a run for a first down.

Thomas Ballard landed his first touchdown of the season on March 26.

Ryan Blevins makes a run for his first touchdown.

Austin Poe blocks his defender as he drives the ball closer to a Husky goal.

The Huskies, now 5-0, received the first punt of the game, wasting no time in pushing the ball toward Cardinal territory.

Within the first three minutes, Ashe quarterback Dawson Cox had thrown the ball for back-to-back first downs and placed the offensive line near the 30-yard line.

Cox made a 22-yard touchdown pass to wide receiver Thomas Ballard and he drove his way into the end-zone, the first of the season for Ballard.

As the Husky defense made its way onto the field for the first time of the night, the Cardinals struggled in breaking through the tight wall Ashe had built. They made their way past the 50-yard line into Husky territory, but soon got sacked by senior Ryan Blevins on a Cardinal’s fourth-and-long.

The first quarter held turnovers for both teams, but as the clock wound down, East Wilkes had managed to break through the wall and found themselves at a third-and-goal.

Austin Poe, cornerback on the Huskies’ defensive line, made way for the ball carrier, tackling as the Cardinal’s attempted a touchdown.

The Cardinals continued pushing towards the goal line in the second quarter, however often finding themselves mixed in penalties and leading them further back.

Jaron Greer held a great sack on a Cardinal’s fourth-and-35 and the Huskies regained possession of the ball.

After more tackles and little yards gained, the Huskies were forced to punt.

The Cardinals began to tighten their offensive line and made their way past midfield, but their quarterback threw the ball straight into Husky cornerback Jacob Miller’s hands for an interception.

With retained possession, Poe got the second touchdown of the night and the Huskies held the lead 14-0 at halftime.

The game continued strongly and the Huskies had a clear vision of victory in their sight.

With 7:36 left in the third, Poe held his second touchdown of the night, the third for the Huskies.

Poe continued to pursue the ball and recovered a fumble on Ashe’s 20-yard line, looking for the Huskies to make another run towards the goal-line.

Just beginning the last quarter of play, Blevins took advantage of the recovery and also gained his first touchdown of the season.

Ashe set the field on fire and continued to round up touchdowns, Timothy Peterson with the fifth and Blevins with the sixth.

Keenan Witherspoon had an outstanding interception on a first-and-goal, Cesar Martinez coming in later with yet another interception.

The Huskies left the field 41-0, leaving the Cardinals devastated on their home field.

On April 1, the Huskies will take the road to West Wilkes for the final away game of the season. Kick-off is set for 6:30 p.m.