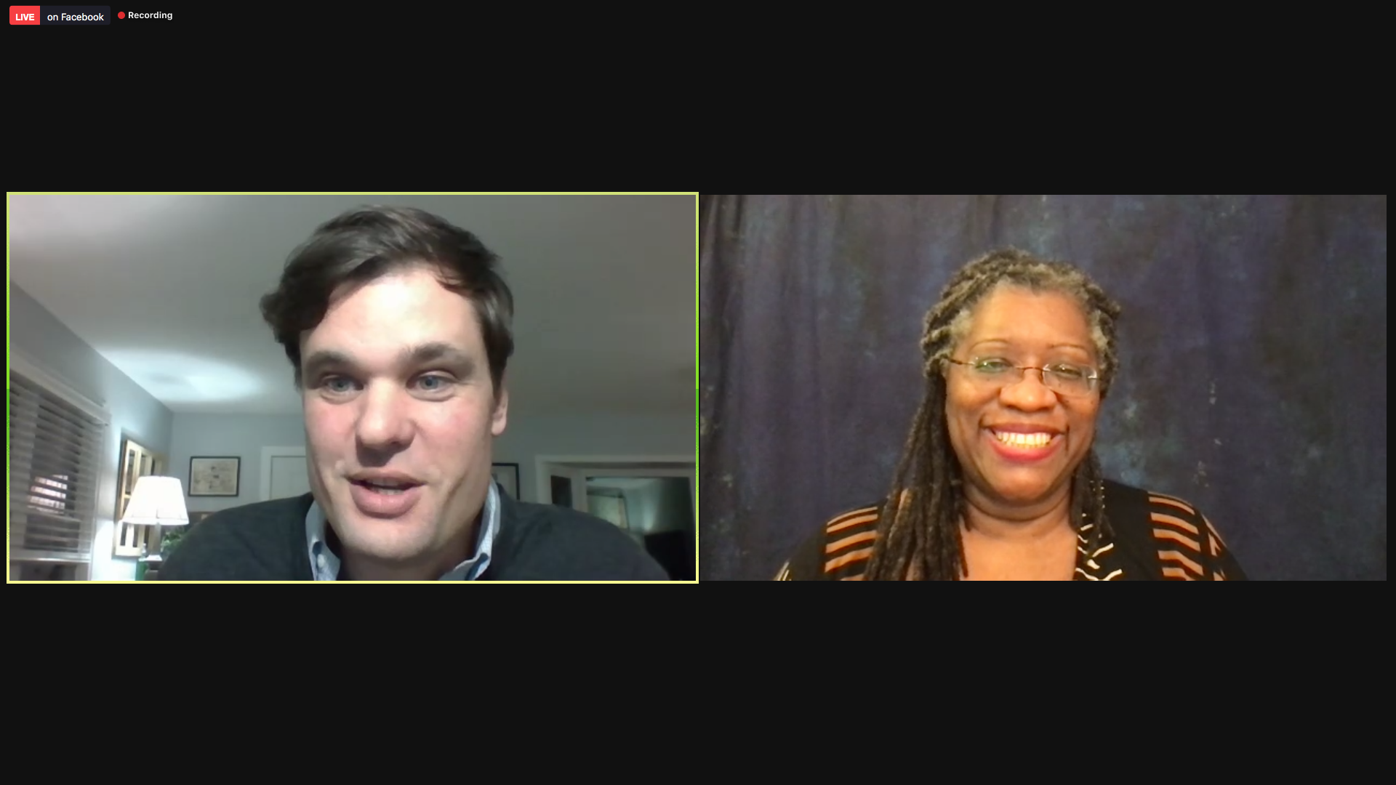 Jeff Fissell and Donna Washington discuss her storytelling career and her views on the social injustices of the world during a virtual MLK Day event Jan. 18. 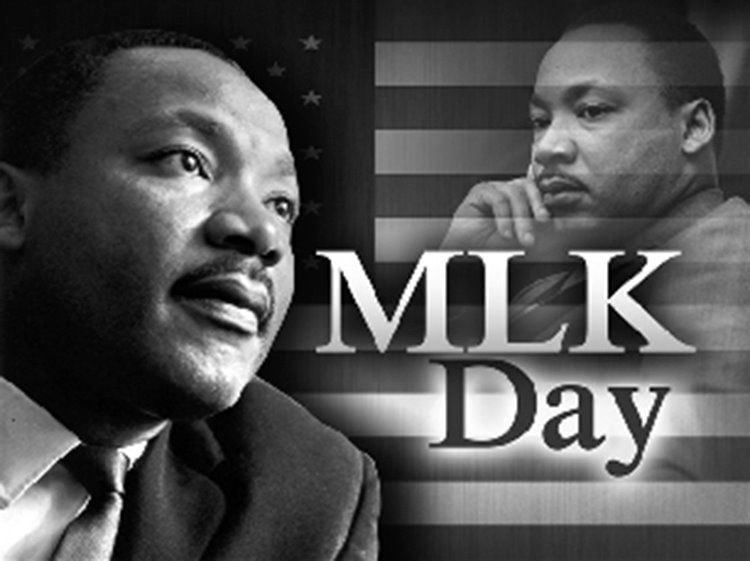 Jeff Fissell and Donna Washington discuss her storytelling career and her views on the social injustices of the world during a virtual MLK Day event Jan. 18.

The livestream began with a prayer followed by Olivia Glover of Ashe County High School reciting Dr. King’s last testament. Matthew Thomas-Reid then read former President Barack Obama’s speech on the late John Lewis who died in July 2020. These openings were moving to those watching from home as it incited a sort of nostalgia as they remembered those who have passed, all leaving a great impact on the social issues of America.

Storyteller Donna Washington was the night’s special guest and she shared her story “Chairs in the Trees,” which is a take on her experiences during Obama’s second election.

Washington begins with recalling the happenings of lynching chairs in trees after Actor Clint Eastwood spoke to a chair directly as if he were speaking to former President Obama. She states that she was in a community in southern North Carolina during the election season, where a few of these chair lynchings took place. In her time in the town, she taught Greek Mythology to children who had never been introduced to the genre. Many of the children were appalled by her teachings as they were unfamiliar with the ideas.

”I realized I had walked into a community where their parents had clearly told them to beware of people trying to move them away from the true religion,” Washington said. “Nobody had ever exposed them to anything that would suggest that there is anything other than what’s right in their community; out in the world. It was both the most hysterical thing I had ever encountered and the saddest thing I had ever encountered in the same moment.”

She said how she explained to the students what mythology really is and how they became more comfortable. At this point in the Zoom, there were a few confusions as how this connected with the election and the current celebration.

The time in her story came to a peak as she experienced the 2012 election in a hotel full of viewers who did not share the same opinions as her. She entered the lobby the next morning where the breakfast area was filled with people who all seemed to have their eyes on her as she is the only black woman in the room. As she stands in line, an older lady comes up to her and says “I’m so glad that’s over. Now, we can talk to each other again.”

Washington expressed her confusion and her train of thought as it ran from offense to anger and finally to realization. She had realized the woman was simply “un-othering” her, a term Washington used to explain how you can make a person feel welcome in a place they’re sometimes scared of.

With a smile and a touch of the hand, Washington responded, “Yes we can,” closing her story with a spark of inspiration as her students were able to speak freely and she was able to feel comfortable in a community where she was seen as an outcast.

”When you encounter someone with a different mindset, don’t dismiss them; engage, even though it’s hard. You will learn something,” Washington said as she exhibited her strive for equity in a country where its current state seems far from it.

The live stream was then opened up to questions for the guest speaker and through her answers, Washington stated that people should not care that she is a different color and she believes Martin Luther King Jr. would feel the same if he were here today.

She also expressed how King would be saddened for us as a country following the events in the Capitol last week.

According to Washington, King would state that America works because its citizens are able to listen to all sides and violence does not solve anything.

To end the Zoom, the question of how we as a community can support equal justice for all was asked. Washington conveyed that we must really look at the way we administer the laws and justice and how it is going to be important that we thoroughly examine the choices we make.