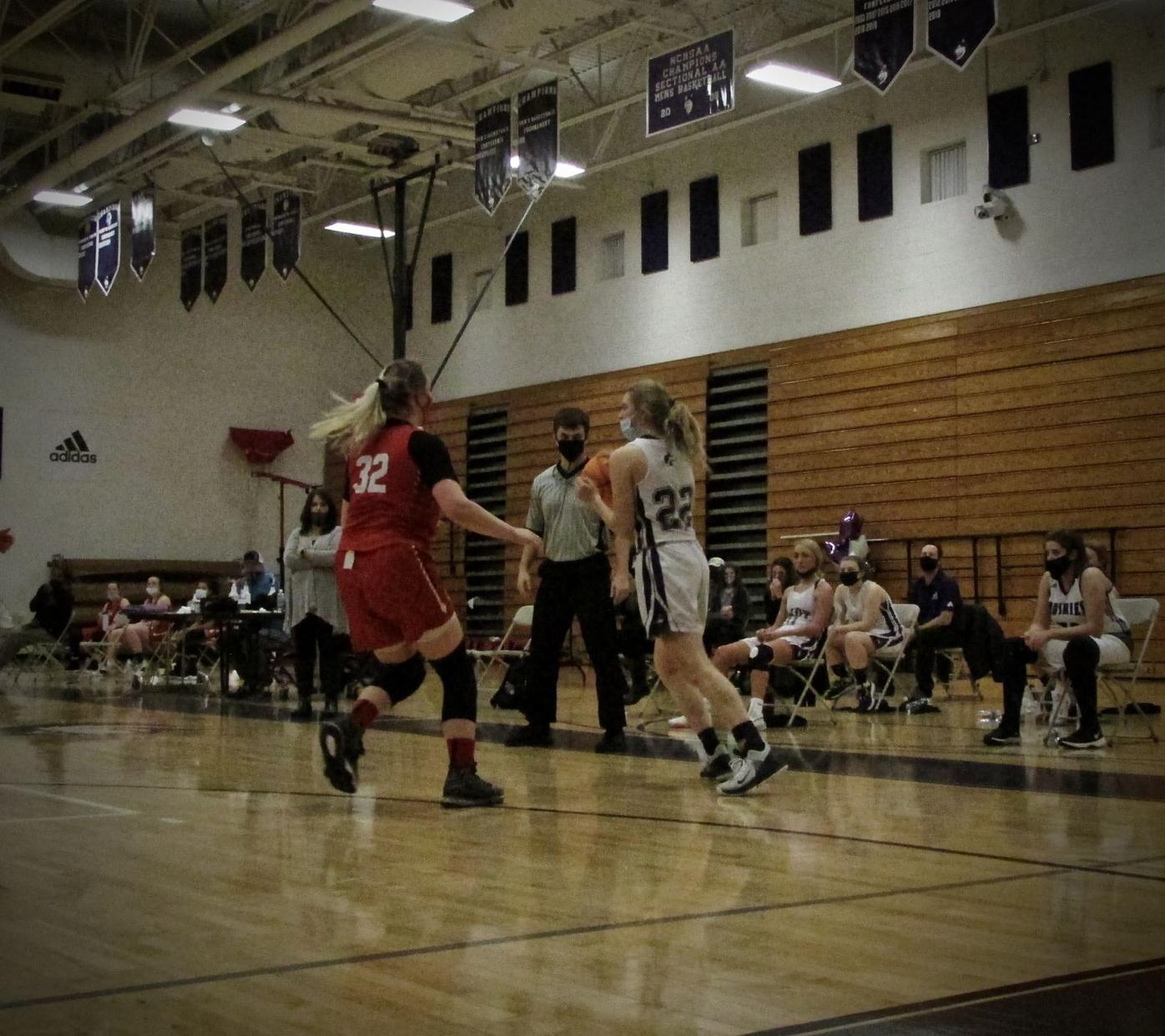 Macie Miller looks for an open pass as she gets defended by East Wilkes. 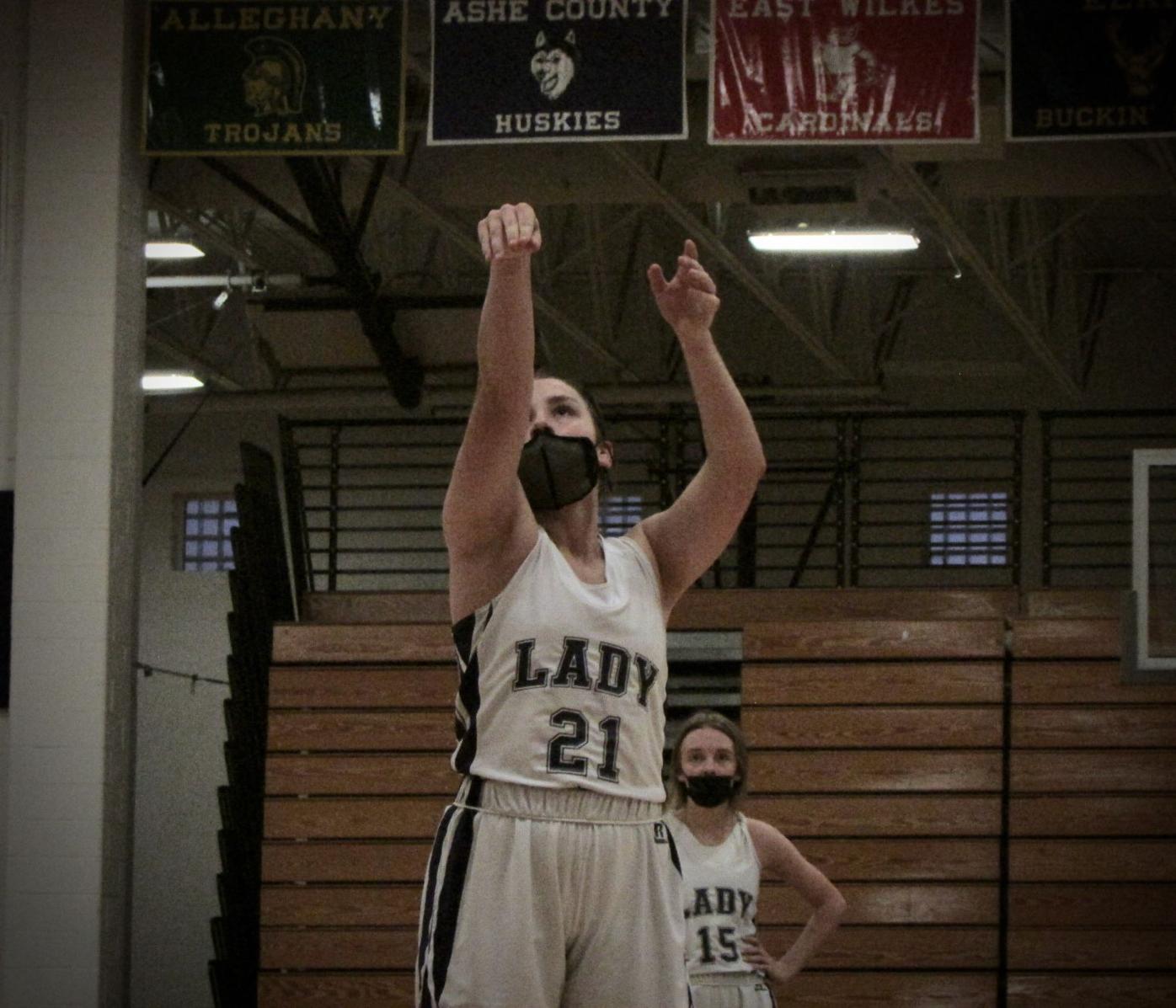 Becka Wonsick easily puts up a foul shot as the Huskies run towards victory. 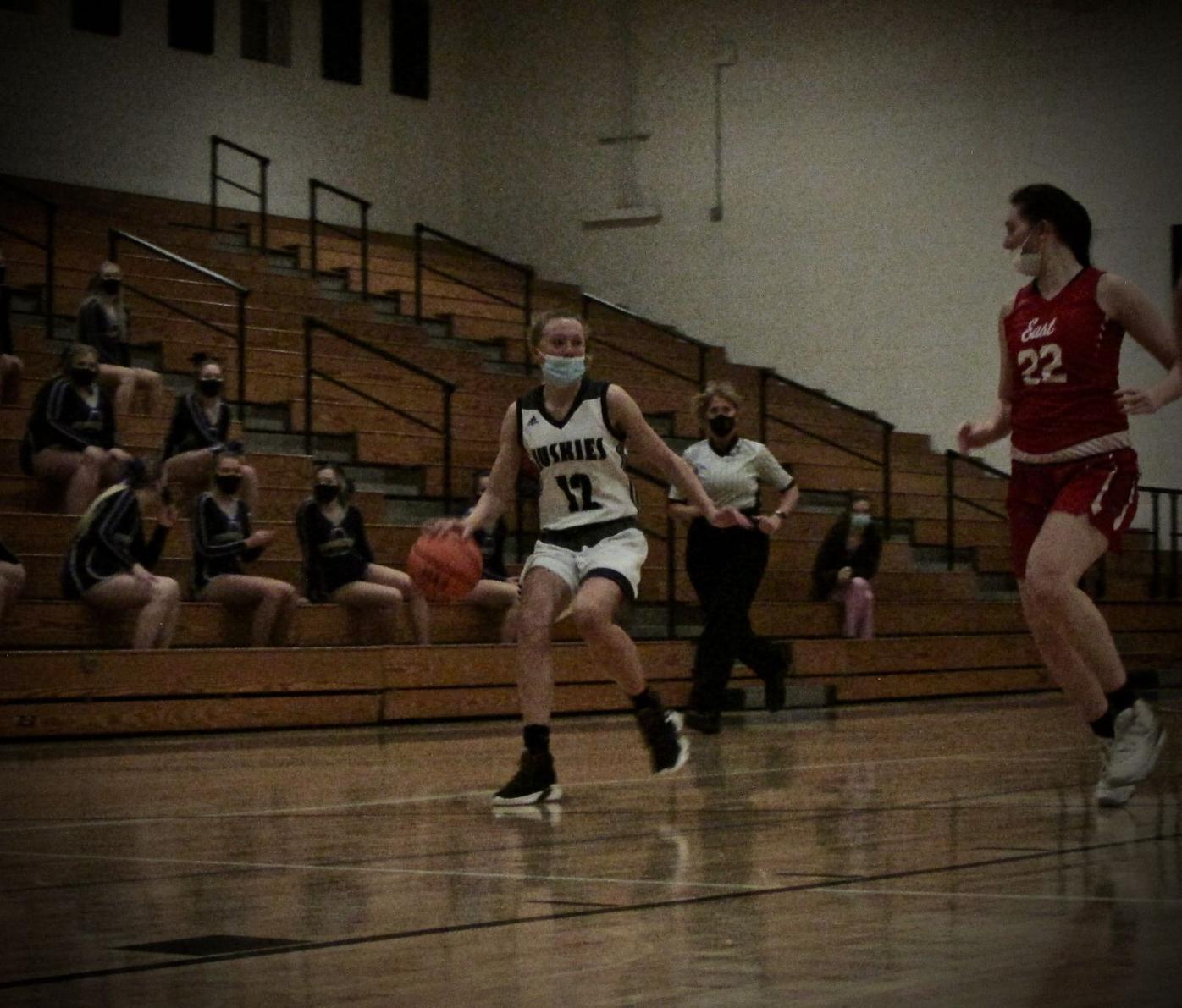 Paige Overcash drives the ball towards her home court against her defender.

Macie Miller looks for an open pass as she gets defended by East Wilkes.

Becka Wonsick easily puts up a foul shot as the Huskies run towards victory.

Paige Overcash drives the ball towards her home court against her defender.

WEST JEFFERSON — A hustling game ensued in the Ashe County High School Gym on Feb. 9 as the Huskies girls’ varsity basketball team took a win against the East Wilkes Cardinals.

In an exciting 10 point game, the Huskies remained dominant as they defeated the Cardinals 47-37.

The teams got off to a shaky start as the game began as each struggled to maintain possession of the basketball. East Wilkes capitalized on the Ashe turnovers to jump out an early lead. Within the first three minutes, both teams had picked up a small handful of fouls, allowing the Cardinals to place themselves on the scoreboard first.

Chloe Ham was written into coach Brianna Ashley’s starting lineup and gained a number of rebounds in the first half. Her teammates had quick hands and feet as they often saved out-of-bounds balls. Both teams presented strong offense and a game of back-and-forth ensued, the final score at the end of the first half being 20-19 with the Huskies in the lead.

Refusing to back down, East Wilkes pushed their way to the top as they took the lead with three minutes left in the third quarter. With unsteady hands, the Huskies gave away easy turnovers to the Cardinals allowing them an advantage.

The second half saw an energy greater than the first as Ashe seemed to realize the stakes and correct their rocky plays. Paige Overcash used her varsity experience as she tied the game with three minutes left, stealing the ball and quickly driving it into the net.

In an exciting win, the Huskies came out victorious.

Returning to the court on Feb. 12, the Huskies will go head to head in an away game against Elkin at 5 p.m.