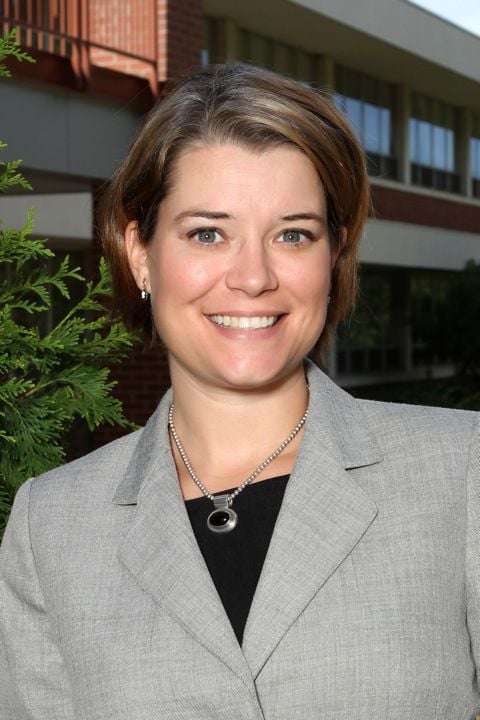 Elizabeth Saxman Underwood has been selected to be the next Executive Director of New River Conservancy. 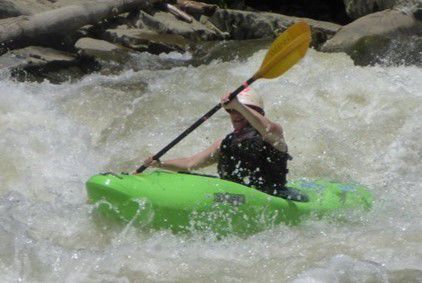 Elizabeth Saxman Underwood, the new executive director of the New River Conservancy, is a avid kayaker with many years of experience working in conservation.

Elizabeth Saxman Underwood has been selected to be the next Executive Director of New River Conservancy.

Elizabeth Saxman Underwood, the new executive director of the New River Conservancy, is a avid kayaker with many years of experience working in conservation.

WEST JEFFERSON — The New River Conservancy Board of Directors has selected Elizabeth Saxman Underwood to be the next executive firector of the three-state watershed organization.

Elizabeth will succeed George Santucci, who officially stepped down from NRC on Jan. 1 to become the Sustainability and Special Projects Manager for the Town of Boone. Santucci remained interim executive director while the board of directors searched for NRC’s next leader. Underwood will steps into her new role as as of June 1.

An avid paddler of both tandem canoes and whitewater kayaking, Underwood enjoys being on any river.

Among her favorite adventures, she has paddled all 153 miles of America’s first National River: the Buffalo River. In her kayaks, she also enjoys surfing on waves and navigating through rivers and creeks. Underwood has been an active leader with the Arkansas Canoe Club and often volunteered on river clean-ups. In Western North Carolina, she is involved with the Riverlink Woodfin wave project and volunteered with Riverkeeper.

Underwood comes to New River Conservancy with two decades of experience in higher education and nonprofit management. Her career launched in North Carolina in 2001 at the Asheville Area Chamber of Commerce, where she worked with the public and private business sectors and managed the volunteer program.

In 2012 she was asked to work for the chancellor at UAFS, served as the Associate Vice Chancellor for Government and Community relations, and carried a portfolio that included federal, state and community accomplishments. In 2017, Underwood returned to North Carolina to serve as the senior director for Alumni Engagement and Annual Giving at UNC Asheville.

For higher education’s premier fundraising professional association, the Council for Advancement in Support of Education, Underwood is a frequently invited guest speaker, chaired the Newcomer’s conference and served on several conference leadership teams. In 2016 she was among the 10 who were named Most Powerful Women statewide by the Arkansas magazine, About You. She has also received several professional awards from CASE.

Elizabeth earned a bachelor’s degree in Literature from UNC Asheville, a master’s degree in Higher Education and a doctoral degree in Public Policy from the University of Arkansas. In 2013 she was awarded a Fulbright Scholarship to study higher education in Germany.

As executive director, Underwood will work closely with the staff and board of Directors so that the organization can continue to carry out the critical work of protecting the waters, woodlands and wildlife of the New River Watershed. Underwood looks forward to touring the watershed and meeting the members and other New River Conservancy stakeholders.

“I’m excited to join the incredible team of board members, staff and supporters of the New River Conservancy. The work of the NRC is paramount to protect our waters, woodlands and wildlife for all life to survive and preserve this natural resource for future generations. I’m particularly looking forward to working with stakeholders to increase activity in resource development, policy engagement and science and research,” Underwood said.

“Elizabeth is someone you will want to meet. She is a dynamic leader, as well as, an experienced and avid paddler. She will be doing great things to further our ability to protect the entire watershed. Please join us in welcoming her to the NRC,” said Mike O’Connor, NRC Board Chair.