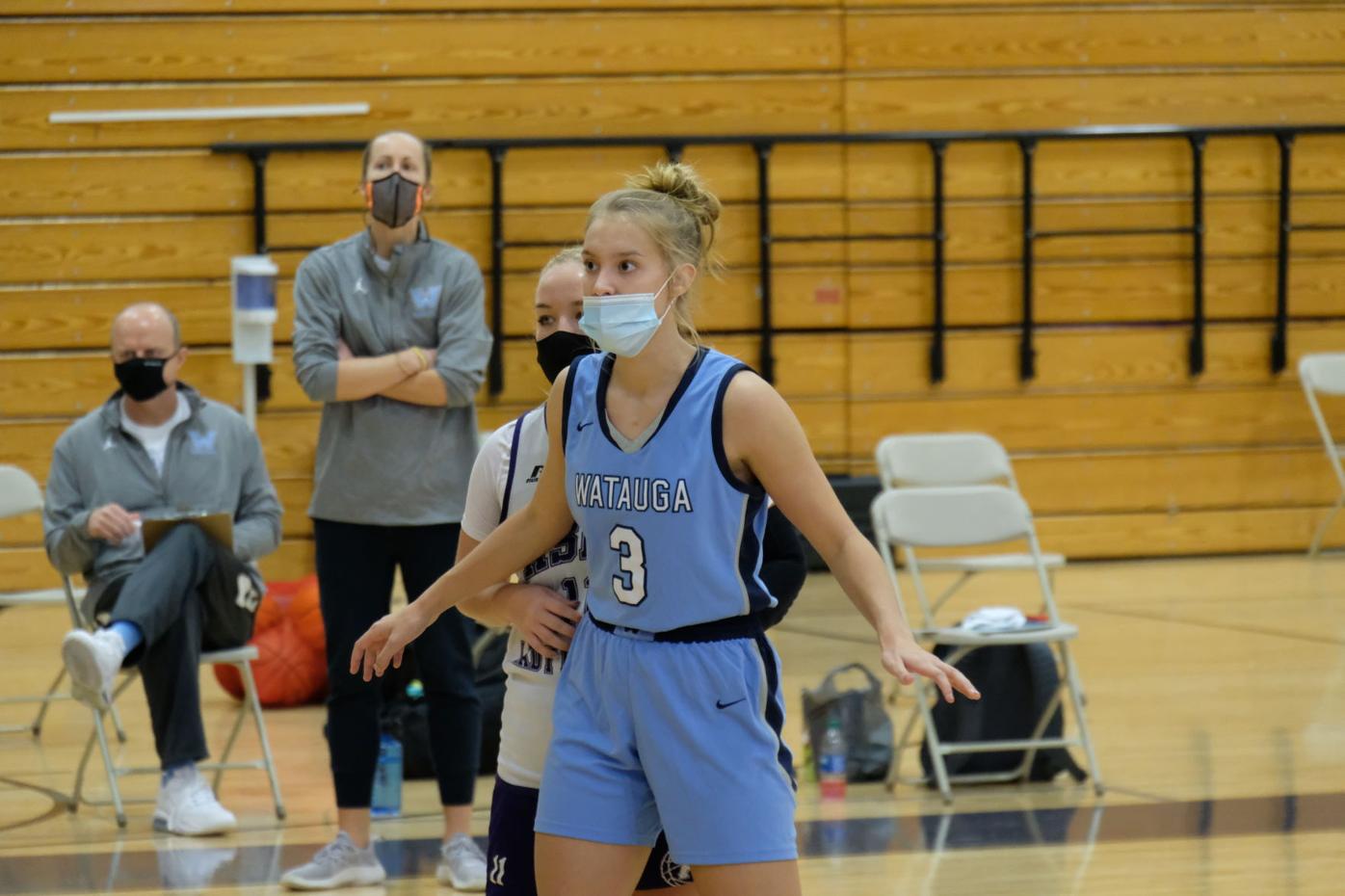 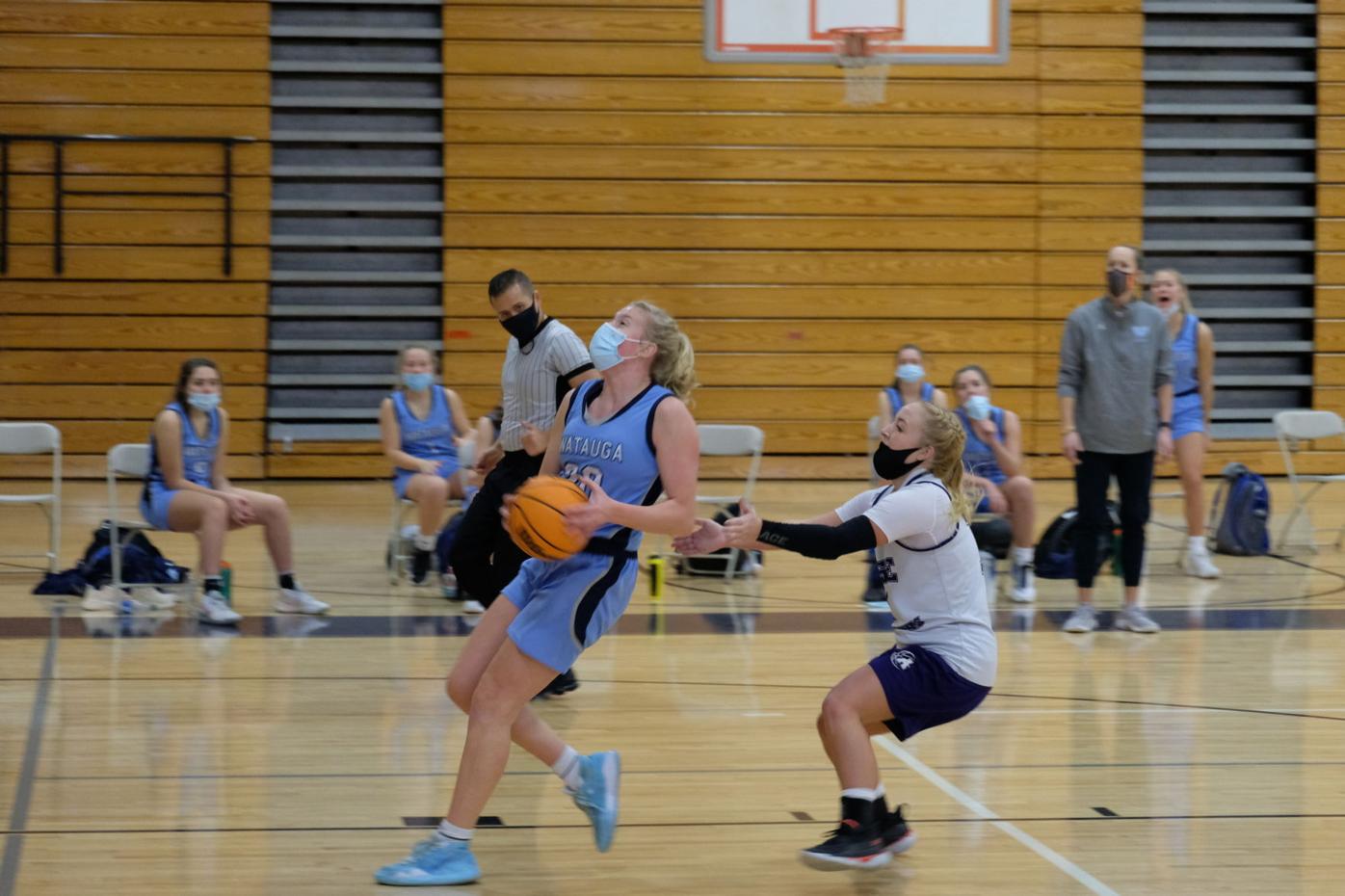 WEST JEFFERSON — The Watauga Pioneers girl’s basketball team traveled to West Jefferson on Thursday, Dec. 31, 2020, for a scrimmage with the Ashe County Huskies, putting in valuable minutes against a strong opponent.

The scrimmage was the first bit of action for both teams, who had less than a month of practice leading up to tipoff.

“A scrimmage this year, with a short season, is super valuable and we know Ashe really well, so it’s nice to play a team you know,” Pioneers Head Coach Laura Barry said after the scrimmage. “Today was a good day to see where our execution is and see where our understanding is.”

In the empty gym, it was obvious that both teams were finding their footing, playing with new lineups and facemasks. While the rust was being shaken off, neither team could crack 10 points by the end of the first quarter, with Ashe leading 9-8.

The Huskies were active on defense throughout the game, with senior guard Kenadie Hudler attacking passing lanes and swiping at Watauga ball handlers. However, the Pioneers opened the second quarter with a 6-0 run to take a lead but could not hold onto it as the Huskies led 23-21 at the half.

Ashe came out strong in the second half, firing on all cylinders as they opened the third quarter with an 11-4 run in just three minutes. A close shot from Huskies guard Skylar Vannoy gave Ashe an 11-point lead heading into the final two minutes of the third, however Watauga followed with an 8-0 run, riding a streak of fast-break opportunities.

In the fourth quarter, Watauga took control of the game. Starting it down 44-39, the Pioneers dominated the final period on their way to a 53-45 win. However, being just a scrimmage, the two teams opted to play a fifth quarter, simulating the rigors of overtime. When the final buzzer rang, Watauga had their first, if unofficial, victory of the season with a 66-62 scoreline.

Barry said the scrimmage showed the team what still needs to be worked on, pointing to the defensive end still needing work while being more careful with the ball moving forward. Barry added that most of that will come with time as the team gels and the chemistry gets better, but it can still be worked on as they prepare for the regular season.

“I see a lot of potential that isn’t realized yet, which is exciting,” Barry said. “It’s going to take time, but if we keep working, showing up every day, we’re going to get closer to (where the team needs to be).”

The Pioneers opened their regular season and conference schedule on the road against the South Caldwell Spartans Tuesday, Jan. 5.