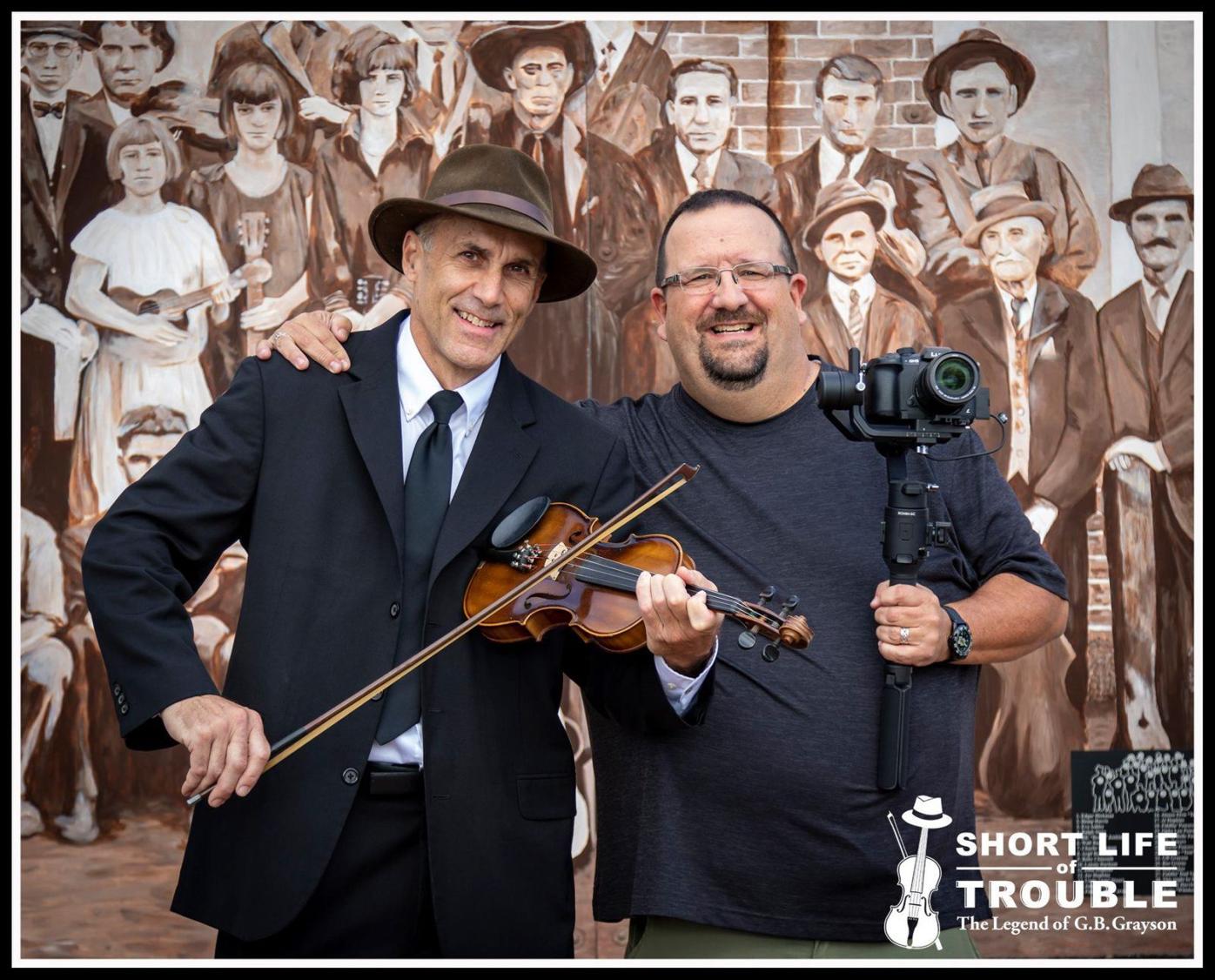 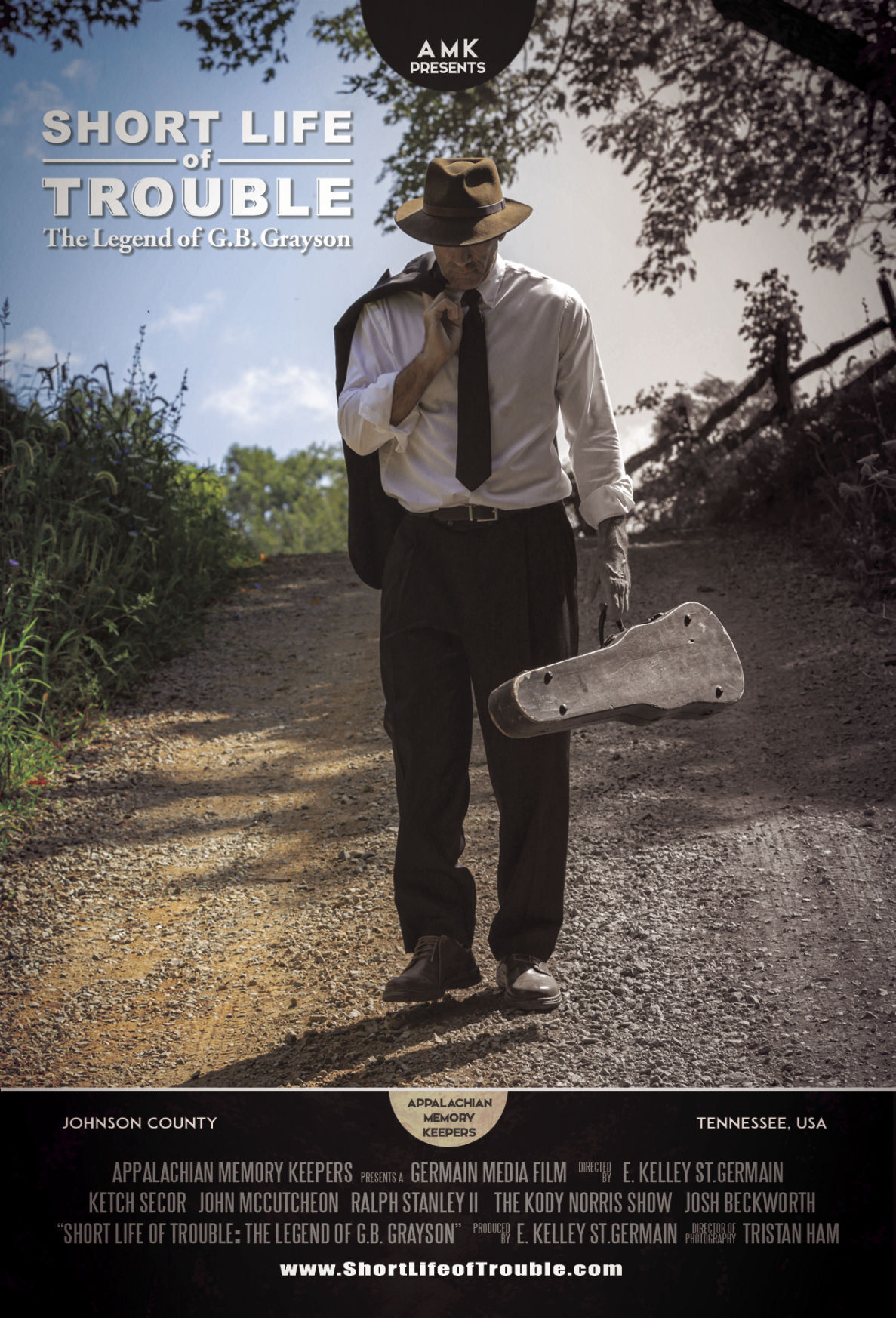 The poster for Kelley St. Germain’s new documentary film ‘Short Life of Trouble: The Legend of G.B. Grayson’ The film showcases the life and lasting influence of the half-blind fiddle legend G.B. Grayson. 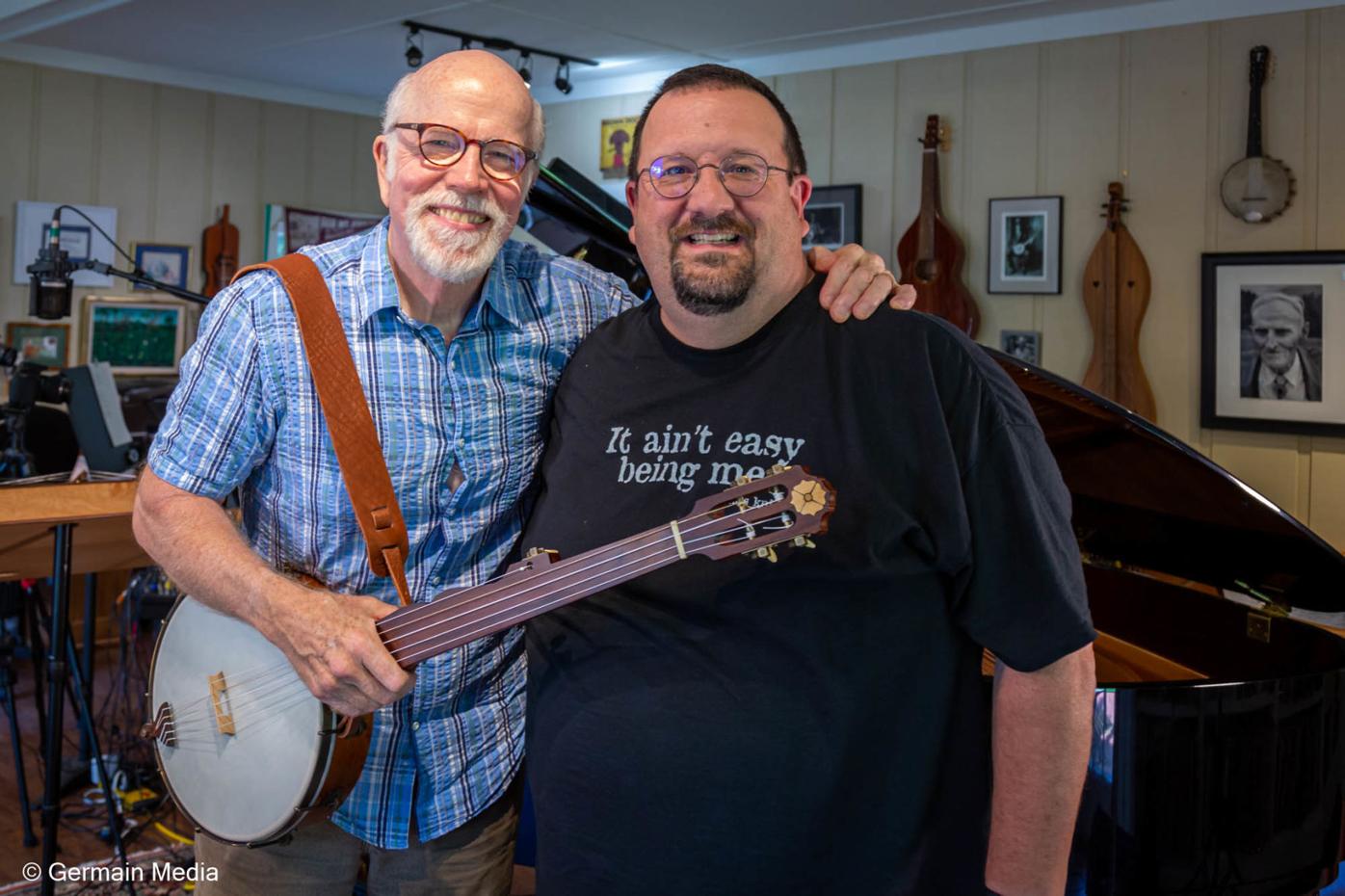 Filmmaker Kelley St. Germain (right) with singer-songwriter John McCutcheon who is interviewed in the film. 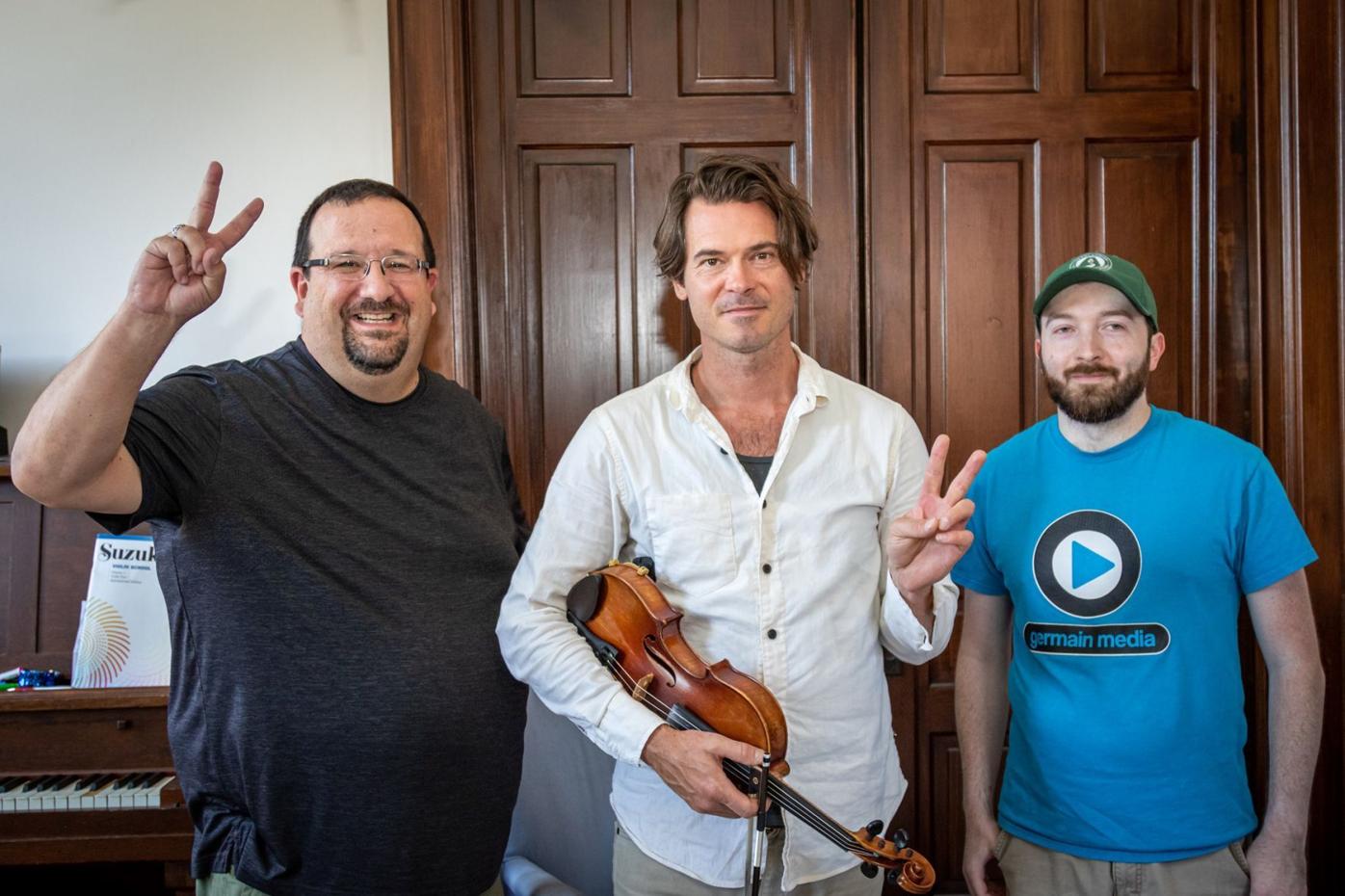 The poster for Kelley St. Germain’s new documentary film ‘Short Life of Trouble: The Legend of G.B. Grayson’ The film showcases the life and lasting influence of the half-blind fiddle legend G.B. Grayson.

Filmmaker Kelley St. Germain (right) with singer-songwriter John McCutcheon who is interviewed in the film.

JEFFERSON — During the course of his short life, musician G.B. Grayson would record a number of old-time standards still popular today, tunes such as “Omie Wise,” “Handsome Molly” and “Train Forty-five,” yet many have never heard his name. Now, a new documentary created by local film maker Kelley St. Germain hopes to shed light on Grayson’s life while giving the old-time fiddler the credit he deserves.

G.B. Grayson is believed to have been born in Ashe County in 1887. Despite being partially blind from a young age, he would go on to become an accomplished fiddle player — an instrument which he played in his own distinctive style, low and against his shoulder. Along with guitarist Henry Whitter, Grayson would record a series of tunes with Gennett Records and later Victor Records, including the classic “Tom Dooley,” which would eventually be made popular by groups such as the Kingston Trio.

Despite his success, however, Grayson along with his musical contributions, would fade into obscurity following his untimely death in 1930 in the wake of a automobile accident outside of Damascus, Va.

Presented by his company Germain Media, in association with the Appalachian Memory Keepers, St. Germain’s new film “Short Life of Trouble: The Legend of G.B. Grayson” showcases the late fiddlers life and his influence on modern music.

“Anytime you can tell a story about someone that’s nobody’s ever heard of, but affects their life, that’s a good story to choose. And G.B. does affect lives,” said St. Germain. “Anyone that’s interested in music, especially old-time, bluegrass music, he affects their lives. He effects the lives of people all over the world. From Japan — like the film said — to Scandinavia, his songs are played everyday on stages by the biggest names.”

Through the years, G.B. Grayson’s music has been played by the likes of everyone from traditional pickers such as Doc Watson and Ralph Stanley to folk legend Bob Dylan and rock superstar Mick Jagger.

Even to this day, however, little is known regarding Grayson’s personal life. The lack of documentation on the musician, coupled with the folklore surrounding him would lead St. Germain to liken the filmmaking process to chasing a ghost. Much of what is known about G.B. Grayson has been passed down orally from generation to generation.

“It was the most challenging film of my career, in the sense of trying to access information, finding the story. Only four pictures exist, how many times can you show that in a film,” St. Germain said. “This was originally conceived as a three-month, $6,000 project and it turned into a $20,000 project. I had to go much further afield in trying to find stories and info than I thought I would have to.”

“I hope to give G.B. the credit that he’s due. I hope to shine light on this blind musician from one of the most isolated parts of the east coast,” said St. Germain. “He had this incredible effect on music the world over, and nobody’s ever heard of him. But, it started right here.”

St. Germain said he hopes to have the film available for public viewing by the summer of 2022. To learn more about the film “Short Life of Trouble: The Legend of G.B. Grayson” visit shortlifeoftrouble.com/.

People can also find the Appalachian Memory Keepers on social media at www.facebook.com/AppalachianMemoryKeepers.