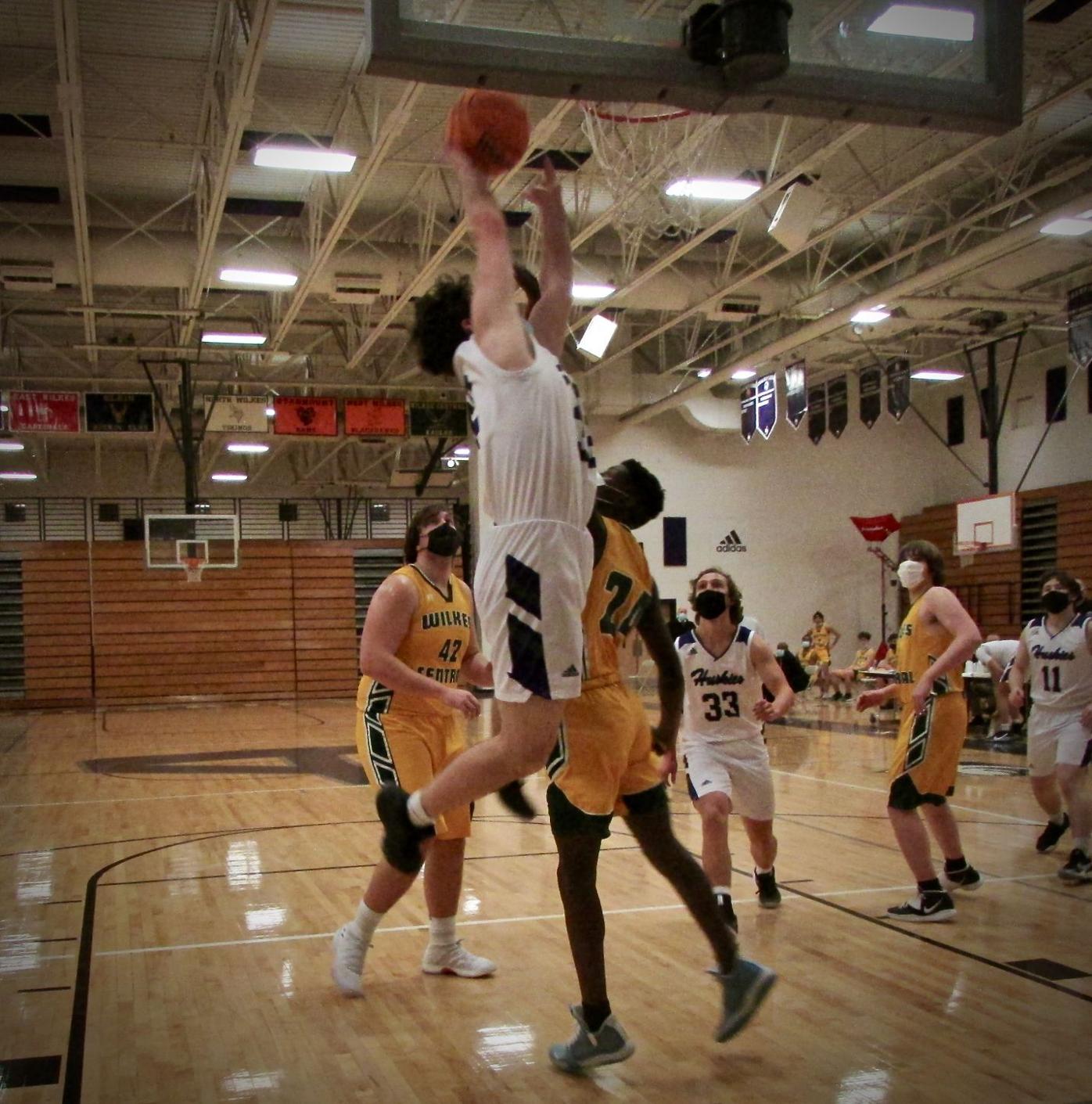 Ethan Ashley lays the ball in the net, scoring two points for the Huskies. 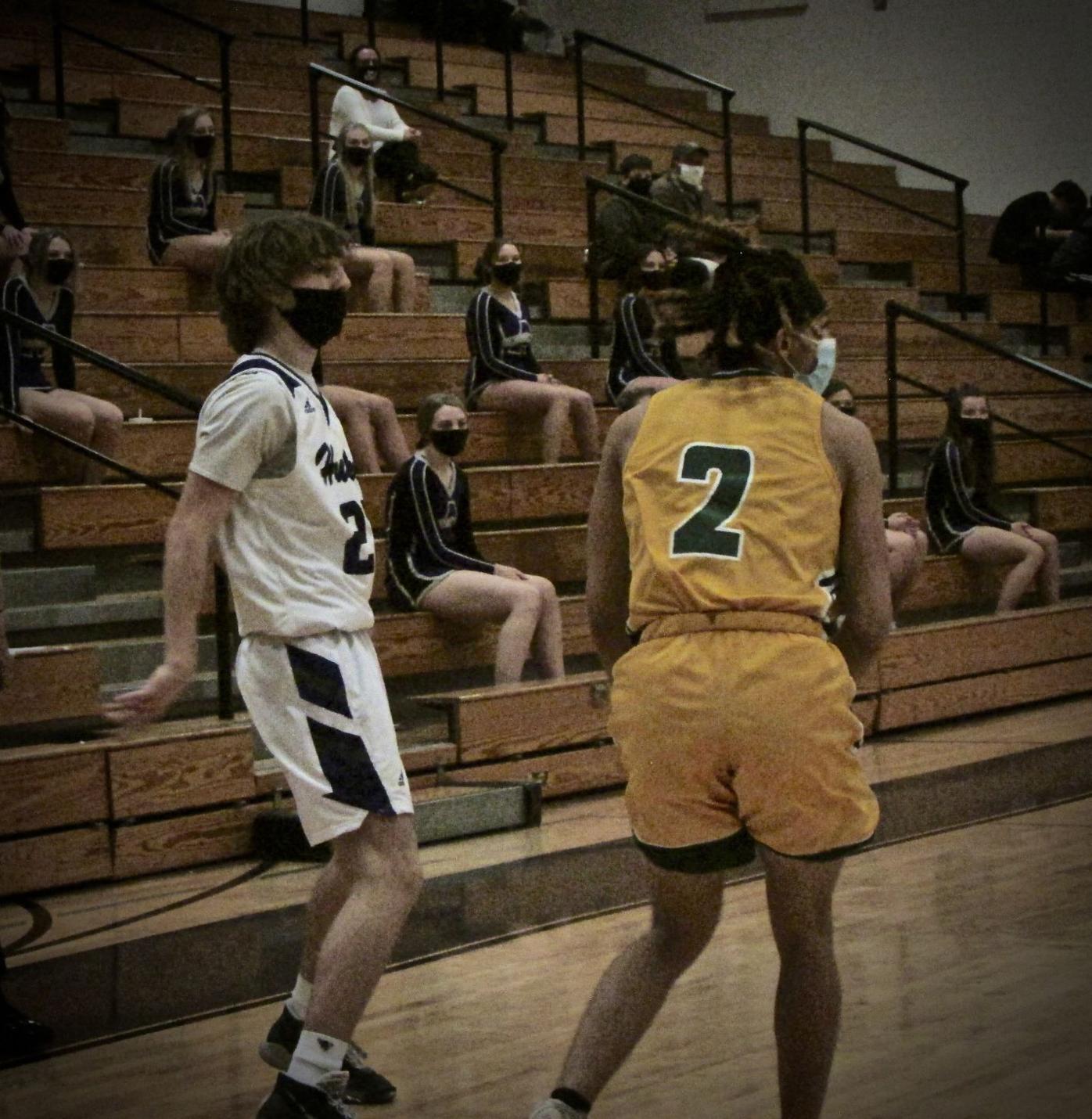 Putting up a 3-pointer, Jake Grubb watches as the ball follows through.

Ethan Ashley lays the ball in the net, scoring two points for the Huskies.

Putting up a 3-pointer, Jake Grubb watches as the ball follows through.

From the first whistle of the game, the Huskies took offensive advantage as they were fouled by the Eagles within the first 30 seconds. Ashe’s 6-foot-5 senior Dawson Cox proved his proficient ball handling as he rebounded a missed shot and drove the ball into the Huskies’ net, scoring the first points of the game.

Wilkes Central didn’t let the fast paced Huskies stay on top for long as they quickly tied the score throughout the first quarter. Their strive for the ball allowed them lengthy possession, but Ashe became assertive and fought for it at every chance they got. Players on both benches found it hard to stay in their seats as the turbulent ball game ensued.

With a few tussles, turnovers and jump balls, the intensity only grew throughout the first half. Ashe tried to take their time with their possession of the ball in a passing game, but it backfired as the Eagles took the opportunity to steal the ball and gain points on their opponent. A game of back and forth took place and ultimately resulted in Ashe staying on a roll, gaining points that often came with fouls.

Ashe’s Ethan Ashley displayed forceful yet foul-less defense and often jumped higher than the ball in the air, smacking it down on the court and into his teammate’s hands. Holding a team-high of 20 points, Ashley soared through the court. The crowd of parents and spectators became invested as it manifested into the fiercest game of the season yet. With words thrown to the players and shouts aimed towards the rivals, the Huskies and the Eagles feasted on the energy and increased their power. The score was 33-27 at the end of the first half.

Losing their star player due to a technical, Ashe worked around Austin Poe’s absence going into the third quarter. Poe left the court having gained his team 9 points and leaving the crowd more restless than before. The stakes were raised during the second half and the time on the clock became blur as everyone in the gym focused on the ball.

Ashe’s sophomore Jake Grubb had a streak of scored shots trailing behind him as he rallied down the court and gained three 3-pointers in the second half, 19 points total throughout the game. As it became apparent that the Huskies would gain yet another win, the Eagles played messy defense resulting in fouls which only allowed Ashe a greater lead. Proving to be an exhilarating four quarters, the Huskies remained triumphant.

The Ashe County Varsity boys will go head to head against the West Wilkes Blackhawks in an away game on Jan. 26 at 6:30 p.m.