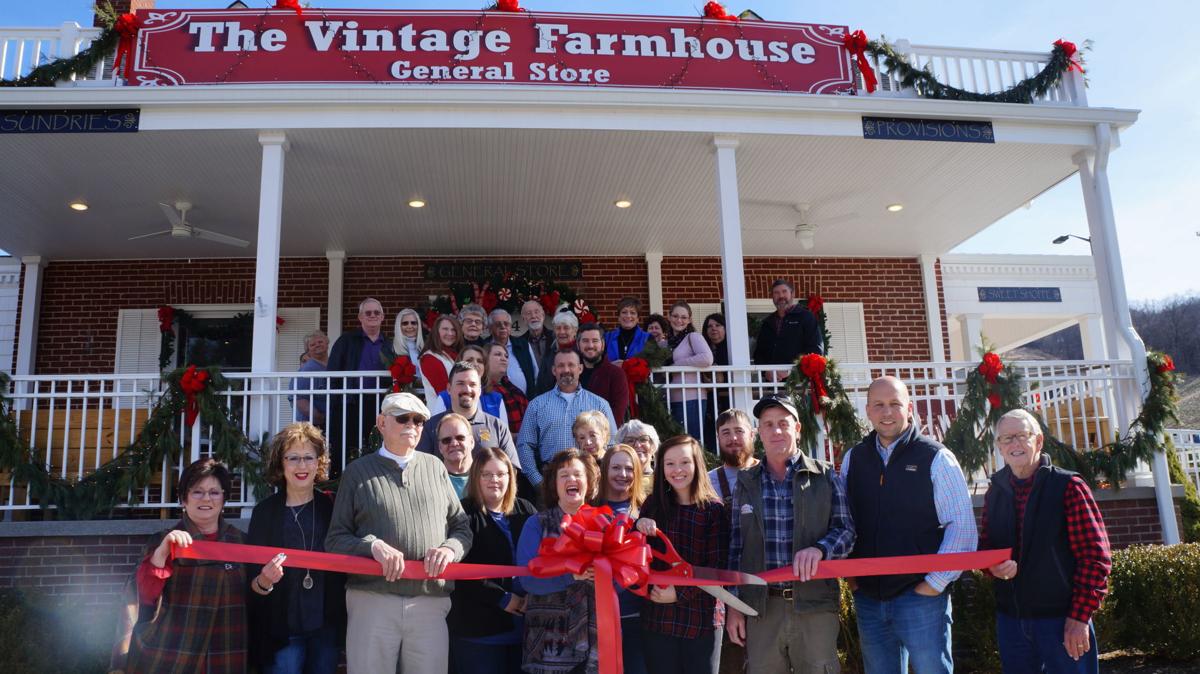 Members of the Ashe County Chamber of Commerce and the community gather on Dec. 20 to congratulate Patricia, Kaitlyn, Ethan and Lucian Jordan on their new general store. 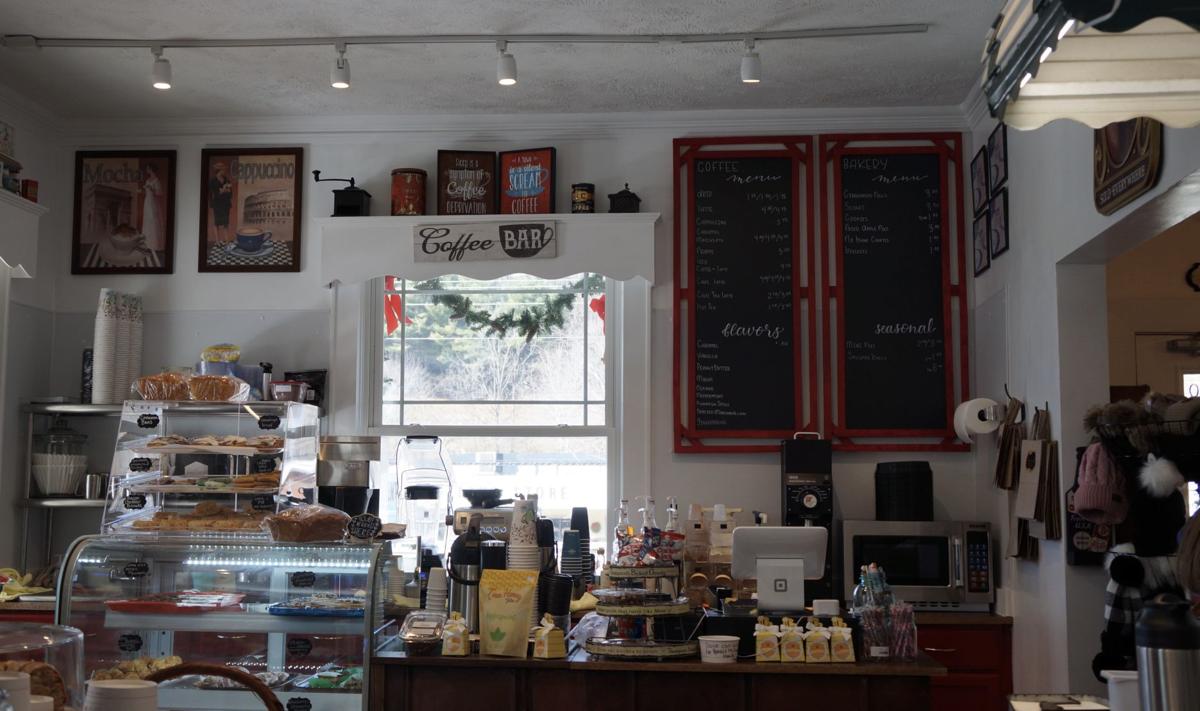 The Vintage Farmhouse General Store features a full-service bakery and a coffee shop in West Jefferson. 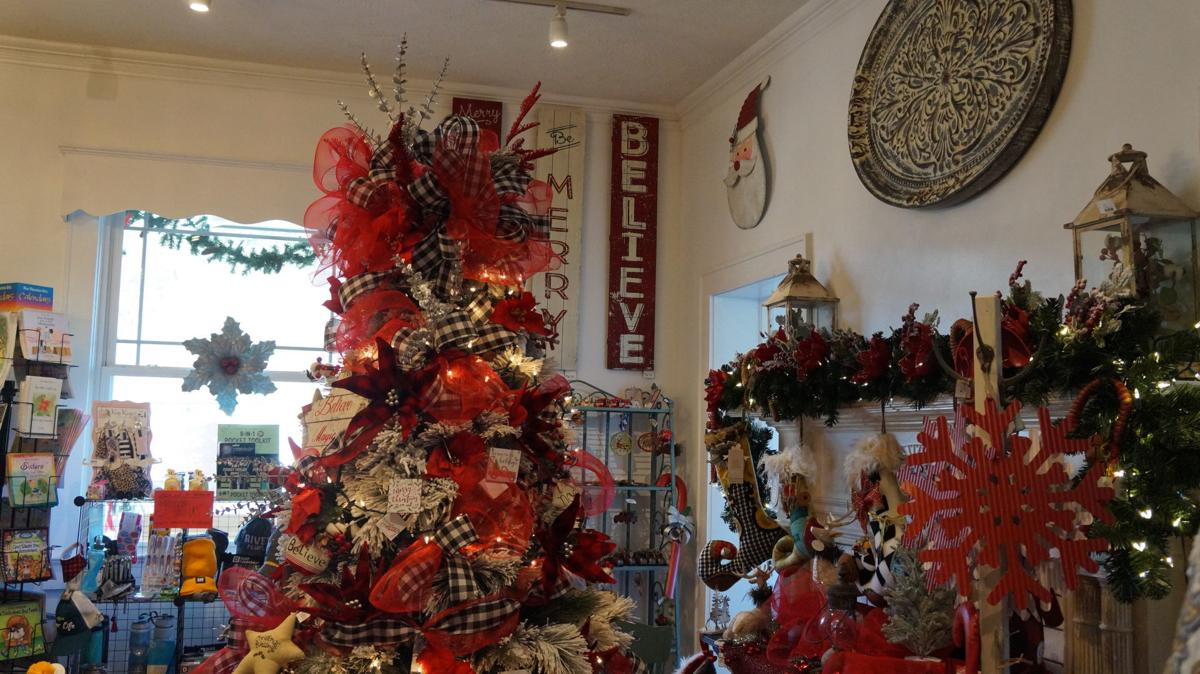 Plenty of holiday decor adorns the rooms of The Vintage Farmhouse General Store.

Members of the Ashe County Chamber of Commerce and the community gather on Dec. 20 to congratulate Patricia, Kaitlyn, Ethan and Lucian Jordan on their new general store.

The Vintage Farmhouse General Store features a full-service bakery and a coffee shop in West Jefferson.

Plenty of holiday decor adorns the rooms of The Vintage Farmhouse General Store.

WEST JEFFERSON — The rooms of the Vintage Farmhouse General Store were bustling with members of the community on Dec. 20 for its ribbon cutting ceremony. All in attendance were excited to check out displays of clothing, jewelry and home décor while congratulating the Jordan family on their new business venture.

Lucian and Patricia Jordan of Tri County Paving, Inc., along with their children Kaitlyn and Ethan, are the owners and operators of the store. The family has owned the land and the historic house which the store is housed in, for 10 years.

The recession had occurred and they said they prayed to God to seek an answer for what they should do with the land. They were given the vision to transform it into a general store for the community. The family’s trips to general stores in places such as Pigeon Forge and Boone also helped to give them some inspiration.

The Vintage Farmhouse prides itself on having something for everyone and features a “man cave” downstairs in the basement, and clothing for women and children upstairs.

The store’s wide variety of merchandise at affordable prices and large parking lot help to set it apart from other businesses in town. One unique feature of the store is its full-service bakery and coffee shop, which was Kaitlyn’s idea. Not only does it offer visitors with a sweet treat, but also gives the store a fragrant aroma which the family likes to describe as “smelling like grandma’s house at Christmastime”.

Before stepping outside with members of the community and the Chamber of Commerce, the family spoke about the history of the building and their role in the community.

Patricia’s grandfather built the house for the Graybeal family, whose butler used to serve lemonade on the lawn while the family played croquet. The croquet set remains in the basement as an ode to the family’s butler, Garfield Hamilton. The story behind antiques such as the croquet set helped the Jordans decide to house the men’s products in the basement of the store.

Lucian Jordan wants Ashe County to know that he hopes that they are not “treading on anyone’s territory” or trying to compete with other local stores. He and his family want to do their best to complement the town.

“I’ll do anything I can to help you, but I won’t do anything to hurt you,” Jordan said to all who were gathered in the front room of the store prior to the ribbon- cutting on the stairs of the entrance to the building.

The store may eventually be added to the Christian Tours bus list, which is one of the family’s dreams. A representative of the company visited the store and spoke with Patricia about the possibility of the business being added as a stop for those traveling through the county.

During the week of choose-and-cut, many customers made the remark that the store made them feel like they were walking into a Hallmark movie.

The store’s staff and those who played a part in the store include: Amber Holliday, Rita Richardson, Maria Spangler, Elizabeth Goodman, Rob Eldreth, Wanda Burchett, Fabiola Ledezma and Maria Velazquez.

The Vintage Farmhouse General Store is located at 424 E. Second Street in West Jefferson. Business hours are Monday through Saturday from 9 am until 5 pm.