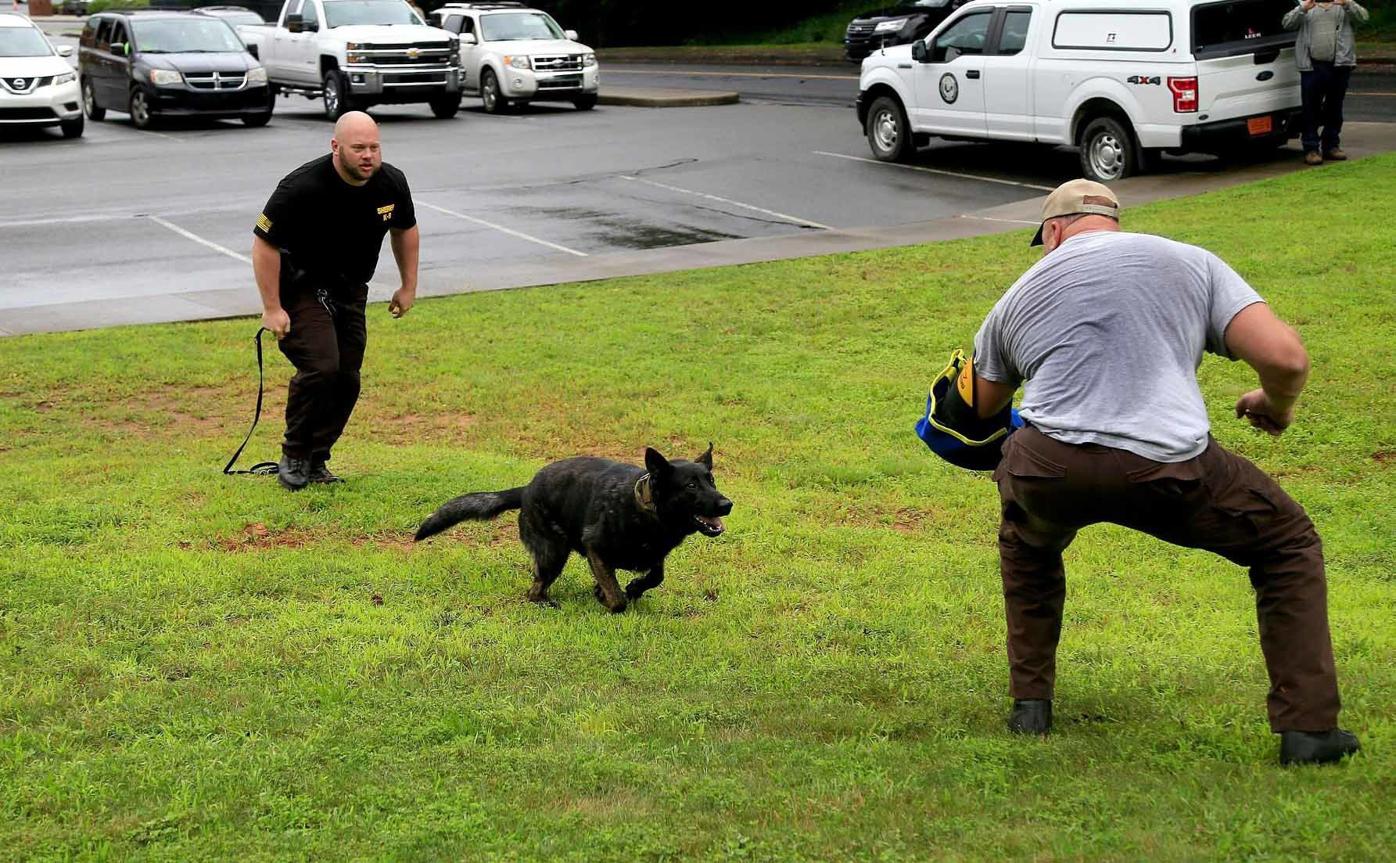 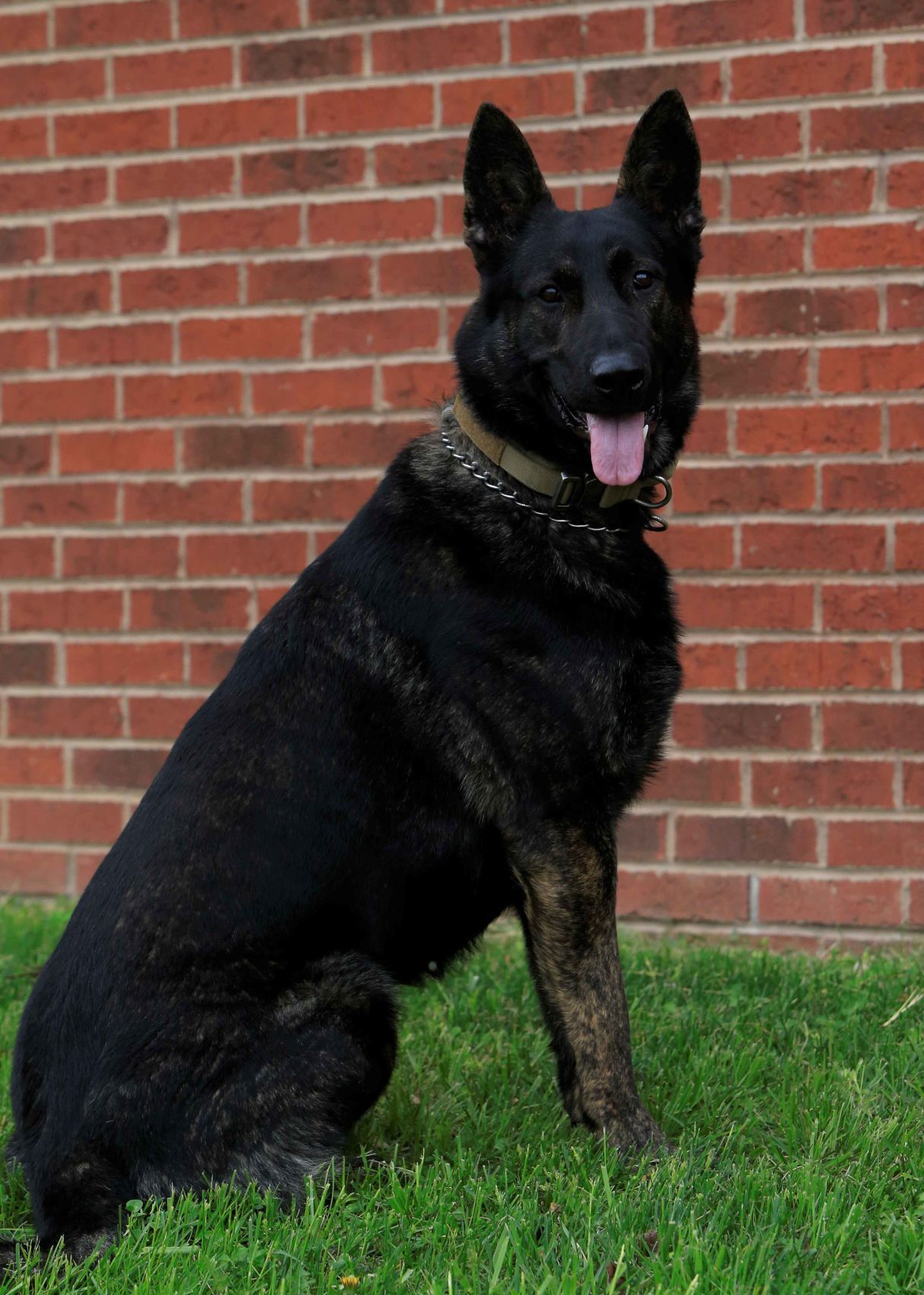 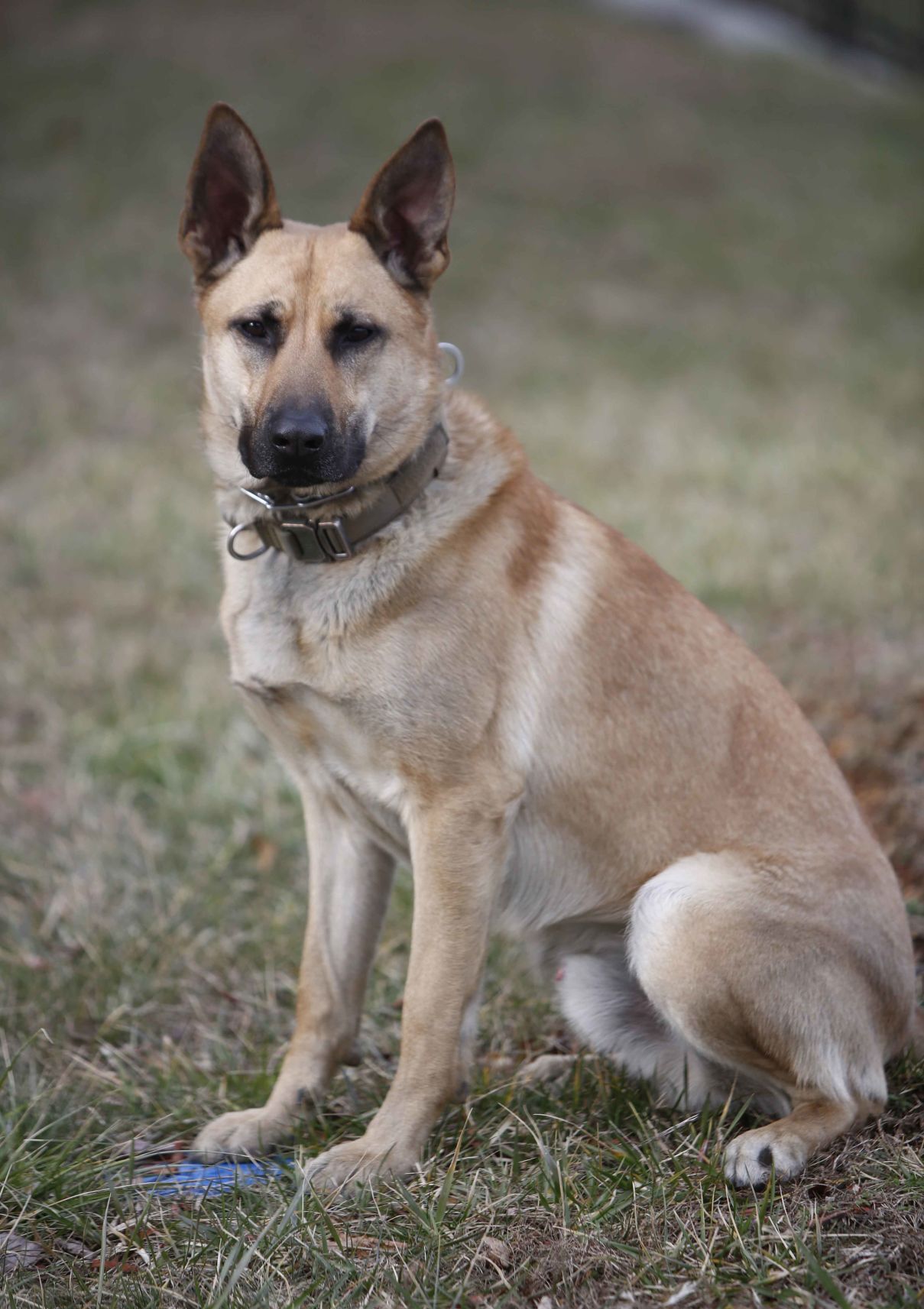 “Both K9 William and K9 Rhino have proven themselves to be valuable members of our law enforcement team,” said Howell. “Knowing that, thanks to Vested Interest in K9s, they’ll now have the same type of protection that our two- legged deputies have will really bring peace of mind.”

Howell said it has been the ASCO’s goal to have a full-fledged K9 program. He said it is coming together much sooner than expected and this has been possible due to several citizens and grants.

According to Howell, their goal is to have a K9 available 24/7 for all law enforcement agencies in the county.

Vested Interest in K9s, Inc., established in 2009, is a 501©(3) charity whose mission is to provide bullet and stab protective vests and other assistance to dogs of law enforcement and related agencies throughout the United States.

Zack Volger, handler for K9 “Rhino” said he cannot thank the organization enough for their donation.

Vogler said he is excited about receiving the vest and “Rhino” having the same protection as he does when responding to calls.

Since its inception, Vested Interest in K9s, Inc. has provided more than 4,101 vests to K9s in all 50 states at a value of $6.9 million, made possible by both private and corporate donations.

The program is open to U.S. dogs that are at least 20 months old and actively employed and certified with law enforcement or related agencies. K9s with expired vests are also eligible to participate.

William Byrd, handler for K9 “William” said a family member of his helped begin the process several months ago after hearing about Carter County Sheriff’s Office in Tennessee getting vests for their K9. She collaborated with Vested Interest in K9s, Inc., gathered the paperwork and got ASCO involved.

“It is good to have protection for dogs as well as ourselves,” Byrd said.

There are an estimated 30,000 law enforcement K9s throughout the United States.

Vested Interest in K9s, Inc. accepts tax-deductible contributions in any amount, while a single donation of $960 will sponsor one vest. Each vest has a value of $1,744- $2,283, weighs an average of 4-5 lb., and comes with a five-year warranty.

For more information, or to learn about volunteer opportunities, please call (508)824-6978.

Vested Interest in K9s, Inc. provides information, lists events, and accepts donations at www.vik9s.org, or you may mail your contribution to P.O. Box 9, East Taunton, MA 02718.