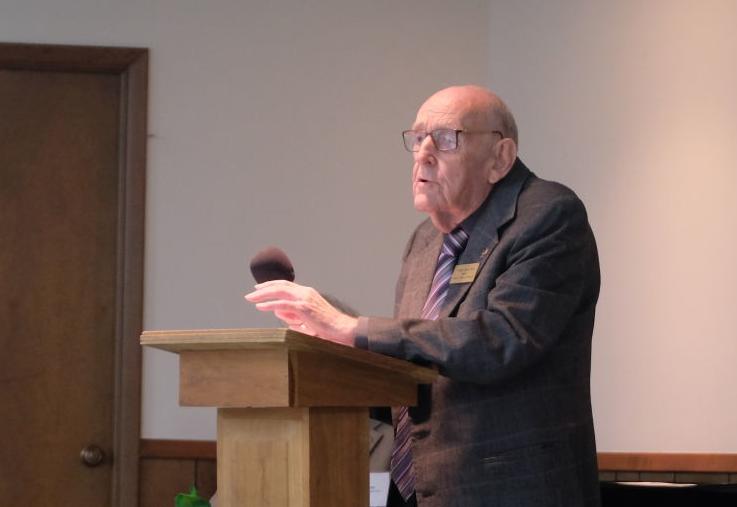 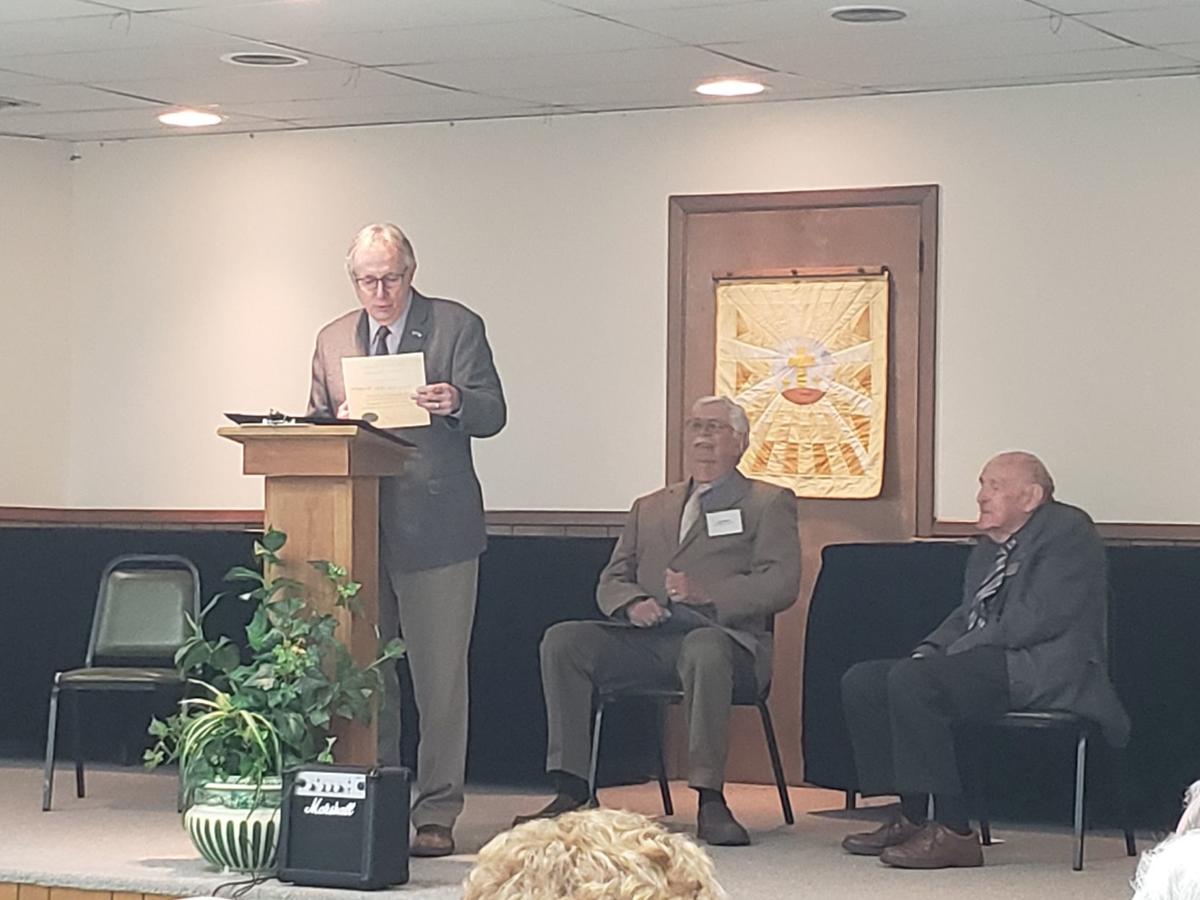 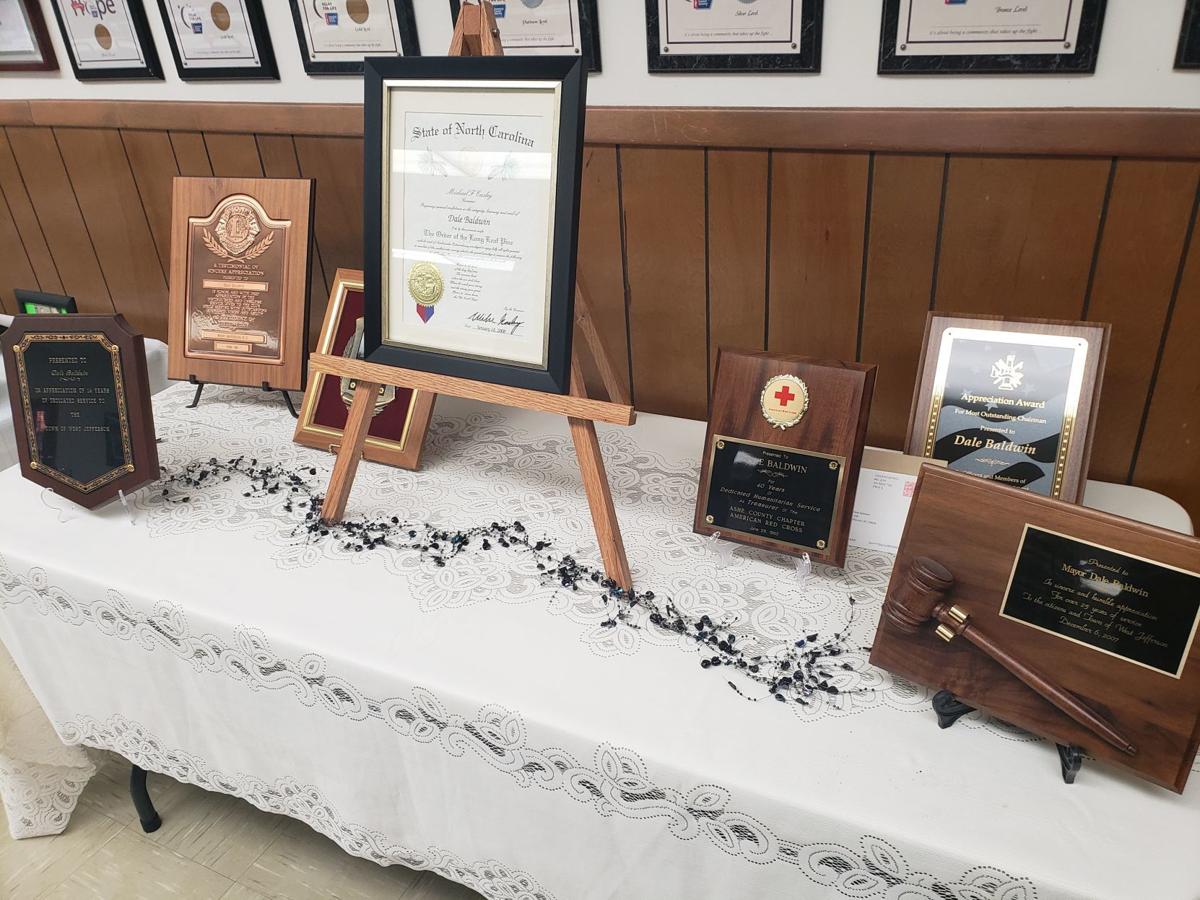 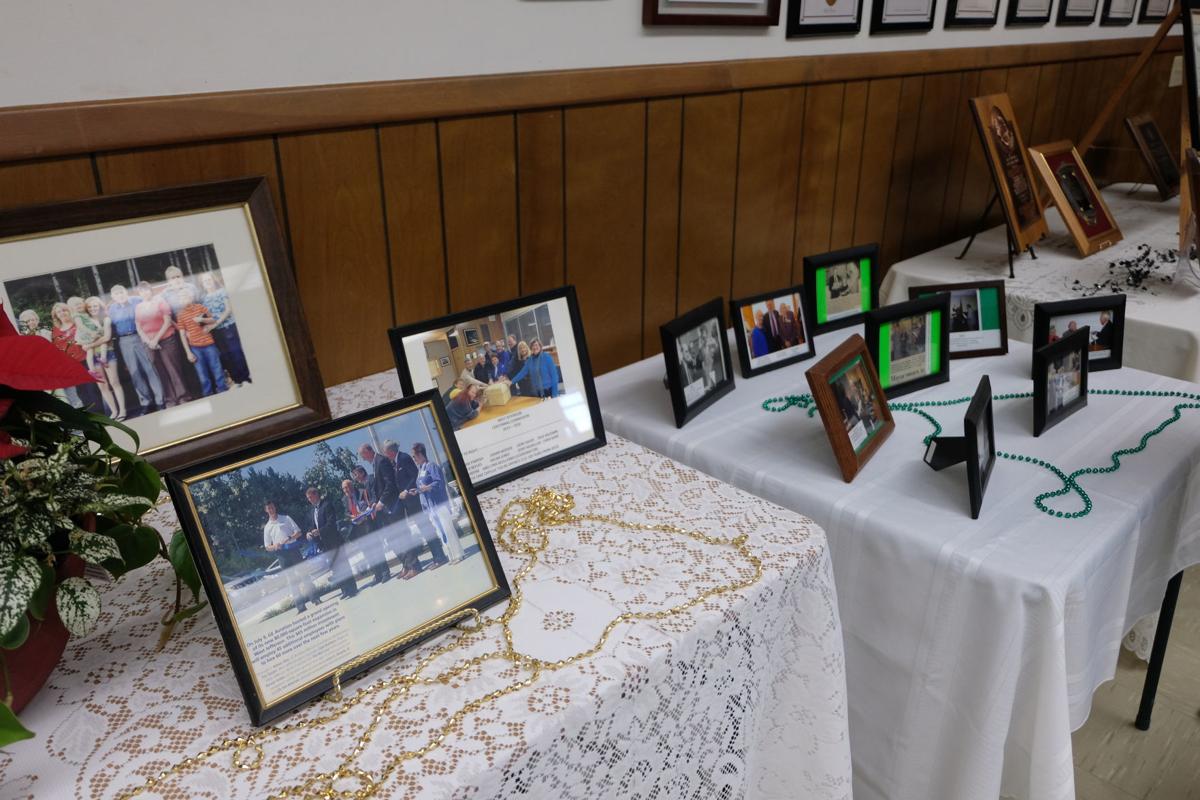 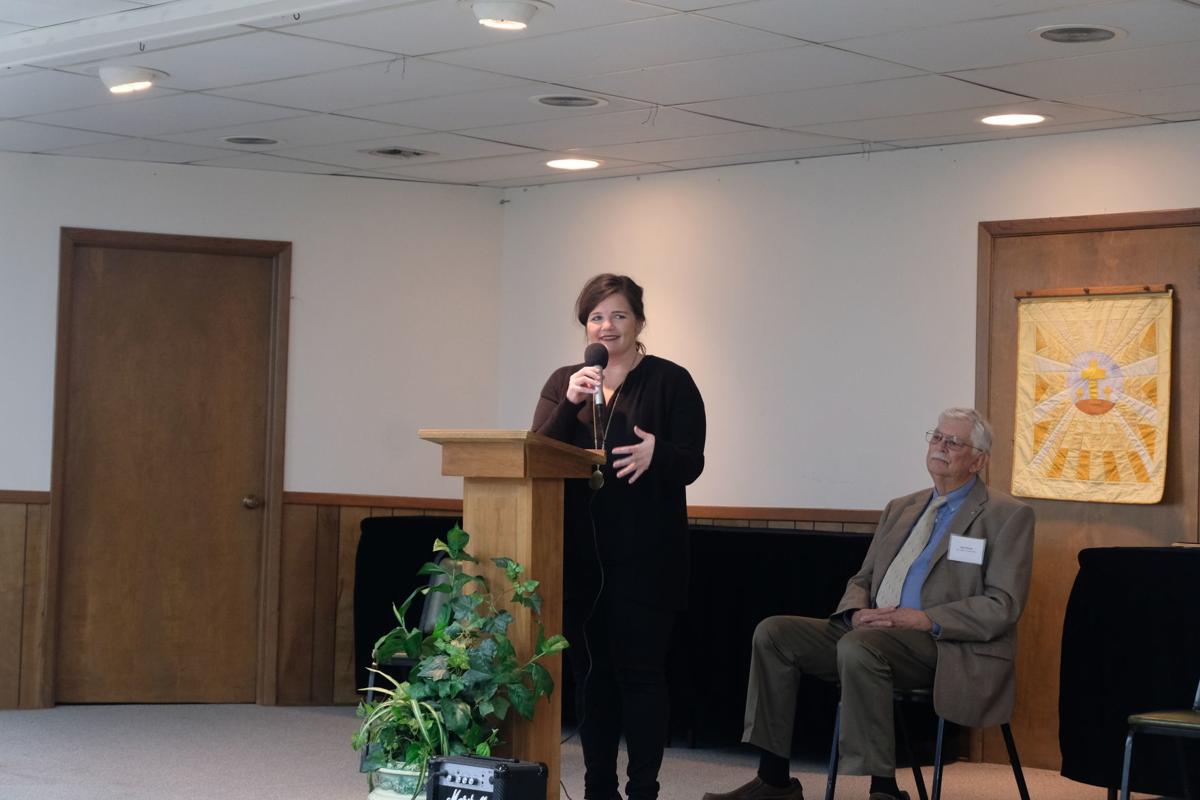 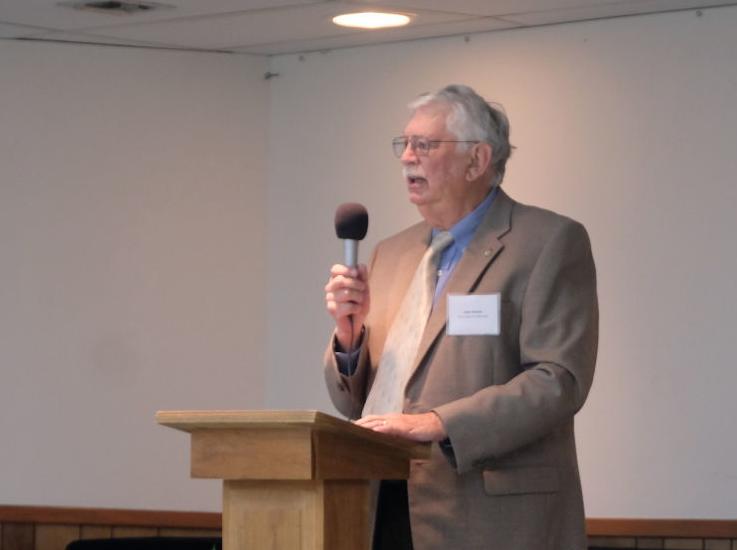 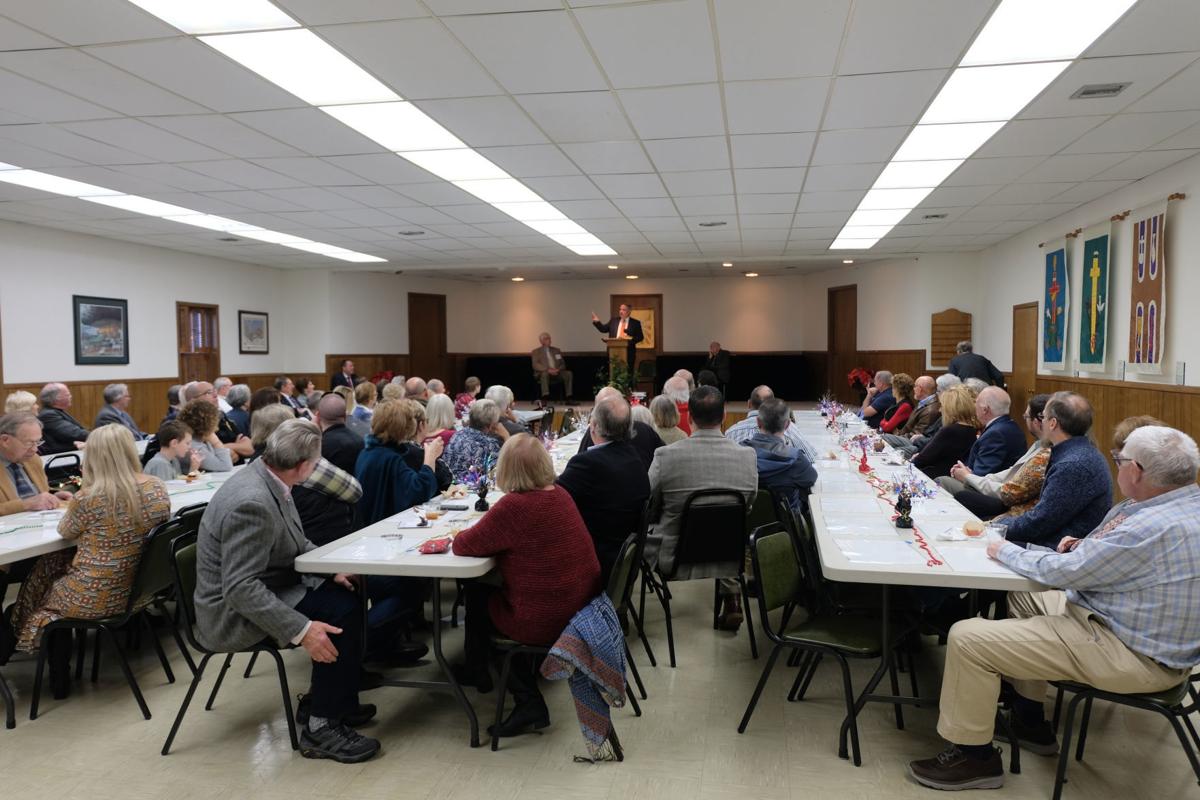 At 3 p.m. Sunday, Nov. 25, a gathering at the Mount Jefferson Presbyterian Church in West Jefferson took the time to celebrate a man who has given his heart to West Jefferson, and his time to public service. They honored Mayor Dale Baldwin, whose 32 total years as mayor or alderman has coincided with the town’s growth and development into what it is today.

Baldwin’s time as elected official began in 1967, serving as a town alderman until 1977, and again from 1985-1989. Eight years later, he became mayor, serving until 2007, and again since 2011. However, there will not be another run for Baldwin, with him announcing he would not seek another term in July.

The celebration Nov. 25 was attended by many of the people who have worked with Baldwin during his time in office. Town aldermen, state Sen. Deanna Ballard (R-Blowing Rock), state Rep. Ray Russell (D-Boone), Ashe County Sheriff B. Phil Howell, former Sheriff Jim Hartley and Ashe County commissioners were just some of those who shared in the celebration.

West Jefferson Alderman John Reeves served as the emcee for the event, welcoming everyone before handing the microphone to Baldwin for him to specifically point out his family.

Reeves pointed out notable figures in the crowd before inviting Russell on stage to say a few words. Russell gave him a certificate honoring his time as a public servant. An intermission was then held, giving guests a chance to grab some hors d’oeuvres and mingle.

When everyone returned to their seats, West Jefferson Town Manager Brantley Price read two letters to Baldwin, both thanking him for his long period of service and his role in the town’s development. Ballard then stepped to the podium, thanking Baldwin for the warmth he showed her.

Baldwin’s good friend David Vanhoy, funeral director for Badger Funeral Home, spoke about the long time he and Baldwin have been friends. He joked about the pair’s opposing political ideologies and the times they have spent together.

Finally, Baldwin stepped back up to the podium.

“It’s hard to say how many friends you have when something like this comes up,” Baldwin said. “I really appreciate everyone for coming. All of this stuff they’ve said about me, it doesn’t happen on account of one man. It happens because of a group.”

He added that he has always had an interest in the town and the county, taking every chance he had to join or do something to help. He then thanked everyone for coming out again, and the event ended with 30 seconds of a standing ovation.