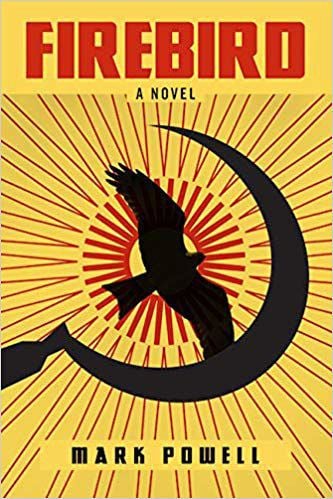 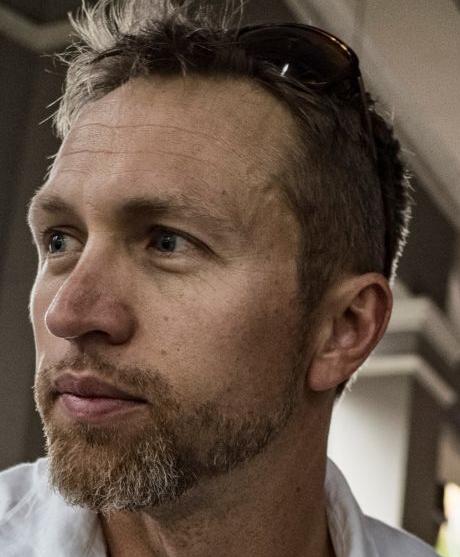 We all know where the road paved with good intentions leads, and Mark Powell again takes us there, in his sixth novel, “Firebird.”

Powell’s works often explore some form of hell on Earth. In “Firebird” (Haywire Books), the Appalachian State University professor takes us to Eastern Europe, where the greed and corruption of an oil baron collide with the best-laid humanitarian plans of the U.S. government.

From there, things get messy as a disillusioned staffer unearths a secret dossier filled with bank accounts pointing to a complex global conspiracy. But, typically, writing with workmanship precision, Powell turns “Firebird” into a neatly packaged literary thriller, masterfully executed with a most-satisfying denouement.

Recently, Powell agreed to field a few questions from Ashe Post & Times about both satisfaction and execution. The following interview has been edited for clarity and length.

Ashe Post & Times: I asked you a question similar to this in 2017, just before publication of your novel “Small Treasons” (https://tinyurl.com/umkmxgw). But, because Ron Rash has named you “the best Appalachian novelist of his generation,” I’ll ask again: Your new novel, “Firebird,” is not your typical Appalachian story. What is the genesis of your current thriller?

Mark Powell: Yes, Appalachia it is not. The catalyst of the book was living in Slovakia in 2014. My family and I were next door to Ukraine as the Euromaidan revolution devolved into war with Russian-backed separatists. I was already interested in energy policy in the region, particularly natural gas. When I started reading my way into what was happening in Ukraine — and later visiting the occupied east — I began to imagine all sorts of possible connections. Those connections felt far-fetched but strangely plausible. As a novelist, I couldn’t resist.

APT: Corruption, greed and manipulation layer much of your work, but also are such things countered — or at least an attempt is made — by good intentions. In “Firebird,” those good intentions are on the part of U.S. foreign policy gone awry. What drives your interest in such intricate countermeasures?

MP: I’m always interested in divided selves, be it personal or national, or some combination of the two — stories generally come out of that tension. In Ukraine, we (the United States) have supported pro-democracy and human rights efforts. It is us at our absolute best, noble and brave. Simultaneously, we have sought ways to profit off the chaos and violence. This, of course, makes us no different than any other nation, both selfless and self-interested.

What’s interesting about the U.S. is our remarkable ability to imagine ourselves as purely a force for good. I used to think this was ignorance on our part. More and more, I think it’s a sort of psychic self-preservation.

To live in the United States is to live under a protective umbrella of violence carried out in our names, sometimes overtly, sometimes not. As a novelist, I’m not interested in weighing in on whether this is right or wrong, moral or immoral. I’m interested in what it does to our sense of self, individually and collectively.

In “the darkest of moments,” is it ever possible for us to truly know one another?

MP: The naive, younger part of me wants to say yes. But the older I’ve gotten, the more I doubt such. That said, there is much to be said for the mystery of being alive, of loving someone like you love a question. To some degree, that might be love: to cling to another without ever fully understanding what it is you’re clinging to.

APT: Speaking of questions, I’m intrigued by the title of this novel. In the first half of the story, you reference “The Firebird” ballet and orchestral concert work by the composer Igor Stravinsky. In recent interviews, you indicate that this was not the working title of the novel.

In its published form, were you looking for a more overt Russian connection and perhaps the fairytale curses and blessings of the Firebird — or am I just off base, here?

MP: That’s a great question. The working title was “The Eastern Front,” a title I liked very much for its connection to the First and Second World Wars and the suggestion of an ongoing struggle in that region — which I very much believe is the case. But there are also quite a few books with “Eastern Front” as part of the title and there was the fear my novel would be lost among them.

I had already written the scene referencing Stravinsky’s “Firebird,” and as my editor and I went searching for a new title we kept returning to it.

That said, I do have a lingering fear folks will think it’s a Southern rock album I recorded in my basement.

APT: I think that’s unlikely, but Southern rock aside, in addition to the famous ballet you also reference and quote Walt Whitman. A fitting or a favorite poet — or maybe both?

MP: Both fitting and a favorite, certainly. The line that’s referenced — “It is not upon you alone the dark patches fall” from “Crossing Brooklyn Ferry” — is something I’ve considered, recited and just generally carried with me throughout my adult life.

Like so much of Whitman, it reminds me of the dappled nature of life, the light and the dark, and how we all move between the two.

APT: From such references, it’s no surprise that your works are not only described as thrillers, but literary thrillers.

Certainly your writing certainly bears this out. Seemingly throwaway descriptors such as “on his face was a drooping oatmeal-colored mustache meant for the O.K. Corral”; “over time (he) became a sort of mascot, loved the way you love a housebroken puppy”; and, “wiry with cords of muscles, tendons that outlined her neck — a graduate of the Bolshoi school of undereating,” appear effortless.

From these things and others, such as driven dualities — “The failed message. The failed life. If it was a relic, it was also a reminder.” — I’m guessing that such writing is a labor of love. As a professor of creative writing, would you mind sharing a bit about the effort you put into your own work?

MP: It’s certainly a labor of love, often, too, a labor of great frustration. But with the exception of being with my wife and children, the most satisfying thing in my life is the struggle to get something right on the page — or at least less wrong.

I try to tell myself the same thing I tell my students: You can be patient with yourself without ever being satisfied with yourself. The German poet (Johann Wolfgang von) Goethe said, “Do not hurry, do not rest.” (Rainer Maria) Rilke, just to keep citing Germans, said something like, “Don’t ever stop moving.”

That’s what I try to do, to keep moving, but slow enough that those movements are measured.

APT: Not to deny that patient and measured effort, I’m going to suggest that the best way to read this novel is straight through in one sitting, immersed in the story’s cinematic flow. Your thoughts. …

MP: I think there is probably no greater compliment you could pay a writer than to suggest their work should be read in a single sitting.