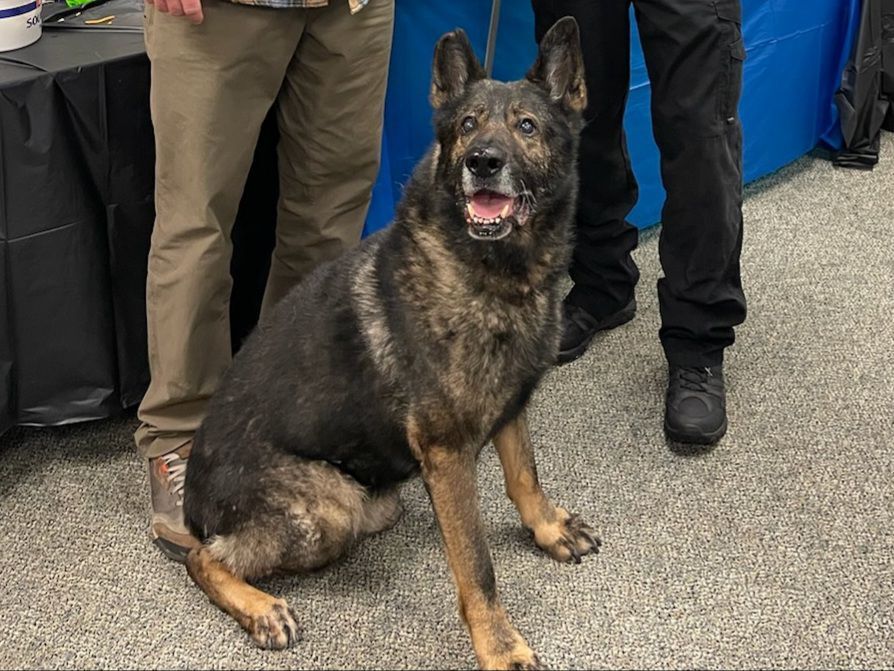 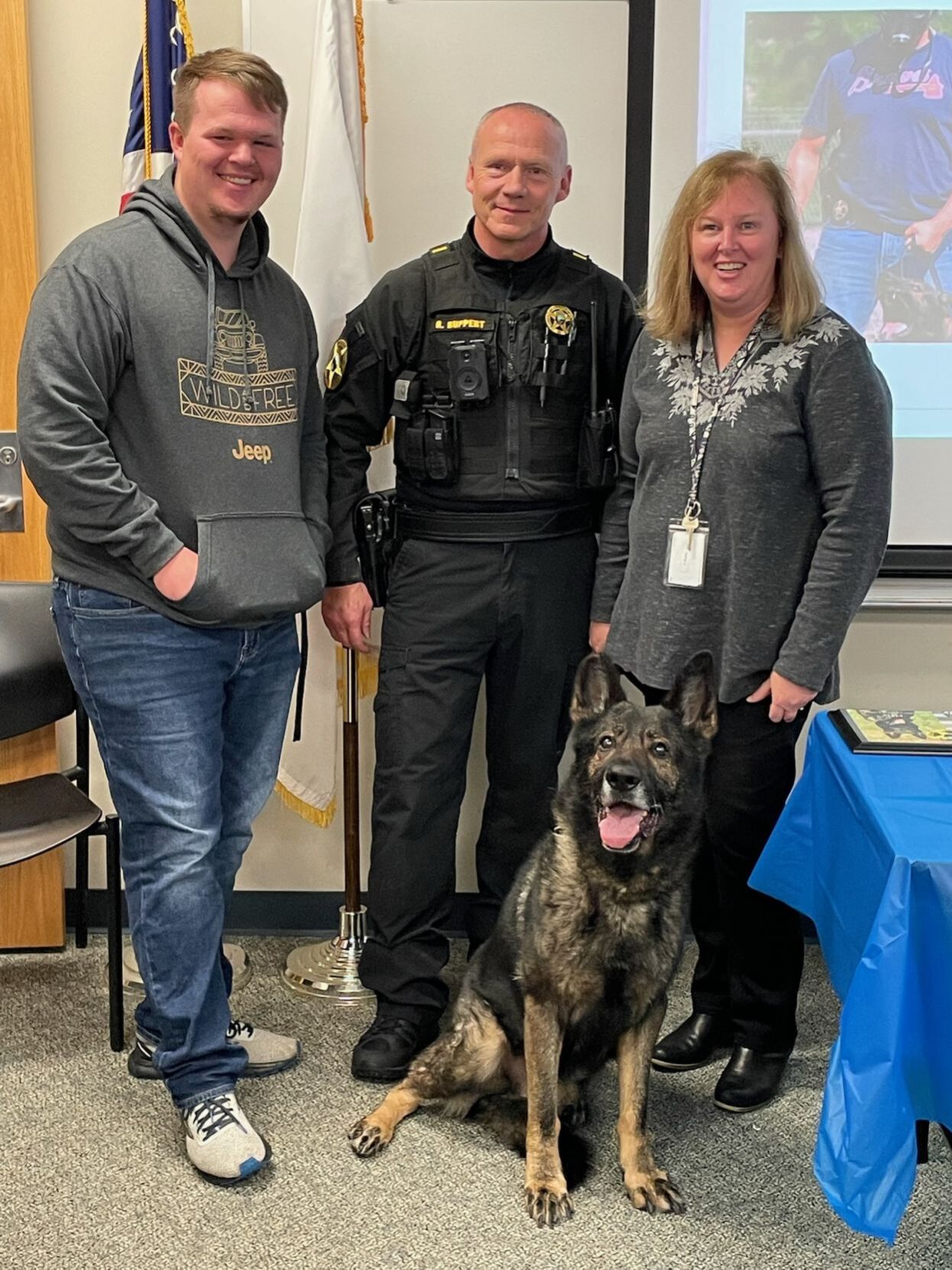 K-9 Elvis, along with handler Lt. Rick Ruppert and Ruppert’s wife and son, Sandra and Ethan.

K-9 Elvis, along with handler Lt. Rick Ruppert and Ruppert’s wife and son, Sandra and Ethan.

BOONE — After nine years, Elvis has officially retired from the Watauga County Sheriff’s Office. The K-9 had been with the WCSO since 2013, and was seen off during a packed retirement party.

A German shepherd from the Czech Republic, Elvis had an eventful career that saw him find “lots of drugs” while on patrol, handler Lt. Rick Ruppert said.

“He officially retired at New Year’s, but he stopped coming to work a couple weeks ago,” Ruppert said at the Thursday, Jan. 6, event. “In front, he’s still a puppy full of energy. But his back half is getting old and he started having some hip trouble.”

About to turn 10, Elvis still has the habit of trying to go to work with his handler as he did for so many years, Ruppert said.

Celebrating his retirement, law enforcement officers from across the county stopped by to see Elvis off. As the guest of honor, Elvis ate steak while everyone else took the opportunity to enjoy a chili lunch together.

As part of the retirement process, Elvis was declared as surplus by the Watauga County Board of Commissioners on Dec. 21 and was sold to Ruppert 10 days later for a fee of $1.

In the letter to the commissioners requesting Elvis’s retirement, Redmon noted the K-9 was a favorite at elementary schools. According to Ruppert, Elvis was always friendly to citizens and happy to receive a pat or two.

Elvis is the third WCSO K-9 officer to retire in one year, following Raven and Moses. According to Maj. Kelly Redmon, this leaves the office with one left, Maverick, but they are working on bringing that number up to three in the coming months.