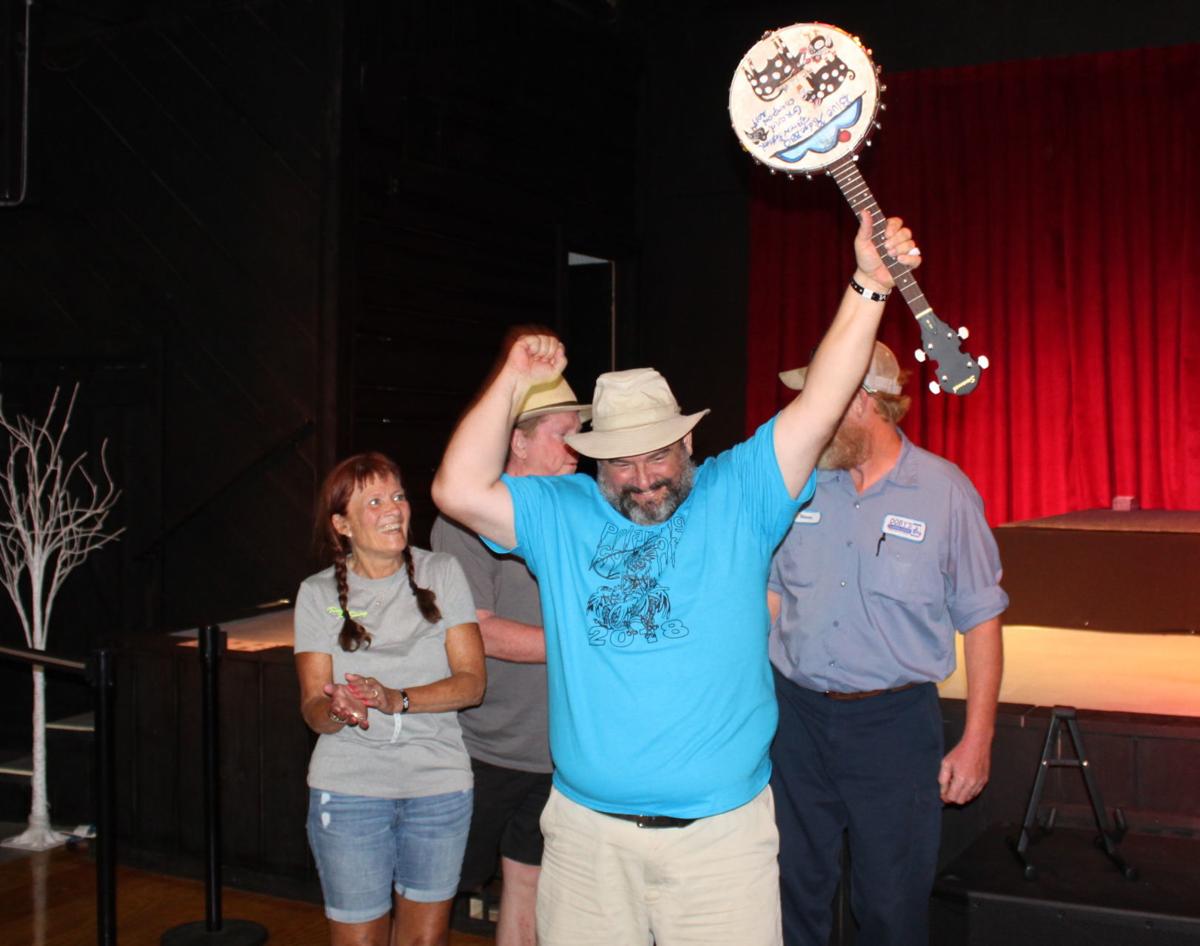 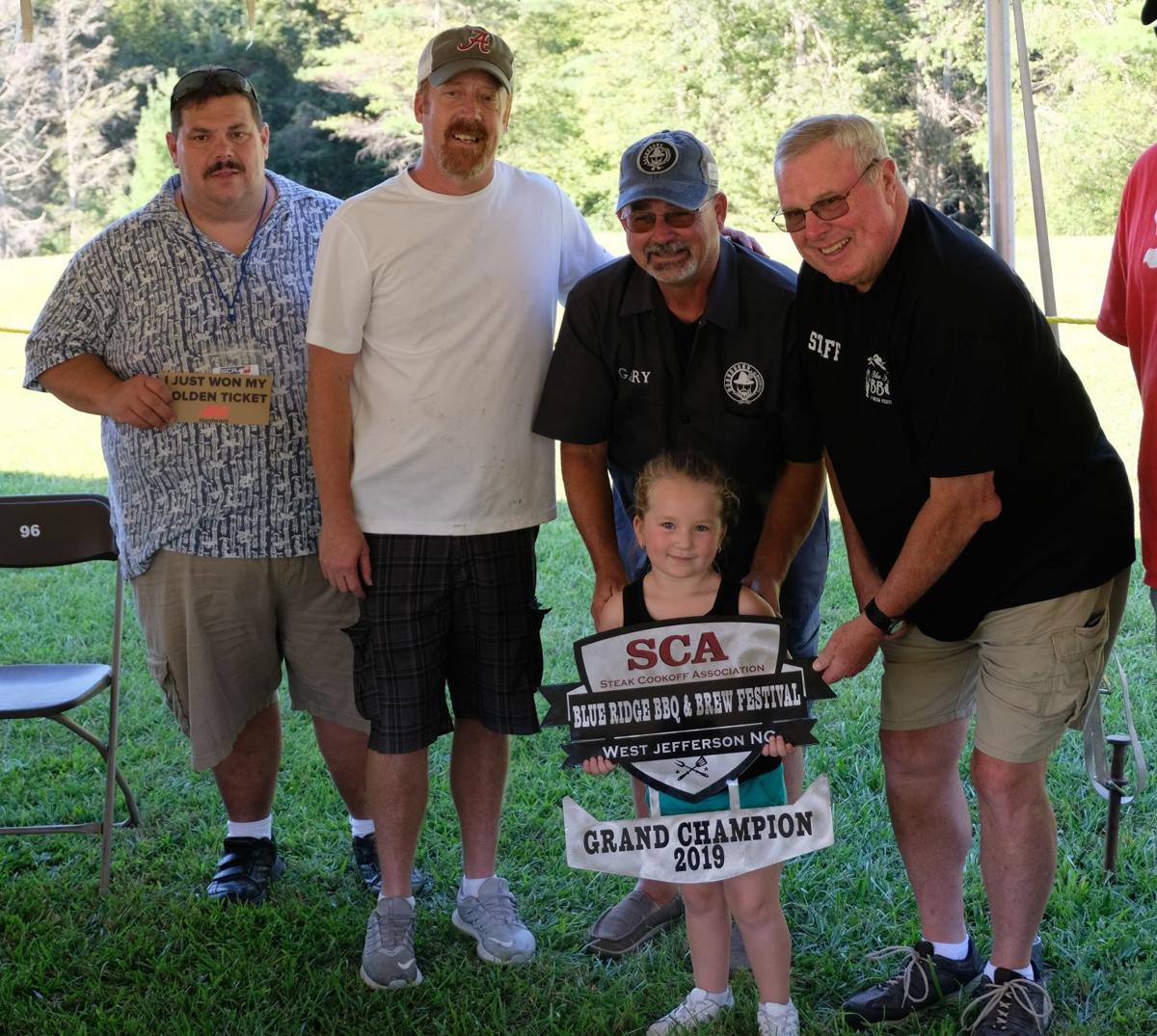 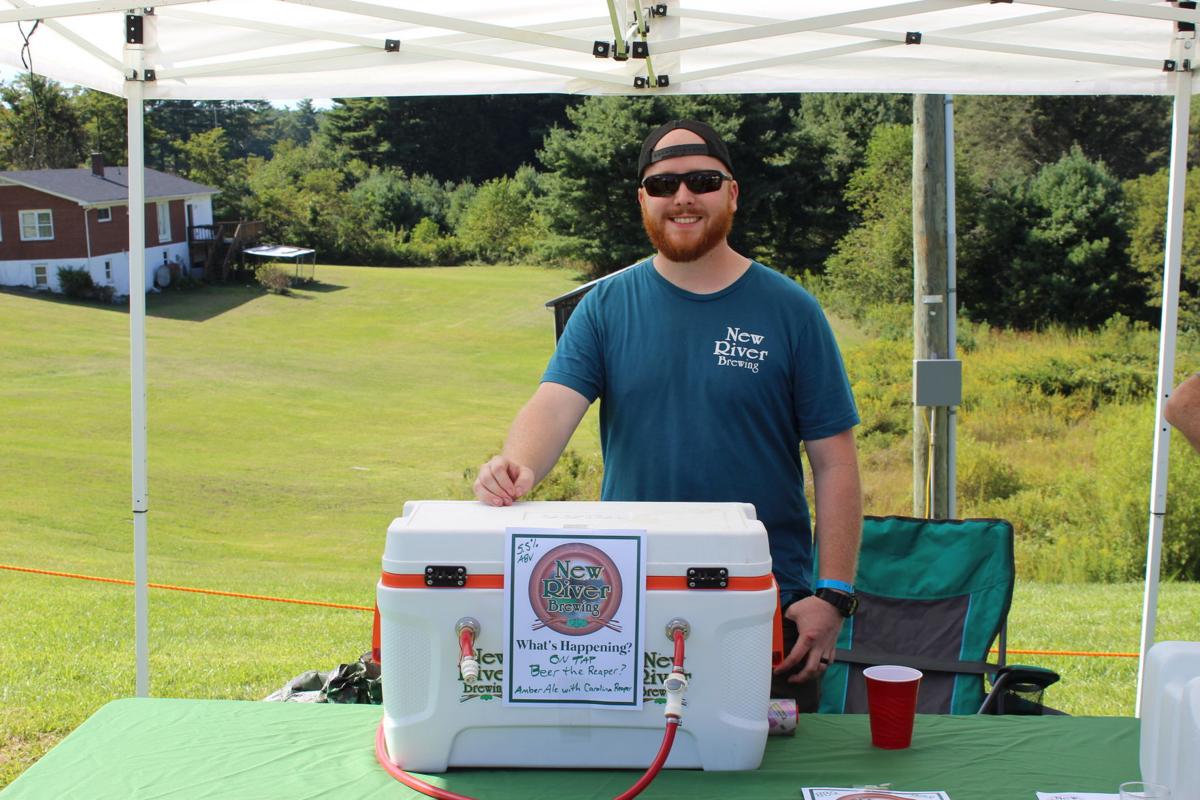 Adam Hershner of New River Brewing offers a taste of their new brew, ‘Beer the Reaper,’ during the Blue Ridge BBQ & Brew Festival on Saturday, Aug. 31. 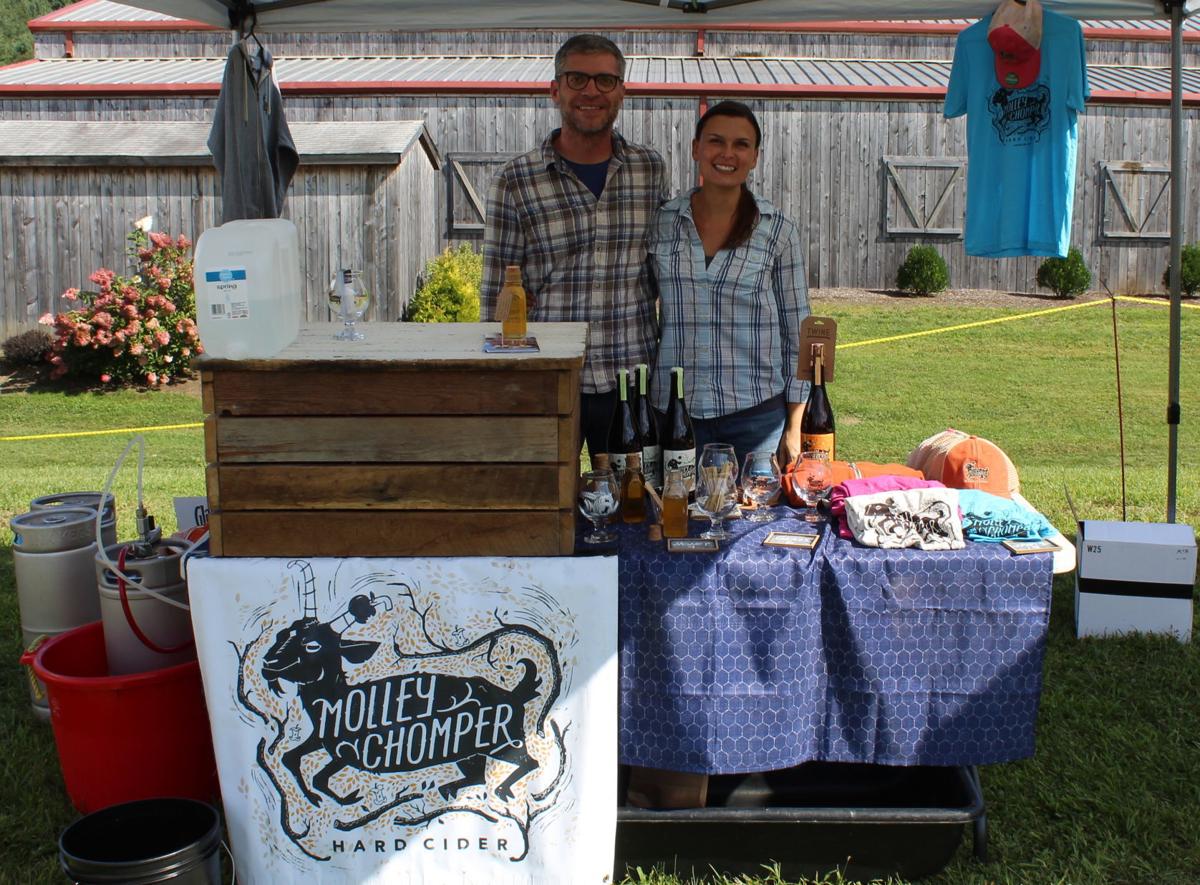 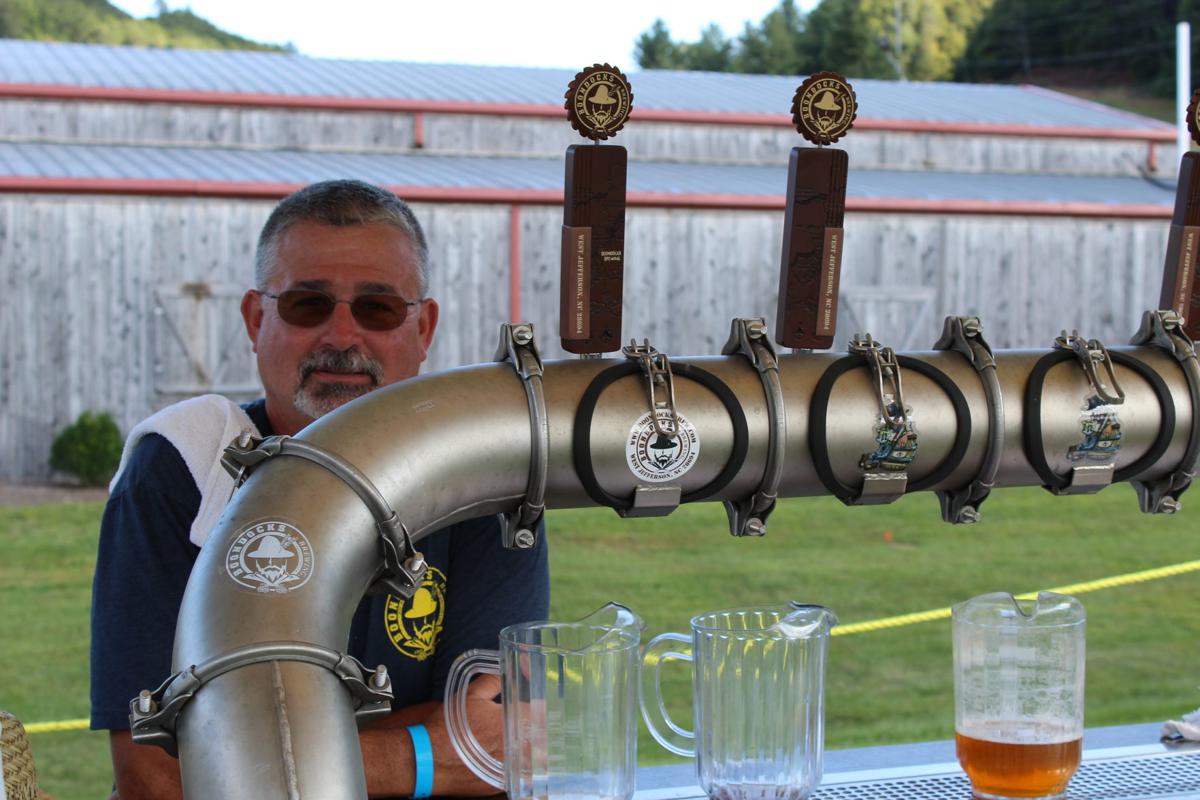 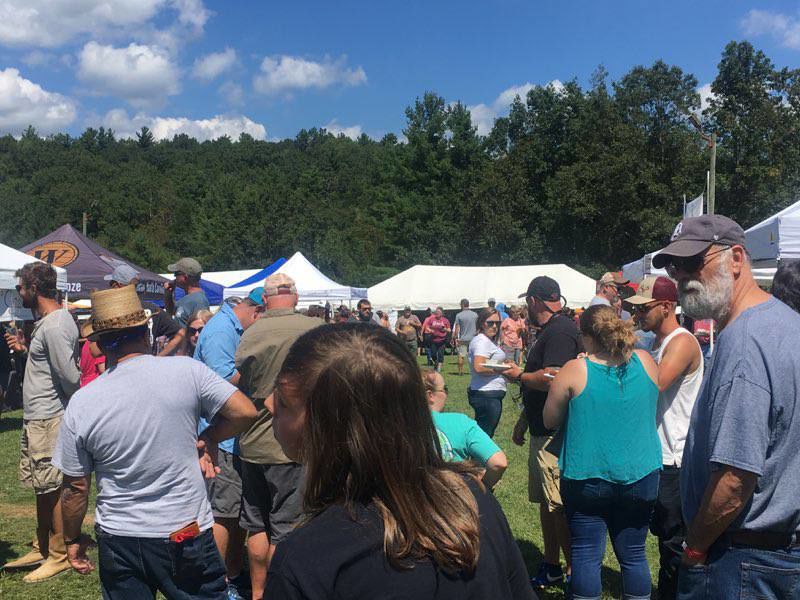 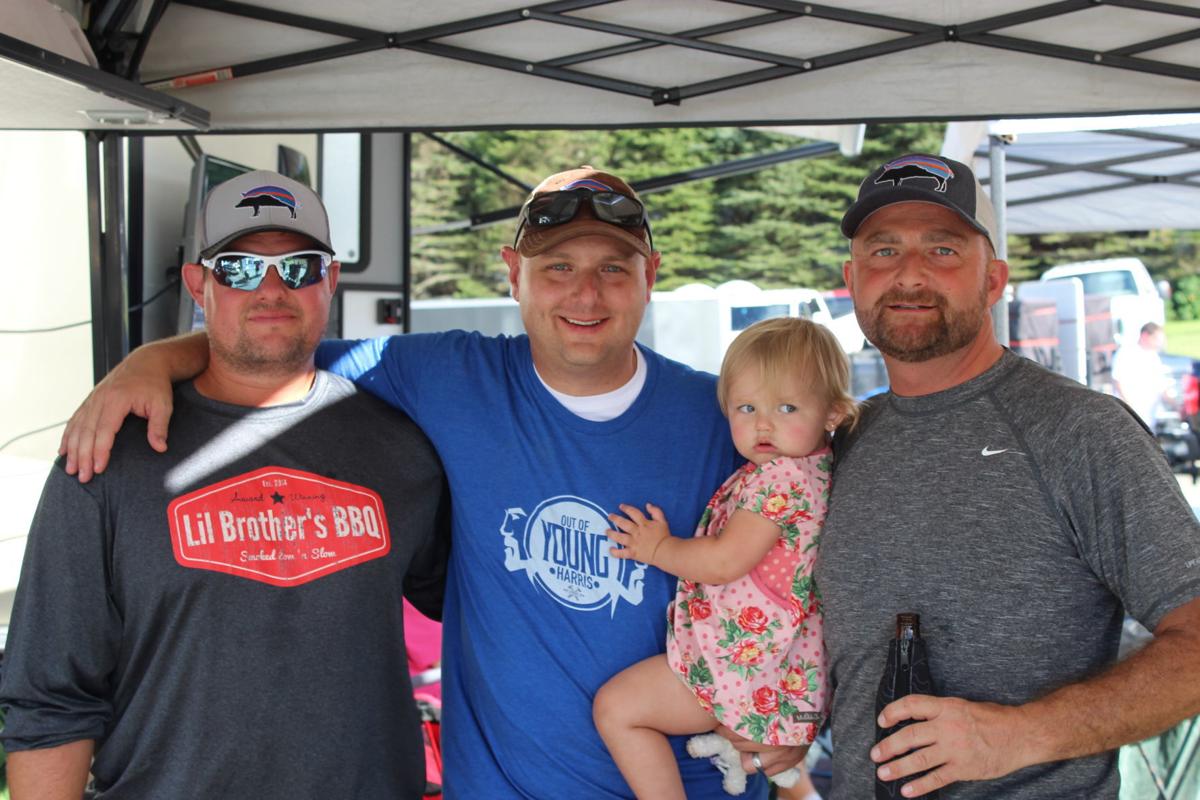 Adam Hershner of New River Brewing offers a taste of their new brew, ‘Beer the Reaper,’ during the Blue Ridge BBQ & Brew Festival on Saturday, Aug. 31.

GLENDALE SPRINGS — After two days of grilling, smoking and slow-cooking, the inaugural Blue Ridge BBQ & Brew Festival came to a close on Saturday, Aug. 31, with competitors traveling from across North Carolina to take part in the state’s official barbecue championship.

For the two-day competition, Twisted Pair BBQ took first place out of 24 teams in the barbecue cook-off on Saturday, and McAdoo Heights BBQ secured first place in Friday’s steak cook-off.

“It’s our first grand championship,” George DeMartz, pitmaster for Twisted Pair BBQ, said. Based in Raleigh, DeMartz said that professional barbecue cooking was a passionate hobby of his. Out of the four competitions his team has participated in, he said it meant a lot for his team to take first place.

“What we try is consistency,” Stephen Gentzler, assistant pitmaster for Twisted Pair BBQ, said. “It all came together today.”

With the win, Twisted Pair earned a chance to compete in next year’s Jack Daniels World Championship Invitational barbecue competition in October 2020 and received an $1,800 cash prize, event coordinator James Killian said. In addition to their overall placement, Twisted Pair also placed in a number of other contests during the festival, netting around $3,000 in total prize money, Killian said.

During the course of two days, Killian said the event attracted an estimated 2,600 people to Ashe County, with many festivalgoers arriving from out of town.

For the first day of the competition, the Steak Cookoff Association oversaw the competitive cooking of steaks, followed by the barbecue cook-off on Saturday, overseen by the Kansas City Barbeque Society.

“We had a good weekend,” Sean Sewell, of McAdoo Heights BBQ, said. His team placed first overall in the steak cook-off and second overall in the barbecue cook-off. “We’re really happy for George.”

Also on Saturday, a number of breweries, cideries and distilleries from across the state had tents set up, offering festivalgoers a sample of some of their featured ales, lagers, ciders and spirits. From Foothills Brewing, based out of Winston-Salem, to Molley Chomper Cidery in Lansing, options were seemingly endless for those looking to familiarize themselves with new brews.

Representing Ashe County along with Molley Chomper was New River Brewing, debuting its “Beer the Reaper” brew, which blends a concoction of sweet and spicy ingredients with Carolina Reaper peppers grown by Killian himself.

Killian said he was proud of how it all came together, and added that it was one of the most successful events Ashe County has ever experienced. He noted that he couldn’t have done it without the help of a number of people in Ashe County, including John Smyre.

Whether the festival will return next year is still to be determined, Killian said. He said if it were to return, it would need the backing of local government and business leaders. He also expressed interest in forming a committee to organize a festival for next year.

Grab a copy of Ashe Post & Times on Wednesday, Sept. 4, for more on this story.