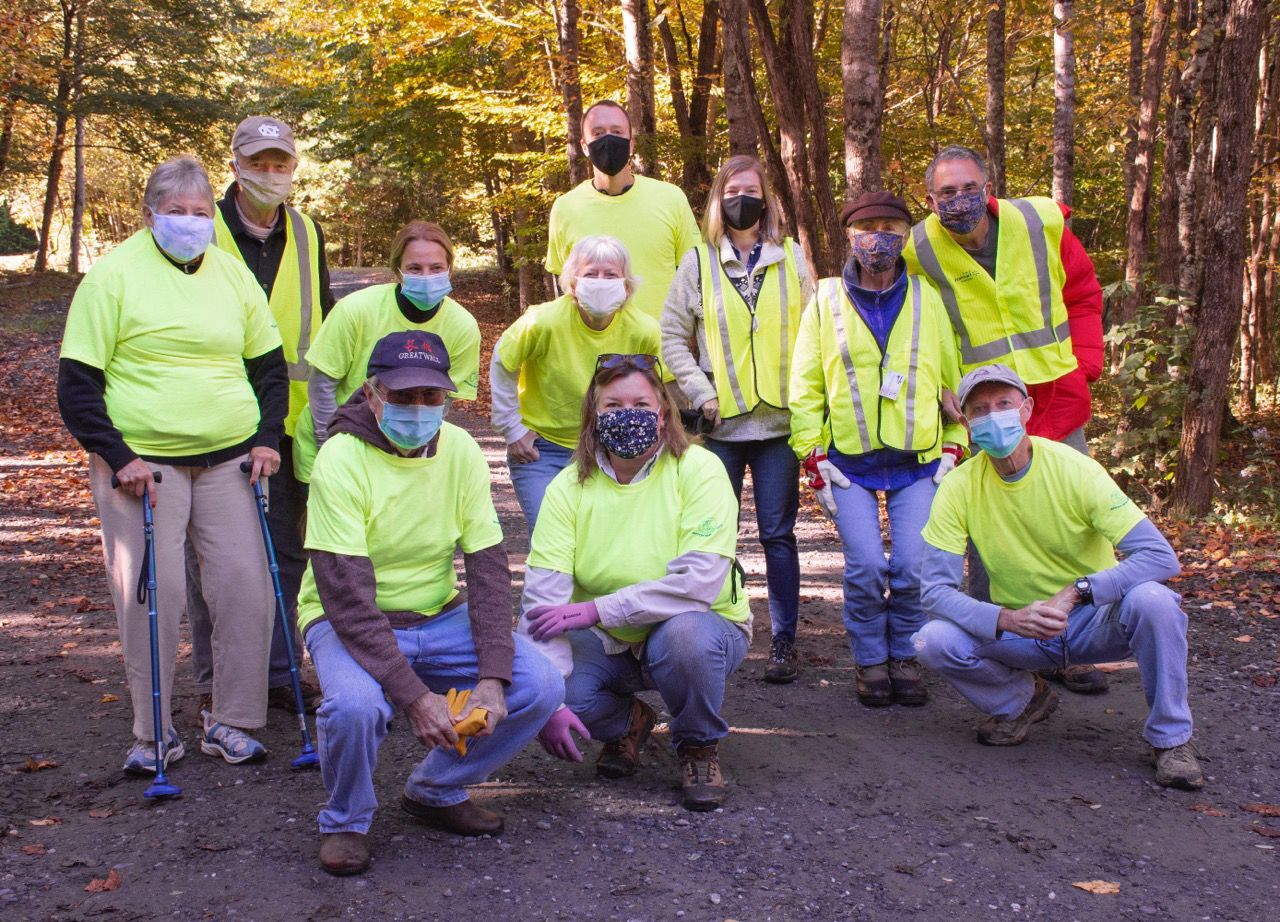 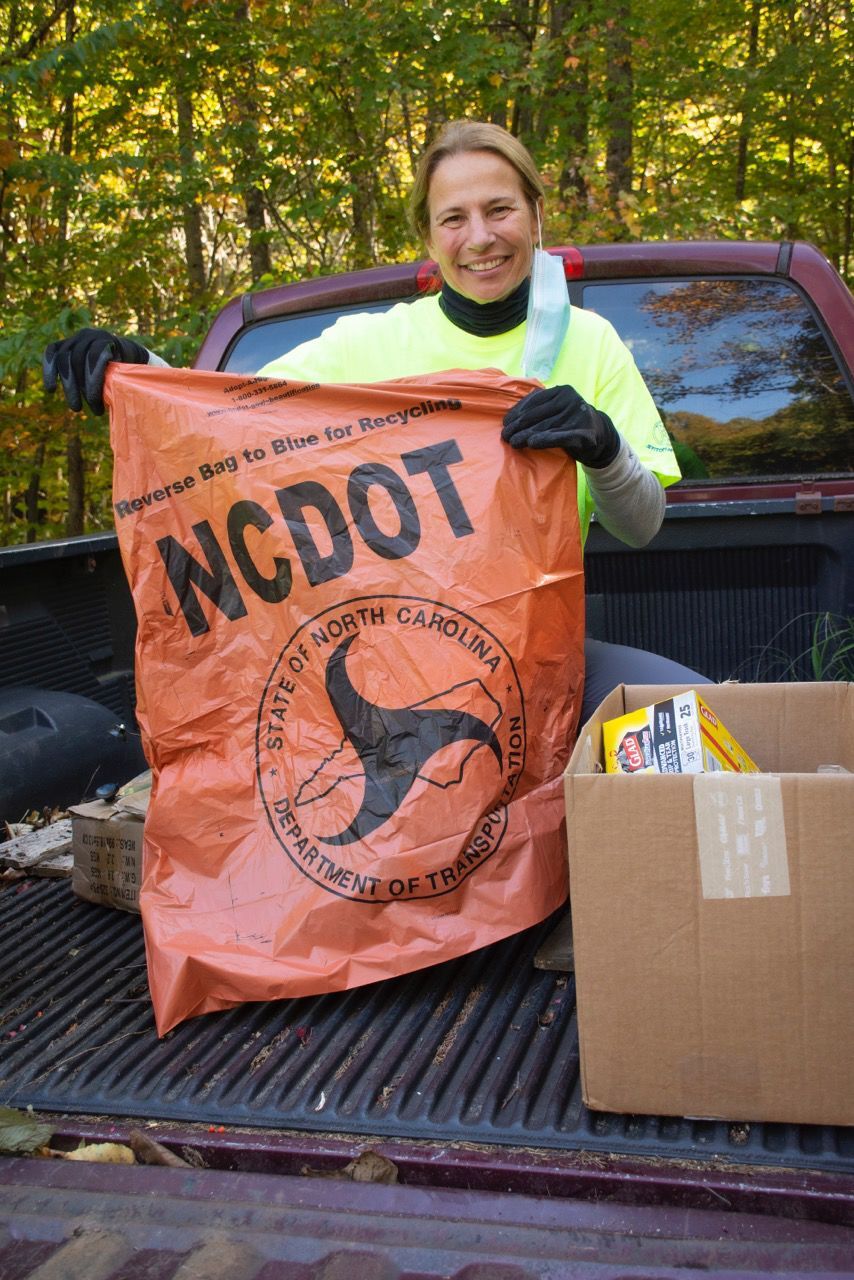 K.A.B. volunteer Grace Sundman poses with one of the bags provided by the NCDOT. More than 500 full bags of litter were picked up after volunteers finished their routes.

K.A.B. volunteer Grace Sundman poses with one of the bags provided by the NCDOT. More than 500 full bags of litter were picked up after volunteers finished their routes.

WEST JEFFERSON — On Oct. 3, Keep Ashe Beautiful completed its Fall Litter Sweep with 185 volunteers with the support of NC DOT and local businesses.

KAB is an all-volunteer, nonprofit organization whose mission is to engage the community to improve the natural environment through daily actions in beautification and responsible waste handling.

There were 28 teams that participated in the Fall litter sweep, which varied from one participant to 22.

The Fleetwood Falls group, which included 14 participants completed a sweep of Railroad Grade Road. Jane Lonon and Kathy Howell teamed up to sweep a section of Idlewild Road. The Old 16 group, which consisted of eight members, swept the area from Bristol Baptist Church to Blevins Sub Shop. The Stonebridge group, which was made up of eight team members swept the area of U.S. 221 and Baldwin Convenience Center.

The Bald Mountain Group, with 12 members, were responsible for the area of Bald Mountain and Buck Mountain dirt roads to Buffalo Road. The GLAD group, which had 10 members, swept from Deep Ford Road to Little Horse Creek Road. The Ashe County Democratic Party, which included 10 members were responsible for the area between Food Lion in Jefferson to Mt. Jefferson Road. The Rovers group had 8 members and swept from U.S. 221 and N.C. 163 to Westwood Elementary.

The Hotel Tavern group with its 10 members swept from the U.S. 221 and N.C. 163 intersection to Mt. Jefferson Road. The Elizabeth Hatch group, which had nine members, were responsible for West Pine Swamp Road. The Dan Leahey group, which had two participants, swept Mulatto Mountain Road. Midway Baptist Church formed a group of 22 participants and swept from Ray Taylor Road to N.C. 163.

Lexi Danner completed a sweep of the area from Railroad Grade Road to the Todd General Store. The Meredith Kitson road, with its 10 participants, swept from the paved section of Bald Mountain Road to Golf Course Road. Linda Belger will be completing a litter sweep on Oct. 10.

The Boondocks team, which consisted of 19 members, completed a sweep on the BackStreet on Sept. 30 and wore their K.A.B. t shirts on Oct. 3 to show support. The Chemi-Con team swept N.C. 194 around Chemi-Con.

This year, the following teams were not able to participate: Ashe Early College, Ashe County High School JROTC, AEV, G.E. Aviation, McFarland Publishing and Lowe’s. Although they were unable to participate, Lowe’s still donated six grabbers to be used in the event.

KAB President and Executive Director Bill Apple said they would like to find “litter spotters” around the county to keep an eye out on roads in the area where they live to notify them of highly littered areas.

KAB would also like for individuals, families, churches and/or businesses to adopt a section of a road they will commit to keeping clean. They are also looking for folks who are interested in helping with education, community awareness, beautification and/or fundraising and anyone interested in joining their board.

“We are a small but dedicated group,” Apple said.