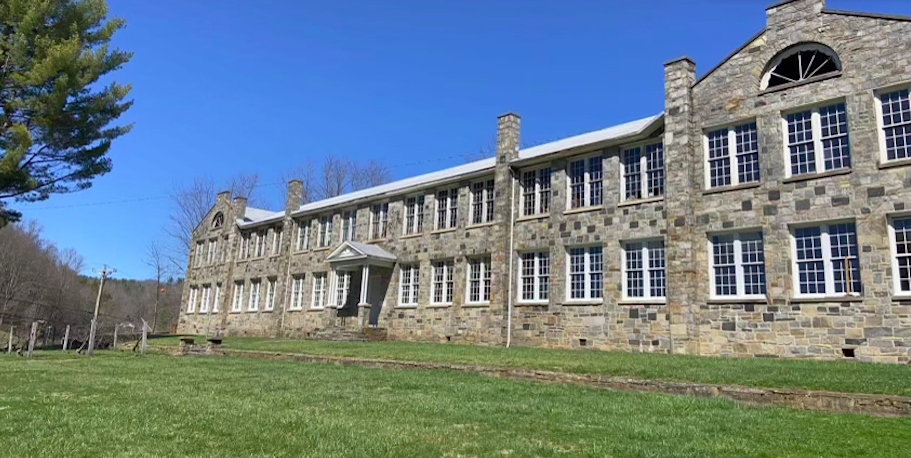 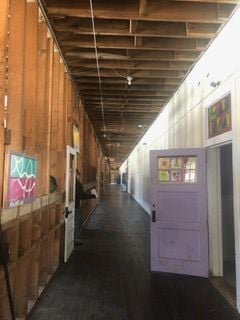 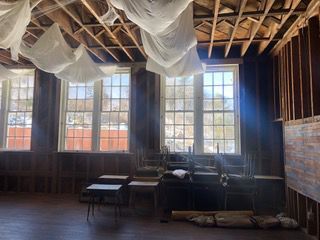 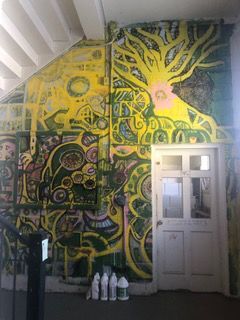 LANSING — As the old Lansing Elementary School sits proudly just off NC 194, the Lost Province Center for Cultural Arts has begun to make way on the building, hoping for something Ashe County has never seen before.

Effective July 1, 2020, LPCCA attained ownership of both the historic Lansing schoolhouse and classroom building. Both buildings are listed on the National Register of Historic Places.

LPCCA has a vision to transform the historic landmark into a mixed-use campus, which will serve as a singular showcase in Ashe County for the promotion and preservation of arts and crafts, music and culinary arts.

David Norman, who serves as LPCCA’s board chair and CEO, said the idea of creating such a space in Lansing began approximately five years ago.

According to Norman, they plan to teach the culinary service and skills necessary to run a restaurant. In the old schoolhouse there will be a farm-to-table “white tablecloth” style restaurant for students to showcase their culinary talents. Also in the schoolhouse building will be a gallery and gift store, as well as at least 18 studio apartments on the second floor.

Norman said that as they attract tourists and artists to the community, they want to be able to provide them with a place to stay. The plan is for these apartments to be short-term rentals primarily for students and educators, as well as tourists. One of the purposes for such space is to provide housing for students. This is due to the potential of classes such as metal working, glass blowing and pottery to last for several days.

“I want adults to be able to turn their hobbies into jobs, something for them to make a living from,” said Norman.

The school building itself, standing on 3.7 acres of LPCCA property, has been stripped of previous remnants and occupations, being left bare and open with visible stove-burnt roofing and wooden structures. Some of the old desks from before the school closed still remain, along with the original intercom system. The walls of the classrooms have been left with old wooden paneling, open with rarely any enclosures. Original doors stand, now with little use; 118 casement windows remain with aged roping and weight systems.

Norman hopes that the interior can soon hold a mid-century flavor in addition to the original rustic look as to keep close to the roots of the building. An estimated $6 million is on the table in restoration of the schoolhouse.

“I want people to fill this space,” Norman said. “I want to fill it full of adult learners and artists.”

The goal for LPCCA is not to bring people into the school to teach them the arts — it is to teach and to bring income to those who have the hands for cultural arts.

“I am less interested in someone coming in and learning how to do pottery,” said Norman. “I’m more interested in a single mom, a young woman, in the region who really has a passion for pottery and wants to learn enough to where she can open a studio and provide an income for herself and her family.”

Through the school, students will pay tuition, like any other college, but will be given the opportunity to work as they learn, ultimately paying for their education. Instead of leaving in debt, they will be leaving with the stepping stones to further their career and income.

Norman hopes that instead of coming out at a dead-end while drowning in student loan debt, the alumni from Lost Province can get out from behind the kitchen stove and create a life where they take what they have learned to better themselves and their families.

In the restoration process, the board for LPCCA has produced images of inspiration for the look and feel of the building.

The classroom building is currently being repainted and renovated for arts classes that will begin this summer. Classes will include personal wine-making, pottery and fiber arts, such as weaving and knitting.

Norman expects the project to take from 18 to 24 months.

More information about LPCCA and their efforts in Lansing can be accessed by visiting the Facebook and Instagram pages @LostProvinceArts or calling (336) 620-1107.