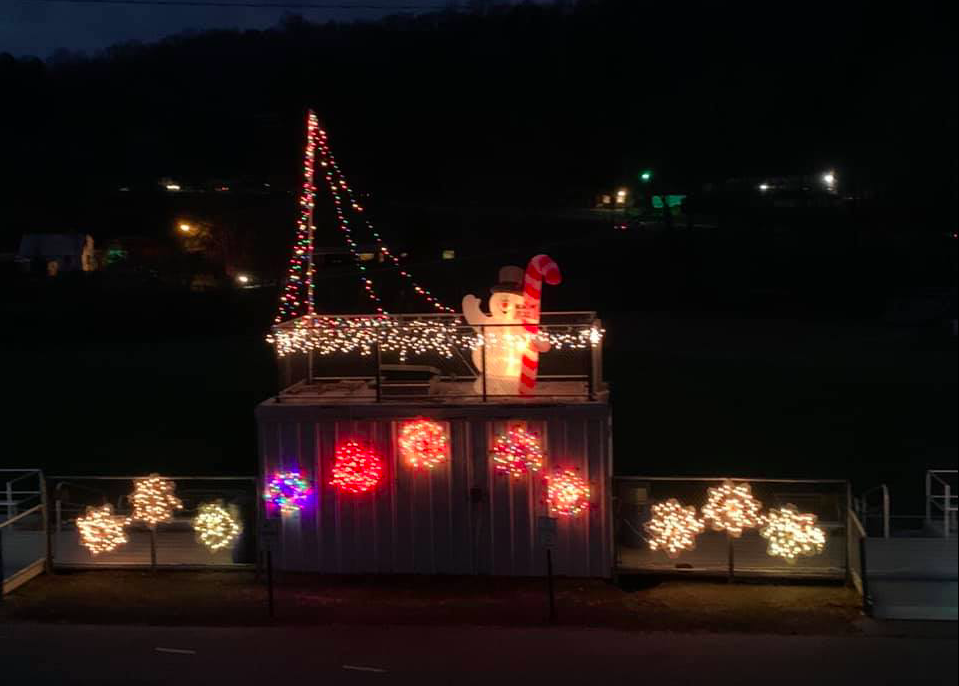 Festive holiday decor was placed throughout the campus of Ashe County Middle School the first three weekends of December for the drive-through Christmas light show. 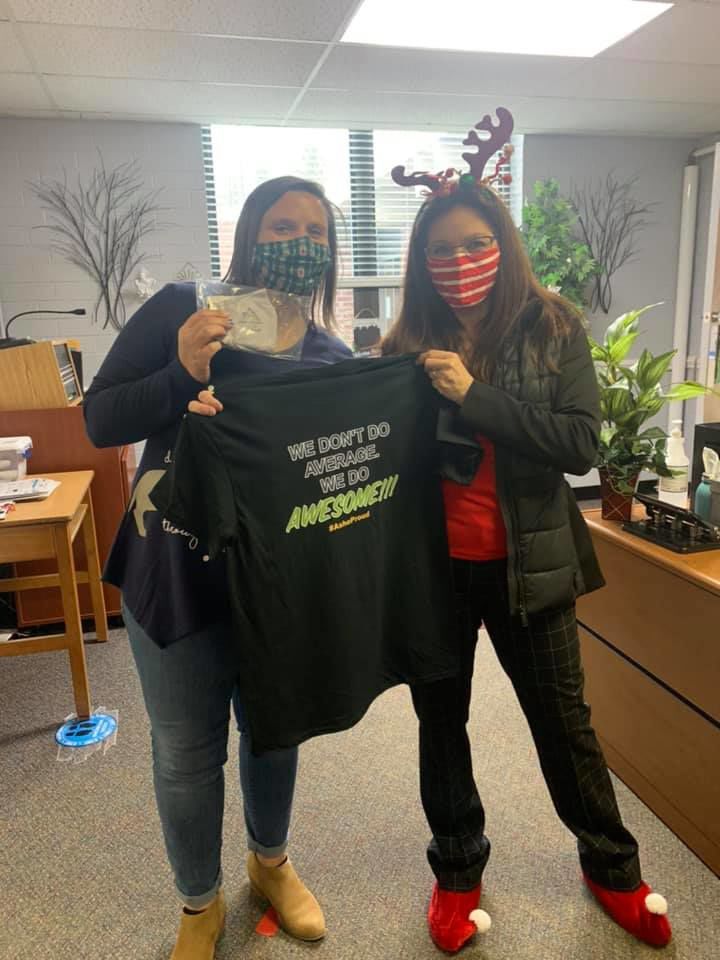 Ashe County Middle School Assistant Principal Lindsey Williams and Superintendent Dr. Eisa Cox hold up one of the t-shirts given to all ACS employees.

Festive holiday decor was placed throughout the campus of Ashe County Middle School the first three weekends of December for the drive-through Christmas light show.

Ashe County Middle School Assistant Principal Lindsey Williams and Superintendent Dr. Eisa Cox hold up one of the t-shirts given to all ACS employees.

WARRENSVILLE — Ashe County Middle School offered a new opportunity for the community that brought loads of good cheer to this unusual Christmas season.

The “Making Spirits Bright Light Show” was held the first three weekends of December on the campus of Ashe County Middle School.

Making Spirits Bright was a drive-through light show featuring more than 30,000 LED Christmas lights, numerous outdoor inflatables and other decorations provided from individuals and businesses throughout the county.

With monetary contributions from local businesses, the middle school was able to light up much of the campus as patrons drove through to view the various exhibits.

Community members, students (from various schools) and staff worked together over the course of four weeks, including weekends, to create a spectacular event.

Several tree farms throughout the county donated over 40 Christmas trees that vastly contributed to the light show in the backyard, a huge hit by all who visited.

Along Northwest School Road several houses were lit up and The Baker’s Addict sold cupcakes which was a huge success. Santa Claus and the Grinch both made appearances at the light show as well.

During the course of the three weekends, over 1,100 cars passed through the light show, with approximately $9,000 raised for ACMS and $2,700 for Warrensville and Lansing Fire Departments.

Throughout the course of the event there were many positive comments shared with the staff, fire departments, and on social media. Families were so appreciative hoping this will become an annual event for our county.

One individual said, “This is better than Bristol Motor Speedway.”

ACMS would like to thank all who contributed to make the dream possible.

Most of all, they would like to thank all those who visited over the course of the event, and hope that they were able to bring some joy to families in what has been a very difficult year. They have already begun to plan for next year’s event, hoping to make spirits even brighter in 2021.