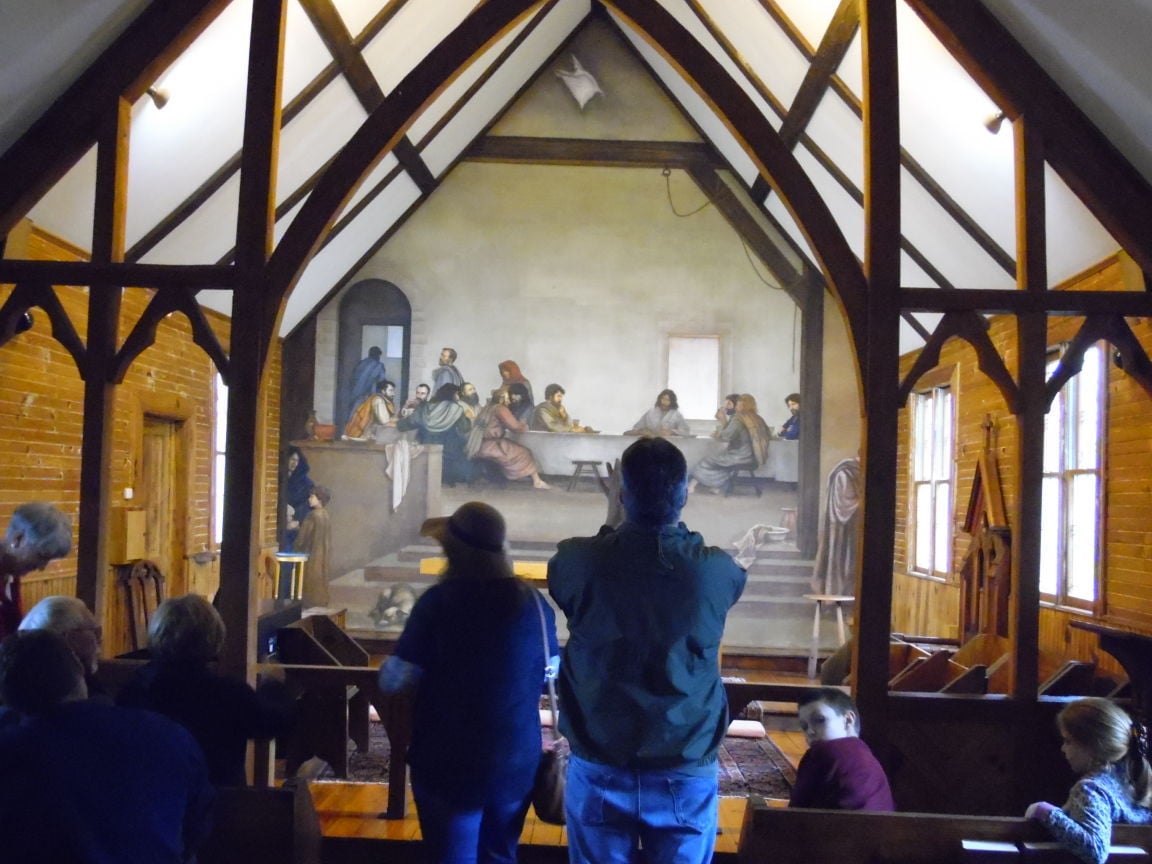 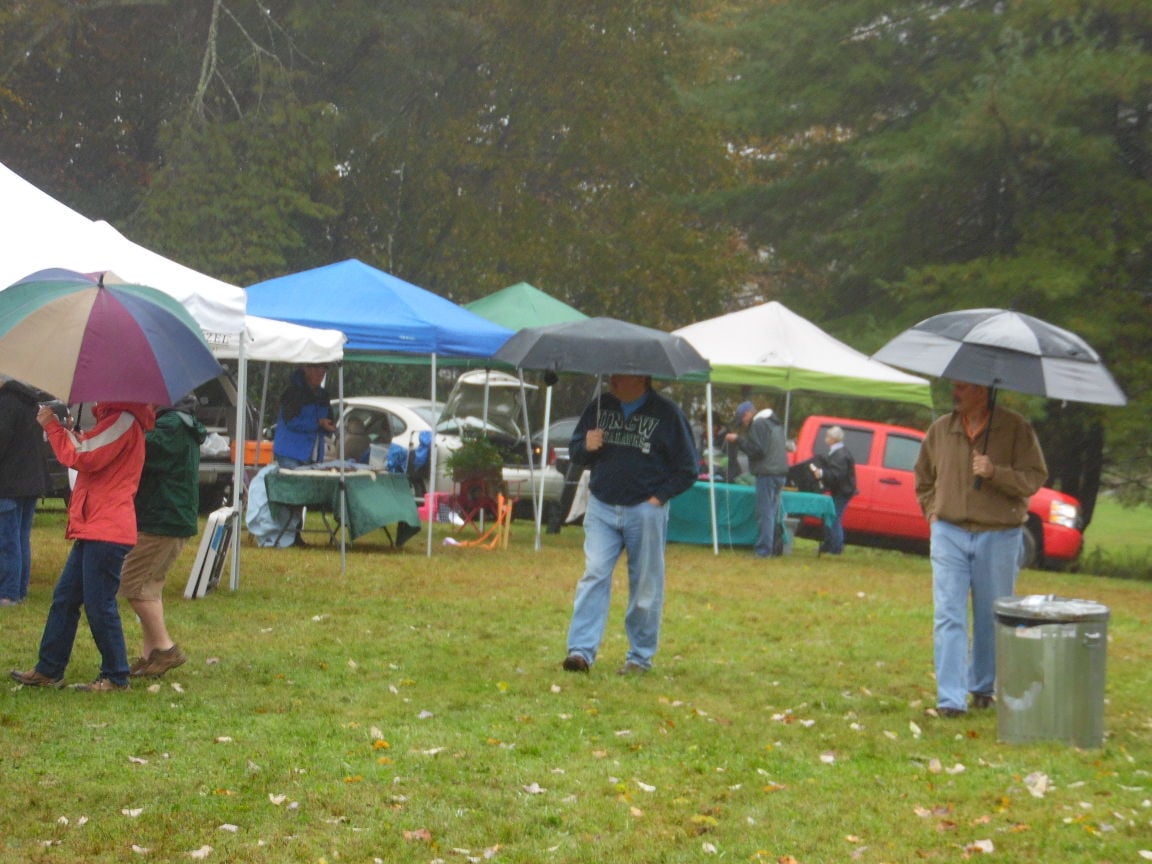 Wayne Johnson (left) and Ron Moore visit the Festival of the Frescoes in Glendale Springs on Saturday, despite a steady pouring of rain.

Wayne Johnson (left) and Ron Moore visit the Festival of the Frescoes in Glendale Springs on Saturday, despite a steady pouring of rain.

Despite the second straight year of rain, the Festival of the Frescoes still drew a crowd on Saturday, Oct. 10.

“It was drizzling early, and then it started raining harder, but it didn’t seem to discourage people from coming,” said Carol Day, president of the Episcopal Church Women group.

According to Day, the steady attendance could be due to busloads of people visiting the festival.

Marketing to bus companies is part of the festival’s marketing plan, according to Day.

The festival was held in Glendale Springs at Holy Trinity Church, which features a famed fresco painted by international artist Ben Long.

Even though the fresco was painted in the style of great Renaissance painters such as Michelangelo and Leonardo da Vinci, Long’s frescoe inside Holy Trinity Church is one of a kind.

According to Walter Skroch, a parishioner of 18 years, Long’s fresco depicts a few things differently in the famed “Last Supper” scene depicted in the Holy Bible, and depicted by other artists.

One prominent example is a medium-sized dog in the bottom left-hand corner of the fresco.

According to Skroch, this kind of dog wouldn’t have existed in the Middle East at that time. The dog is actually a depiction of a real dog that spent time around Long while he was painting inside Holy Trinity Church in 1977.

“He told me the reason that dog is in there is because ‘he spent 47 days with me, more than any student,’” Skrotch said, quoting Long. “You don’t want to paint something exactly like someone else.”

His first work in Ashe County depicted Mary heavy with child, and a following work depicted John the Baptist.

Long later began work on a fresco showing the crucifixion of Jesus Christ, which was later named “The Mystery of Faith.”

According to Day, the Festival of the Frescoes is one of many events/fundraisers coordinated by the Ashe County Frescoes Foundation and ECW.

Day also said she appreciated the work of high school volunteers with the festival, who helped with setup earlier that morning.