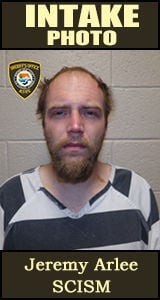 Jeremy Arlee Scism was arrested on April 27 for fleeing and eluding arrest with a motor vehicle, failure to heed light and siren, aggressive driving, driving while license revoked, carrying a concealed weapon and possession of marijuana up to half-an-ounce. 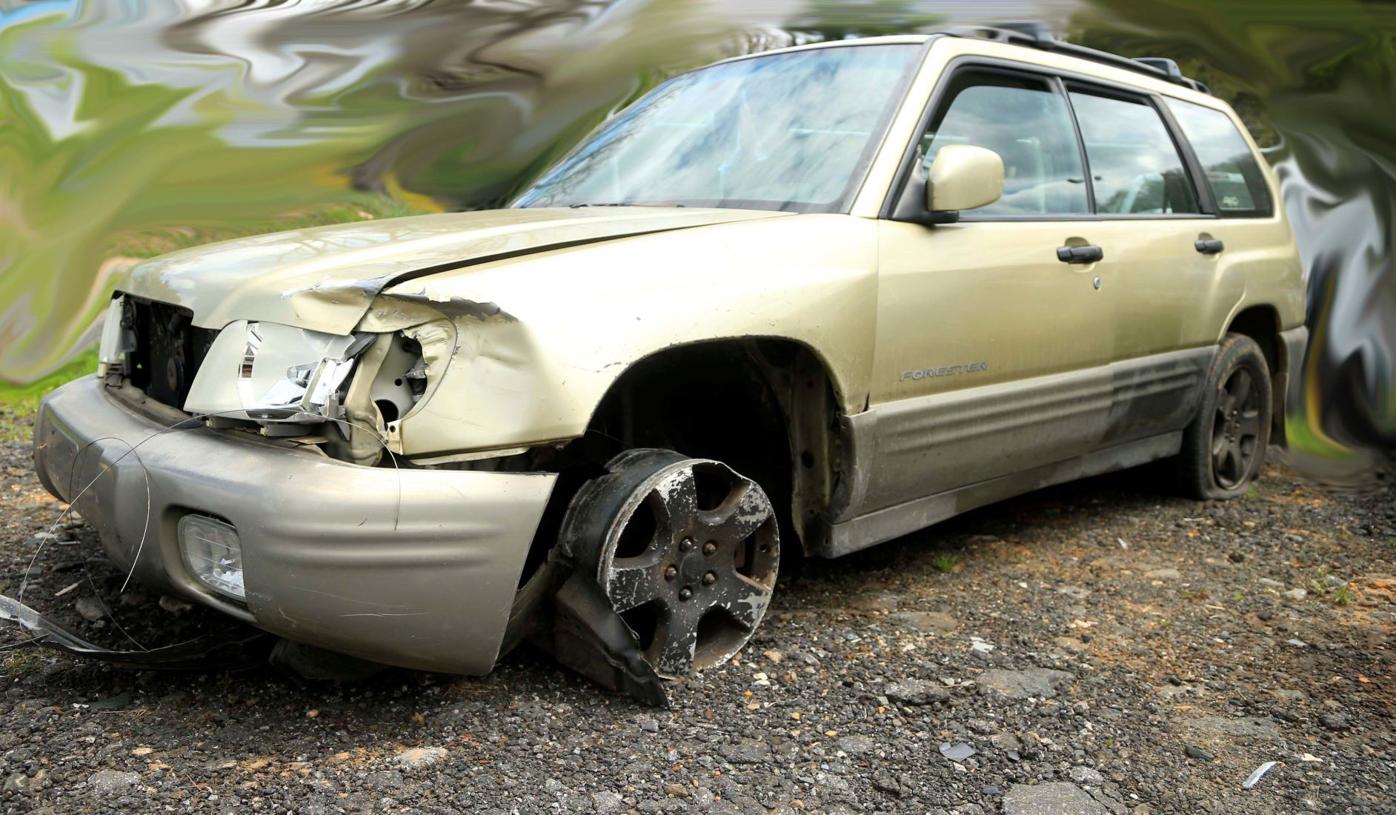 The aftermath of Scism’s car chase.

Jeremy Arlee Scism was arrested on April 27 for fleeing and eluding arrest with a motor vehicle, failure to heed light and siren, aggressive driving, driving while license revoked, carrying a concealed weapon and possession of marijuana up to half-an-ounce.

The aftermath of Scism’s car chase.

JEFFERSON — Ashe County Sheriff B. Phil Howell announced the arrest of Jeremy Arlee Scism at the conclusion of a vehicle pursuit which spanned three counties and two states.

At approximately 10:15 P.M. on Tuesday, April 27, Ashe County 911 Dispatch received a call from the Johnson County (Tenn.) Sheriff’s Office advising that their agency, along with a Trooper from the Tennessee Highway Patrol, were in pursuit of a 2001 Subaru Forester traveling from Tennessee and headed into Ashe County.

The deployment of the tire deflation devices were successful in slowing and partially disabling the fleeing vehicle, however the driver continued fleeing with two flat tires. With the pursuit headed towards the more populated area of the town of West Jefferson, Chief Deputy Danny K. Houck of ACSO authorizedFrancis to attempt a vehicle disabling technique using his patrol vehicle’s push bar.

Francis made intentional contact with his push bar to the rear end of the fleeing vehicle, immediately disabling the suspect’s vehicle and bringing the chase to a safe end. Once stopped, officers from multiple agencies were able to take the driver, later identified as Jeremy A. Scism, of West Jefferson, into custody without incident or injury.

Scism’s vehicle was seized under North Carolina’s “Run & You’re Done” law with the proceeds from the eventual sale of the car going to the Ashe County Schoolboard. Additionally, investigators have requested the District Attorney’s Office to seek an indictment of Scism as an Habitual Felon Offender.

Flee/Elude Arrest with a Motor Vehicle, Fail to Heed Light and Siren, Aggressive Driving, Driving While License Revoked, Carrying a Concealed Weapon, and Possession of Marijuana up to one-half ounce.

Scisim is being held in the Ashe County Detention Center with no bond and is currently under a hold for charges pending out of Tennessee.