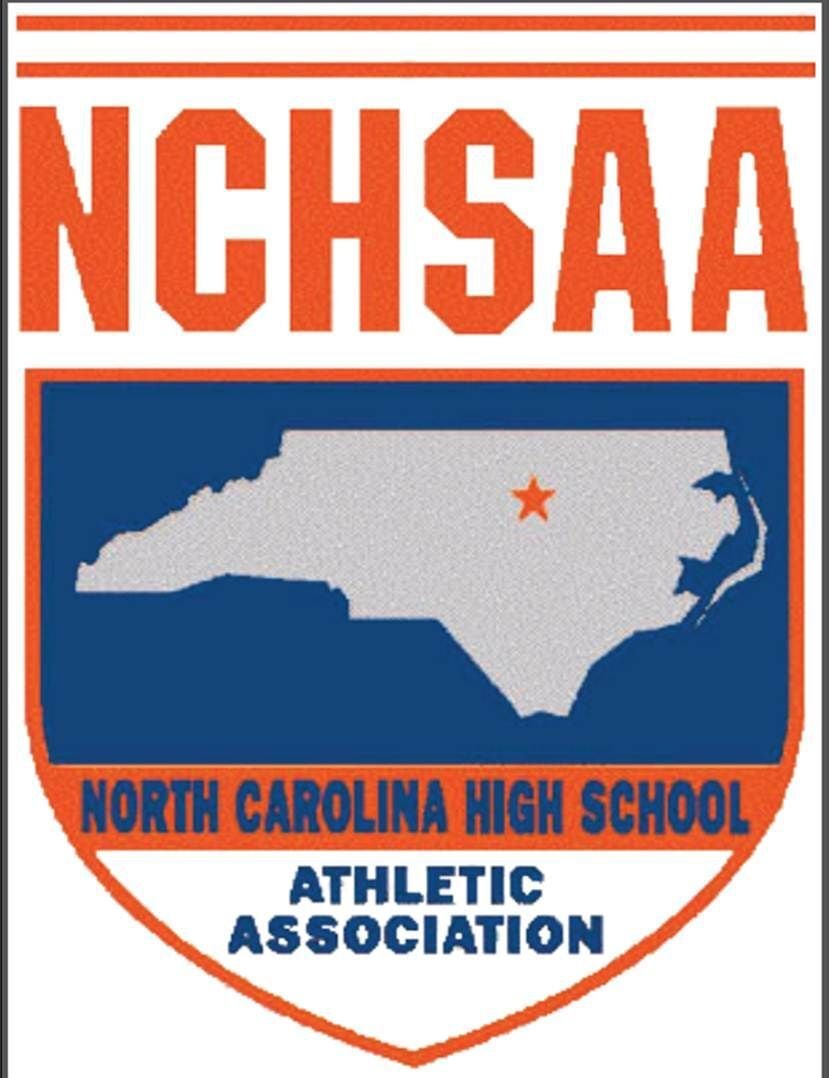 The NCHSAA announced this revised 2020-21 athletic calendar during an August 12 briefing. Highlights of the calendar include at least four fall prep sports, including football, shifted to begin practice and competition during the spring semester.

The NCHSAA announced this revised 2020-21 athletic calendar during an August 12 briefing. Highlights of the calendar include at least four fall prep sports, including football, shifted to begin practice and competition during the spring semester.

CHAPEL HILL — The North Carolina High School Athletic Association’s Board of Directors made the unprecedented decision to dramatically alter the landscape of North Carolina in light of the COVID-19 pandemic, announcing that at least four high school sports, including prep football, will be played starting with practices in mid-February and concluding in April, highlighted by a seven-week regular season slate.

“You all have been waiting patiently for a decision from the NCHSAA relative to an amended sport calendar for the 2020-2021 academic year. Please keep in mind that these proposed dates are dependent on COVID-19 conditions improving across NC. However, last night (Aug. 11) the Board of Directors approved a framework we believe maximizes the opportunities for students in our membership to participate in athletics at some point during this school year, regardless of what plan is a school and/or school system operates,” NCHSAA Commissioner Que Tucker said in a statement on Wednesday, Aug. 12. “The NCHSAA Board approved an amended calendar for the 2020-2021 school year in a special called meeting for this purpose.”

According to Tucker, the calendar was a collaborative effort between NCHSAA Staff, Board of Directors and various committees, such as the city and county Athletic Directors, Sports Medicine Advisory Committee and the Sports Ad Hoc Committee.

“There is still much work to be done on the details of implementing athletic programs and contests during this pandemic, but we thank these committees and individuals for their hard work to bring us to this point,” Tucker noted. “We recognize that this is a lot of information to digest and drastically different from the way the sport calendar has been aligned for years in North Carolina. However, as we mentioned many weeks ago, we will play again. In that mantra we believe, and it is in that spirit that we present this calendar. It is the belief of the Board of Directors and our staff that this calendar provides us the greatest chance of providing interscholastic athletic opportunities to the students of the NCHSAA for the 2020-2021 academic year. We believe that this is the best path forward to a safe return to the field.”

In addition to football’s shift, the NCHSAA moved playing of boys soccer to begin in January, with girls tennis and girls golf moved from fall to spring and wrestling pushed from November to beginning its season next April.

“Our decision-making process has been careful and calculated, as we work to ensure the health and safety of all student-athletes, coaches and administrators during this unprecedented time. There is still much work to be done in regard to playoff formats, COVID-19 related rules modifications for numerous sports, securing potential playoff facilities and providing the safest possible regular season opportunities for student athletes,” Tucker said. “We are committed to that work and will continue to lead and govern interscholastic athletic programs across this state that support and enrich the educational experience provided by our member schools in such a manner to maintain the standards of excellence that the NCHSAA has become known for.”

For Ashe County High School Athletic Director David Koontz, the calendar’s announcement gives a base for planning, but nothing is set in stone.

“I’m excited that we’ve got a calendar now to plan for that is providing a season for every sport, except for indoor track,” Koontz said, adding the NCHSAA’s decision to remove indoor track was due to the similarities between it and outdoor track, as well as the social distancing nightmare that would have been meets. “I’m encouraged that we have dates now, we kind of know where we are at and we’re going to start planning, figuring this thing out.”

Some sports are now sharing time with other sports they normally would not have, such as women’s golf and soccer or baseball and wrestling, students who have played multiple sports in different seasons may now have to choose between them when the time comes.

“I don’t want a kid to feel torn. I want a kid to be able to make a decision on that and I think the keyword on that is going to be ‘flexibility,’” Koontz said. “That’s something that we’re going to need to look at. The first priority though is making sure we’re following the guidelines. I’m expecting more information to come, they didn’t mention playoffs, but they did mention they are looking at that and still want to have playoffs. That will be important to know as we move forward.”

Koontz said it was also important to remember that due to the current climate, nothing is set in stone and the pandemic can change the situation in an instant.

“Honestly, I was a little surprised there were things starting before Christmas. My prediction was that it would be similar to something Virginia put in place,” Koontz said, referring to the Virginia High School League’s decision to not begin practices for any sport until Dec. 14, and no contests until Dec. 28. “We’re going to look at volleyball, cross country and swimming, those are the first three that are starting, we need to figure those out first and go from there.”

Something else still needing to be planned for is the potential of crowds in attendance at games. Koontz said he has already spoken to ACHS Husky Vanguard Marching Band Director Paula Carlton, saying there is no certainty about how social distancing or potential new guidelines will affect everything around contests.

This is a developing story. Click to www.ashepostandtimes.com for additional updates.