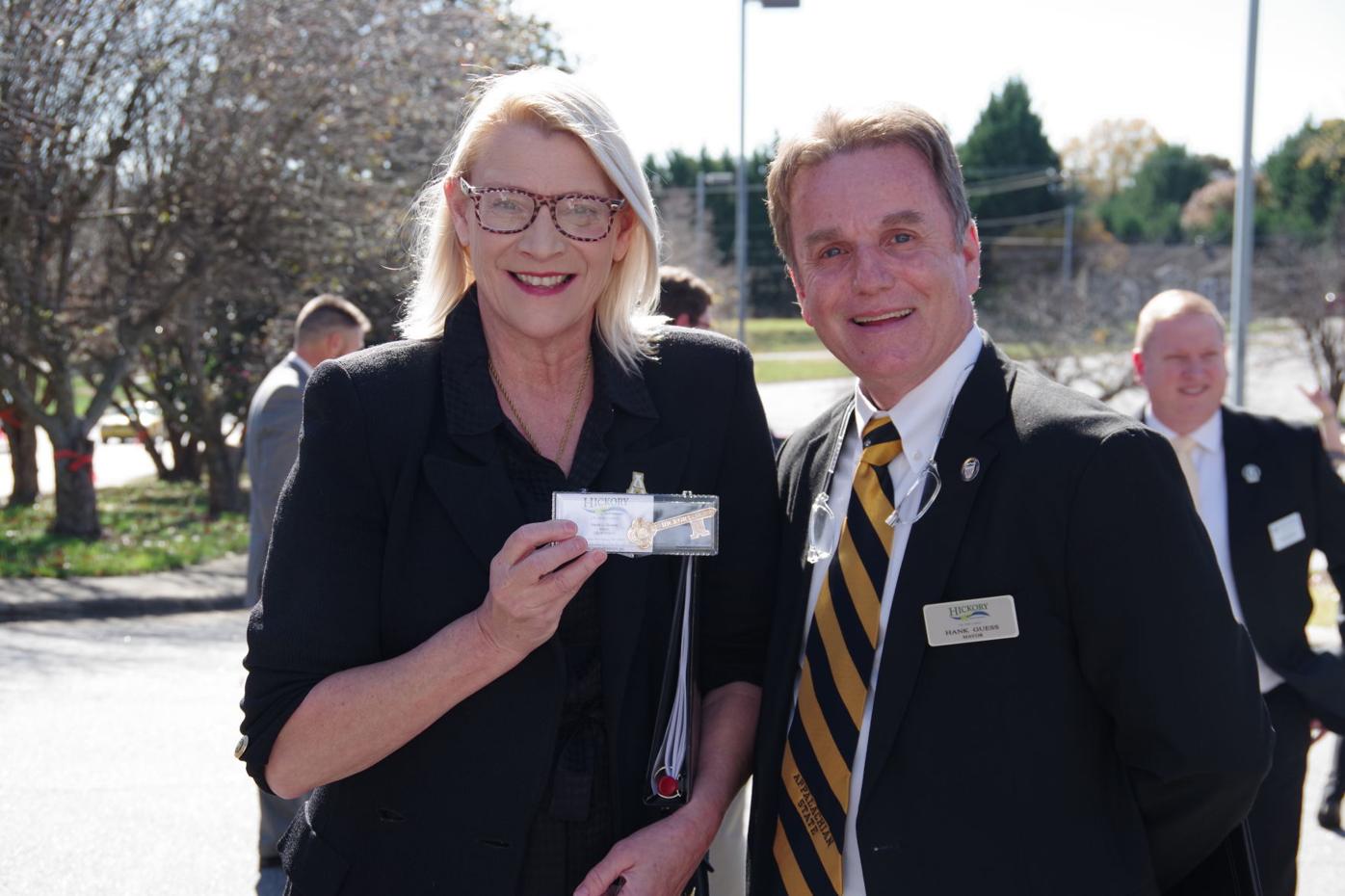 Mayor of Hickory Hank Guess presented Chancellor Sheri Everts with a key to the city at a Nov. 19 event. 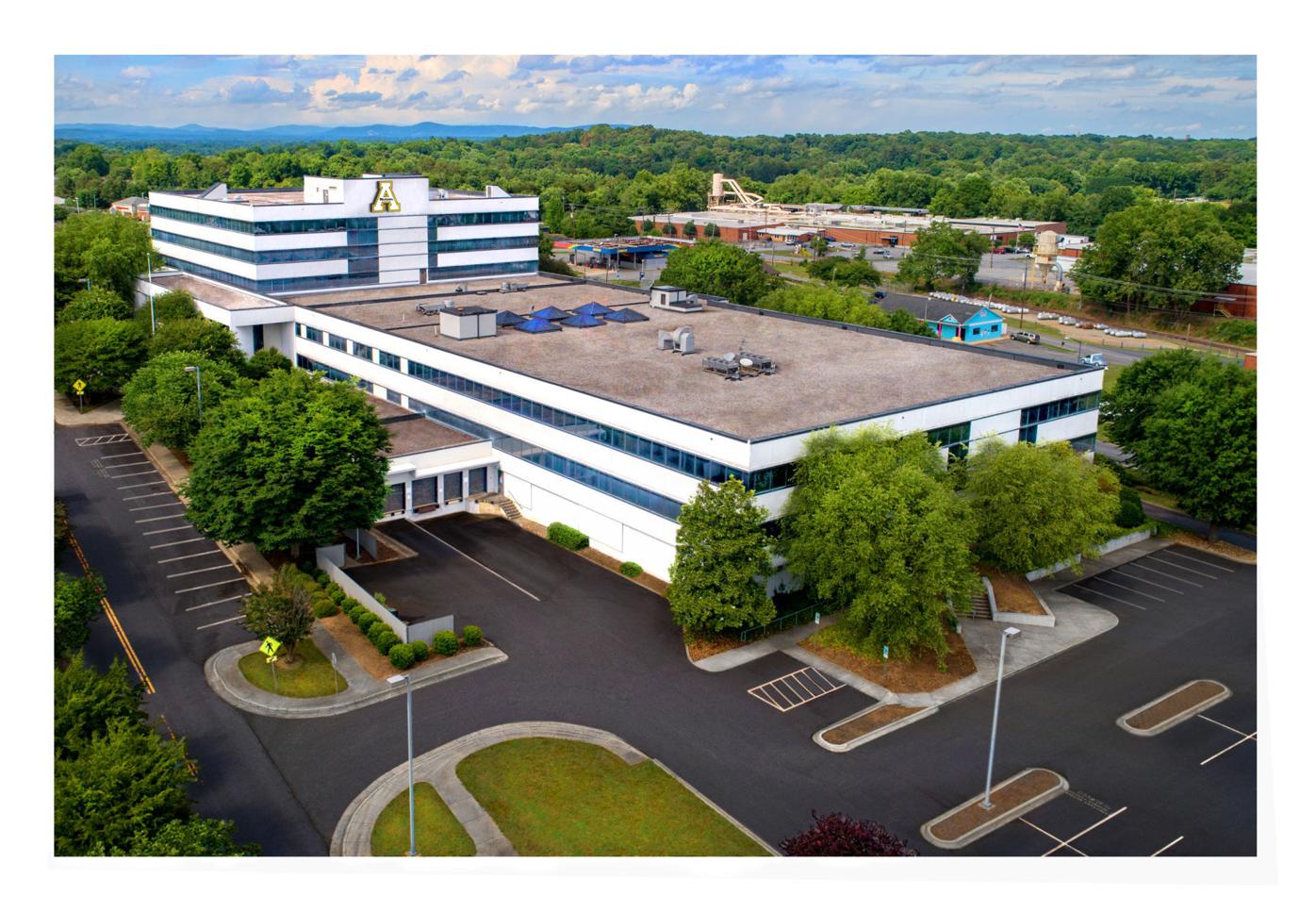 This concept art provides an aerial view of the former Corning Optical Communications building in Hickory, NC, which App State purchased on Nov. 19, 2021. The five-story, 225,800-square-foot facility is the largest in App State’s buildings portfolio and will be home to the App State Hickory Campus. 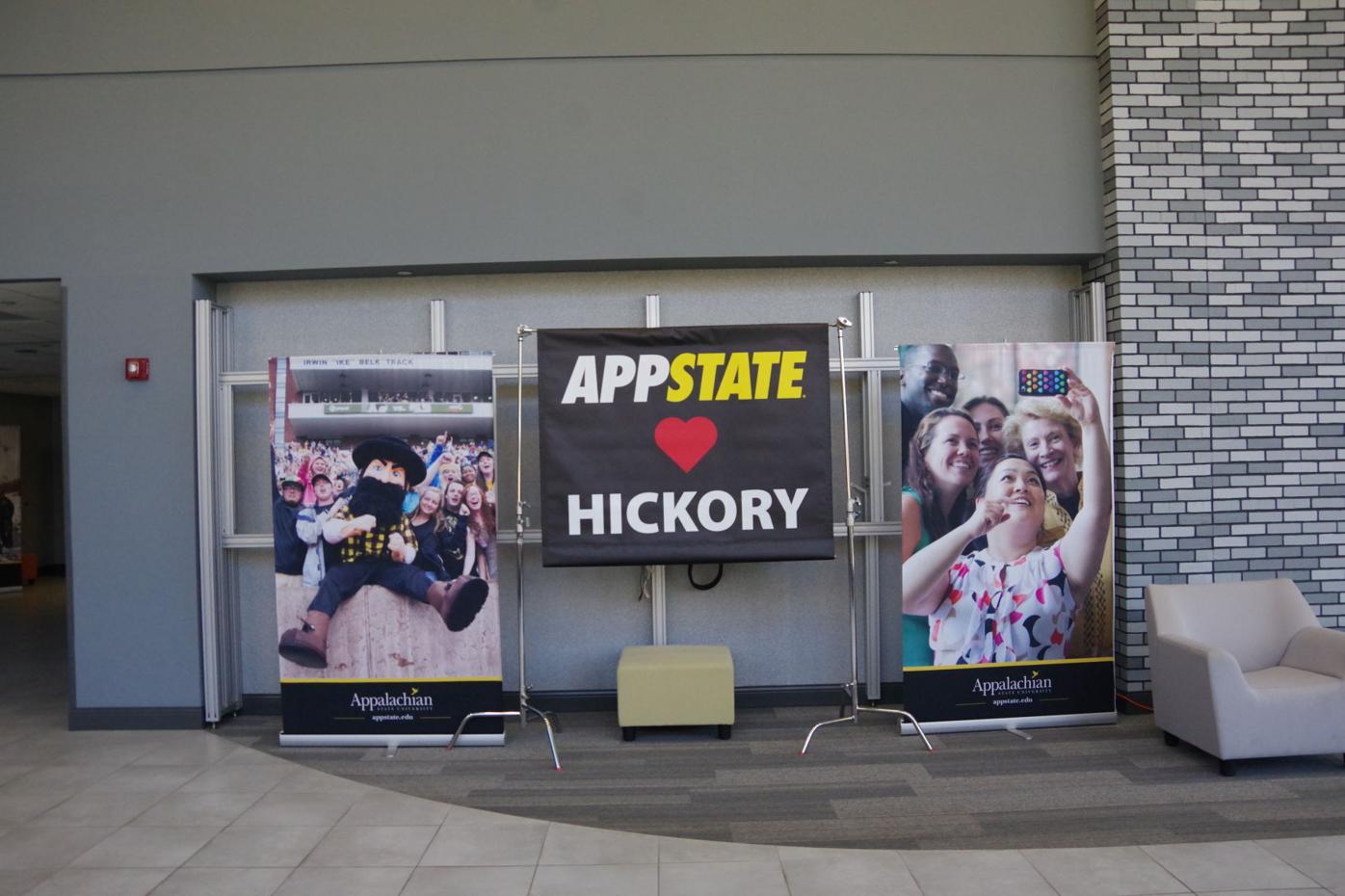 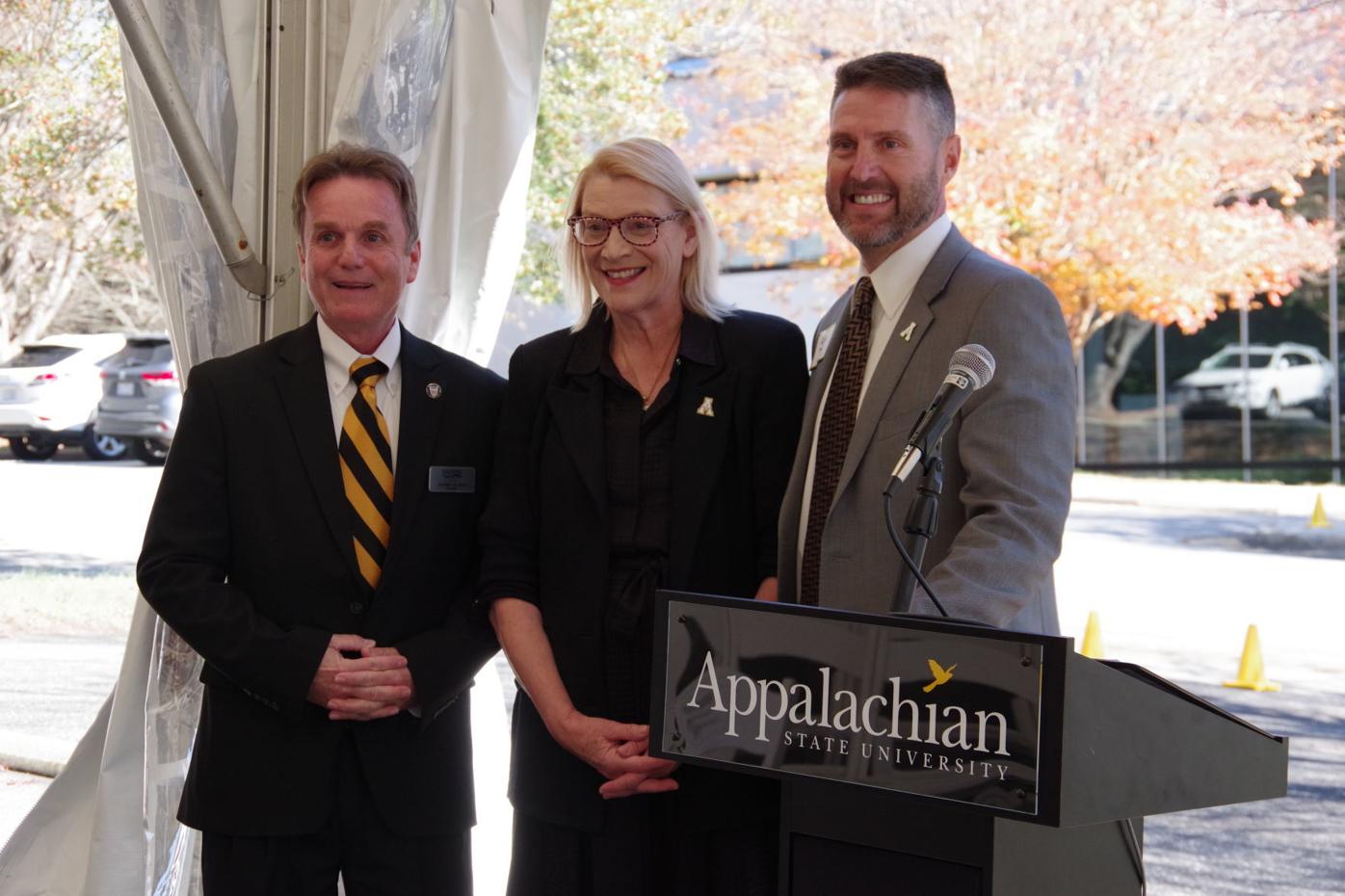 Mayor of Hickory Hank Guess presented Chancellor Sheri Everts with a key to the city at a Nov. 19 event.

This concept art provides an aerial view of the former Corning Optical Communications building in Hickory, NC, which App State purchased on Nov. 19, 2021. The five-story, 225,800-square-foot facility is the largest in App State’s buildings portfolio and will be home to the App State Hickory Campus.

“For those who want an App State education but choose to live and work in the Hickory area; for those who may have begun but not completed their undergraduate degrees — App State is here for you,” App State Chancellor Sheri Everts said at the Nov. 19 announcement event.

According to the university, the five-story building — at 225,800 square feet — is larger than any building on App State’s Boone campus, including the 203,000-square-foot Leon Levine Hall of Health Sciences. The building sits on 15.7 acres of land and includes large open spaces, a cafeteria and nearly 700 parking spaces.

App State deans toured the building with Provost Heather Norris and Everts the morning of Nov. 19. Everts said they have already begun discussing the possibilities for academic programs that can be offered here, which are not yet determined.

“I wish the rest of you could have heard their response,” Everts said at an event announcing the campus location. “They were all so excited about space. That’s something we don’t have a great deal of on our Boone campus.”

Until Nov. 19, Everts said Hickory was the largest largest metropolitan area in North Carolina that did not have a major public university campus.

“We are extremely excited — we’re ecstatic — today that Appalachian State University is expanding its presence in Hickory and taking advantage of the former Corning headquarters building to increase educational opportunities in Hickory and to equip our workforce with the skills needed to meet the demands of today’s employers,” said Hank Guess, mayor of Hickory.

“This announcement today is another great example of our growth and momentum that we are experiencing here in Hickory as we move forward with our revitalization plans and continue our region’s focus on training and equipping a talented local workforce to serve the growing number of businesses and industries in our community,” Guess aid. “The City of Hickory appreciates Appalachian State’s commitment to empowering human potential through education.”

Scott Millar, president of Catawba County Economic Development Corporation, said the building will be come an iconic facility for the commitment for the region, county and region.

“It becomes another one of those impressive commitments to education that are already within this region,” Millar said.

Millar also thanked Everts and App State others for “seeing and understanding” the future of education and economic development needs in the community and acting on them.

Also in attendance at the Nov. 19 event were state representatives — including Sen. Deanna Ballard (R) and Rep. Ray Pickett (R) — as well as App State Board of Trustee members and members of the chancellors cabinet.

The future App State Hickory Campus has frontage along Hwy 321 and is located less than two miles away from the Hickory Regional Airport and four miles away from Interstate 40. It is also close to downtown Hickory as well as two regional hospitals.

“Our future campus in Hickory will allow us to continue to fulfill the mission we have had since 1899 — to increase access to education,” Everts said in a message to the university community. “We look forward to offering new educational avenues for the more than 371,000 people who live in the Hickory-Lenoir-Morganton metro area, and to contributing to the Greater Hickory community. I am especially appreciative of the overwhelming support we have received from local leaders and government officials.”

More information on when the campus will open as well as what programs will he housed there will be announced at a later date.