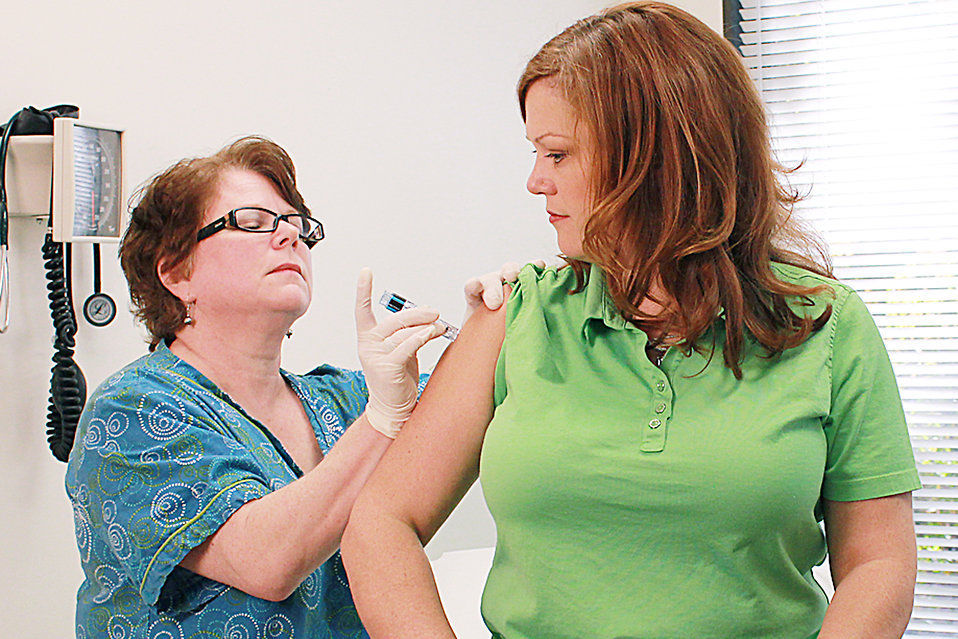 Annual immunization with the flu vaccine is recommended by medical professionals to all individuals six months of age and older. Those with chronic medical conditions, including diabetes, congestive heart failure and emphysema are especially urged to receive the vaccine. 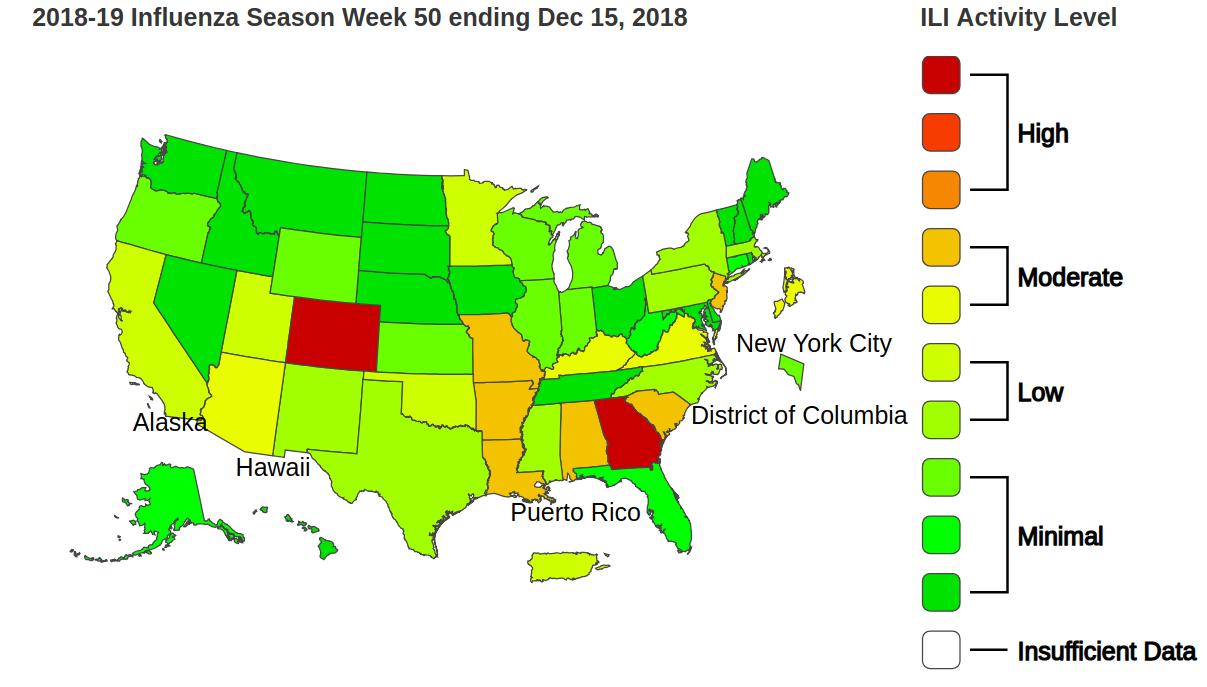 A map showing the activity levels of the influenza virus as of Dec. 15.

Annual immunization with the flu vaccine is recommended by medical professionals to all individuals six months of age and older. Those with chronic medical conditions, including diabetes, congestive heart failure and emphysema are especially urged to receive the vaccine.

A map showing the activity levels of the influenza virus as of Dec. 15.

BOONE — Influenza has been on a steady rise ahead of the standard peak season in January and February, although nothing is for certain until more data comes in.

According to the North Carolina Department of Health and Human Services, hospital trips for influenza-like illness rose to 1.99 percent of all hospital visits by the week ending Dec. 22, according to the latest flu report made public as of Dec. 27.

“Flu season is going as expected, we usually pick up activity this time of year,” said Anita Valiani, influenza epidemiologist with N.C. DHHS. “(Dec. 22) is the first week we went to widespread activity.”

The 2017-18 flu season saw a peak of 11 percent of all North Carolina hospital visits being flu-related in early February 2018. January and February typically see a rise in flu activity, but sometimes peaks come at different times of the year, Valiani said, such as the 2009 H1N1 epidemic that peaked in April and May.

According to the DHHS, region five, which goes from Watauga County east to Caswell, Guilford, Montgomery and Randolph counties, has the fourth-highest percentage of total visits related to the flu in the state out of the seven counties, going up from 5 percent to 6 percent in December alone, with a peak of 6.5 percent on Dec. 15.

Valiani said flu is considered widespread in eastern North Carolina, which has the highest percentage of hospital visits due to the flu.

“Sometimes, flu activity picks up in the west, moves east and sometimes it’s east and moves west,” Valiani said. “It’s too early to tell for sure.”

While no single geographic feature makes one area more susceptible to the flu over another, Vailiani said, an area with frequent tourists like the High Country can spread influenza quicker.

“A lot of people like to travel this time of year, and that just means to protect yourself,” Valiani said. “The unique thing about Western North Carolina is that people like to come out and see the snow.”

As of the week ending Dec. 22, influenza activity was considered “low” in North Carolina, according to the CDC, but Virginia was “moderate,” and Georgia and South Carolina along with Colorado and New Mexico were has high fly activity.

According to Joe Thore of Ashe Memorial Hospital, since Dec. 1, the hospital has diagnosed four positive cases of influenza, which he said is normal for this time of year.

The influenza virus comes in several different forms, differentiated by the number of proteins contained in the virus. Currently, the most diagnosed strain is influenza A with an unknown subtype. The 2009 H1N1 outbreak, more commonly known as swine flu, was the first influenza pandemic in more than 40 years due to being a new strain that was not protected by flu vaccines at the time.

“In the United States, flu viruses are most common during the fall and winter months,” the CDC stated. “Influenza activity often begins to increase in October and November. Most of the time flu activity peaks between December and February, and it can last as late as May.”