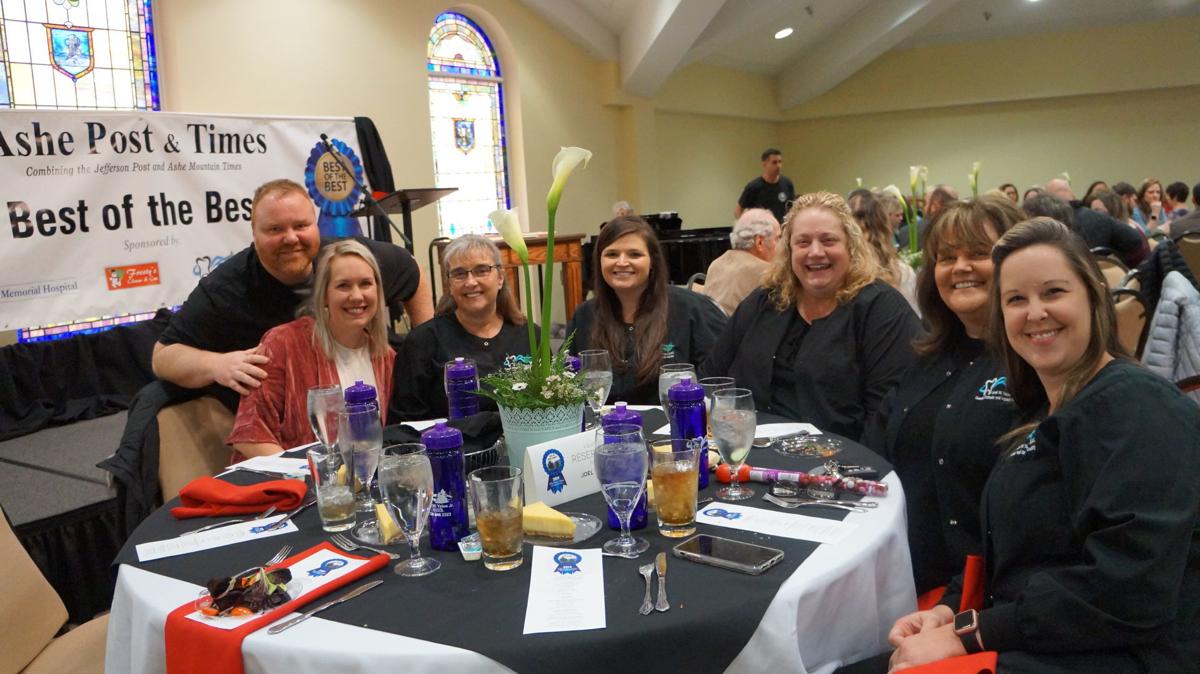 Joel Yates General Dentistry employees enjoy the festivities at the ‘Best of the Best’ awards luncheon on Jan. 27. The business served as one of the sponsors for the event. From left: Dr. Joel Yates, Kate Yates, Helen Holt, Amanda Kirby, Sarah Berth, Pamela Bard and Amanda Pritchard. 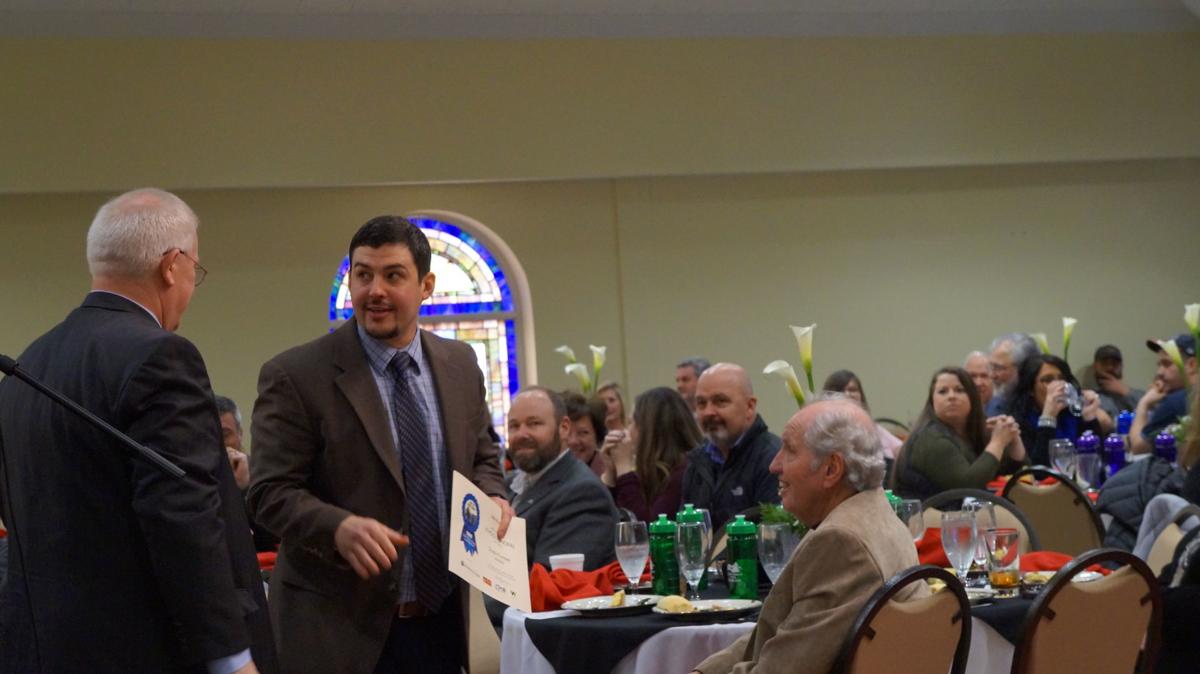 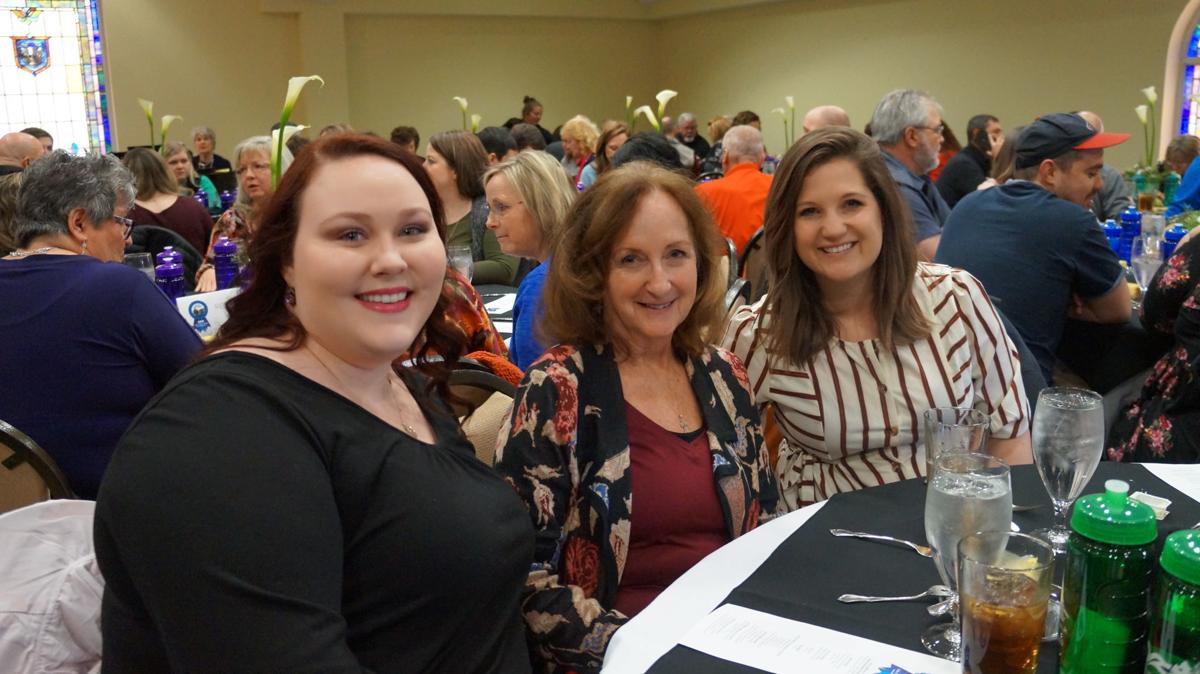 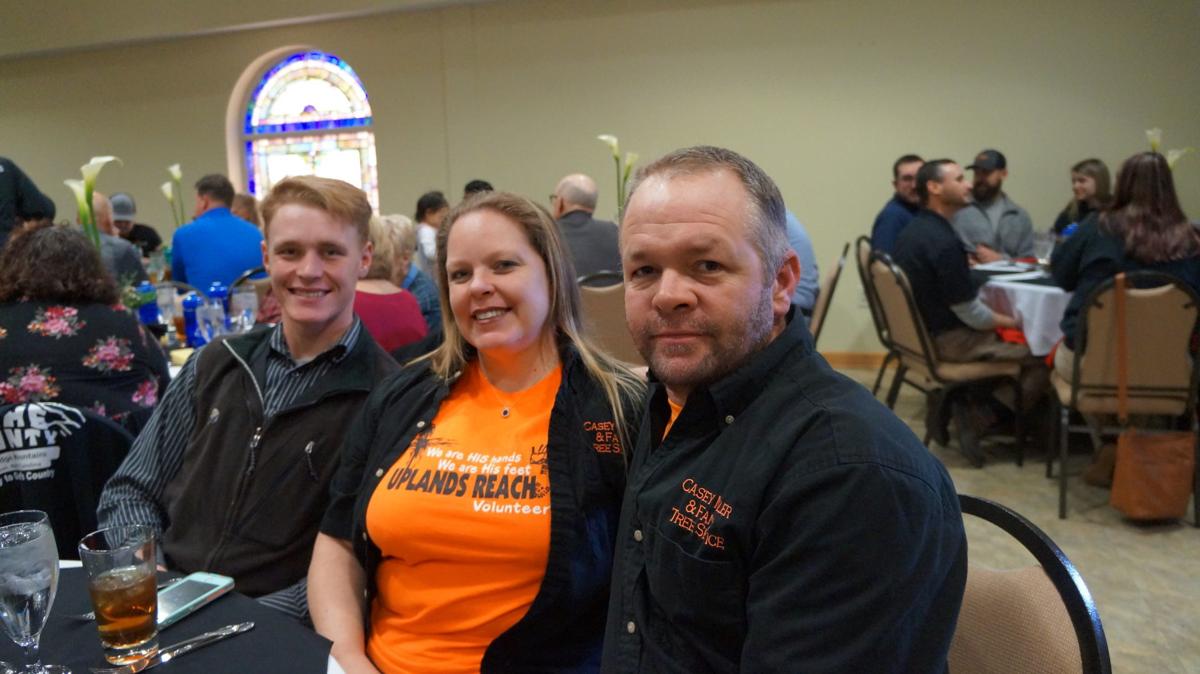 From left, Harley, Misty and Casey Miller. The family was excited to take home the award for best tree service again this year.

Joel Yates General Dentistry employees enjoy the festivities at the ‘Best of the Best’ awards luncheon on Jan. 27. The business served as one of the sponsors for the event. From left: Dr. Joel Yates, Kate Yates, Helen Holt, Amanda Kirby, Sarah Berth, Pamela Bard and Amanda Pritchard.

From left, Harley, Misty and Casey Miller. The family was excited to take home the award for best tree service again this year.

The Ashe Post & Times hosted its sixth annual luncheon and awards ceremony, “The Best In Ashe County,” on Jan. 27 in Hensley Hall at West Jefferson United Methodist Church. The votes were in and after weeks of preparation, the businesses who came out at the top of their prospective categories made their way down the red carpet to receive their certificate.

Crystal Coldiron Miller, the manager of Bohemia Café & Gallery, was selected as this year’s speaker.

During her speech, Miller touched on the importance of the community and what it means to her. She also spoke of her passion for making others feel welcome and how much she enjoys getting to know her customers at Bohemia.

“I am very honored to have been elected as an alder member of West Jefferson. I strive to be the voice of the community. I’m available, I want to hear concerns and input. And I want to make our community, which I consider my family the best place to live, to work, to raise our babies. And I want to serve those who have given me such a sense of a community,” Miller said.

While awards were being presented and speakers were addressing the crowd, all guests enjoyed a lunch catered by Boondocks Brewing Tap Room & Brewing.

Boondocks was also a big winner at the ceremony, taking the prize for best bar as well as best lunch and dinner restaurant. One of their waitresses, Hannah Frink, also received the award for best waitress in the county.

The event honored those from a wide range of specialities, from best cosmetologist to best snow removal business.

Some of the most notable awards given out during the event went to Dustin Farmer for best principal, Todd McNeill for best politician and the town of Lansing for best town.

“It was great seeing the advertisers be recognized for the great job they do in the community. It was a sold-out event and we were grateful that the weather held up for it,” said Ashe Post & Times General Manager Teresa Laws.

For those who were unable to make it to the event, it is scheduled to air locally on SkyZhone HD channel 1 on Feb. 1.

Sorry, there are no recent results for popular images.