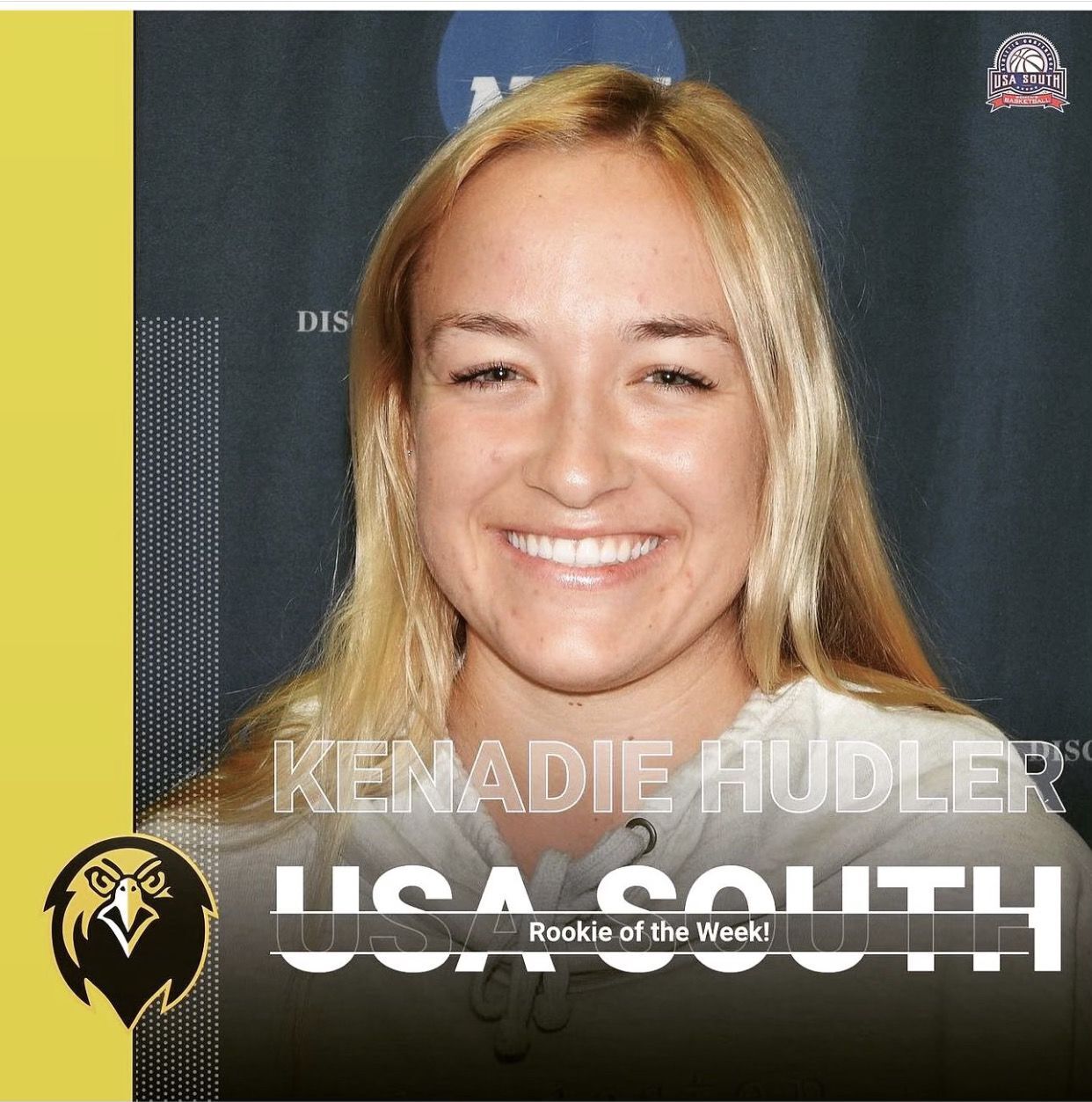 Kenadie Hudler has been named Rookie of the Week at Pfeiffer University. 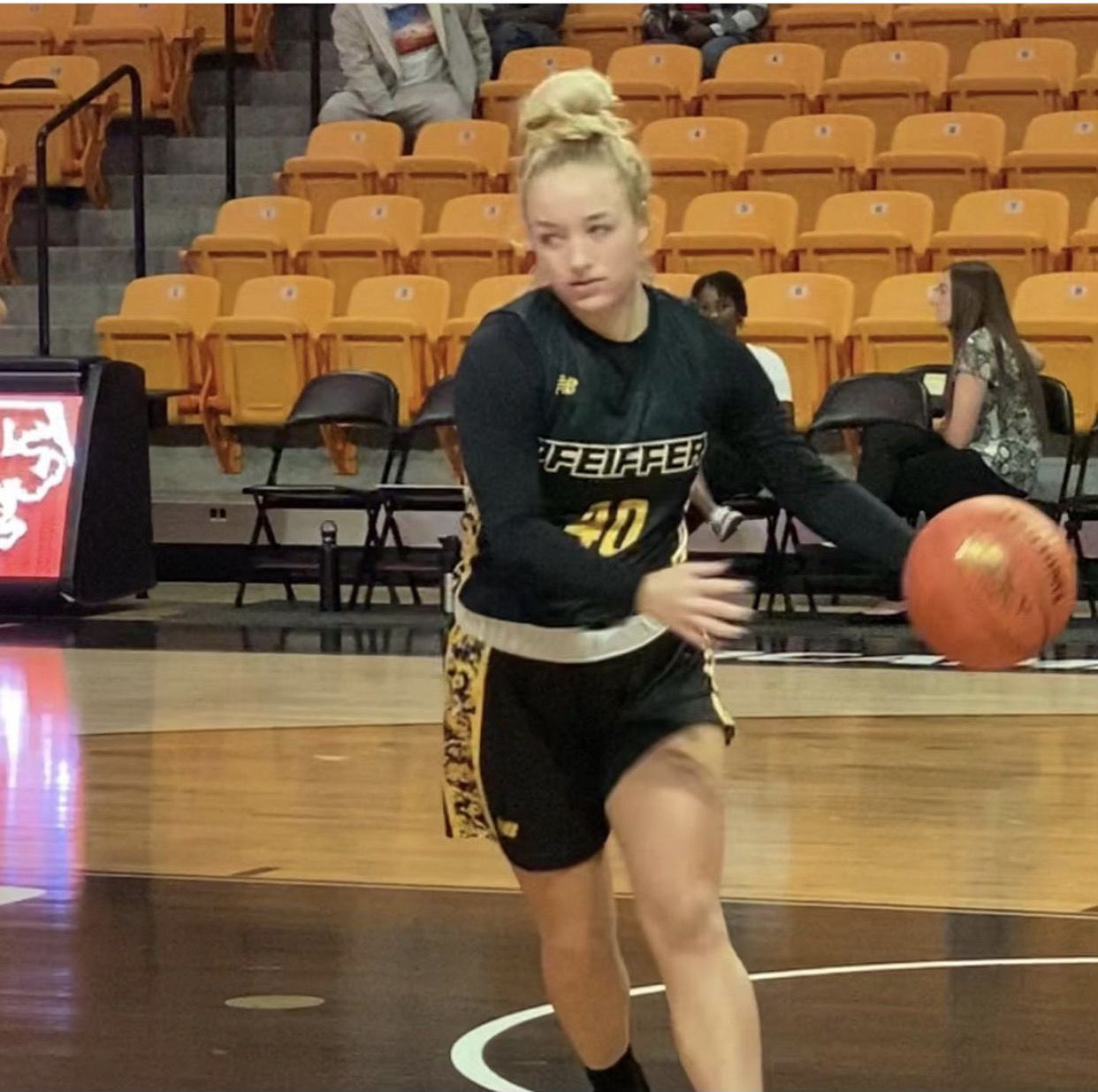 Hudler, a former ACHS Husky, signed to Pfeiffer University before her first semester of college. 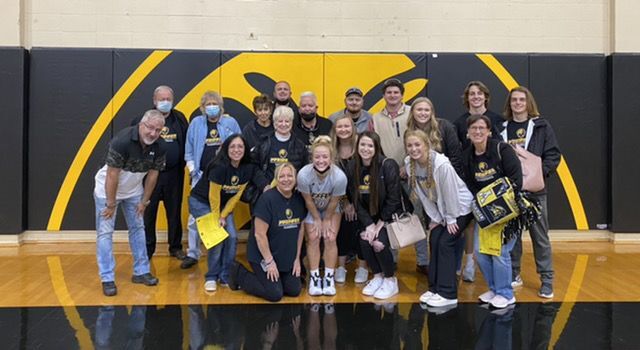 Kenadie Hudler smiles along with her family and friends after playing in one of her basketball games at Pfeiffer.

Kenadie Hudler has been named Rookie of the Week at Pfeiffer University.

Hudler, a former ACHS Husky, signed to Pfeiffer University before her first semester of college.

Kenadie Hudler smiles along with her family and friends after playing in one of her basketball games at Pfeiffer.

MISENHEIMER — The Pfeiffer University Women’s basketball team opened up their season with a 67 – 76 win over Hollins University on Saturday, Nov. 6 at a home game in Misenheimer, NC.

Freshman shooting guard, Kenadie Hudler from Jefferson made her Ashe County fans proud as she made her way on to the court Saturday in her first collegiate game. Hudler was picked earlier in the week as part of the top 15 by Pfeiffer head coach Tooey Loy which landed her a spot on the travel team as well as playing time. Hudler definitely showed up to play using her three-point shot as a weapon.

Hudler scored five 3-pointers from long range in the game against Hollins along with two rebounds and a steal. Hudler’s Teammate, Senior Brina Bentley was the top scorer in the game with 16 points. Hudler being second highest with 15 points.

Hudler was picked by the USA South as the rookie of the week with her performance during the season opener.

Pfeiffer Coach Loy is very excited about his team this year and said that “This team has a really good chance of making it to the DIII NCAA tournament. Hudler had many of her family and friends there to support her for Saturday’s game, and looks forward to seeing them all back in he stands for more games,” he said. Hudler said that “Pfeiffer University continues to prove that this is really where I am meant to be. My teammates and coaches have shown nothing but love and respect for me from the very beginning. I feel blessed to have such a great basketball family here at Pfeiffer University. I give God all the glory and praise for the door he has opened for me”.

Hudler is majoring in Nursing and minoring in Psychology at Pfeiffer University. Continued success to Hudler as she excels in the game she loves.

The game schedule can be viewed online at Pfeiffer University Women’s basketball.