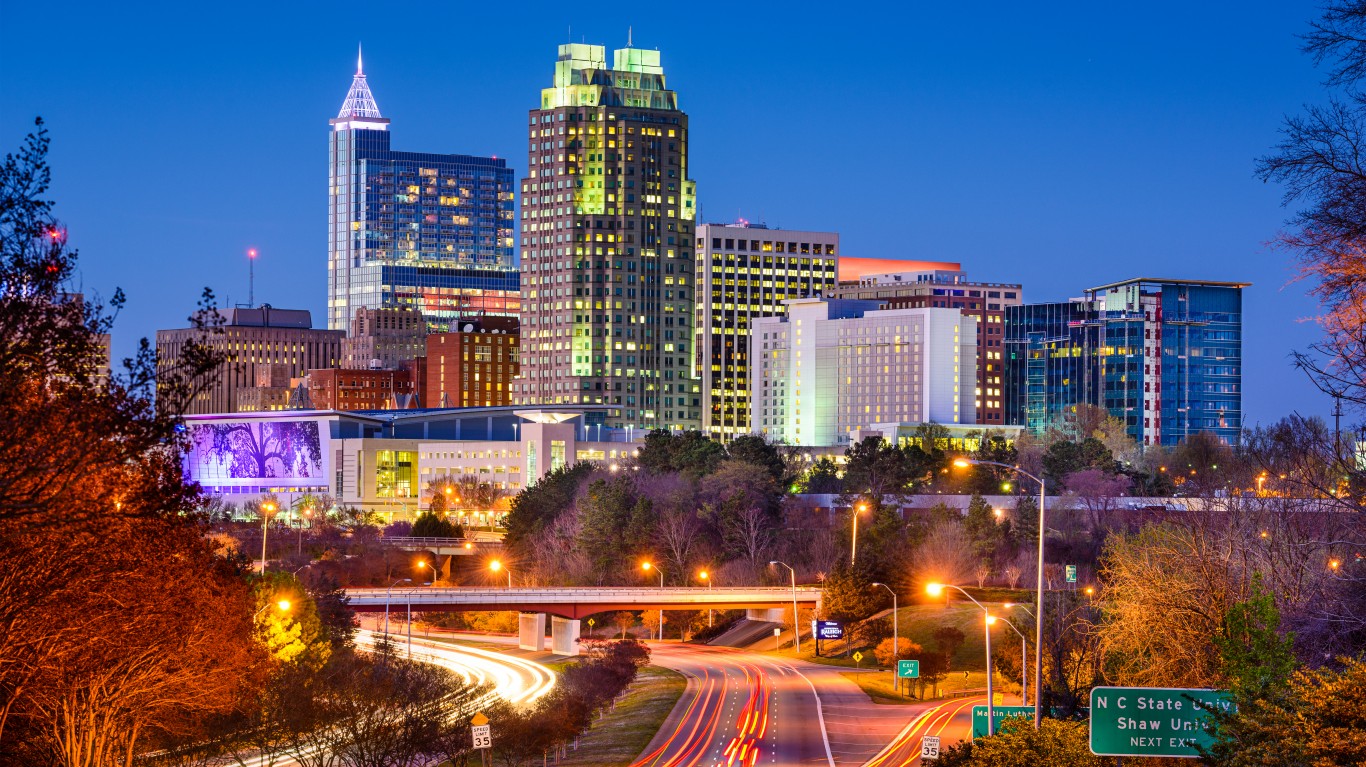 Homicides are rising at a record pace in the United States. According to a recent FBI report, there were a total of 21,570 murders committed in 2020, the most of any year in the last two and a half decades and up nearly 30% from 2019 -- the largest annual increase on record.

The spike in homicides came during a tumultuous year. The COVID-19 pandemic shut down schools and left millions of Americans out of work. Footage of the murder of George Floyd by a Minneapolis police officer rattled confidence in American law enforcement and sparked nationwide protests. Firearms sales soared, and tens of millions of new guns proliferated across communities nationwide. Here is a look at the states where gun sales are surging.

Some experts speculate that each of these factors likely played a role in rising homicide rates nationwide. While it may be years before the precise causal factors are identified, many U.S. cities are bearing the brunt of the rash of deadly violence. In metropolitan areas across the country, the increase in homicides last year eclipsed the national surge -- in some cases, many times over.

As in many other American cities, the rise in homicide cases is occurring alongside rising gun violence -- a trend that shows no signs of slowing so far in 2021. As of mid-September 2021, there were 600 crimes involving guns in Raleigh proper alone, up from 491 over the same period in 2020 and 480 in 2019.

All data in this story is at the metro area level from the FBI. Only metro areas with populations of at least 250,000 residents and at least one homicide in 2019 were considered.

This article originally ran on 247wallst.com.