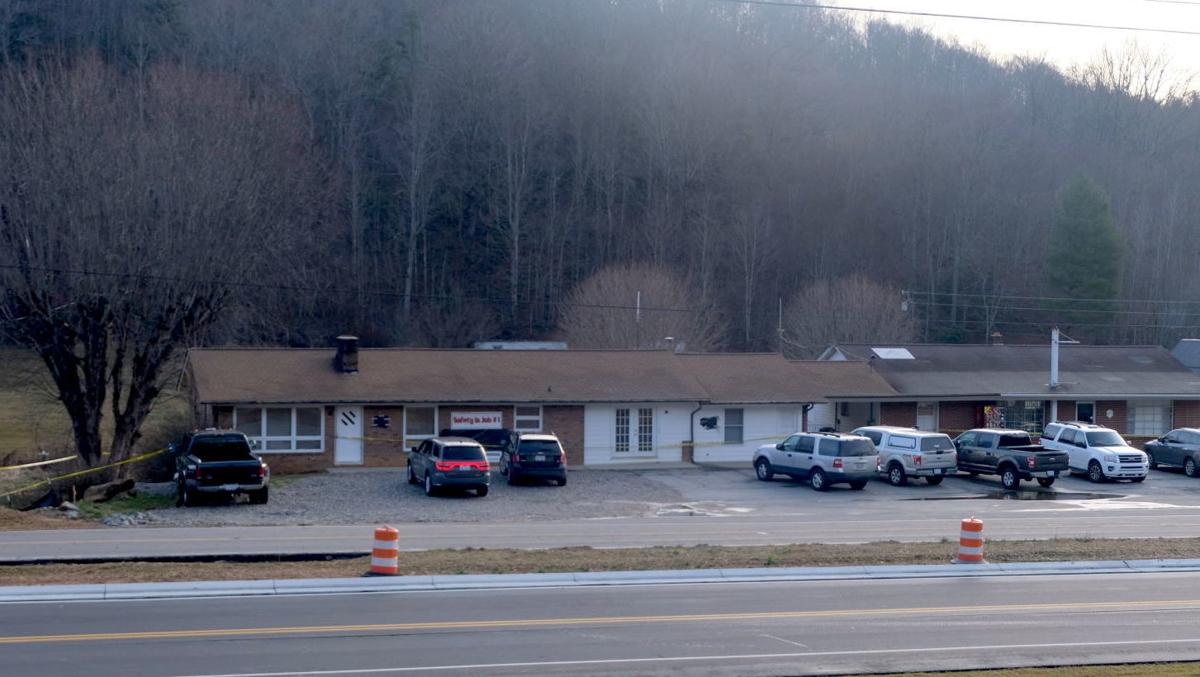 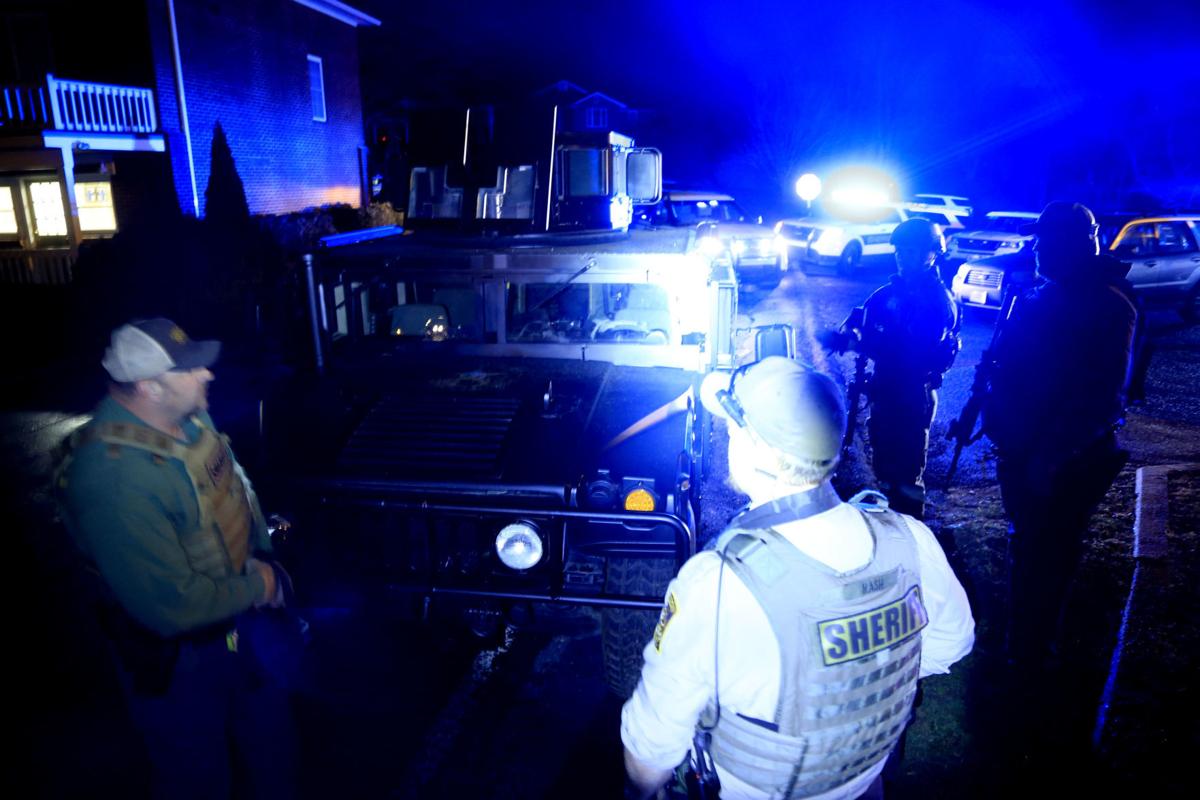 Law enforcement personnel at the standoff which began at 6 p.m. Wednesday, Jan. 15. 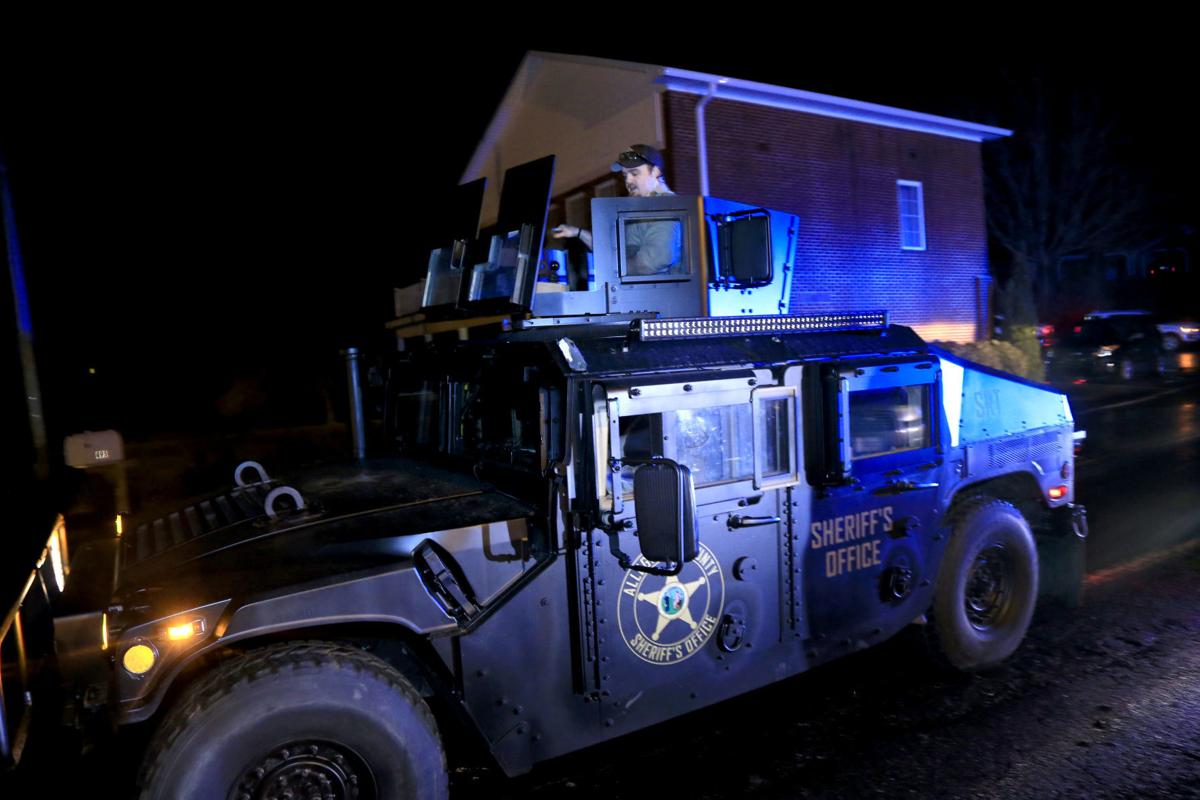 An armored vehicle from the Alleghany County Sheriff’s Office, part of the team involved with the standoff, responds to the Fleetwood scene on Jan. 15. 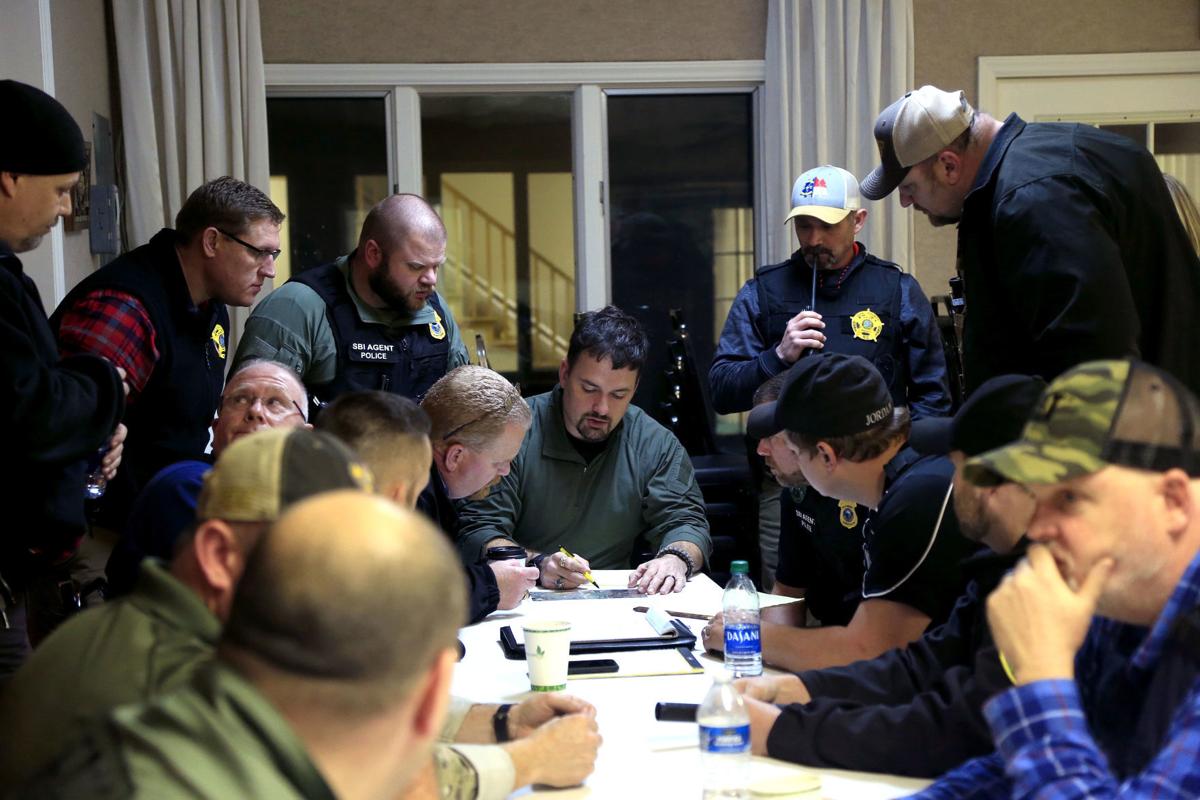 Ashe County Sheriff B. Phil Howell works with members of law enforcement during the standoff with an armed suspect on Jan. 15.

Law enforcement personnel at the standoff which began at 6 p.m. Wednesday, Jan. 15.

An armored vehicle from the Alleghany County Sheriff’s Office, part of the team involved with the standoff, responds to the Fleetwood scene on Jan. 15.

Ashe County Sheriff B. Phil Howell works with members of law enforcement during the standoff with an armed suspect on Jan. 15.

FLEETWOOD — A standoff with law enforcement officers ended with a suspect's fatality after eight hours Thursday, Jan. 16, near Fleetwood.

According to the Ashe County Sheriff's Office, the office received a call at 6 p.m. Wednesday, Jan. 15, relating to a welfare check at 6259 U.S. Highway 221. A press release from the ACSO later stated that during that check, deputies were shot at multiple times by a man inside a camper, and, "phone calls and communication from the suspect indicated he wanted to cause harm to any law enforcement individual."

A section of U.S. 221 stretching from Water Tank Road to Vernon Roten Road was closed due to the standoff with law enforcement in the area. According to ACSO, the standoff ended with the suspect's death, around 2 a.m., with the road being reopened about a half-hour later.

"After approximately eight hours, the situation ended with a deceased male suspect located at the scene," Ashe County Sheriff B. Phil Howell said in a statement. "All officers, first responders and support personnel were unharmed even though law enforcement was fired upon multiple times during the incident."

"We immediately requested the State Bureau of Investigation to conduct (a) full investigation into the matter, which is standard procedure for the Ashe County Sheriff’s Office," Howell said.

Scanner traffic indicated that residents of multiple homes in the surrounding area were evacuated by officials during the standoff, with the assistance of armored vehicles. The dispatches also indicated that officials made contact with the man several times throughout the night and encouraged him to exit the camper peacefully, with his hands up, but that the man was "unwilling to negotiate.”

According to Watauga Sheriff Len Hagaman, the Watauga County Special Response Team — made up of the Watauga County Sheriff's Office, Boone Police and Appalachian State University Police — was among those dispatched to the scene. Hagaman said the team has multiple Watauga and Boone Police Department K-9s, an App State Police drone and paramedic and EMS tactical medical members. A bomb squad from Wilkes County was also dispatched.

Ashe Post & Times will provide updates for this story when they are made available.

Kayla Lasure and Anna Oakes contributed reporting to this article.