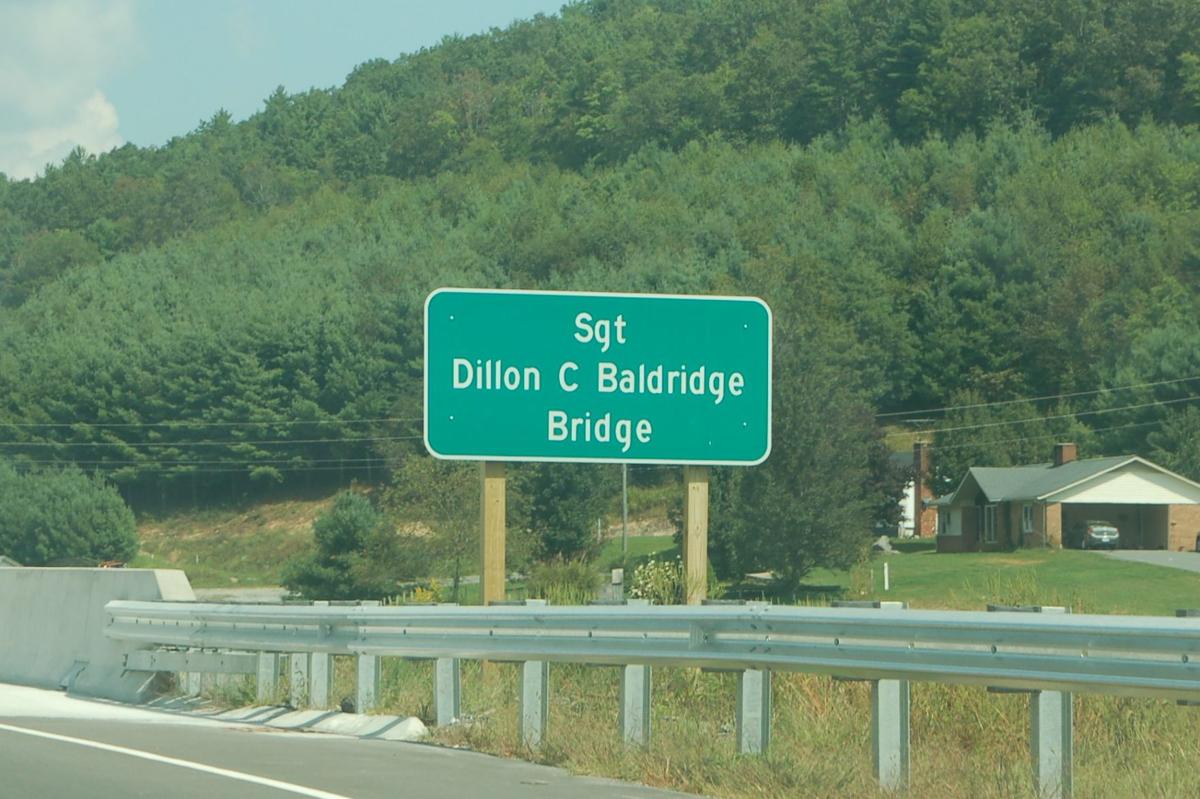 The sign for the Sgt. Dillon C. Baldridge Bridge greeted travelers who drove on the overpass in both directions on Sept. 11, the first day it was opened. 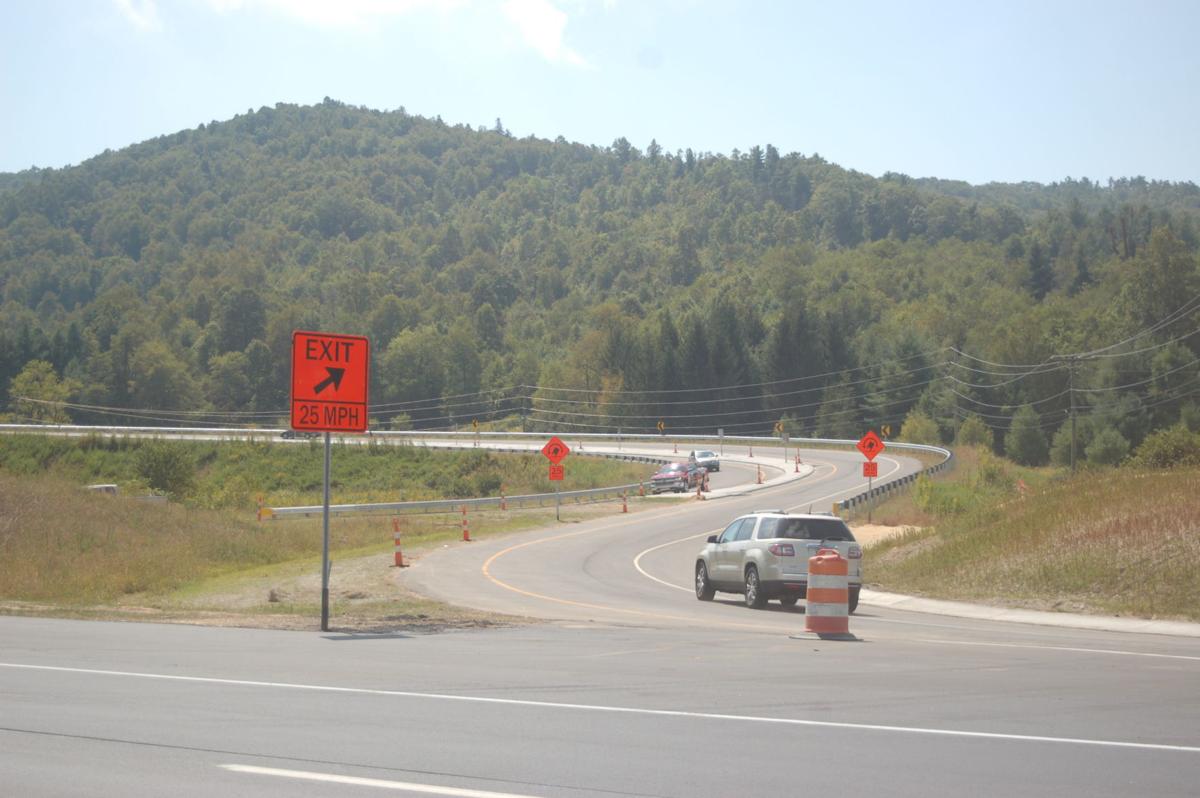 Vehicles use the ramp on U.S. 421 South to access U.S. 221 North, and vice-versa, shortly after the Baldridge Bridge was opened on Sept. 11.

The sign for the Sgt. Dillon C. Baldridge Bridge greeted travelers who drove on the overpass in both directions on Sept. 11, the first day it was opened.

Vehicles use the ramp on U.S. 421 South to access U.S. 221 North, and vice-versa, shortly after the Baldridge Bridge was opened on Sept. 11.

DEEP GAP — Drivers going east from Boone to get onto U.S. 221 North from U.S. 421 in Deep Gap will have to change their habits as the traffic ramp and overpass bridge, named after Sgt. Dillon C. Baldridge, opened to traffic around 12 p.m. on Wednesday, Sept. 11.

“Today is a big day because the interchange is a very important part of accomplishing the safety component of the purpose and need of the project — to improve safety and mobility,” Division 11 Construction Engineer Trent Beaver said in a statement, Sept. 11. “The interchange eliminates a traffic signal and separates traffic in an area that is very prone to foggy conditions.”

“It’s good to have (the Baldridge Bridge) open and be able to continue with construction,” said Ivan Dishman, district supervisor for the N.C. Department of Transportation’s Boone office. “The interchange there was a milestone to reach ... now we can concentrate to get the rest of the project finished.”

The transition is part of the ongoing $224 million U.S. 221 project, which runs 16.1 miles from Deep Gap to Jefferson.

The interchange redevelopment and widening of U.S. 221 from Deep Gap to just north of the South Fork New River, part of section A of the project, cost $46 million, according to the NCDOT’s Sept. 11 statement.

“This interchange has been a priority from the conception of the project,” Beaver said. “We are pleased to see it open today.”

Drivers heading from West Jefferson to Wilkesboro (U.S. 221 South to U.S. 421 South) will use separate lanes of the new bridge to cloverleaf onto U.S. 421 South. The only remaining movement — from West Jefferson to Boone (U.S. 221 South to U.S. 421 North) — will remain in its existing pattern until that ramp is complete later this year, according to the NCDOT. Concrete barriers prevent a left turn at the old intersection.

Dishman said the new ramp will be near where the current turn is located and said it will incorporate part of the current ramp. Interim traffic patterns will be established during the construction of the ramp, Dishman added.

“Please be aware that it may take time for commuters to become accustomed to the new flow of traffic at this intersection, so please use caution while traveling through this area,” the Watauga County Communications’ Facebook post stated.

Baldridge, a Ashe County native who lived in Youngsville, died June 10, 2017, along with two others, while taking part of Operation Freedom’s Sentinel in Afghanistan at the age of 22. The bridge was dedicated in Baldridge’s honor in June 2019.

The entire project is set for final completion in 2023. Most of the project in Watauga County has been finished, with final work in the Deep Gap area expected to be finished by 2020.

“We don’t put down the last layer of asphalt until everything else is done,” Dishman said. “There’s still quite a bit of work to get done.”