RALEIGH — A federal judge issued an order on Saturday, May 16, that temporarily halts restrictions placed as part an executive order from NC Governor Roy Cooper that bans indoor religious congregations of more than 10 people and encourages worship meetings held with social distancing “outdoors unless impossible,” including during the current Phase One of the state’s strategic reopening.

The Hon. James C. Dever III, Chief Judge of the United States District Court for the Eastern District of North Carolina, set a hearing for May 29 following a May 15 hearing with arguments presented from Solicitor General Ryan Park, representing the governor, as well as attorneys representing the plaintiffs.

The lawsuit brought against Cooper on Thursday, May 14 by plaintiffs Berean Baptist Church, People’s Baptist Church, Inc., Dr. Ronnie Baity and Return America, Inc., contends that “the assembly for religious worship provisions in Governor Cooper’s Executive Order 138 violate the Free Exercise Clause of the First Amendment by not treating religious entities and individuals equally when compared to countless non-religious entities and individuals,” according to court documents.

Cooper responded to the order through spokesperson Ford Porter in a press release, stating, “We don’t want indoor meetings to become hotspots for the virus and our health experts continue to warn that large groups sitting together inside for long periods of time are much more likely to cause the spread of COVID-19. While our office disagrees with the decision, we will not appeal, but instead urge houses of worship and their leaders to voluntarily follow public health guidance to keep their members safe.”

The full text of Judge Dever’s order is available below or can be downloaded here. 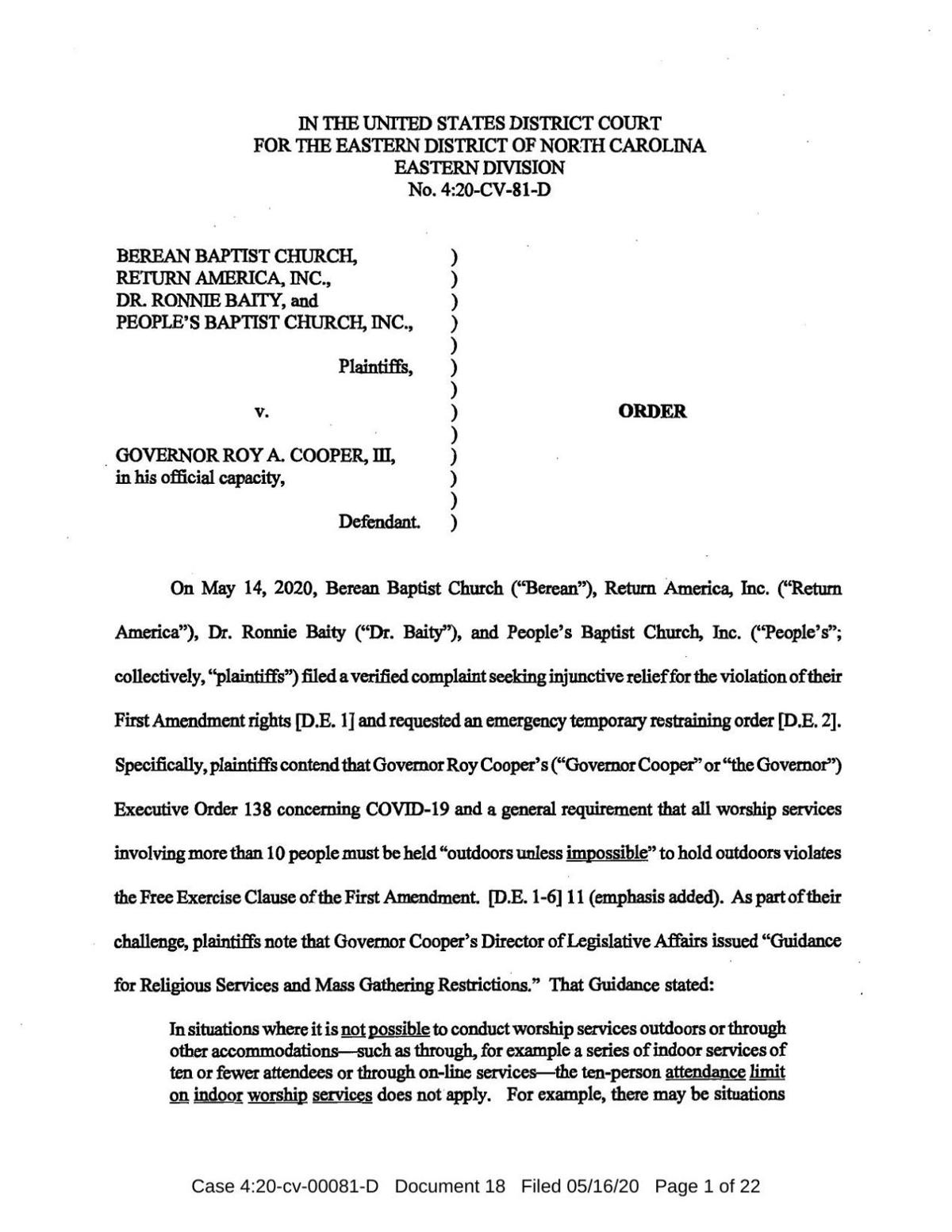