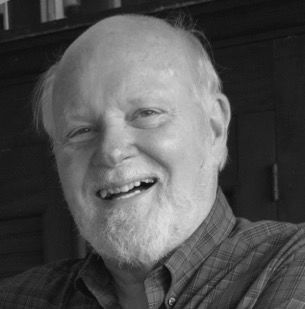 Ed was born in Trenton, NJ, son of the late George John Perzel and Blanche Spaulding Perzel. The family moved to Chelmsford, Mass., his mothers family home, where Ed enjoyed all the benefits of growing up in a small town. He played football, was a drummer in a high school dance band, worked at the town-center drug store, was salutatorian of his class, and formed lasting friendships with his classmates. In 2003, he was named to the Chelmsford High School Hall of Fame in recognition of his long academic career, his community involvement while in Charlotte, and his authorship of “The Echo of the Bugle Call,” the history of Camp Greene during World War I.

Ed chose Cincinnati, his fathers hometown, to further his education. He received his bachelo’s and master’s degrees at the University of Cincinnati, and his Ph.D. from Rutgers University in New Jersey. In 1965, he began his long academic career at UNC Charlotte where, for 35 years (“and a half,” he was always quick to add), he served as professor of colonial, frontier, and local history; chair of the History Department; president of the faculty; and associate dean of the College of Arts and Sciences. He was the recipient of the prestigious NCNB (now Bank of America) award for teaching excellence. His fervent, outspoken commitment to a well-rounded education endeared him to many of his former students, and he always enjoyed being “found” by some of his favorites long after his retirement from the university.

In retirement, Ed and his wife Ellie moved to Ashe County, where they undertook the hands-on construction of their home (and its many additions), and he began taking art classes. Many of his watercolors and pastels are in the homes of friends, and he was generous in donating to the Arts Council the proceeds of any work he sold. Over the course of the last 15 years, Ed could be seen walking downtown, and in any shops that would allow it, with the succession of his three beloved Newfoundland dogs, Finnegan, Kate, and Beau.

His friends often called him a Renaissance man. Besides being a professor, artist, and homebuilder, Ed was a woodworker, auto mechanic, electrician, stonemason, reluctant gardener, and all-round problem solver. He never tired of trying to figure out how things worked, and was enthusiastic about sharing his discoveries.

Ed put in numberless hours as a 14-year board member, and then president for three years, of the Ashe County Arts Council. He also served on the board and was president of the Paul and Florence Thomas Art School for eight years. He cherished the friendships that were forged through working with both organizations.

Friendship came easily to Ed. Those who were fortunate enough to be held close knew he loved them, and they loved him in return. His playful exuberance always went hand-in-hand with great affection.

The family wishes to thank Nurse Erin, who guided us through Ed’s transition with caring sensitivity, and the other unfailingly kind members of the medical staff at Bristol Regional.

In Ed’s memory, the family requests that you plant a tree, volunteer for an hour with an organization that needs your help, or simply put your arms around someone you love and hold tight for a moment.