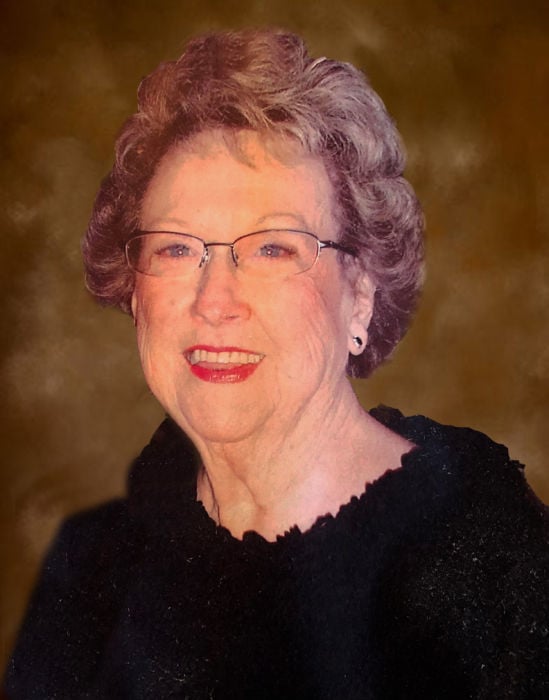 Hazel Deane Graybeal Pennell, 92, passed of natural causes and entered into her eternal home on Sunday, May 17, 2020.

Mrs. Pennell was a native of Ashe County, the third of four children born to Fred Carlton and Lois Brown Graybeal of Fig on March 27, 1928. She was educated at Riverview High School and Draughn’s Business College in Knoxville, Tennessee, and worked in various business/bookkeeping positions, including Belk Department Store in West Jefferson in the late 1940’s. While working at Belk, she met her husband of 53 years, Roby Doyle Pennell, who was assigned to the region with the N.C. State Patrol. They were married on January 17, 1951. After working and living in various cities in Pennsylvania and North Carolina, she and her family returned to Ashe County in 1969 to care for her parents. She retired from Leviton Manufacturing in 2006 at the age of 78 after working there for 37 years.

A lifelong Methodist with an abiding faith, Mrs. Pennell was preceded in death by her husband, her parents, twin brothers Hubert Dexter Graybeal and Walbert Raymond Graybeal, and a sister Marye Margaret Graybeal Wilson.

Throughout her 92 years, Mrs. Pennell exuded a youthful zest for life, quick wit and effortless charm. She was beloved by her co-workers at Leviton, and enjoyed attending a special reunion with them in 2018.

Coming from a musical family, she learned piano by ear and received formal instruction at an early age. She carried that love of music throughout her life and would play her favorite tunes whenever a piano was nearby. She was a great cook, which she perfected at a young age, while staying with her grandmother Callie Brown. Her joy of cooking was passed down to her children, grandchildren, friends and family. Seeing her children complete their college education was one of her biggest dreams, and her children and grandchildren were her greatest joys and focus of devotion.

In lieu of flowers, and to honor her memory, the family requests memorial donations be made to the Ashe Advancement Fund, P.O. Box 31, West Jefferson, NC 28694, for a college scholarship to be established for need-based Ashe County students who wish to pursue musical degree programs. The family will be at the home of Mrs. Pennell, 462 Rayfield Acres Drive, West Jefferson, and request that social distancing be respected.

Graveside services will be private, and Mrs. Pennell will be entombed at Ashelawn Memorial Gardens and Mausoleum beside her husband. A memorial service will be held at a later date.

The family is being served by Badger Funeral Home.