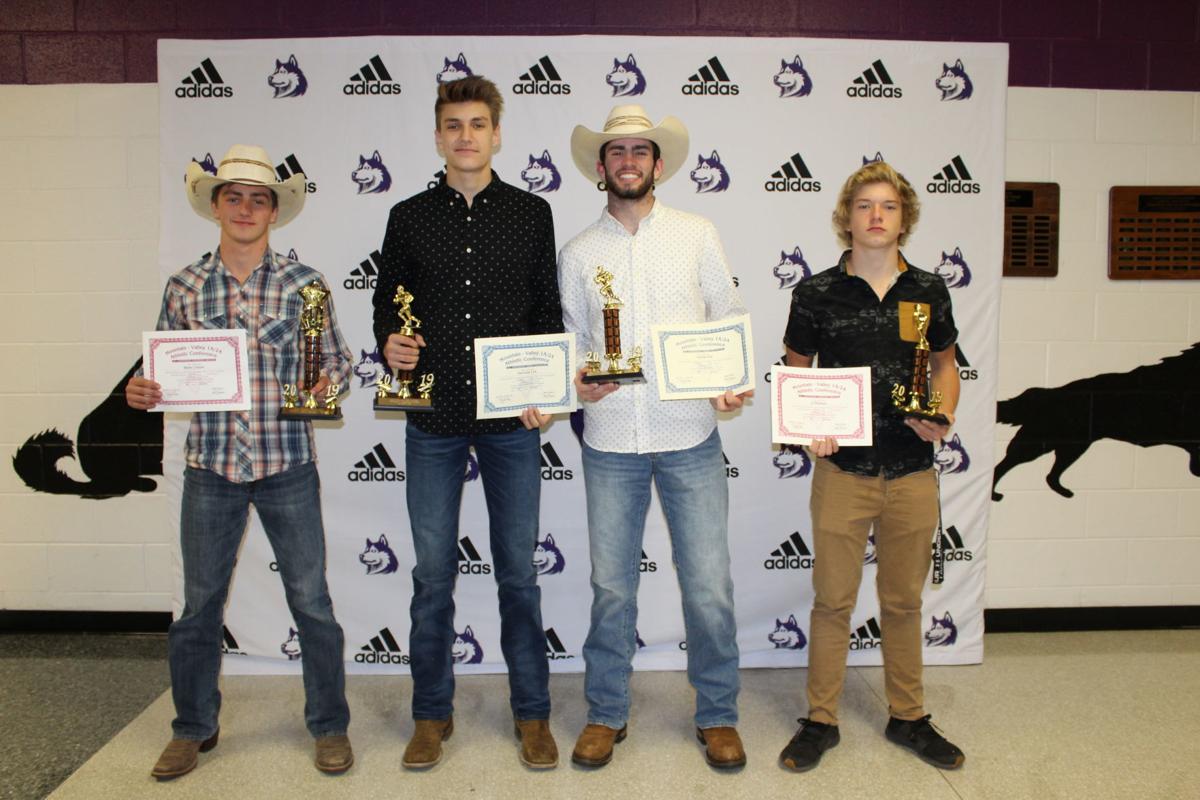 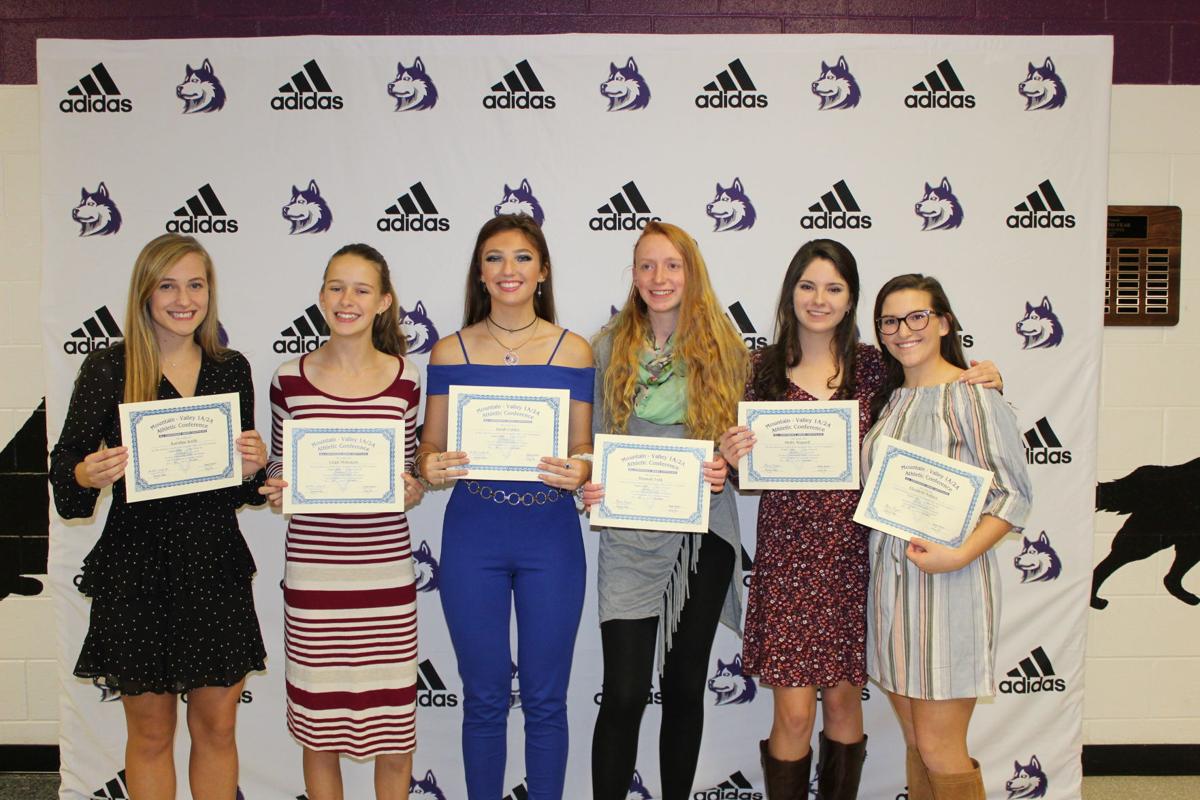 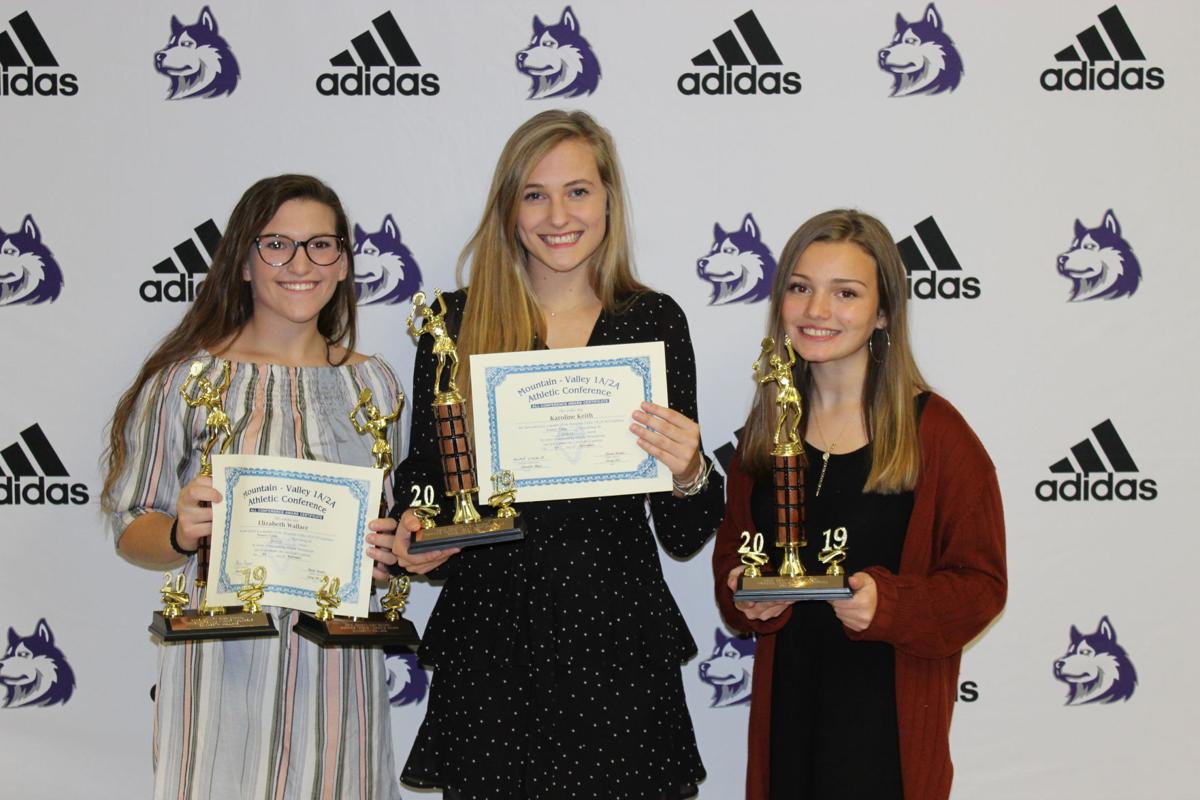 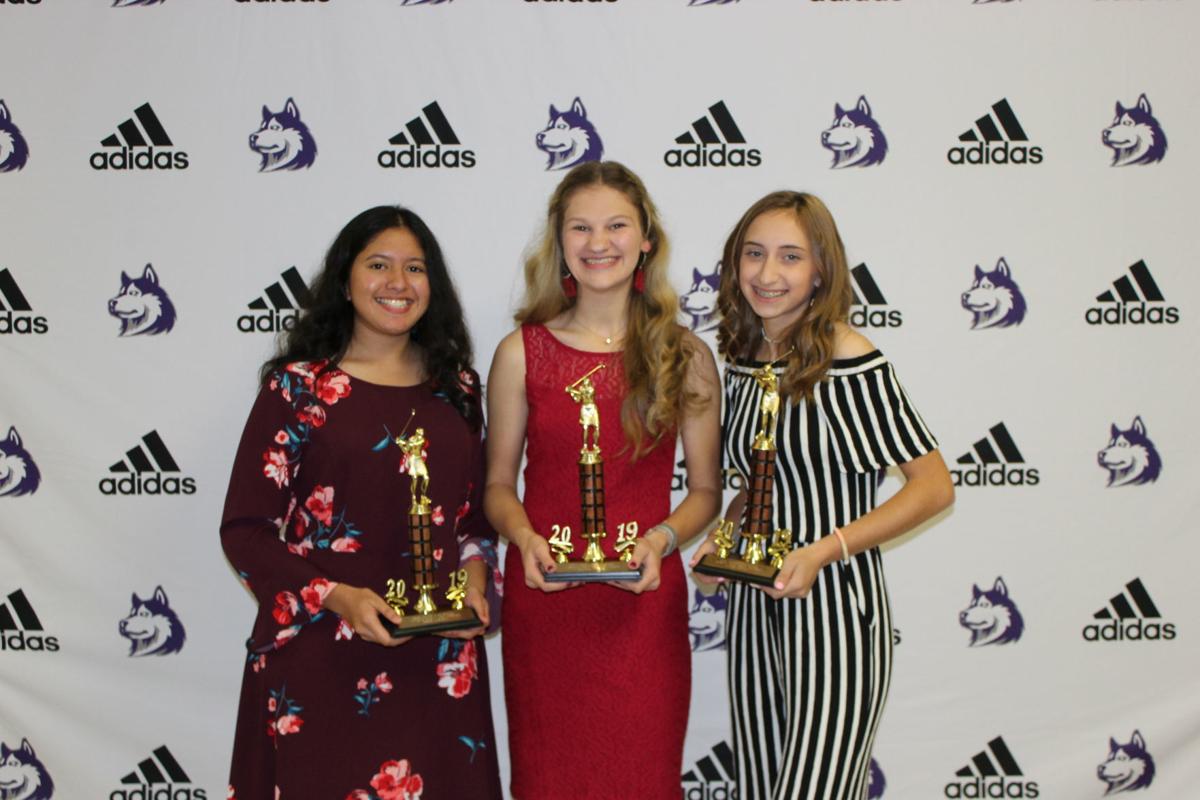 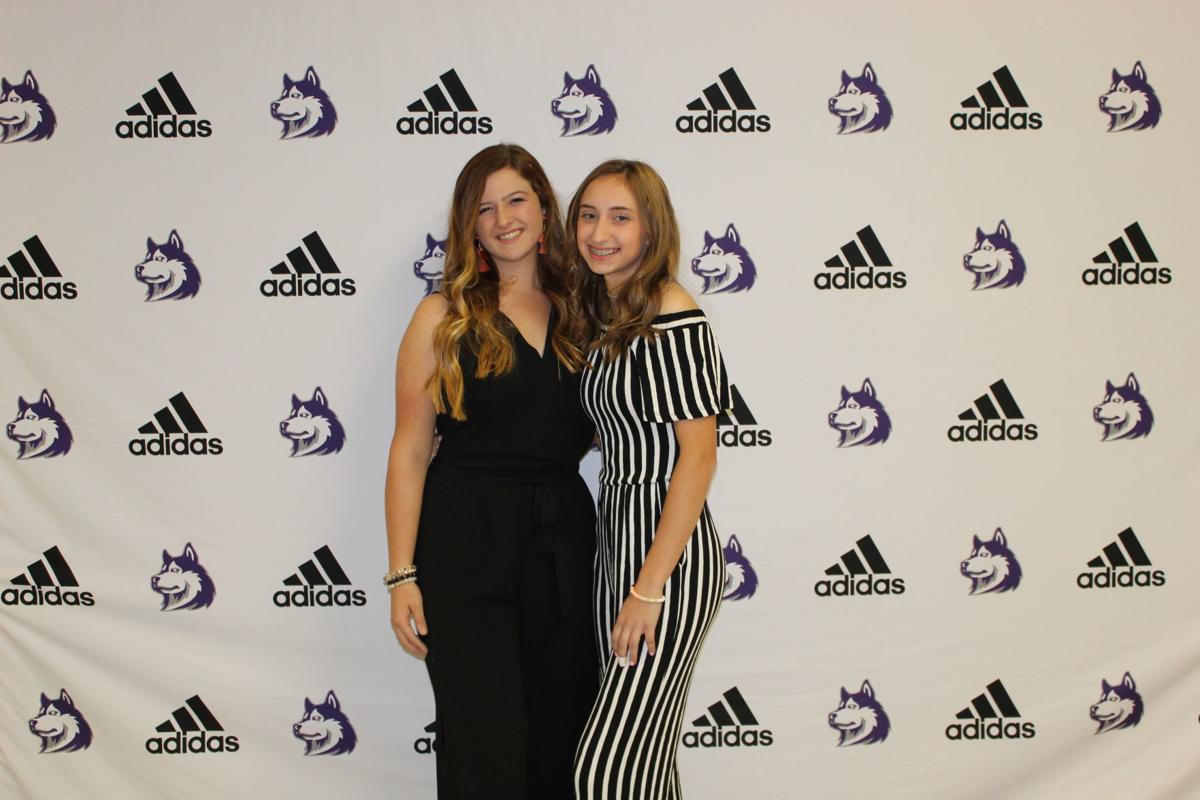 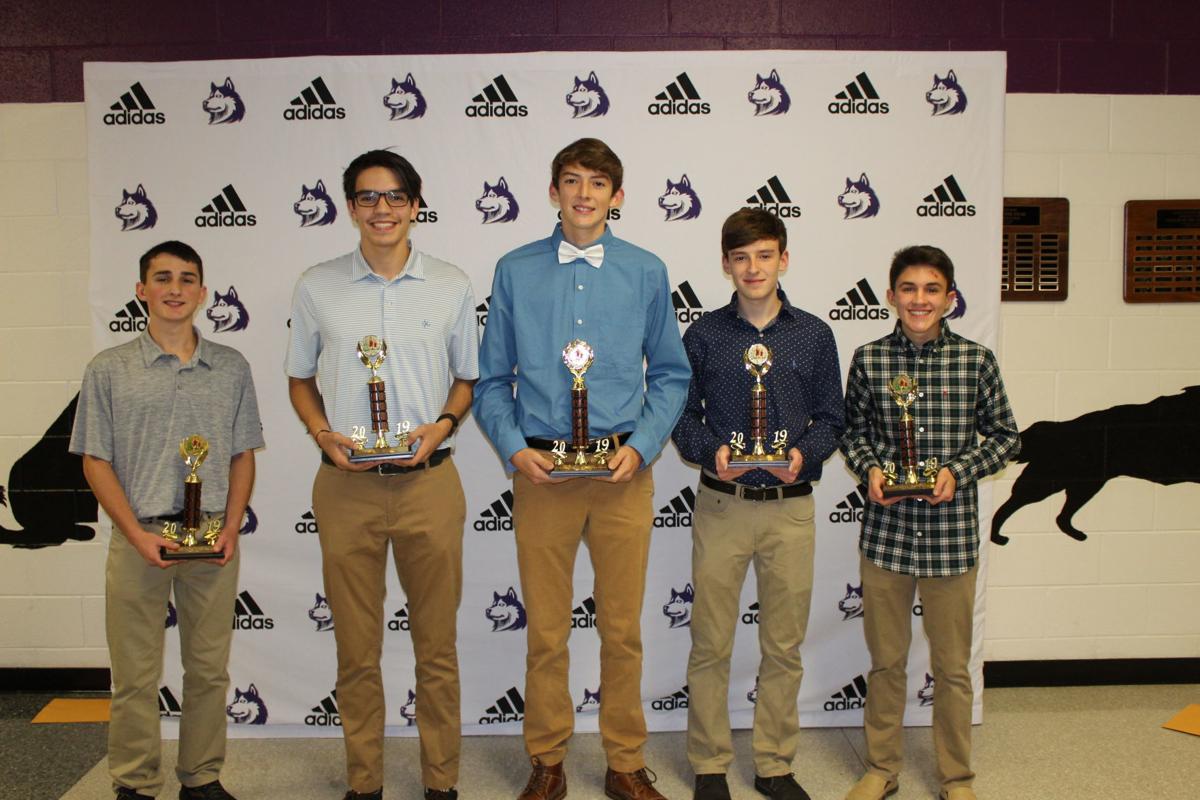 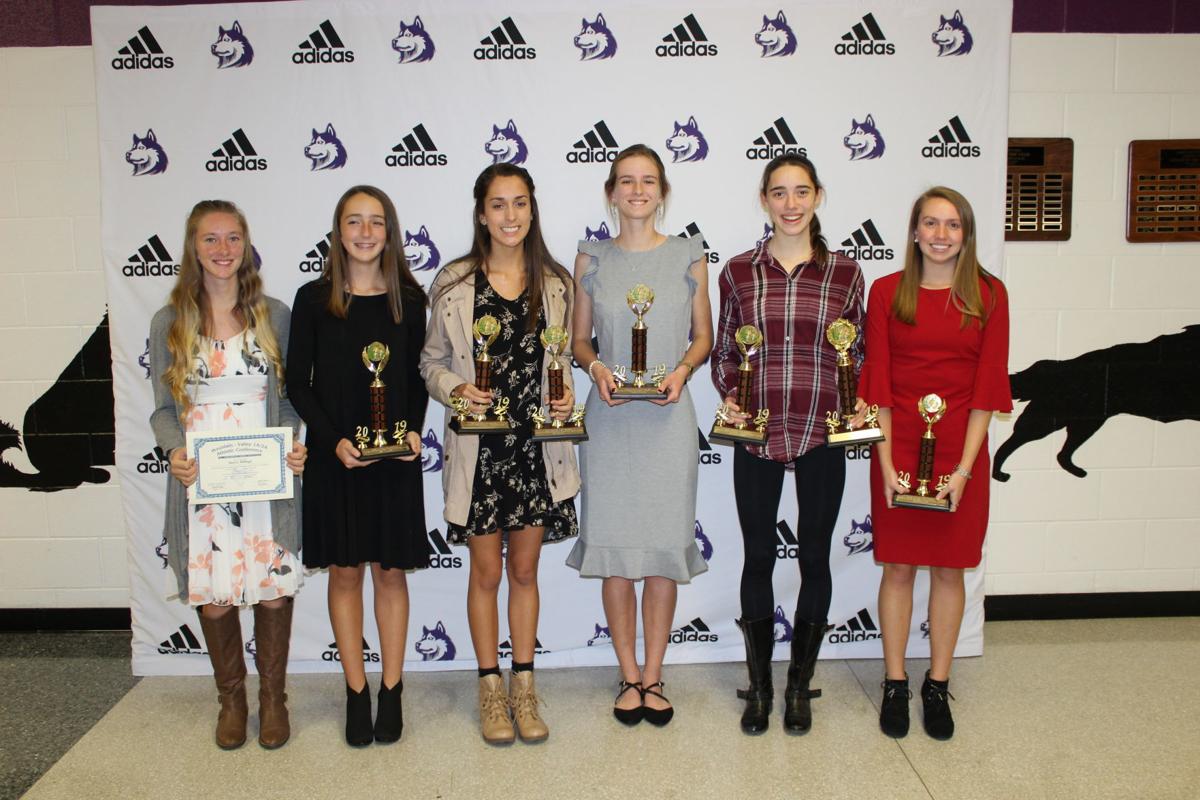 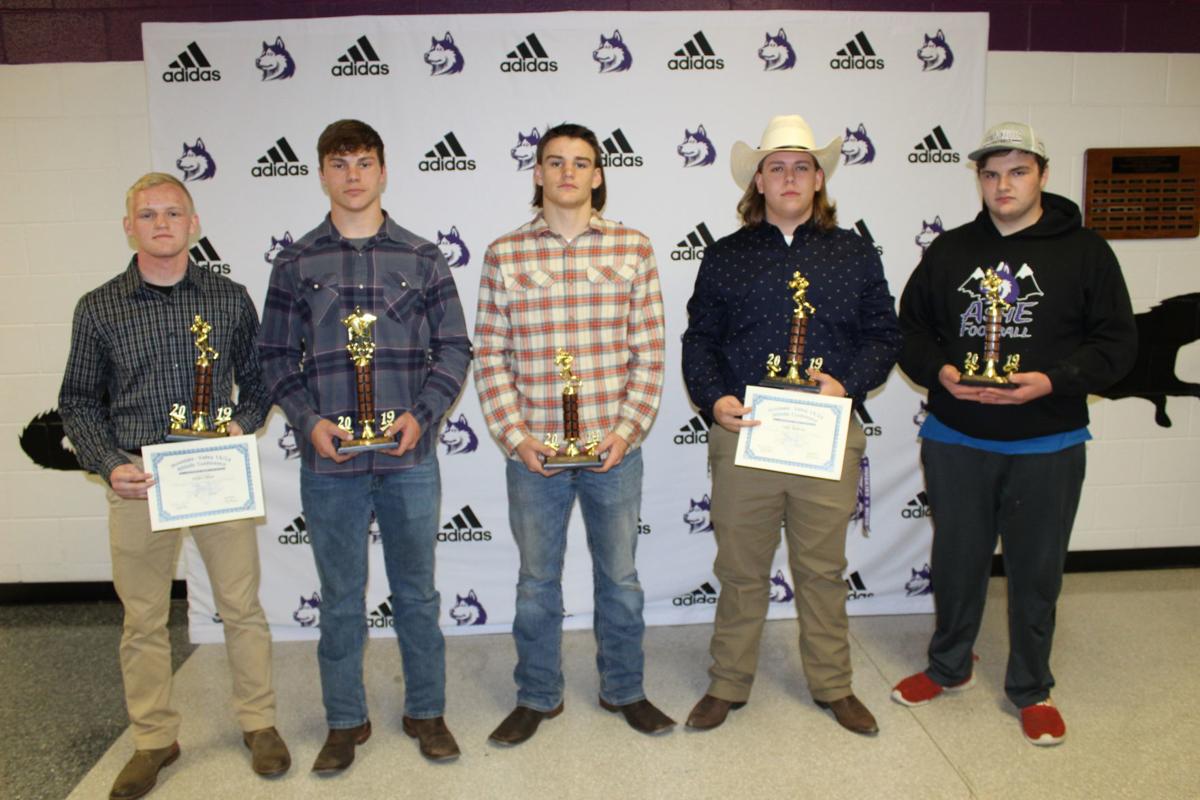 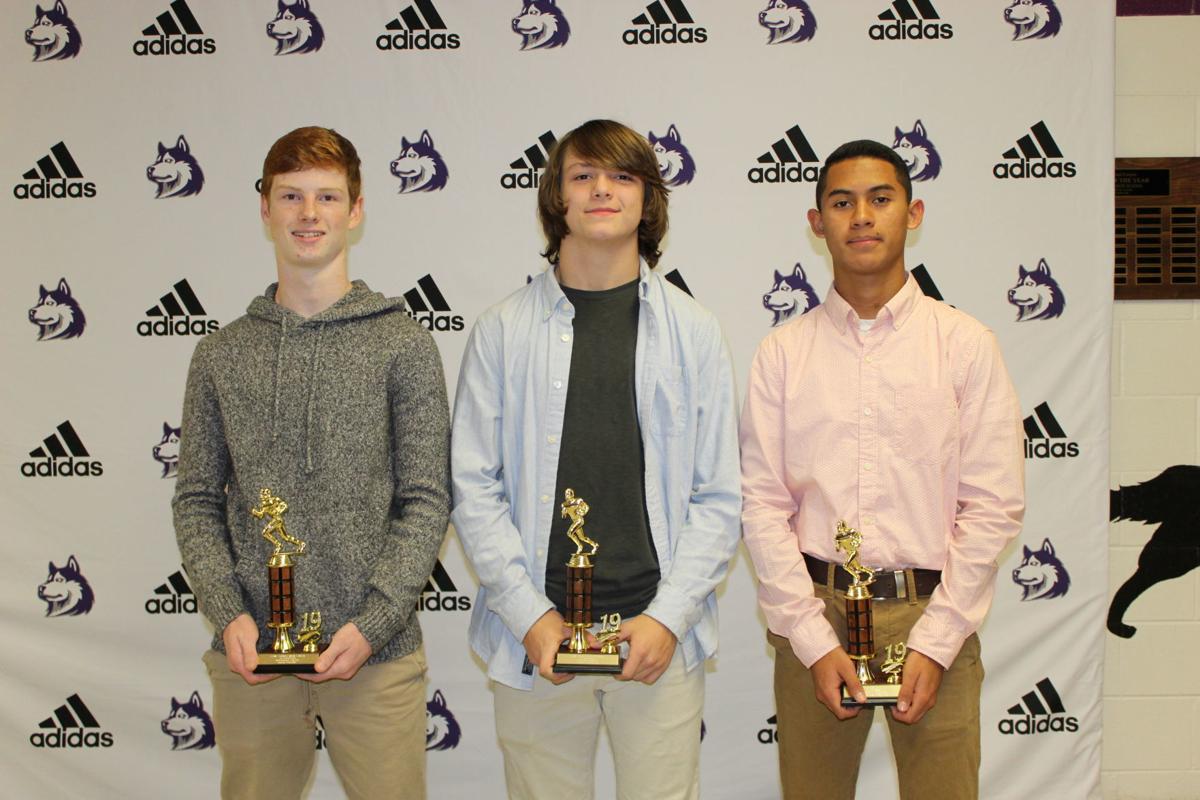 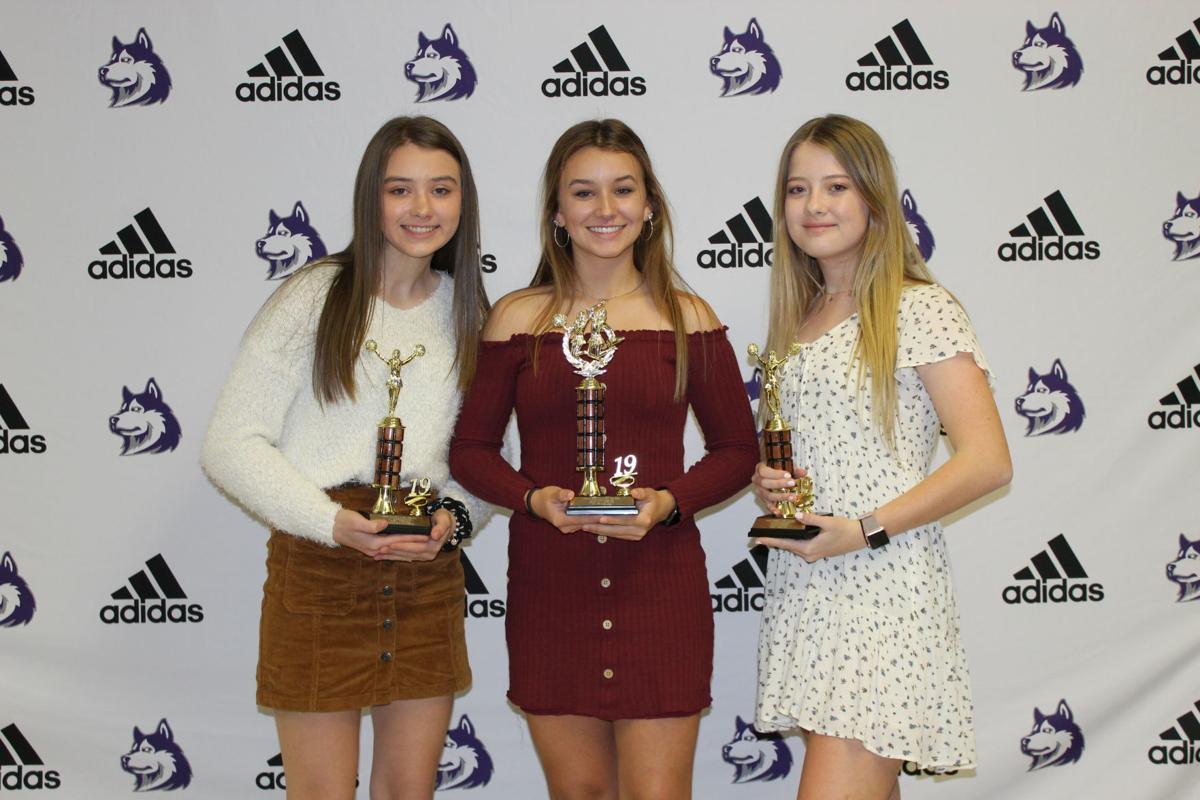 Chloe Ashley received Best All Around, MacKenzie Campbell received Most Improved and Angel Phillips earned the Coach’s Award for the JV cheerleading team. 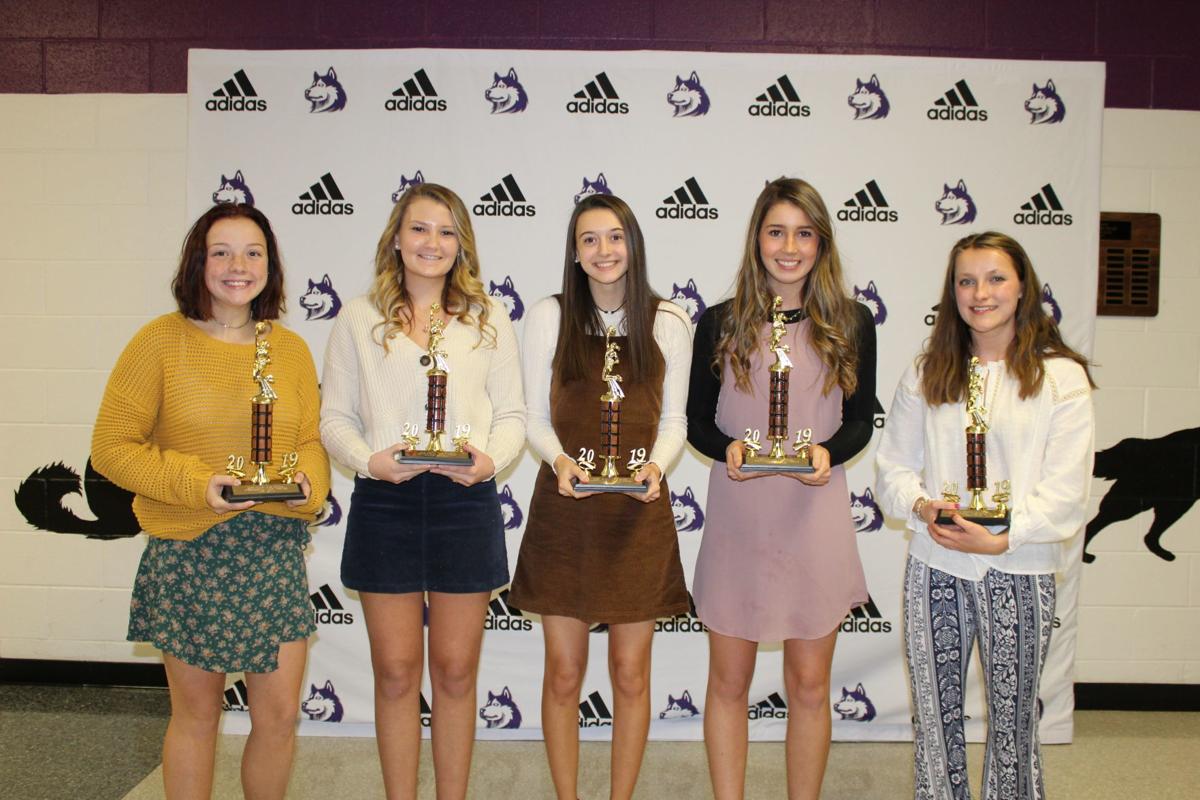 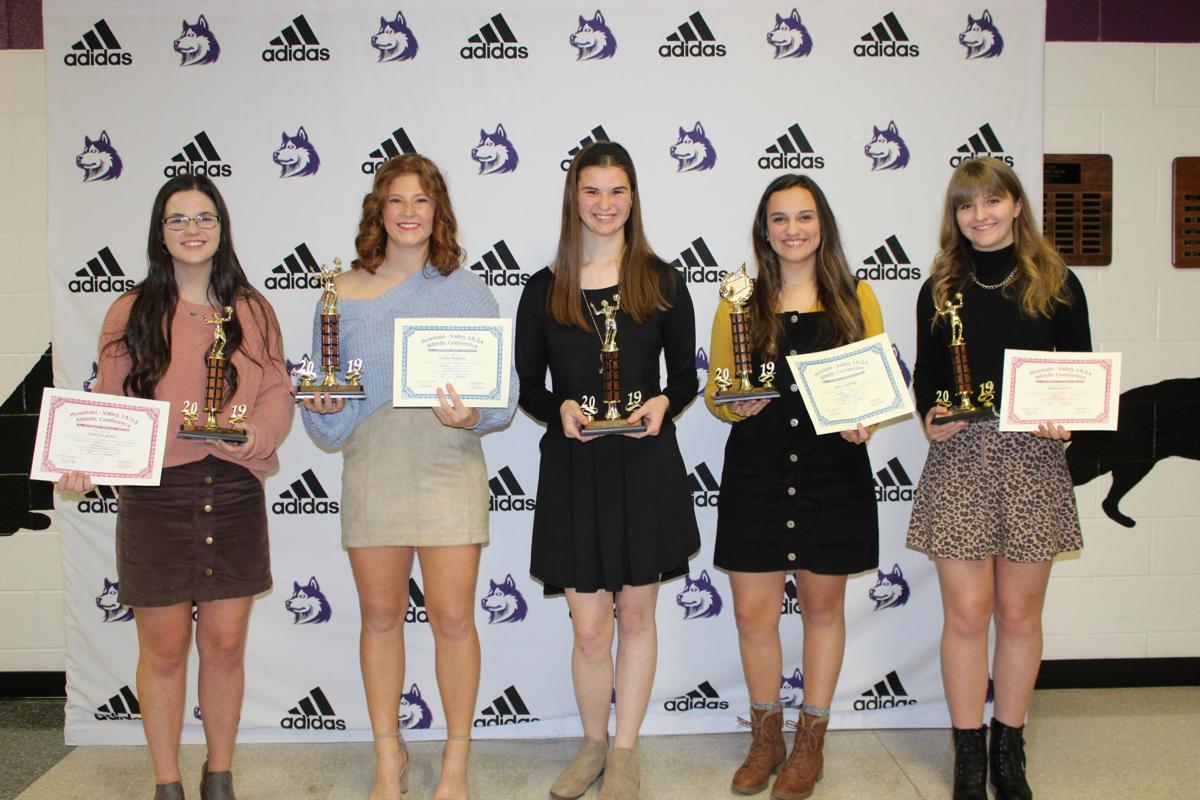 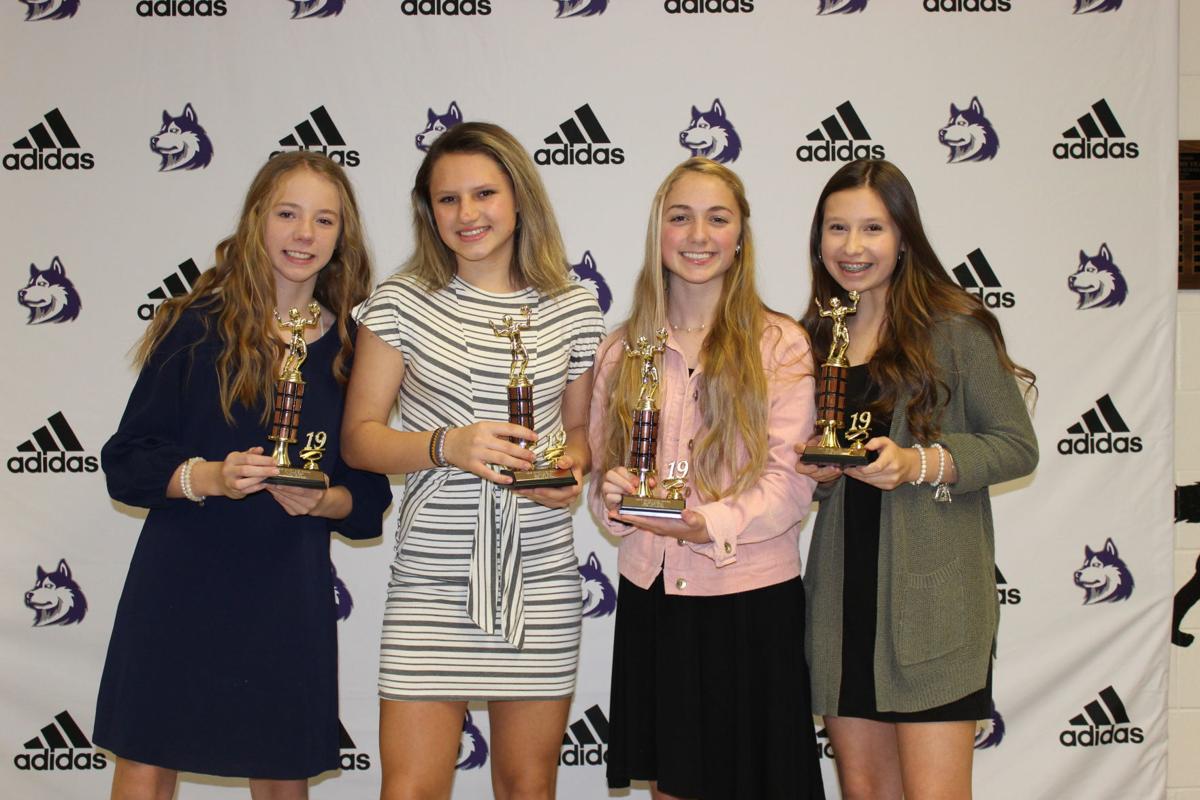 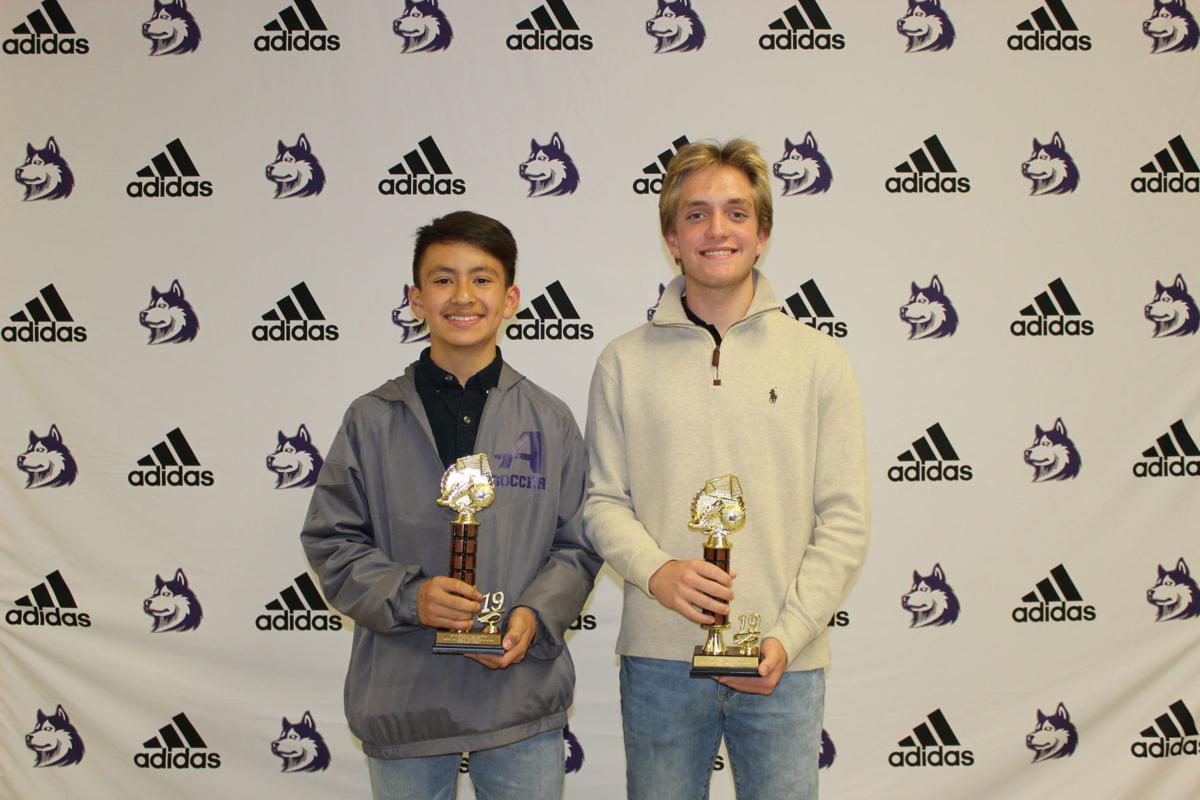 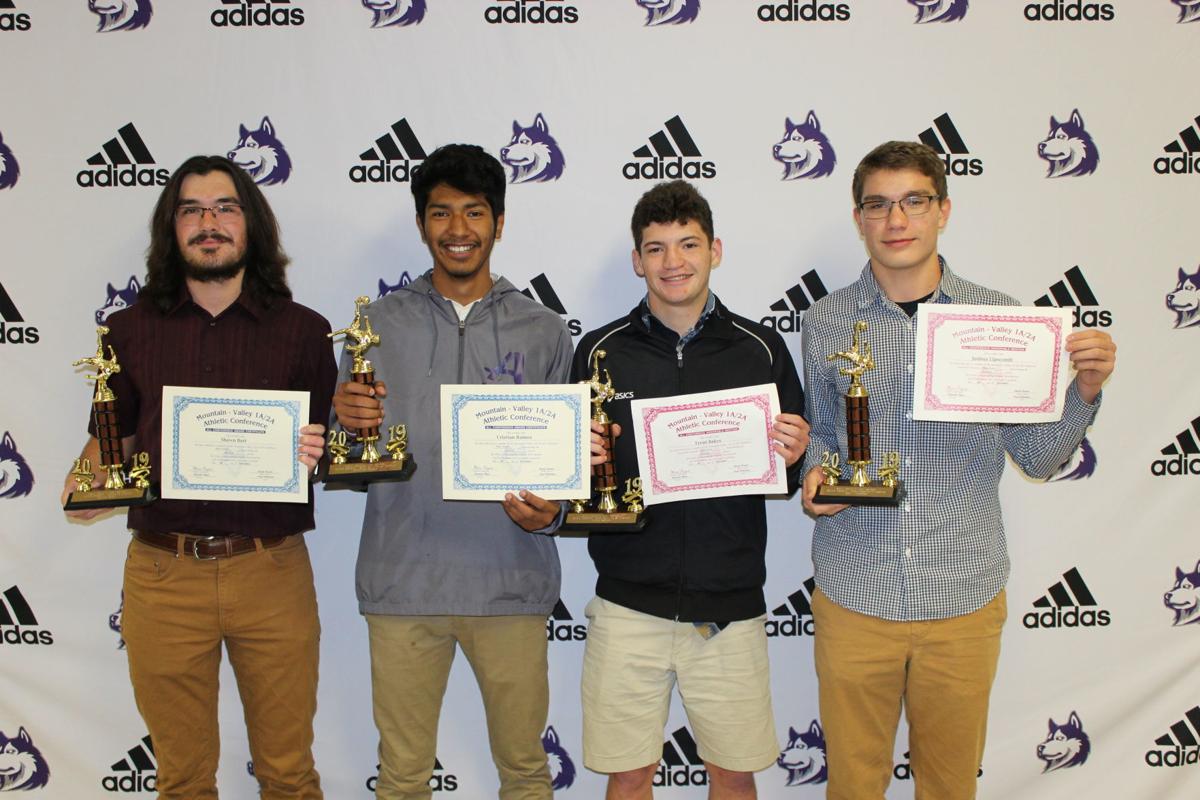 Chloe Ashley received Best All Around, MacKenzie Campbell received Most Improved and Angel Phillips earned the Coach’s Award for the JV cheerleading team.

WEST JEFFERSON — As the fall sports season came to a close, Ashe County High School’s autumn athletes were honored during the Fall Sports Banquet Monday, Nov. 25, at the high school.

After refreshments, dozens of parents, coaches and student athletes gathered in the high school’s auditorium for opening remarks from Athletic Director David Koontz.

“This has been an outstanding fall sports season for Husky Athletics,” Koontz said. “I am proud to share that all of our varsity sports teams advanced to post season play this fall.”

Koontz added that ACHS currently leads in the Wells Fargo Cup Standings for the Mountain Valley Athletic Conference, which recognizes the most outstanding athletic program for each conference throughout the state. The Huskies lead over Elkin by 15.5 points, holding an overall score of 48.5 points.

For the varsity cheerleading squad, seven awards were presented, including Most Improved, received by Madi Lewis, the Spirit Award, awarded to Haleigh Braybeal, Summer Young, who was recognized for putting the team before herself, Coaches Award, presented to Ashley Tilley, and Best All Around, awarded to Sarah Bledsoe.

Mahaley Cronk, of the women’s cross country team, received two awards for her stellar performance during the season, taking home Most Valuable Runner and being one of three to receive the Running Husky Award. Zoe Schell and Malorie Eller also received the Running Husky Award. In addition, Schell won the Coaches Award. Maggie Powers was recognized as Most Improved and Abby McClure won Rookie of the Year.

Coach Larry Dix of the Lady Huskies tennis team took to the stage to present four awards to his players, in addition to the six players who earned All-Conference recognition. Elizabeth Wallace won Most Valuable Player and the Coaches Award, Zoe Greene was awarded Most Improved, and Karoline Keith won Best Sportsmanship.

A total of five players for the varsity soccer team took home awards, including Justin Lopez with the MVP award, Trent Baker as Best Offensive Player, Cristian Ramos as Best Defensive Player, Shawn Bast with the Coaches Award, and Josh Lipscomb with the Sportsmanship Award.

Koontz thanked the players for representing the high school, athletic program and the community in such a classy manner, as well as the coaches.

“I want to thank our coaches,” Koontz said. “Their work ethic, dedication, passion — the time they spend coaching and preparing their teams, fields, loading buses, driving teams to competition, setting up their itineraries — is nothing less than impressive.”