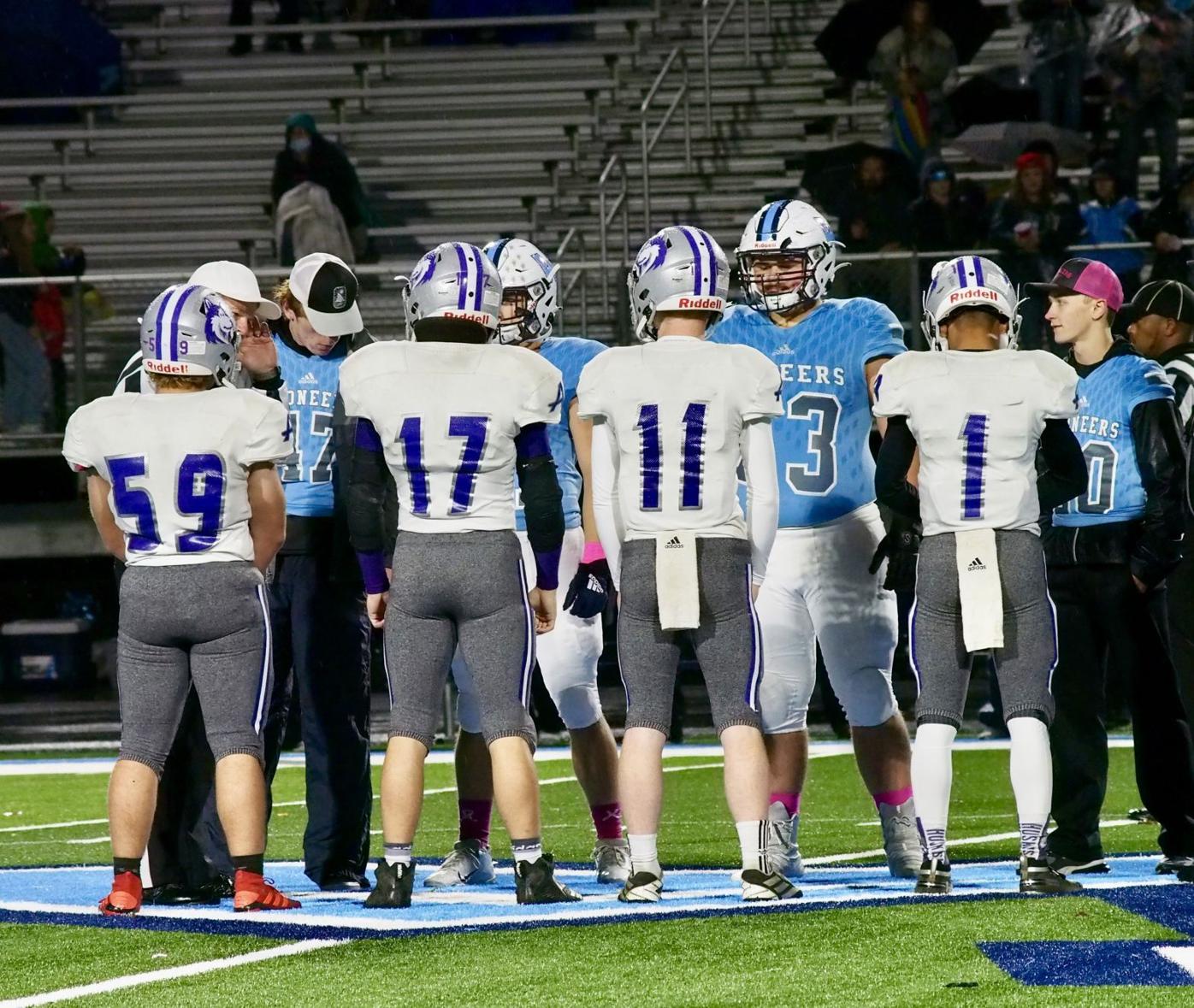 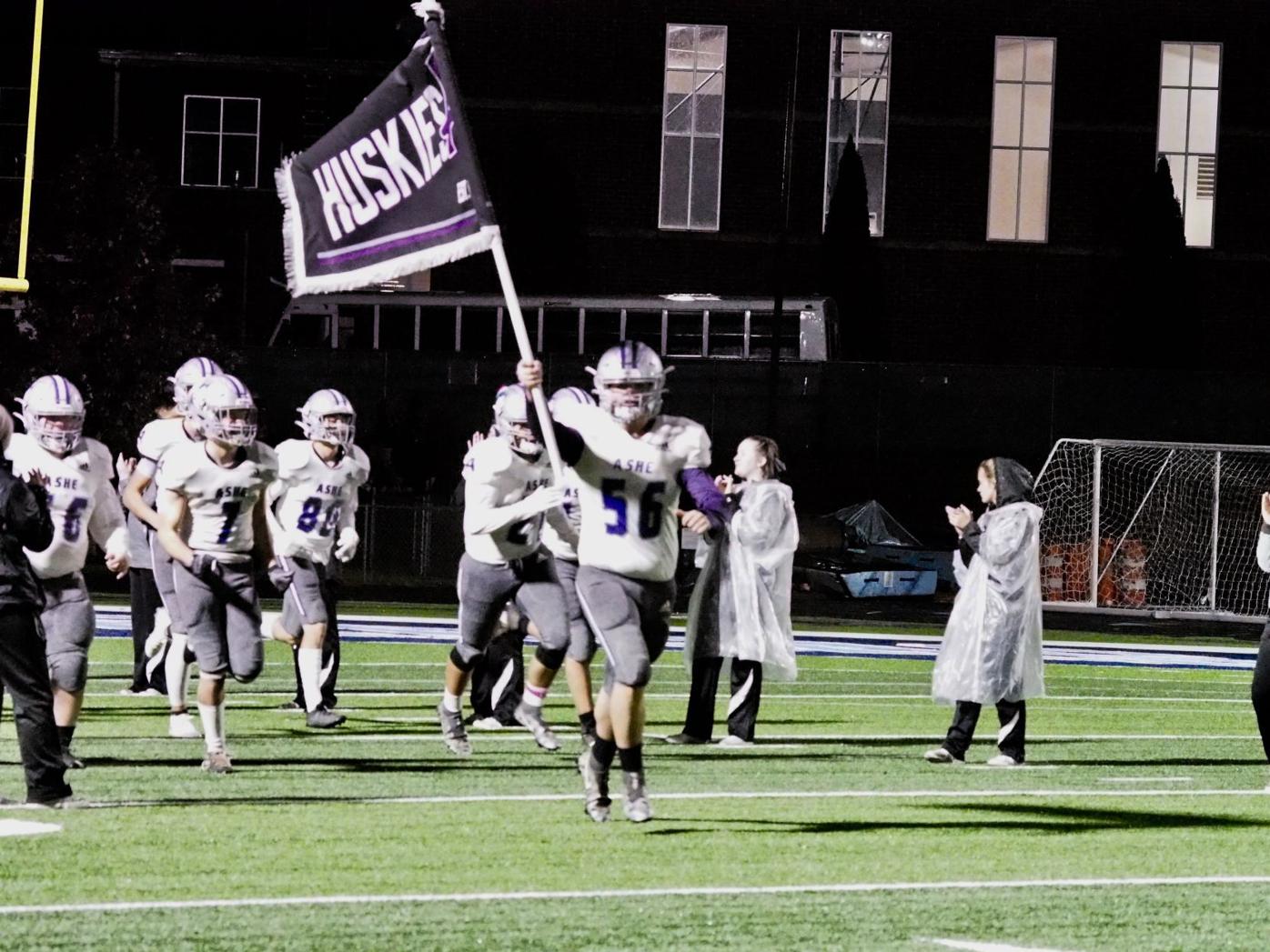 Dillon Borders mans the flag as the Huskies run onto the field for their final game. 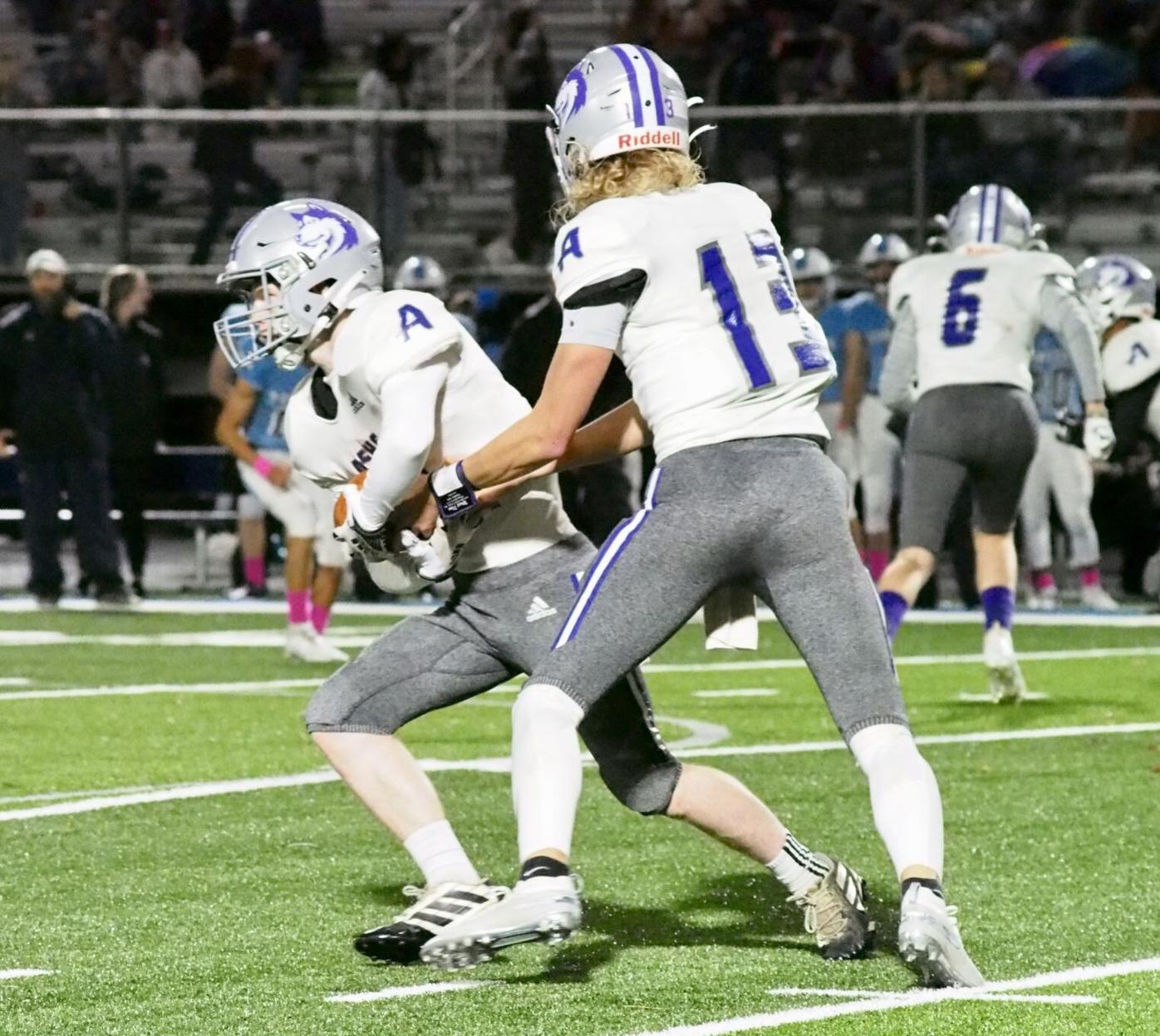 Wesley Thompson hands the ball off to Drew Roland on Oct. 29. 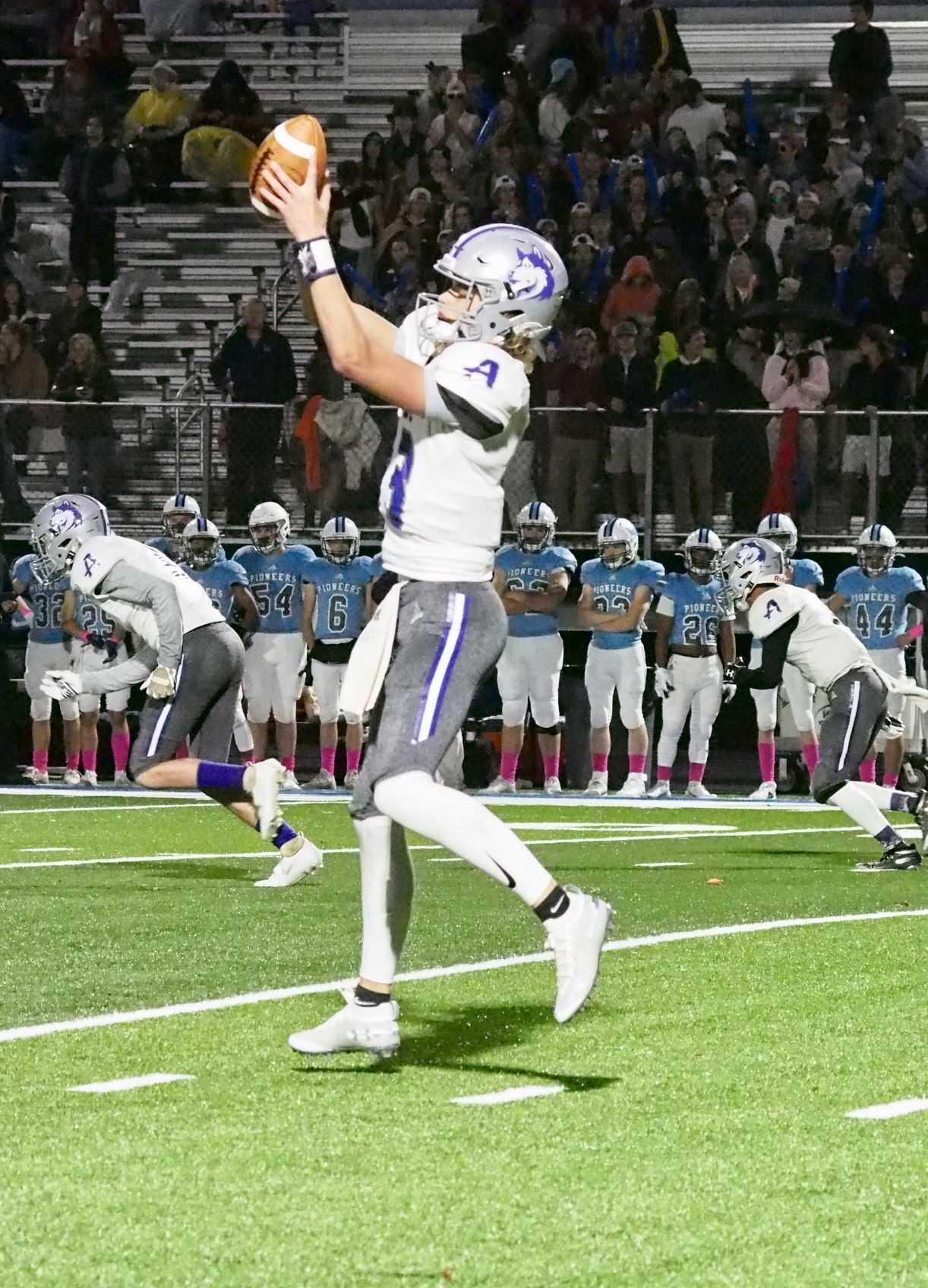 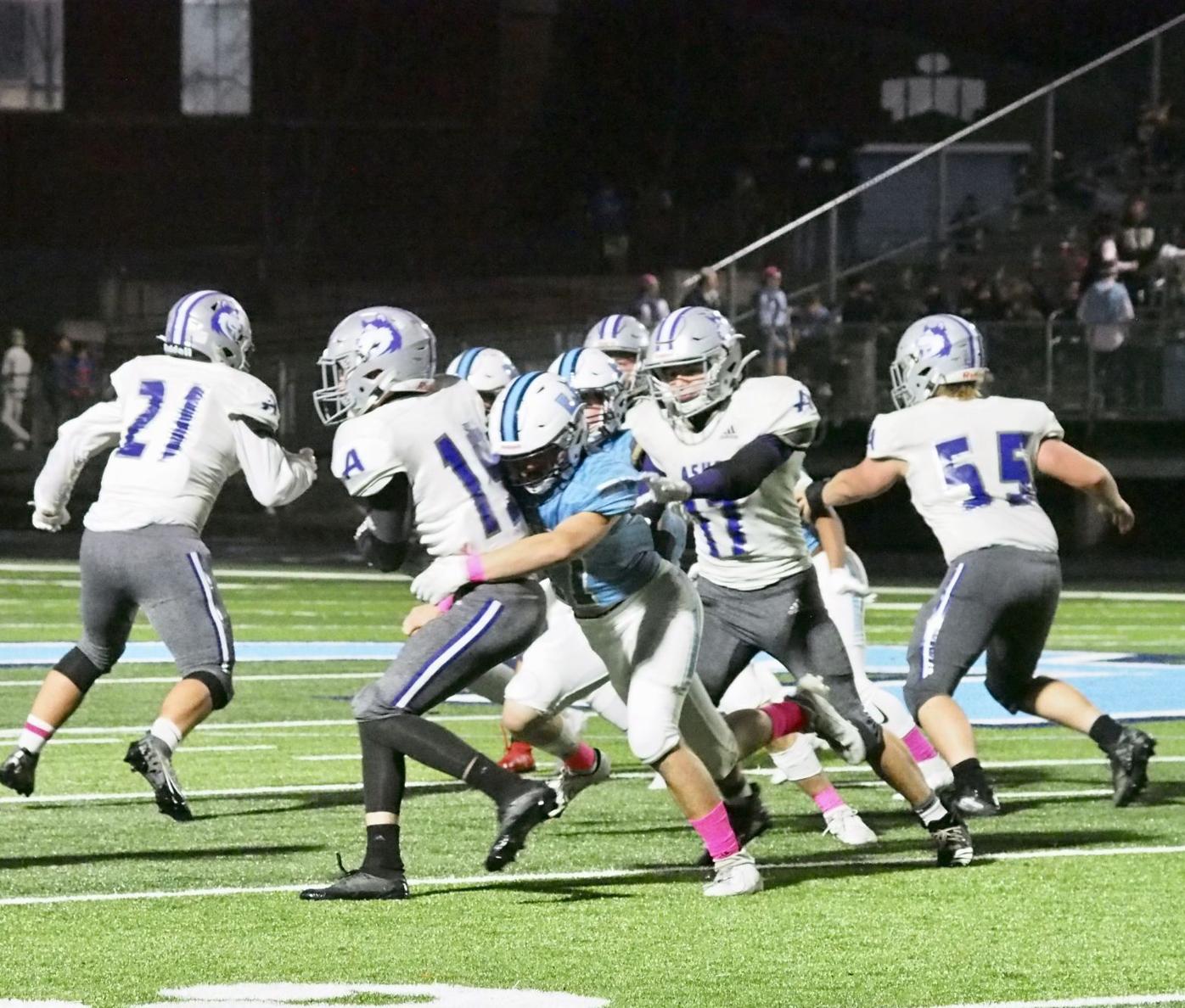 Josh Poe breaks free from his obstacles at the Ashe vs. Watauga game.

Dillon Borders mans the flag as the Huskies run onto the field for their final game.

Wesley Thompson hands the ball off to Drew Roland on Oct. 29.

Josh Poe breaks free from his obstacles at the Ashe vs. Watauga game.

BOONE — The Ashe County Huskies took to the field at Watauga High School on Oct. 29 to play in their final conference game, taking a tough 48-0 loss and leaving the Pioneers to become conference champions of the Northwestern 3A/4A conference.

The first quarter saw nothing but gains for the hosting Pioneers (5-0) as they marched down the field with first down after first down. The Huskies defense held their own, pushing the Pioneers to a few third-down situations, but it wasn’t enough as they ran through the goal line with four minutes left and again with 39 seconds left, leaving the first quarter with a 14-0 lead.

In the second quarter, Watauga only added more to their dominating score as they made four scores into the end zone, going into the half with a large 42-0 lead, resulting in a mercy rule that ran the clock throughout the final two quarters.

In the final moments of play, Watauga picked up two field goals and ended their game with a 48-0 win.

Quarterback Wesley Thomson had a total of six completed passes for a total of 68 yards. Rushing totals for Ashe were eight for carriers Cesar Martinez, Drew Roland and Thompson.

Ashe had 79 tackles throughout the game with Trent Trivette leading with 10, Emery Brinegar just behind with eight and Bryant Blevins with six.

Full stats can be found at www.maxpreps.com/high-schools/ashe-county-huskies-(west-jefferson,nc)/football/home.htm.