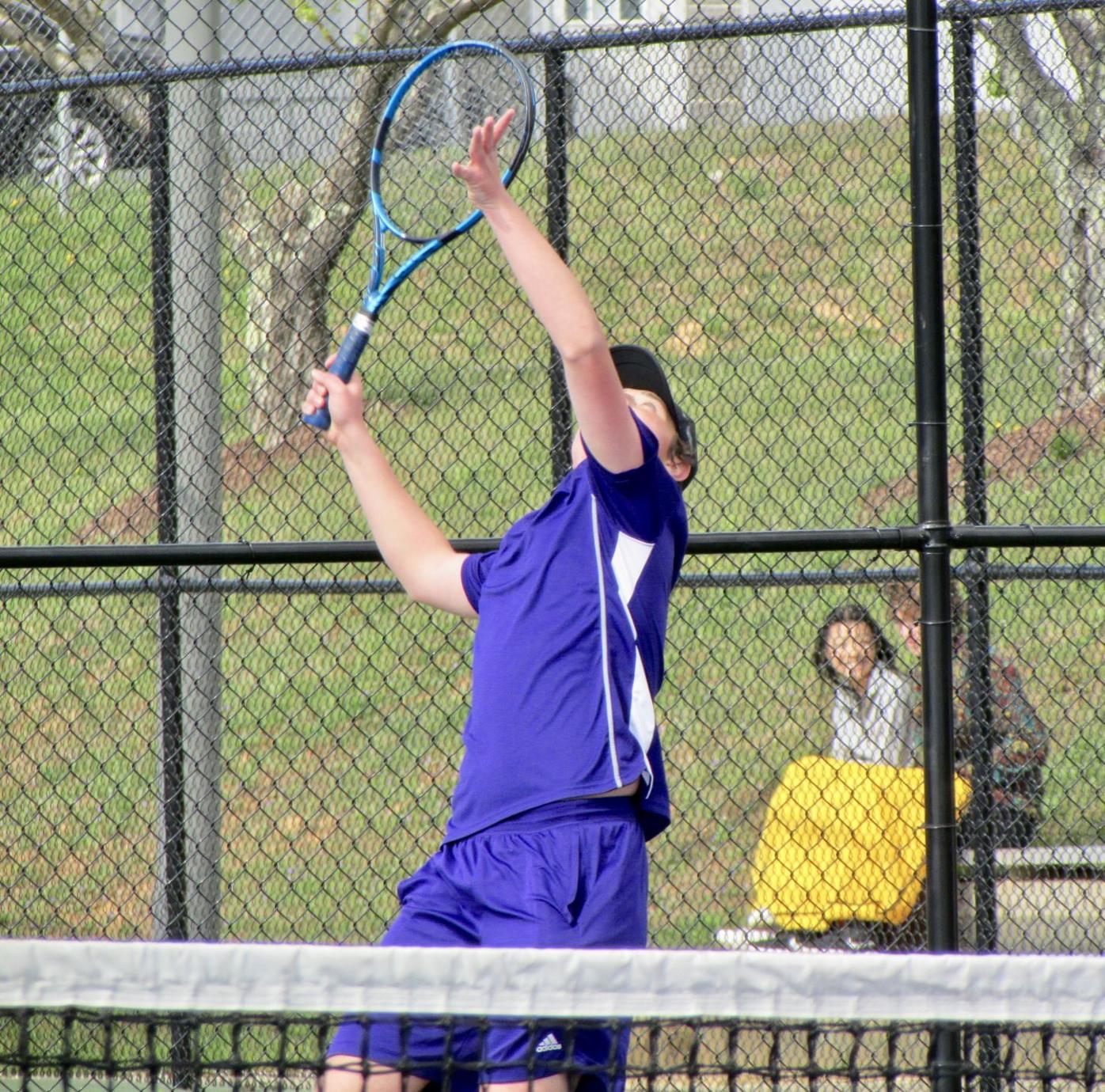 Jake Reavis serves the ball to his opponent in the home match against Wilkes Central on April 14. 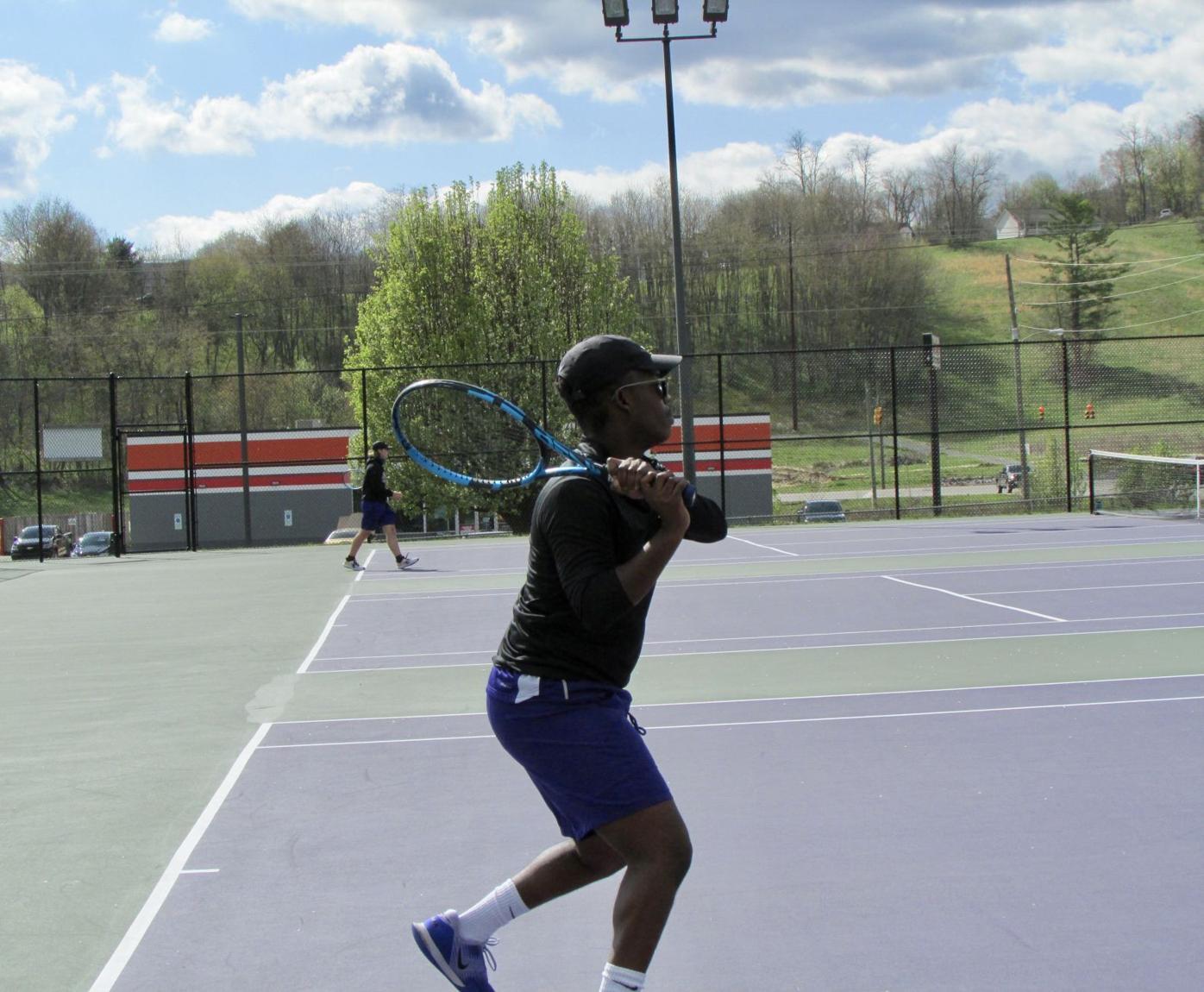 Baxter Glover prepares to return the ball to his singles opponent.

Jake Reavis serves the ball to his opponent in the home match against Wilkes Central on April 14.

Baxter Glover prepares to return the ball to his singles opponent.

WEST JEFFERSON — In their second to last home match, the ACHS boys tennis team made hard hits to Wilkes Central, leading them in a win in all six top players and three doubles on April 14.

Leading the Huskies, senior and top player Jake Reavis led both of his singles sets to outstanding 6-0 wins against Tate Johnson.

Tatum Brown carried the weight in his singles against Wilkes Central’s Jack Shepherd with 6-1 in his first set and 6-3 in his second.

John Perkins showed stability with Nick Hall despite growing frustrations, his teammates often cheering him on to a win of 6-3 and 6-2.

Baxter Glover went into a tie breaker in his second set after winning his first 6-3 against Eagle Gage York. Glover came out on top 7-2.

In his singles match against Quinn Pyke, Josh Weaver led 6-1 and 6-0.

Jackson Keith had a knockout in his first set against Andrew Nieland, 6-0. Keith went on to win his second set 6-4.

Going into doubles, the Huskies prepared to swing Wilkes Central, Reavis and Brown teaming up against Johnson and Shepherd. The first set was won closely in 9-8, the Eagles showing strength and determination, but unable to secure the win. The second set resulted in a tiebreaker as both teams found it challenging to keep up with one another. Brown and Reavis came out victorious 7-5.

Perkins and Glover stepped up to the net against Hal and York, dominating in their doubles set, 8-0. Weaver and Keith did the same in their’s , 8-0 against Pyke and Nieland.

The boys tennis team is currently second in the MCAV 2 A conference, behind Alleghany. The Huskies stand at 6-4 overall.