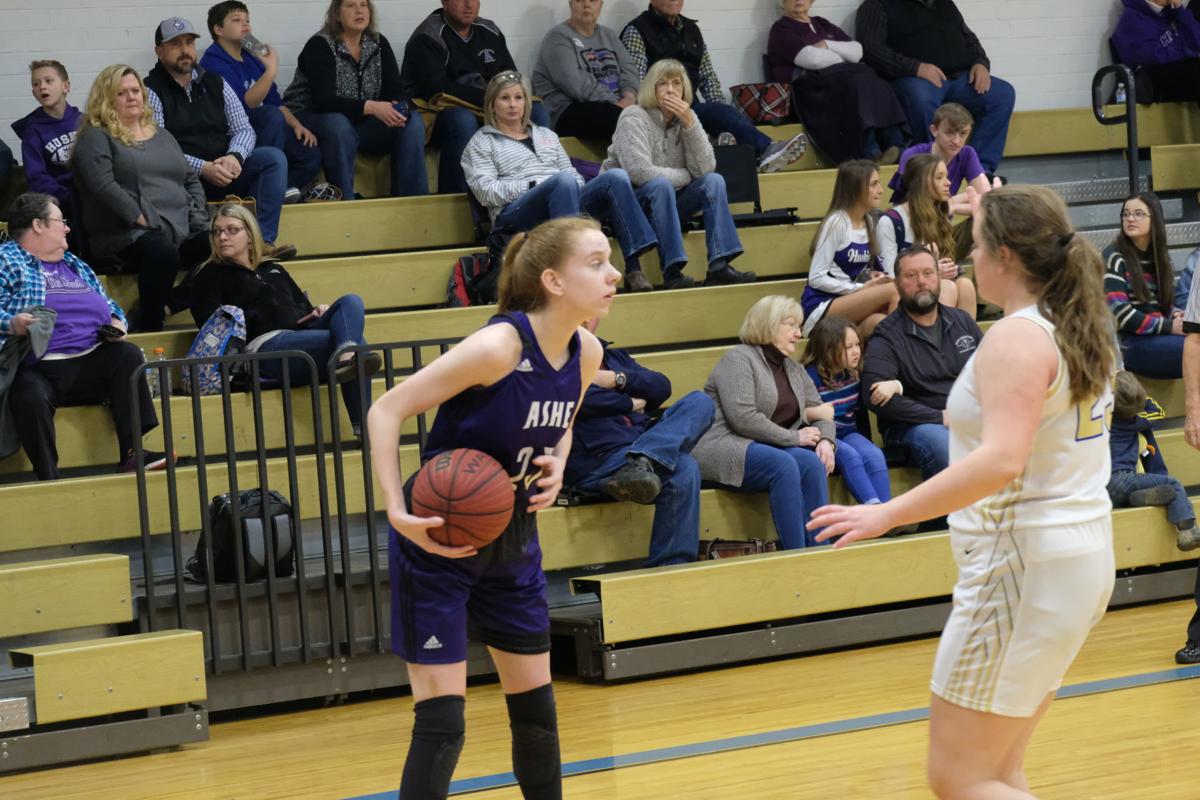 Jordan Jones (23) looks for a teammate against Elkin Friday, Jan. 10. 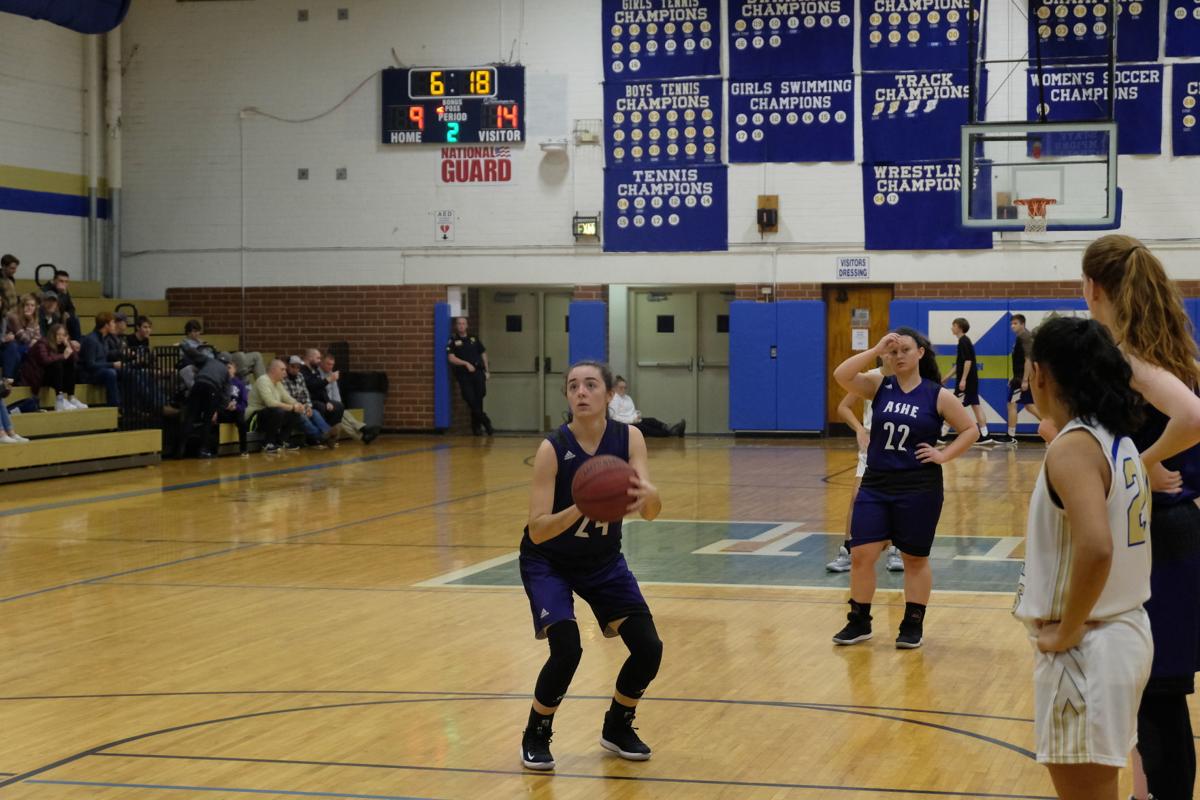 Jordan Jones (23) looks for a teammate against Elkin Friday, Jan. 10.

ELKIN — Originally scheduled as the third game of the week for the Ashe County Huskies, a road match-up with the Elkin Elks Friday, Jan. 10 went from tight contest to near blowout in mere minutes.

The Huskies (9-2) were supposed to play East Wilkes Jan. 7 and then Watauga the next day, but poor weather conditions forced both to be postponed. The Elks (2-10) went into the game hoping for the first win of 2020, having not come out on top since Dec. 13, 2019.

An early full-court press defense from the Huskies stifled the Elks’ offense early, while Ashe warmed theirs up. After more than two minutes of no score from either team, Kenadie Hudler put the Huskies on the board with a three, the first of many for the team that night.

Head coach Brianna Ashley said it took a few minutes for the team to get into the game, but made the most of it once they were.

“We had a little bit of a slow start, but once they got their feet under them, we shot and shared the ball well,” Ashley said.

A 12-7 lead after the first quarter was only the start for the Huskies, who put up 16 points in the second quarter, equal to Elkin’s total at halftime.

With an offense built around moving the ball inside and running the fast break, the Huskies continued to build their lead in the third. Ashley said after the game that the Huskies have the biggest size advantage in the conference, and playing to that strength helps out every area of the team.

Ashe gave no chance to Elkin’s hopes of a comeback with a dominant defensive performance in the fourth for the 60-36 win.

One thing Ashley said was key for the team in the win was how well they shared the ball, with every member of the team finding the score sheet in the win.

The Huskies followed up the win over Elkin with a home game against the Alleghany Trojans (12-1) Monday, Jan. 13.