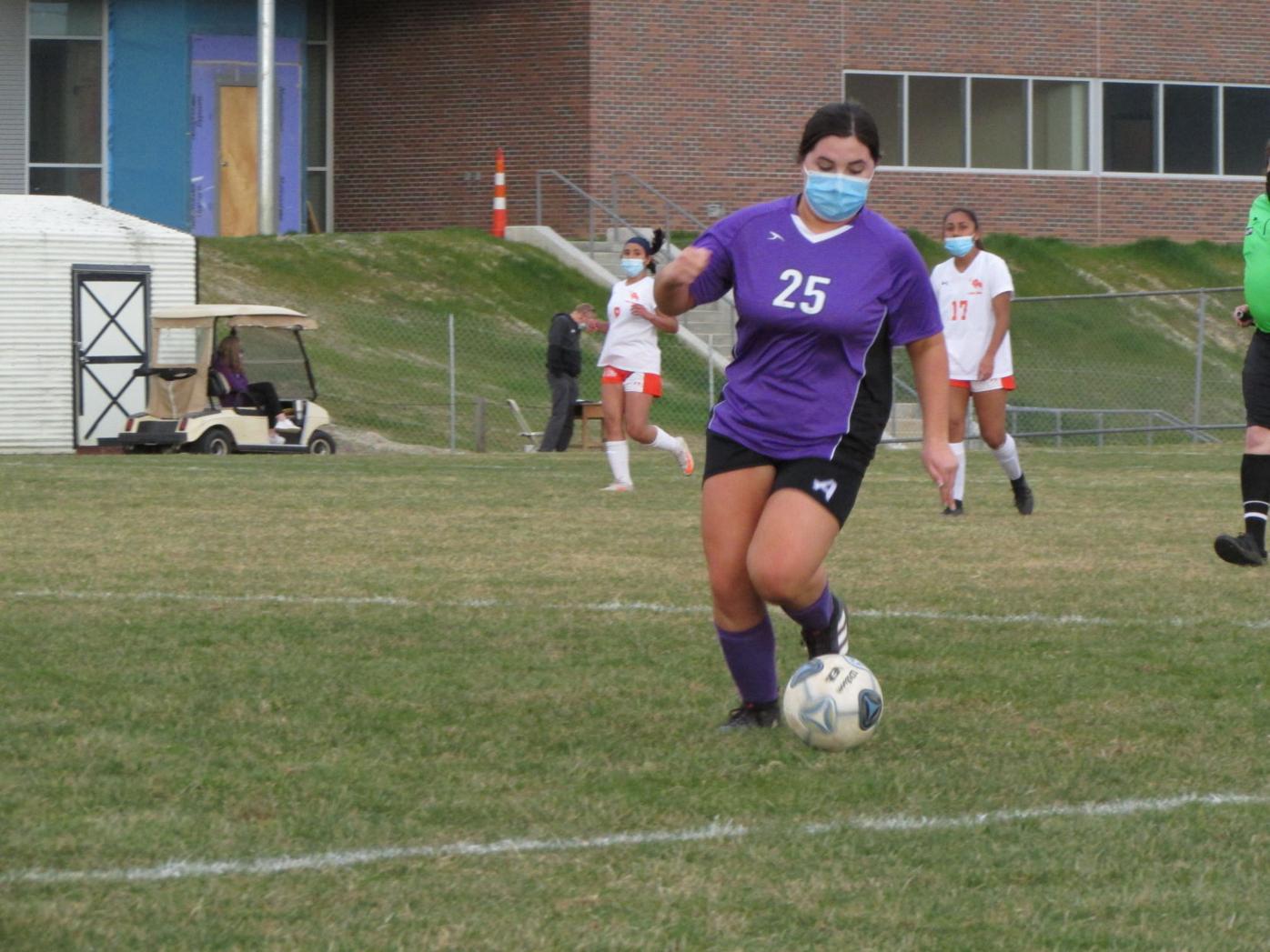 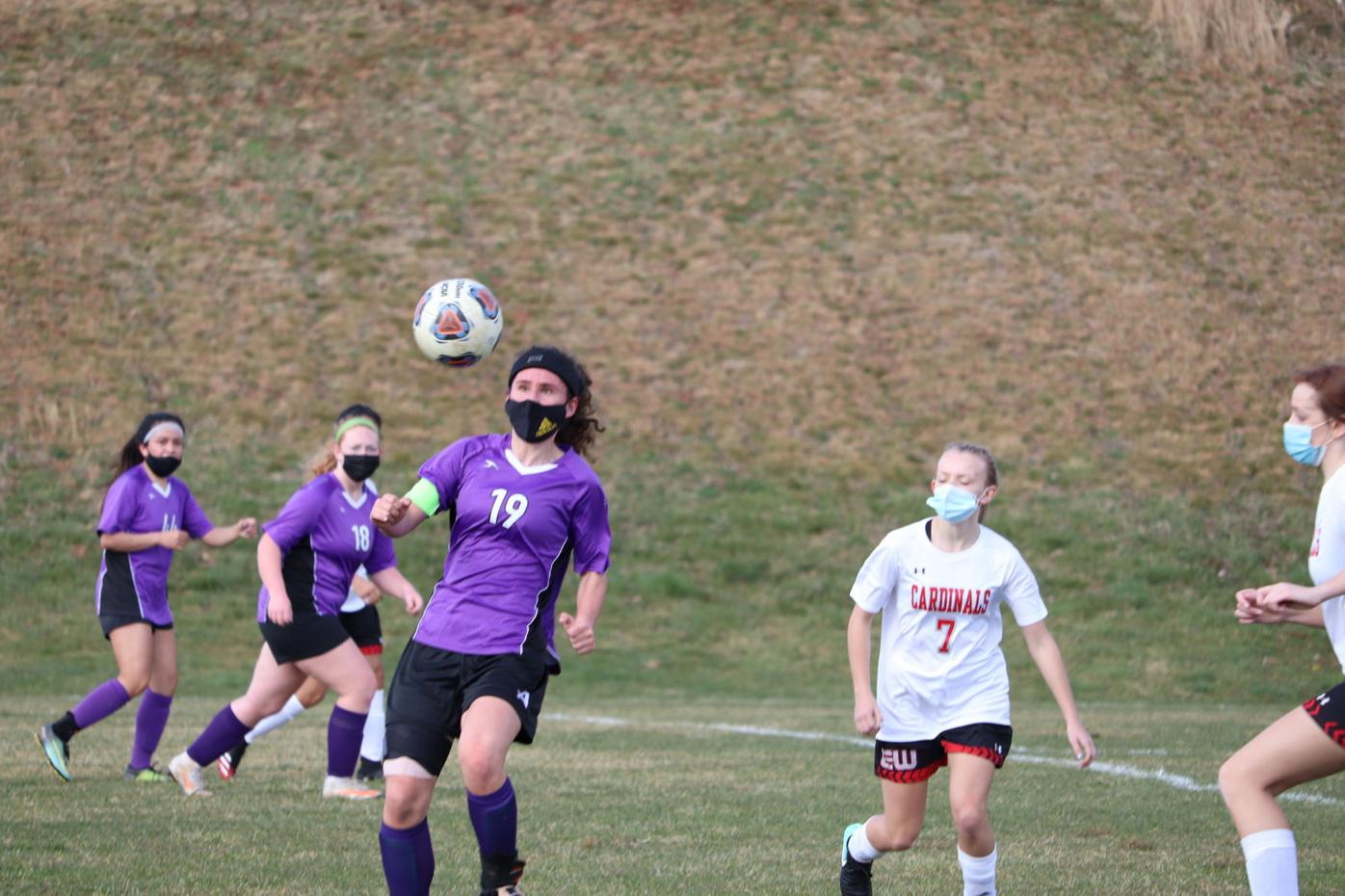 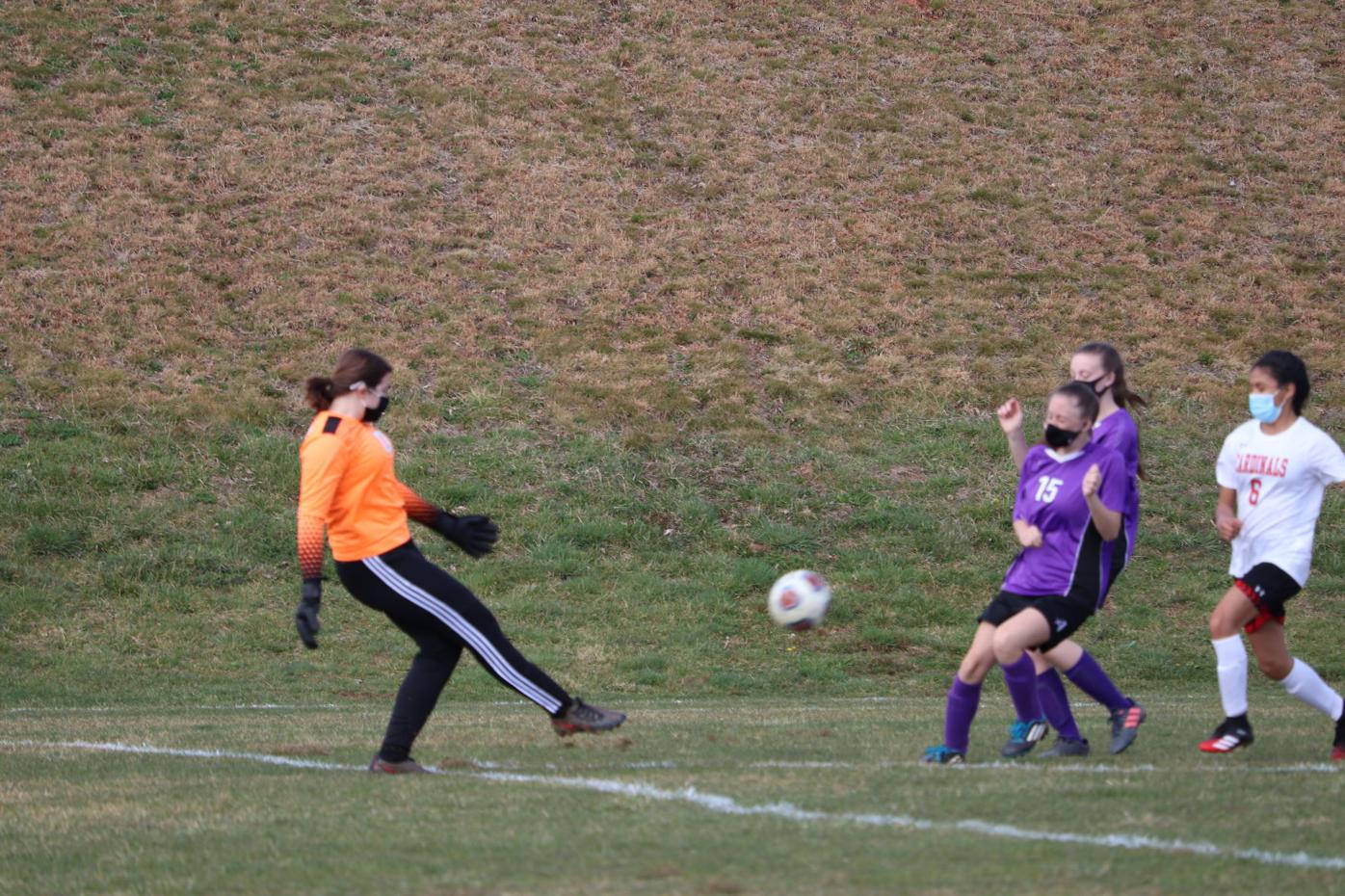 Ashe goalkeeper Sophia Kiser (0) was quick to deflect all attempts to score by East Wilkes during the match on March 24.

Ashe goalkeeper Sophia Kiser (0) was quick to deflect all attempts to score by East Wilkes during the match on March 24.

ASHE COUNTY — The Ashe County Lady Huskies soccer team ended their season on a high note as they placed second in the MVAC 1A/2A conference, coming up 11-3 overall.

Head coach Paul Winterton said it has been a great honor to coach the girls, wishing all the seniors luck in their future endeavors.

“This recent season in the coaches eyes was a success spite COVID-19,” said Winterton. “I thought the girls did a awesome job abiding by the rules. They also were a very connected team, like one big happy family. They pushed themselves to the next level and worked very well as a team by connecting passes, communicating, holding their ground and being a pretty dominating team.”

Among the team were four seniors; Jernee Ashley, Claudia Acevedo, Rebekah Blair and Sophia Kiser. Winterton said all of the girls did an outstanding job and he was proud they finished in second.

“We finished second in the conference and if it wasn’t for COVID-19 and the restricted number of teams allowed into playoffs, I do believe we would have competed strongly in the playoffs,” Winterton said.

Ashley, captain of the team, finished tremendously in her final season. She totaled 15 goals and 10 assists.

“She always gave everything she had. She was the backbone of team,” said Winterton.

He also spoke on Kiser, saying she was another fundamental piece of the puzzle. Kiser was also a captain and the goal keeper, coming in at 120 saves and eight shutouts.

“She has been one of the best goalies that i have ever coached for a girls team,” said Winterton. “Her and Jernee will truly be missed on the field.

“Our other two seniors were Claudia Acevedo and Rebekah Blair, who also did great things for this team especially with their great hustle and die hard attitudes. This year’s team never gave up and listened and communicated with everyone which led to a successful season.”

Winterton has high hopes for the seasons to come as the remaining players continue to progress and strive for greatness.

“There will be great things to come with the future of this team Especially with Jordan and Jayden Jones, Jezik Martin, Sherry Billings and the rest of the team,” said Winterton. “Sherman Lyle, Haley Miller and I are very proud of these girls and what they have accomplished. I can’t thank my coaching staff enough. They do a lot and don’t get recognized like the head coach does. I’m very thankful.”